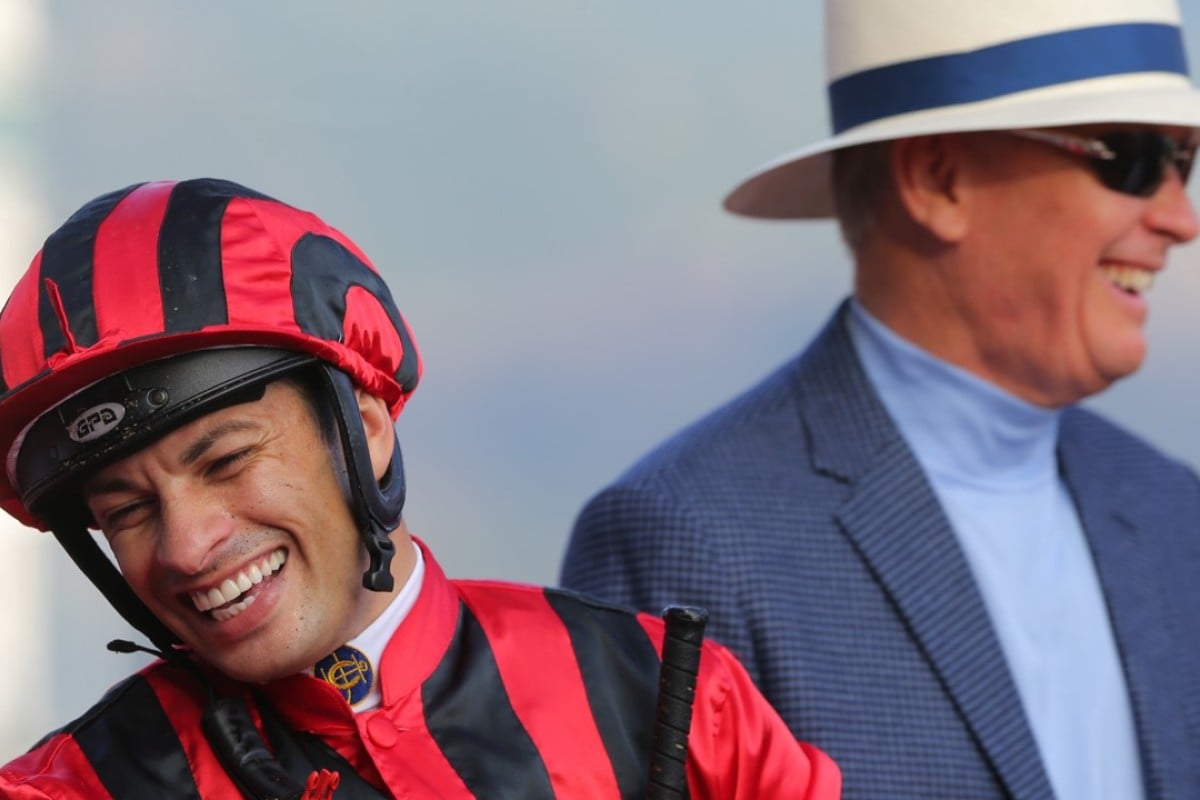 It was a scorching piece of trackwork on Friday that left trainer and jockey in no doubt that seasoned sprinter Not Listenin’tome is ready to turn back the clock on Sunday.

The eight-year-old, who has consistently placed in Group-level races during his five season career in Hong Kong, drops back to Class Two company on Sunday for the first time since 2015 in the Chevalier Construction Handicap (1,000m). Jockey Silvestre de Sousa said the 1,000m trip up the Sha Tin straight will be right up his alley after the gelding turned in a 21.4 second last 400m gallop on the all-weather track – quicker than many race sectionals he has produced in the past.

“He went too quick this morning, I couldn’t hold him,” De Sousa said.

“He looks like he has the speed so we are hoping for the run of the race.

Telling it like it is: Trainer John Moore says Not Listenin’tome has his chance to win again

“He is a very strong horse, if he gets things his way, he should be fine.”

Trainer John Moore said his sprinter had returned fresh off a second stint in the Jockey Club’s new state of the art facility in Conghua where a change in climate had the potential to reap benefits.

Not Listenin’tome also trialled in Conghua where he went toe-to-toe with Class One winner Romantic Touch in a solid 1,200m hit out. 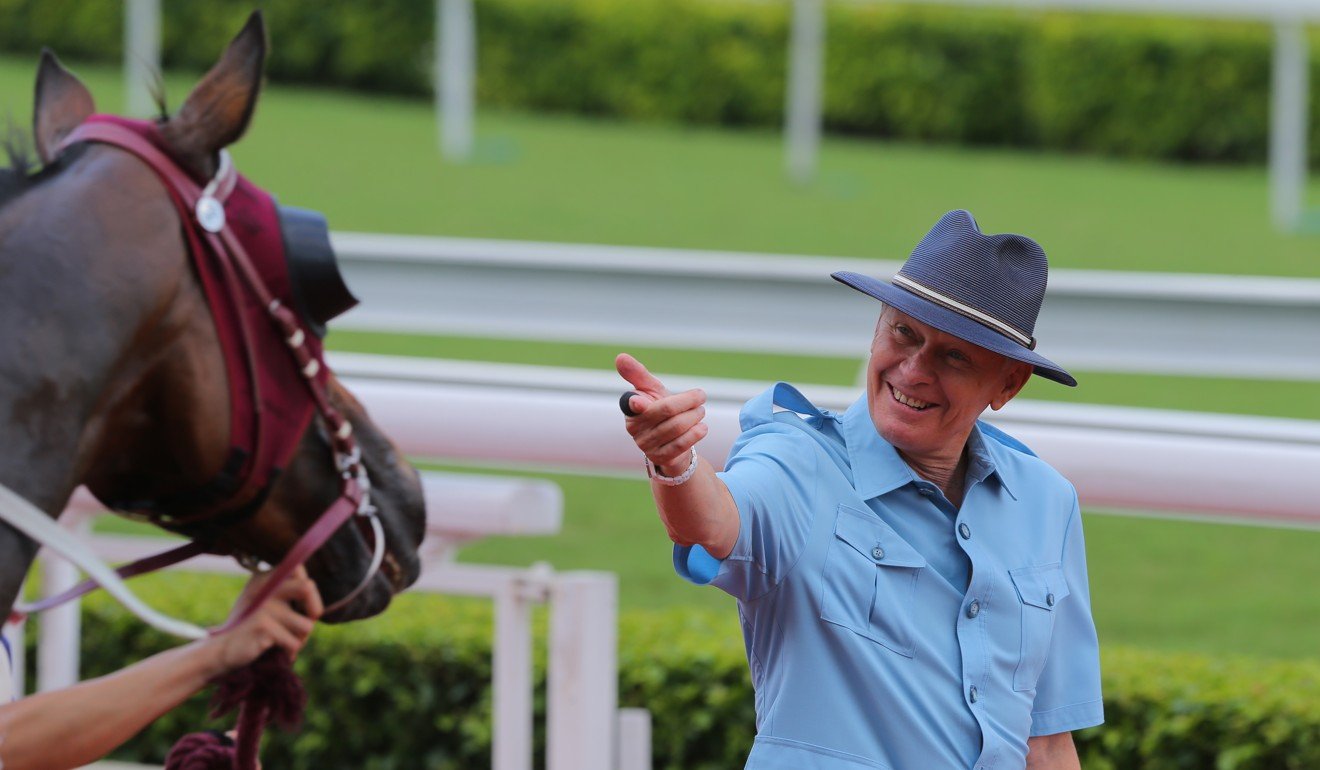 “He’s just come back from China so he is a bit woolly, I think it is two or three degrees cooler there, so some of these horses are going to come back a little bit hairy but you have to be able to accept that,” he said.

“He’s a 1,000m specialist and the speed will be no worries at all. He went bloody quick this morning, I got windburn.

“He went too quick, I said to Silvestre ‘mate you left all his good work on the track and not for the weekend’, he went so fast,” he joked.

With over 700 days since his last win, Not Listenin’tome gets his chance after racing behind the likes of Hong Kong Sprint favourites Hot King Prawn and Mr Stunning in his two starts this season. 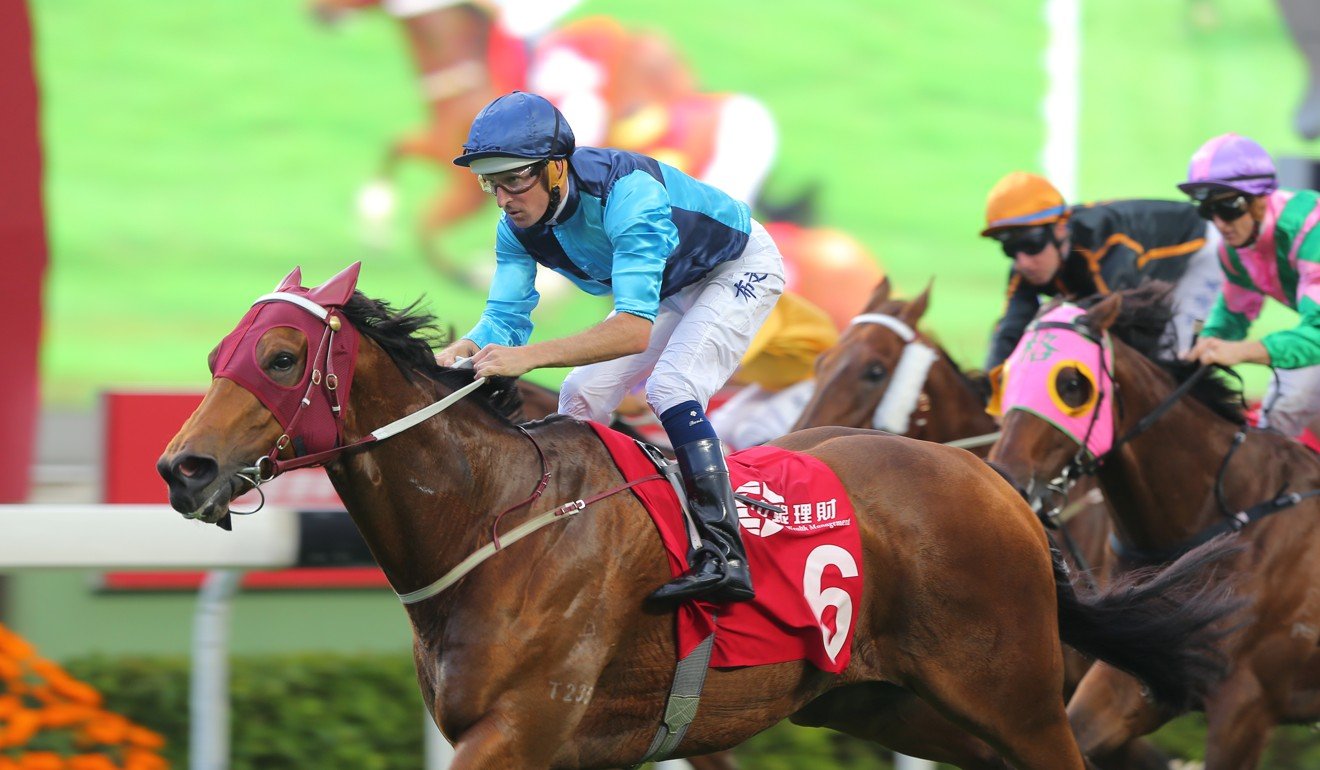 Drawing barrier nine in the field of 10, De Sousa should be able to get to the coveted outside rail.

The dramatic step down in grade will see him line up against a mix of seasoned gallopers along with potential up and coming horses.

Despite never racing over 1,000m and winning three times coming from last over 1,200m, the Richard Gibson-trained Wishful Thinker will start along with Frankie Lor Fu-chuen’s Solomon’s Bay.