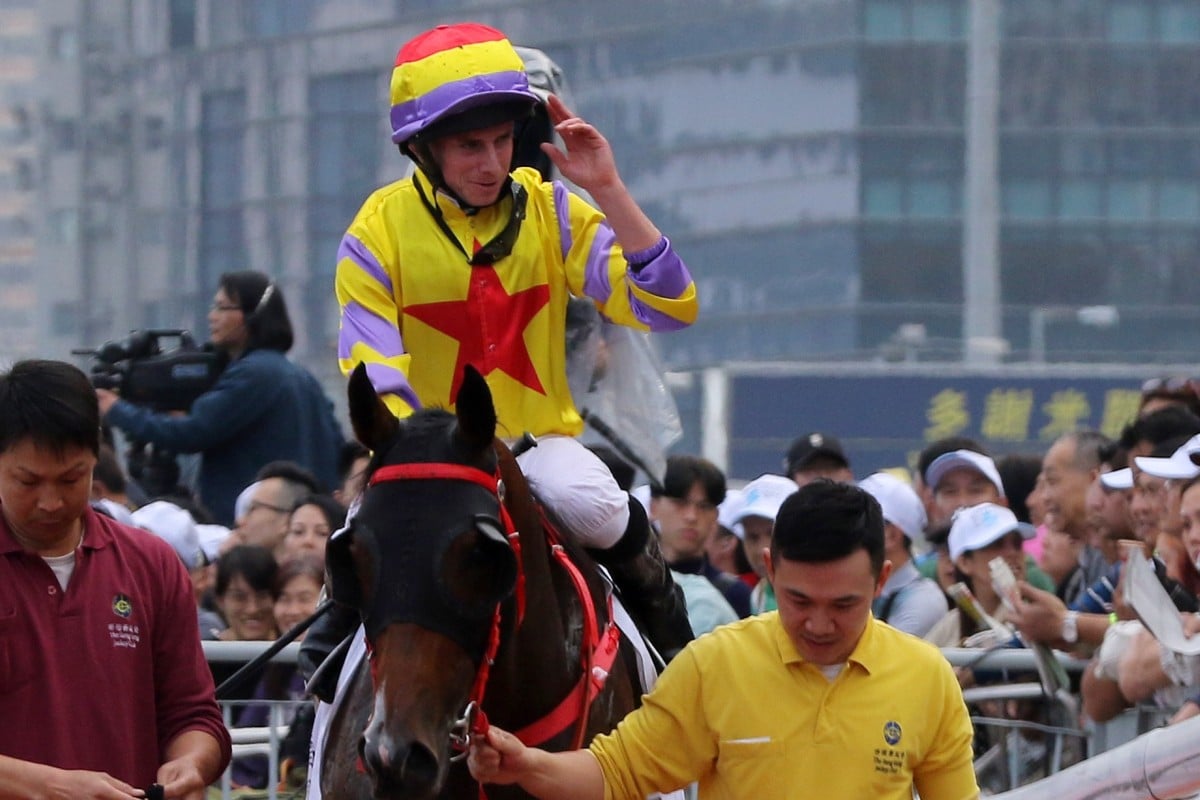 Globetrotting superstar Ryan Moore will jet into Hong Kong next weekend for a Group One hit-and-run mission for champion trainer John Size.

The Englishman will ride Size’s five-year-old Conte in the Group One Queen’s Silver Jubilee Cup (1,400m) in what shapes as a showdown with the world’s best miler Beauty Generation. Moore will also ride one of Size’s Derby hopes in the Classic Cup (1,800m) with Moreira set to ride Red Warrior. Size also has last-start winner Enrichment and Mr So And So nominated for the race.

“He’s coming. I think Joao will ride Red Warrior and I will see what else I run in the race and Ryan can ride something else,” Size said, confirming the booking. “He’s coming to ride Conte … we waited until the trials on Friday and then decided.”

Moore and Size combined to win last year’s Derby with Ping Hai Star and the pair has six wins together from 24 starts, including two Group One victories. 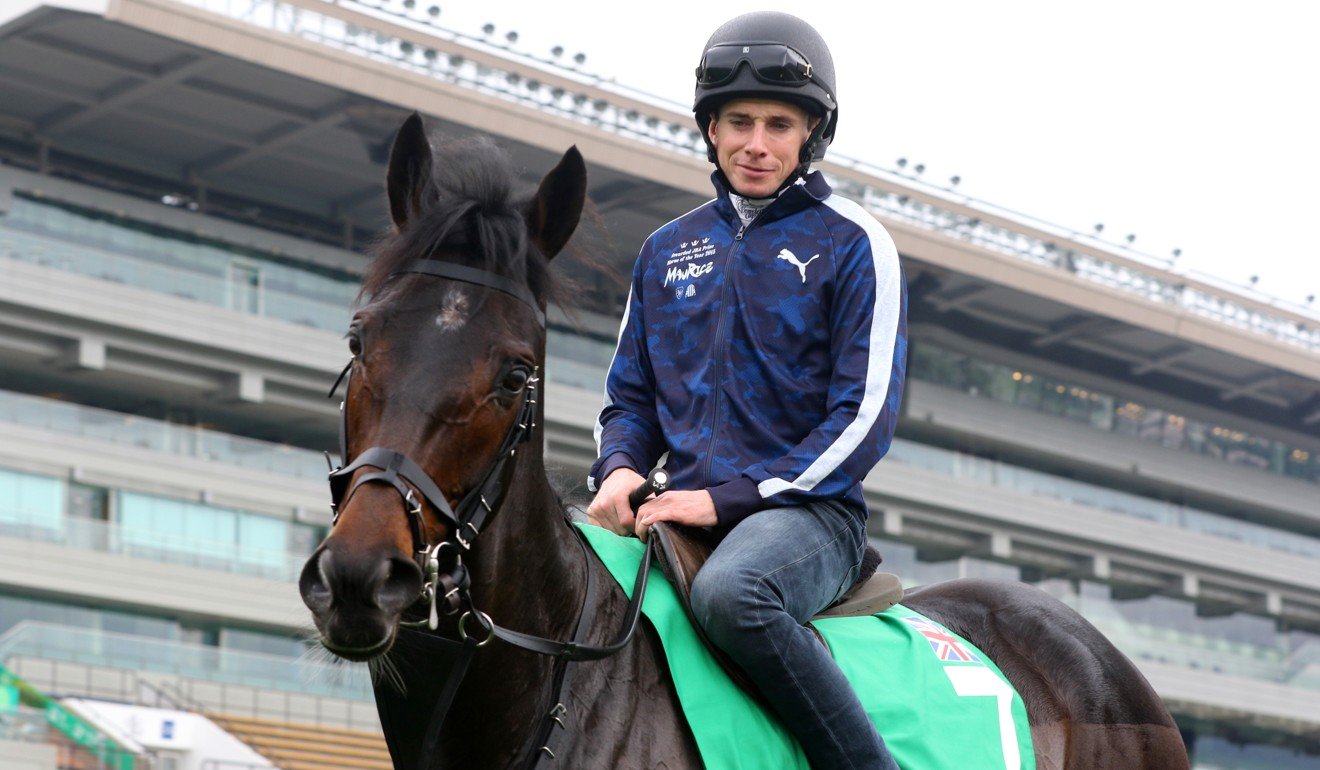 The six-year-old had put in a string of consistent performances before disappointing last start in the January Cup, but Gibson said he was confident he would improve next week.

“I am delighted to have [Moore] on, I wouldn’t write off Gold Mount’s chances, the horse, in the right race conditions, can produce a good performance,” he said.

Gibson also confirmed the stayer would not be making the trip to Qatar for the Group One H.H. The Emir’s Trophy (2,400m) after initially nominating for the US$1 million event.

It shapes as a big week for Gibson, who also races Wishful Thinker at Happy Valley on Wednesday night in the Class One Happy Valley Trophy (1,200m) and Rattan in the Queen’s Silver Jubilee Cup.

While Qatar is off the radar for Gold Mount, Gibson still remains hopeful of a trip to Dubai with Wishful Thinker should he perform well on Wednesday. 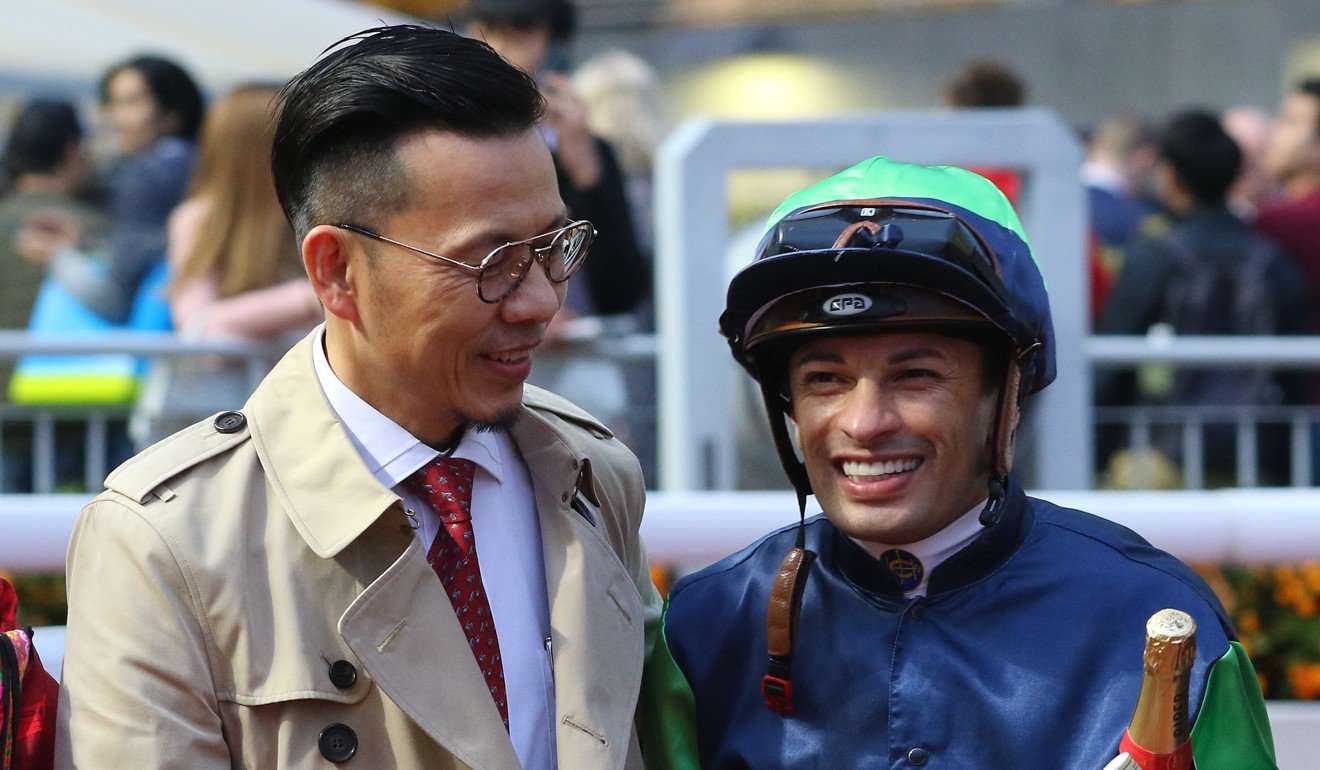 Lor and De Sousa light up the undercard

It was all about the retiring Douglas Whyte at Sha Tin on Sunday but in the background trainer Frankie Lor Fu-chuen and jockey Silvestre de Sousa continued their brilliant form, both landing three winners.

Lor took out both dirt races on the card to stretch his unbeaten run on the surface to six, with Coby Oppa too good in the Class Four Daisy Handicap (1,200m) before Noble De Love continued the run.

Coby Oppa looks a very smart type after leading all the way to win by three-and-a-quarter lengths at just his second career start.

The three-year-old is bred to thrive on the all-weather track, with his sire The Factor once a star dirt performer in the United States under the care of the legendary Bob Baffert.

“He runs so well on dirt so I will stick to that for now. He should go to Class Three and I will see what is on the programme,” Lor said.

“I didn’t think he would jump so quickly and lead, I thought we would try to make him jump and then back off because I thought two horses would be faster. For him to lead in front by himself is good.”

The final ride of @DJWhyteJockey's career & it's a fine one from Gate 14 on Uncle Steve... But the win goes to Right Choice, sealing trebles for @SilvDSousa & Frankie Lor. #HKracing #endofanera
pic.twitter.com/79MN5EpAki

The Brazilian praised Lor after landing his second treble in four days.

“He’s doing an amazing job, he’s a top trainer and he supports every jockey,” De Sousa, who also saluted aboard Tony Millard’s Super Star, said. “I’m very lucky to get a couple of nice horses for the day. As long as the winners keep rolling we’re all happy.”

Right Choice now has three wins and a second from four career starts and De Sousa sees no reason he can’t keep on racking up victories.

“I think the further he goes, the better he could be. Even when I won on him first time, I said to Frankie that I think he wants to go further and I think he is a horse that could go to 1,800m,” De Sousa said.

It wasn’t Joao Moreira’s best day on Sunday despite his victory on Enrichment, with the Brazilian suspended for his ride on beaten favourite Raging Blitzkrieg.

He pleaded guilty to careless riding and was suspended for two meetings and also fined HK$60,000.

It was Moreira’s second ban in eight days after he was outed for two meetings for careless riding last Saturday and he is barred from riding from February 20-24 and March 6-11. 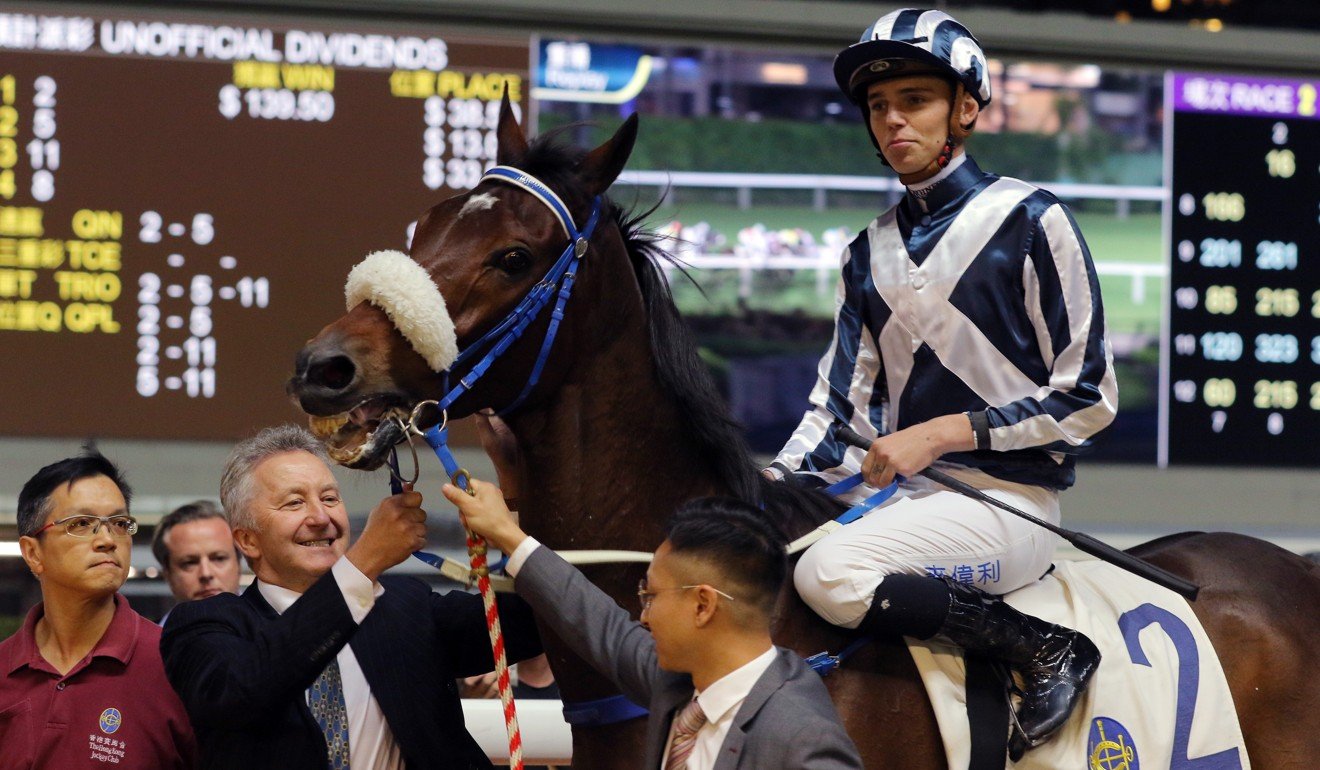 Young jockey Callan Murray remains stranded on the sidelines with an injured hip causing him trouble.

The 22-year-old was withdrawn from his last ride at Thursday’s Lunar New Year meeting and was unable to fulfil his riding commitments at Sha Tin on Sunday after being withdrawn at the eleventh hour.

Murray had surgery on the troublesome hip before starting his riding contract in Hong Kong.

With his contract expiring next Sunday, Murray will move to Singapore where he will ride for the remainder of the season.