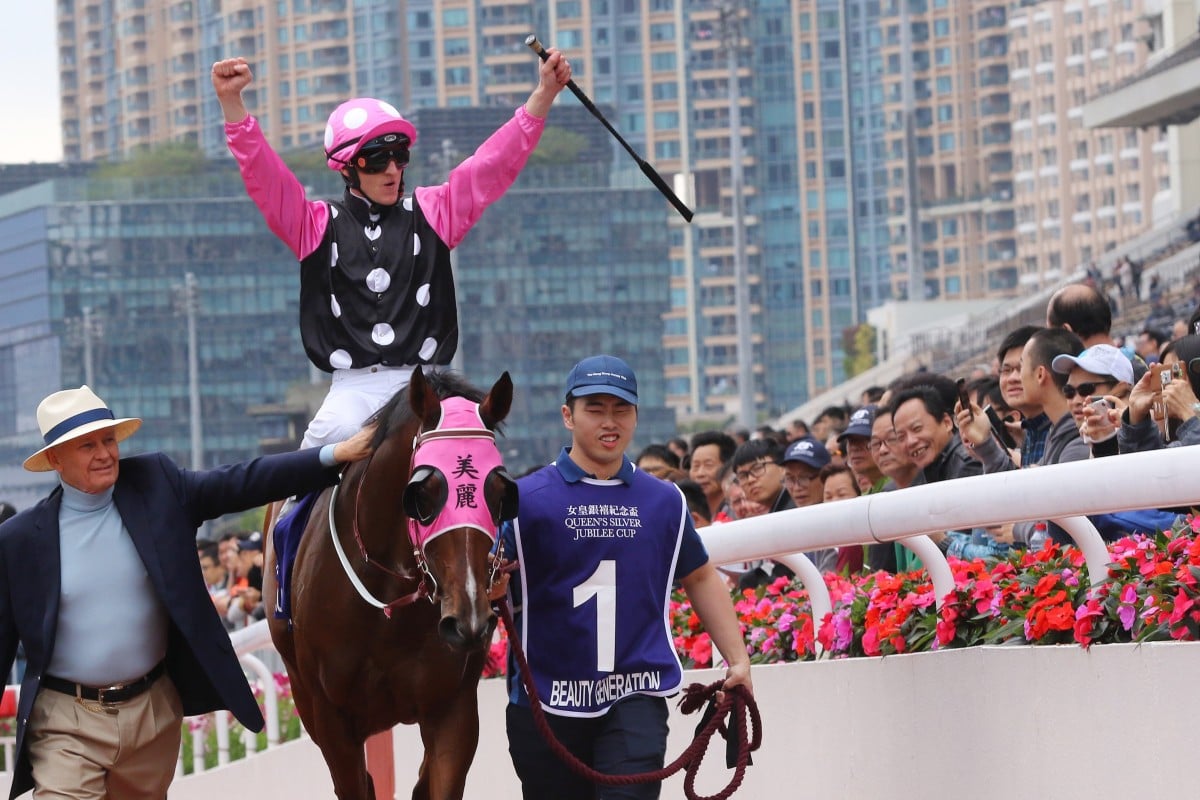 Another day, another Group One win for Beauty Generation – and jockey Zac Purton boasted the contest was over just 50m after the start.

Hong Kong’s best horse continued on his merry way at Sha Tin on Sunday, notching his sixth Group One victory as he cruised to a comprehensive win in the Queen’s Silver Jubilee Cup (1,400m).

It was the seventh straight win for John Moore’s superstar and his sixth of the term, keeping alive the dream he can go through the season undefeated.

This one looked as easy as the others, Purton confirming his rivals had no chance after they gifted Beauty Generation a soft lead.

“It was game over about 50m out of the gates,” he said. “He jumped cleanly and not many of the horses around me were going forward. There was only one horse going forward and it was Beat The Clock.

“I thought riding him as close as they did was going to nullify his turn of foot and then I felt once I got there I’d drag the sprint out of him and that’s what I did.” 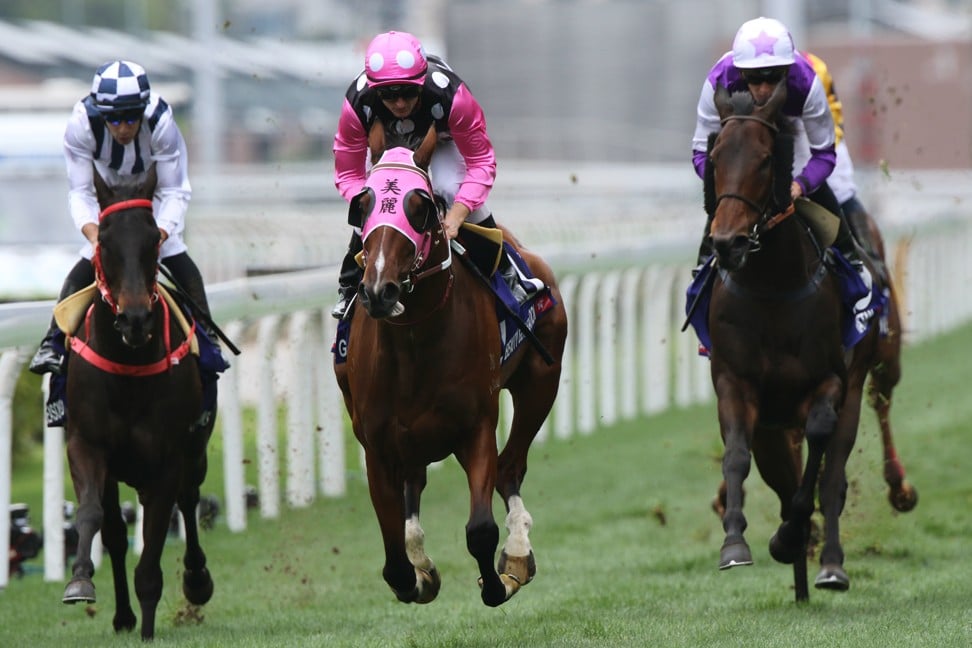 Purton was prepared for a host of different scenarios – maybe Pingwu Spark would go forward, Conte might make him work harder – but he got his preferred option.

The margins – Beat The Clock was a length and three-quarters back with Conte a neck further back in third – were not as dominant as usual, but the jockey was not fussed. 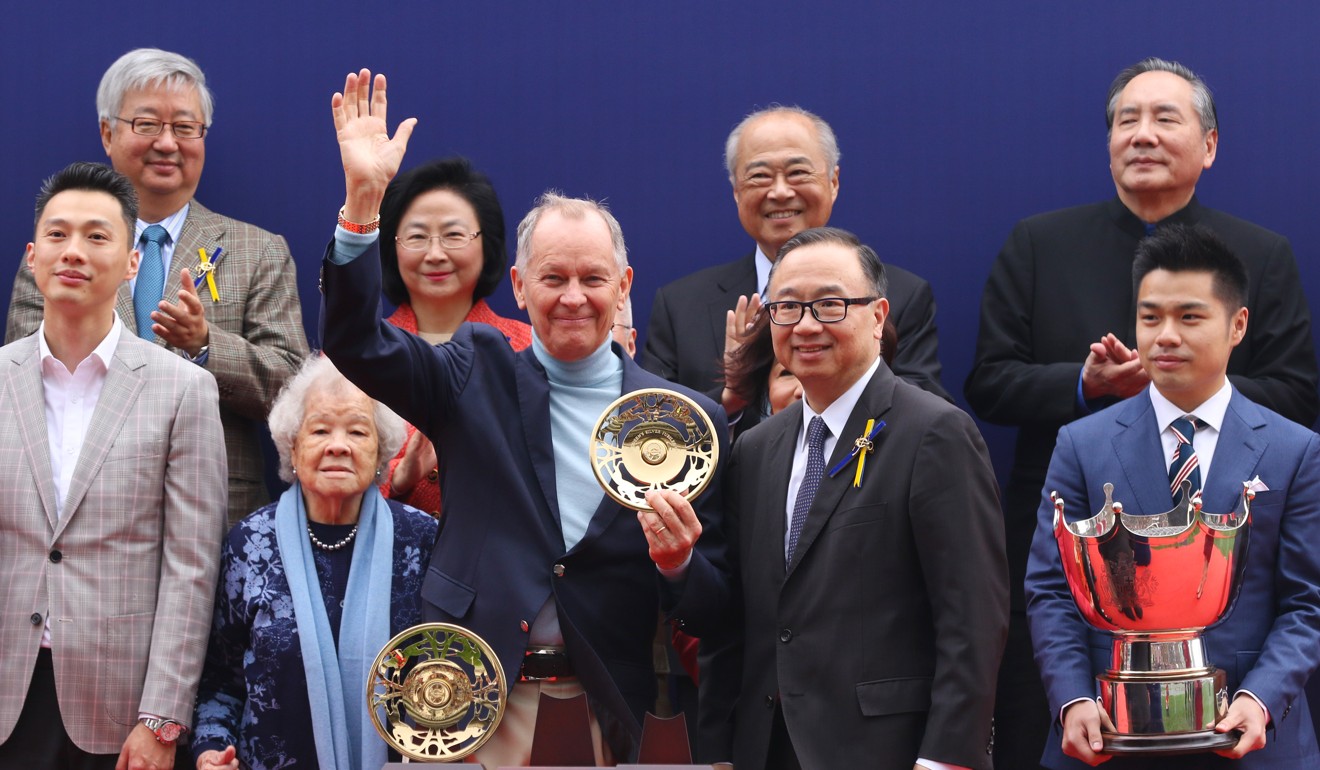 “He was back to 1,400m so it’s not his preferred trip and they were always going to get closer to him,” Purton said. “I wasn’t surprised that they were able to do that, you get back up to a mile and he’s going to win by further.”

Moore was equally bullish about Beauty Generation’s prospects heading into the race – as you should be with a horse like him.

“When I saddled him up he just wanted to knock me down and get out of the boxes. This horse is in such good form at the moment,” he said. “Today we had no hiccups leading into the race whatsoever, everything has gone exactly to plan.

“He increased the tempo at the 600m and said ‘chase me boys’ and with one reminder around the backside [he was gone]. He still hit the line and pulled up great.”

Moore revealed Beauty Generation was likely to dodge the Group Two Chairman’s Trophy (1,600m) on April 7 and just head straight to the Group One Champions Mile on April 28.

“I think the owner will be asking me to give him a little break,” he said. “So he’ll have a break for a week or so and then what I plan to do is trial him over 1,000m and then trial him over a mile and that should have him cherry ripe for the Champions Mile.”