The 60-year-old rings up three victories in a day for the first time since 2016 as Ka Ying Master, Such A Happiness and Not Usual Talent salute 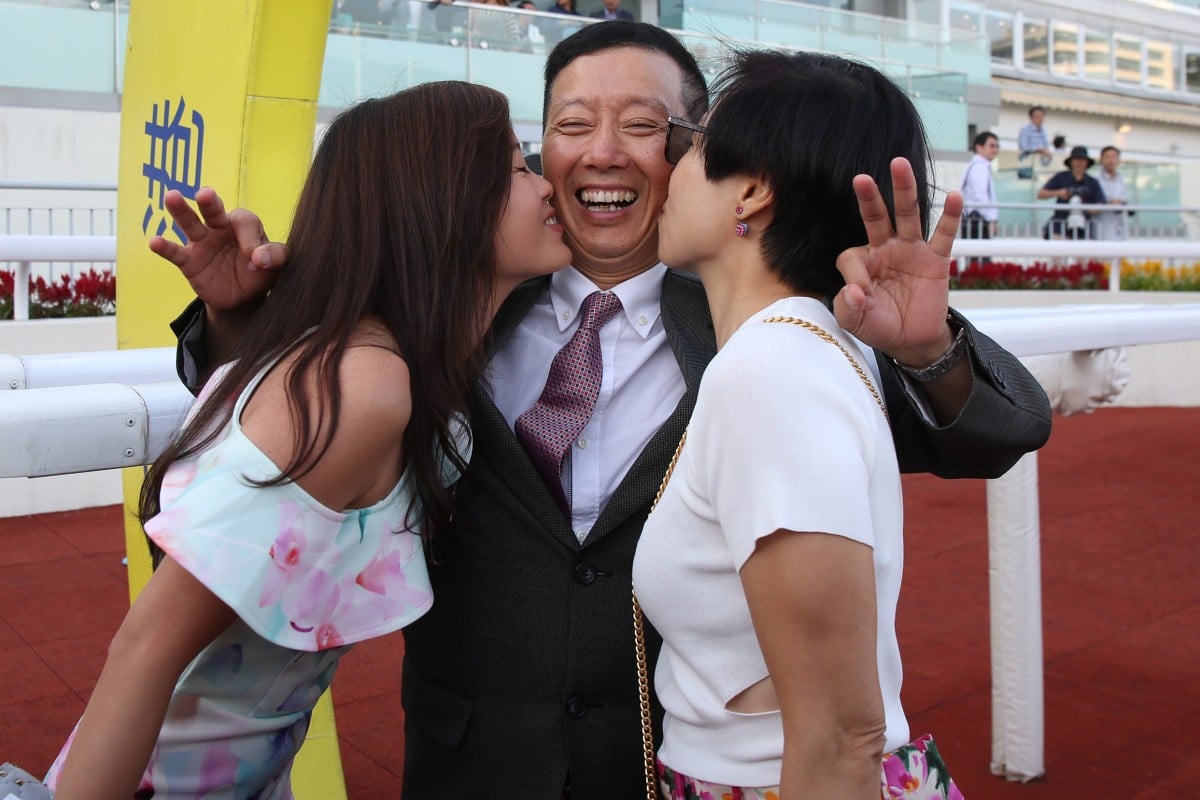 Benno Yung is all smiles as he celebrates with his family. Photos: Kenneth Chan

Benno Yung Tin-pang landed his first treble in over three years and only the third of his career at Sha Tin on Sunday, with his second victory of the day giving Joao Moreira his 800th Hong Kong winner.

The unassuming trainer was as modest as ever after watching Ka Ying Master, Such A Happiness and Not Usual Talent get the job done.

“Of course it’s quite meaningful for me and it’s good to have some more winners for the owners,” said the 60-year-old. 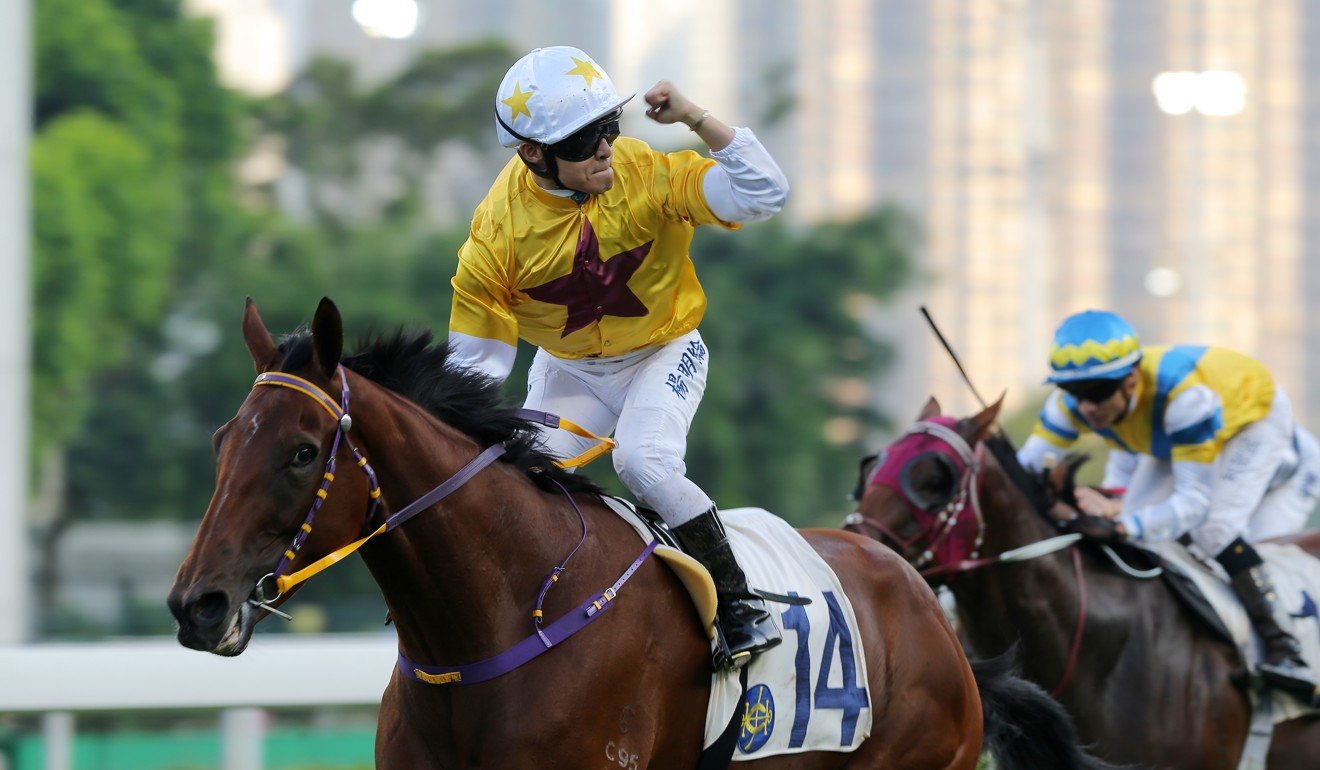 After a running double early on, Yung finished the day on a high with Not Usual Talent’s victory in the best race on the card, the Class Two Staunton Handicap (1,600m).

Despite facing the likes of John Size’s Hezthewonforus and the smart Harmony Victory, Yung said he was confident his four-year-old could ring up his second win at start nine.

“We got a decent draw [six] and it looked like there was going to be a lot of speed. I told Keith [Yeung Ming-lun] he had to ride him quiet because they were probably going to go very fast,” Yung said.

Go fast they did, with Not Usual Talent cutting the ribbon nearly a second and a half inside of standard and only 0.32 of a second slower than Beauty Generation’s track record.

The consistent gelding has proven capable from a mile up to 2,000m and Yung expects a better horse next season, but is not sure just how good he will be.

Not Usual Talent roars home in the last to give Benno Yung a treble and Keith Yeung a double! #HKracing pic.twitter.com/keXe5lJ9Jw

“He has got more to give, we will need to test him more [before we know how good he can be],” he said.

Ka Ying Master was impressive on debut, taking out the Class Four D’Aguilar Handicap (1,000m) from another first-starter in the Caspar Fownes-trained Super Kin.

“I think he’s got a good future. I think in time he’ll get over further, his pedigree suggests he’s not just a sprinter,” Yung said. “He’s always shown us he has some ability.”

Such A Happiness returned to the winner’s list at this third start back after leg issues kept the five-year-old away from the track for nearly 15 months, with Yung pleased he could repay the patience of the owners.

“He had a setback and it took him a while to get over it, luckily the owner gave me a lot of time and trust so I could fix him and the owner deserves this win,” he said.

Yeung rung up a double for Yung, saluting on Ka Ying Master and Not Usual Talent to take the pair’s win tally for the season to 10.

After sitting in the back half of the field in the run, Yeung swung Not Usual Talent out into the middle of the track rounding the turn for home and mowed down the leaders to post a comfortable two-and-a-half length win over John Moore’s Grand Chancellor.

Moreira became the fastest jockey to achieve 800 wins, hitting the mark with ride number 3,563, and is only the fifth rider to do it after Tony Cruz, Douglas Whyte, Brett Prebble and Zac Purton, but said the milestone was not one he’ll be dwelling on.

“It’s a nice round number but I don’t want to get stuck there, I want to be moving forward,” he said. “I wasn’t even thinking about it. I honestly thought I’d reached it before but it’s come along just a couple of race meetings after that.”

Moreira’s win on Such A Happiness was sandwiched between victories on impressive youngster Winning Method and the John Size-trained Beauty Applause as the Brazilian raced to a treble inside the first five races.