Lau, who produced a clean sweep of the inaugural Hong Kong Macau interport series with Crown’s Gift back in 2004, knows exactly the task his five-year-old faces and is eager to test him against the likes of Exultant and Southern Legend.

“Competing in Hong Kong is always a hard task but if you don’t do it we will never know how good he is,” Lau said. 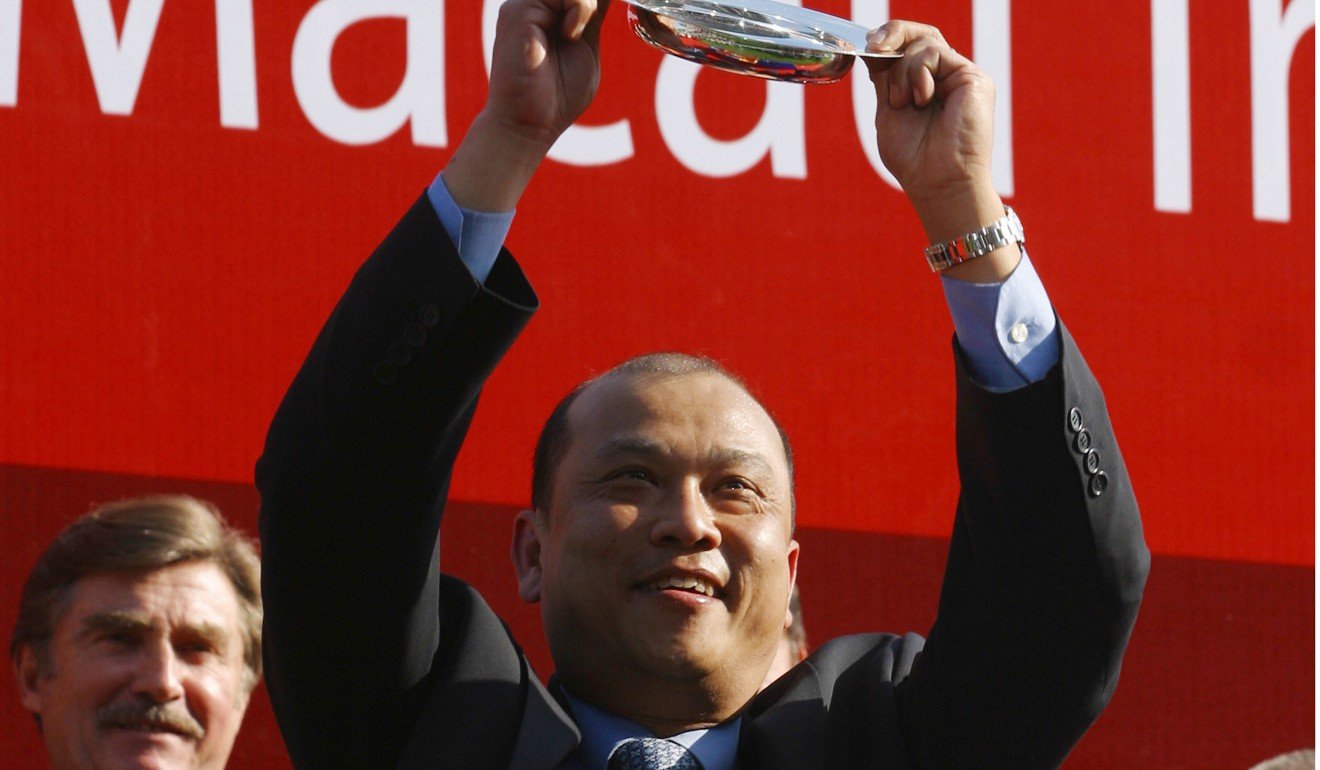 “He’s one of the better horses in Macau but whether he’s good enough to compete against the Hong Kong horses, there is a question mark. We shall find out.”

Giving Lau some confidence is the fact the Ladies’ Purse is very much Sacred Capital’s grand final, while for Hong Kong’s heavy hitters the race is a mere stepping stone to December’s international races.

“You’ve got the best stayer in Hong Kong in Exultant, but it’s having its first run and a lot of these horses are aiming for further,” he said.

“If he can run into a placing I will be very happy. This race is testing material for him.”

Sacred Capital is the third-highest rated horse in Macau at 115 after winning the Macau Derby (1,800m) and the Macau Gold Cup (1,800m) – both local Group Ones – and he boasts a formline that suggests he can be competitive on Sunday.

Topping Macau’s ratings list is Pearl Green, who finished fourth in May’s Class One Hong Kong Macau Trophy (1,400m) at Sha Tin and who Sacred Capital saw off by a dominant three-and-three-quarter lengths to win the Gold Cup in August.

Sacred Capital was freshened for seven weeks after that run and finished back in the field on his return on October 13, however Lau isn’t reading anything into that result: “He was unlucky in that run.” The gelding, who won once from six starts in Australia when named Rellson, travelled to Hong Kong by boat on Monday and Lau says he has handled the trip well.

“It’s not always easy coming by the barge for the first time. It’s a pretty long exercise but he’s not too bad,” the trainer said of his charge, who produced a 24.5-second 400m gallop on Thursday morning.

Peter Ho Wah-lun, who is Frankie Lor Fu-chuen’s brother-in-law, takes the ride on Sacred Capital and returns to a track where he has also experienced success in the past.

He partnered seven horses on Hong Kong Macau Trophy day in May this year and saluted for Lor aboard Voyage King on the same day last year.

“He knows the horse, he has ridden him in all his starts and he’s ridden in Hong Kong before so it shouldn’t be a problem for him,” Lau said.