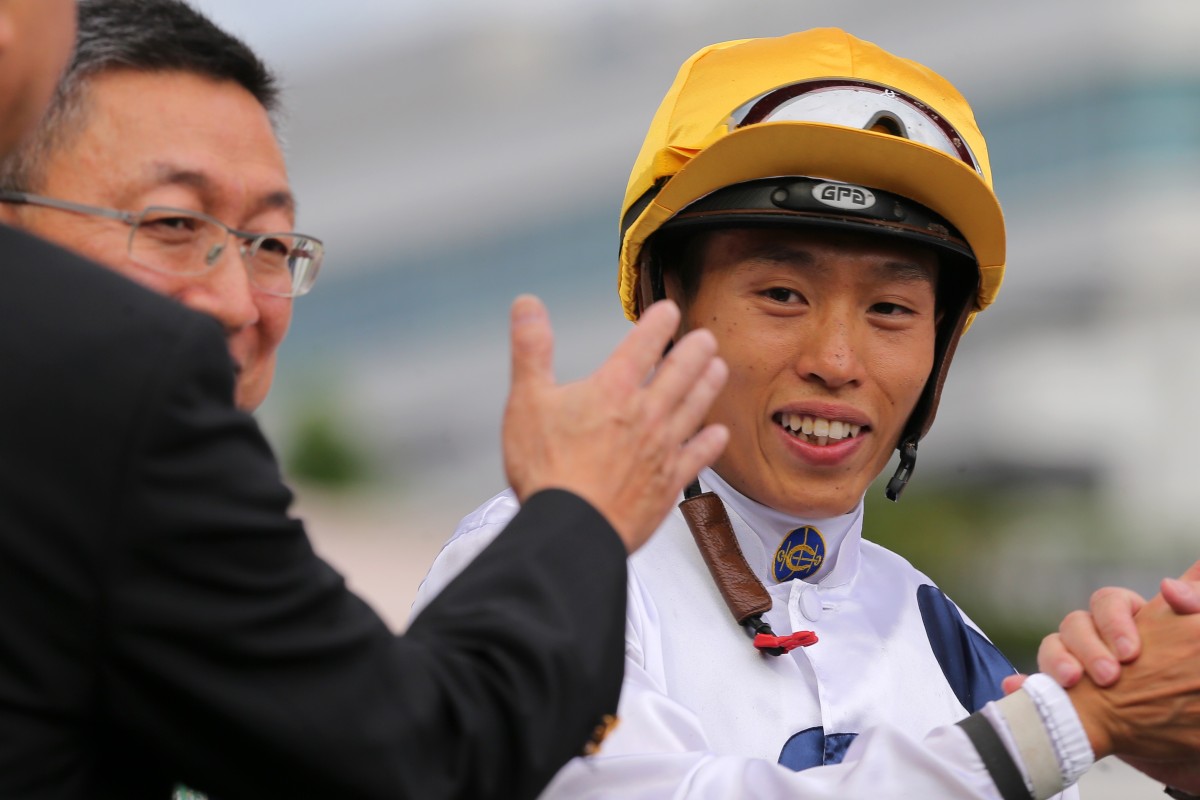 Progressive youngster Golden Sixty will have no problem stepping up in trip to be a Classic Mile contender come January, his jockey Vincent Ho Chak-yiu believes.

The Francis Lui Kin-wai-trained four-year-old boasts a near-perfect record and steps out again on Saturday in the Class Two Chevalier Property Investment Handicap (1,400m), where he will carry the top weight of 133 pounds.

While many promising types hit a proverbial wall when entering Class Two, Golden Sixty could not have been more impressive in his first go in the grade, dashing clear to win easily under Ho.

Ho said the win quashed any concerns about his ability to step up over an extended trip. 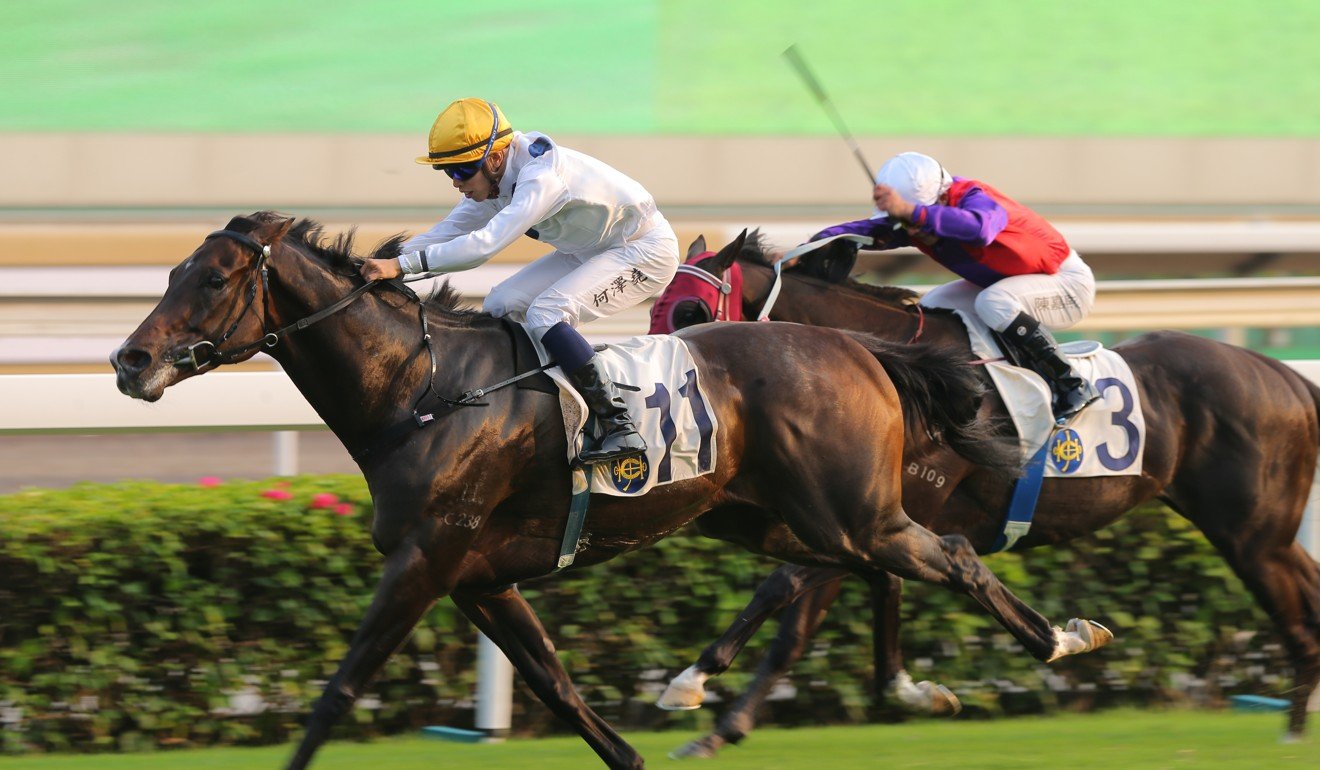 “He ran really well, even stepping up to 1,400m, it made us think he would have no problems getting up to the mile,” he said.

“He is a miler for sure, not just a sprinter. As long as he can relax, he can sprint home really well.”

With a rating of 94 already, Lui is under no pressure to get Golden Sixty’s mark up to gain a start in the Classic Mile.

Even with his impressive last-start victory, Ho said he won’t get it as easy this time out with 133 pounds.

“We already know he is a good horse, but top weight over 1,400m won’t be easy,” he said. “I think he can still handle it – he will run good, but whether he wins or not is another question.”

If he does happen to win, future races become scarce for Golden Sixty with his rating a chance to tip over 100, meaning he would be likely to have no more than two further starts before the Classic Mile on January 27.

“There are still some more races in December for him, we still have a while to go until the Classic Mile,” he said. “It is exciting, the feeling he gives me is that he is one of the top ones in Hong Kong for sure.”

The Frankie Lor Fu-chuen-trained galloper has promised plenty over his career but often failed to capitalise on his opportunities.

With Golden Sixty’s defeat in his first step up to 1,400m still fresh in punters’ minds, Ho said it had been written-off by connections after rushing their way to the race. 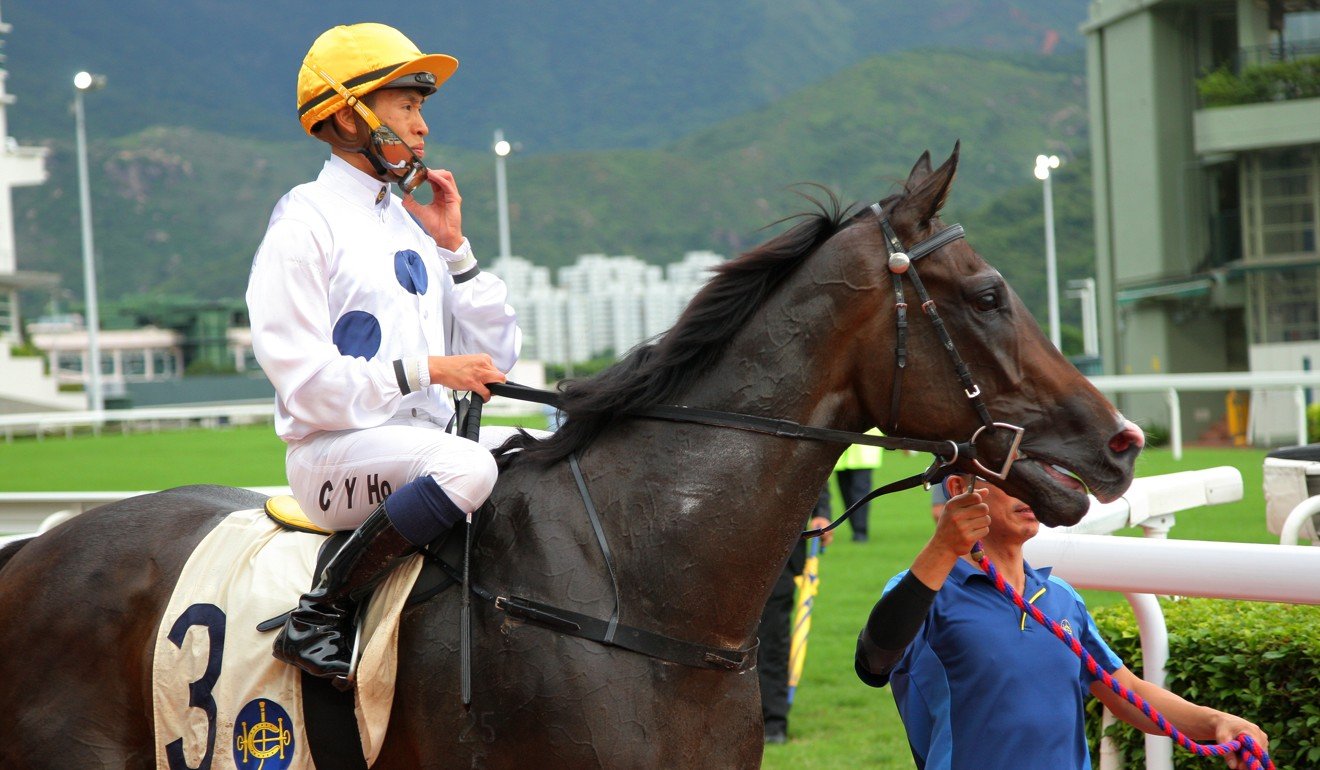 “That time, he should not have even been running because last season after he won, we decided to put him away and then all of a sudden we were running over 1,400m,” he said.

“That wasn’t in the plan, it was all in a rush so we stepped him up without any progressive work, no trials, no jump-outs. He shouldn’t have been running so you can just forget that run all together.

Beauty Rush will be ridden by Australian jockey Zac Purton for the first time with trainer John Size stepping the four-year-old up in trip.

Formerly owned by Godolphin in Australia and raced under the name Tin Hat, Beauty Rush raced over 1,400m just once, in the Group Two VRC Sires’ Produce, where he ran fifth.