Douglas Whyte makes trademark splash on IJC night, this time as a trainer 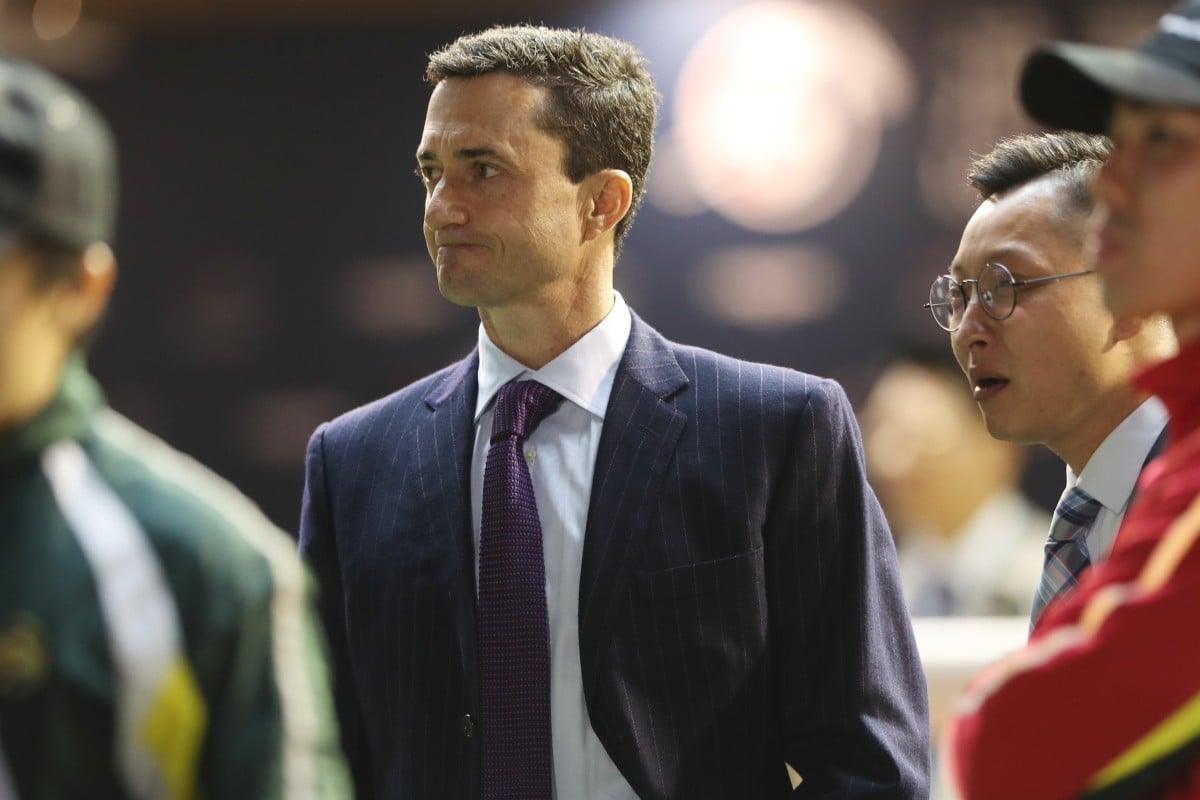 Douglas Whyte after the win of I’m The Conquist at Happy Valley on Wednesday night. Photos: Kenneth Chan

Douglas Whyte made International Jockeys’ Championship night his own when he was in the saddle and the Hong Kong racing legend made sure he was not leaving Happy Valley empty-handed as a trainer on Wednesday night.

Whyte won the IJC three times as a jockey and openly admits he misses riding winners, but I’m The Conquist’s win in the Class Five Japan Handicap (1,200m) made the night that much sweeter.

Previously a 21-start maiden, I’m The Conquist was heavily backed into favouritism and won accordingly, with jockey Alberto Sanna lifting the five-year-old off the canvas halfway up the straight. 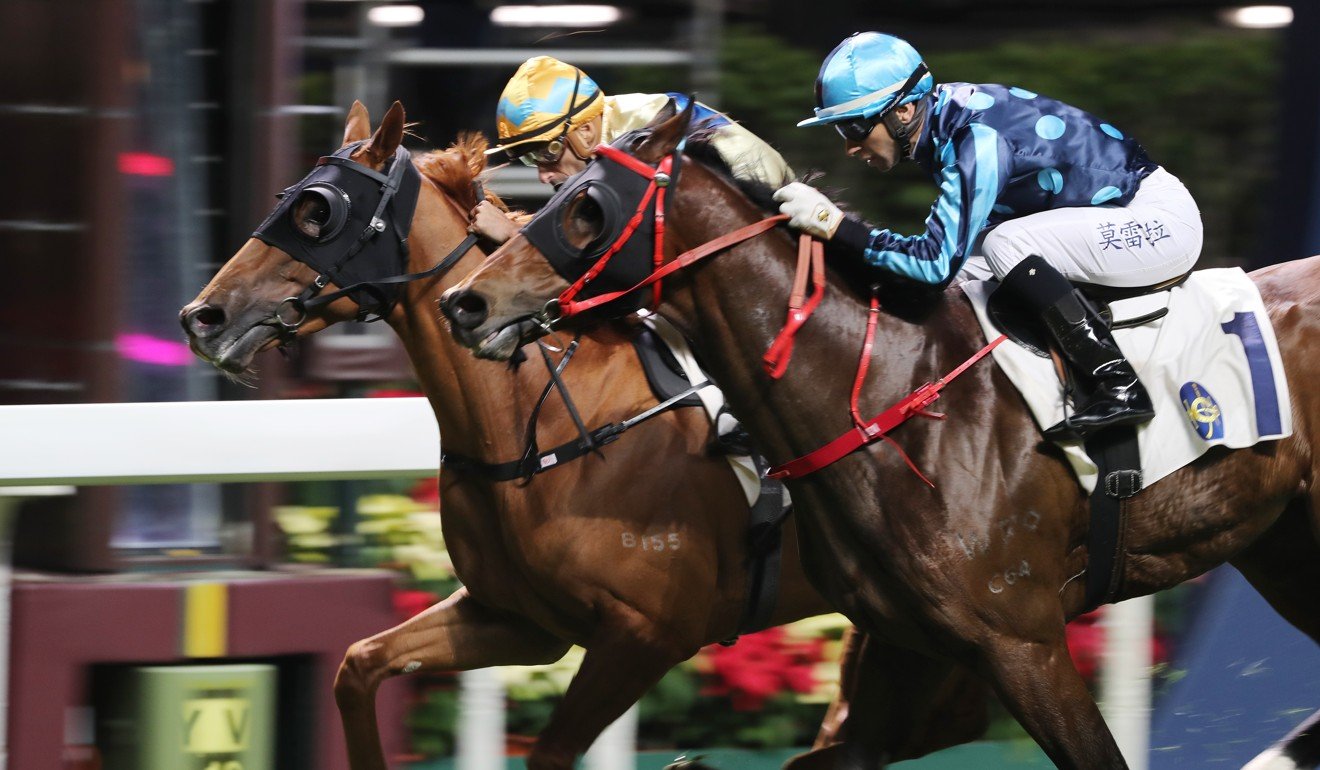 “There are a lot of memories this evening. To get a winner, it is fond memories,” Whyte said.

“I do miss [riding on the night], but this makes it even sweeter, especially when you have had as much to do with the horse himself.”

Formerly trained by Manfred Man Ka-leung and Derek Cruz, I’m The Conquist had only finished in the placings once before transferring to Whyte’s stables at the end of last season.

After experimenting with different surfaces and distances, Whyte gave the gelding a month-long break before producing him for Wednesday night’s win.

“It has taken a bit of time to work him out, he wants to be on the fresh side and he certainly indicates in the mornings that he overworks so you have to really slow him down,” he said.

“I have given him a slight break and brought him back and he is a transformed horse.”

The win takes Whyte to 10 for the season. 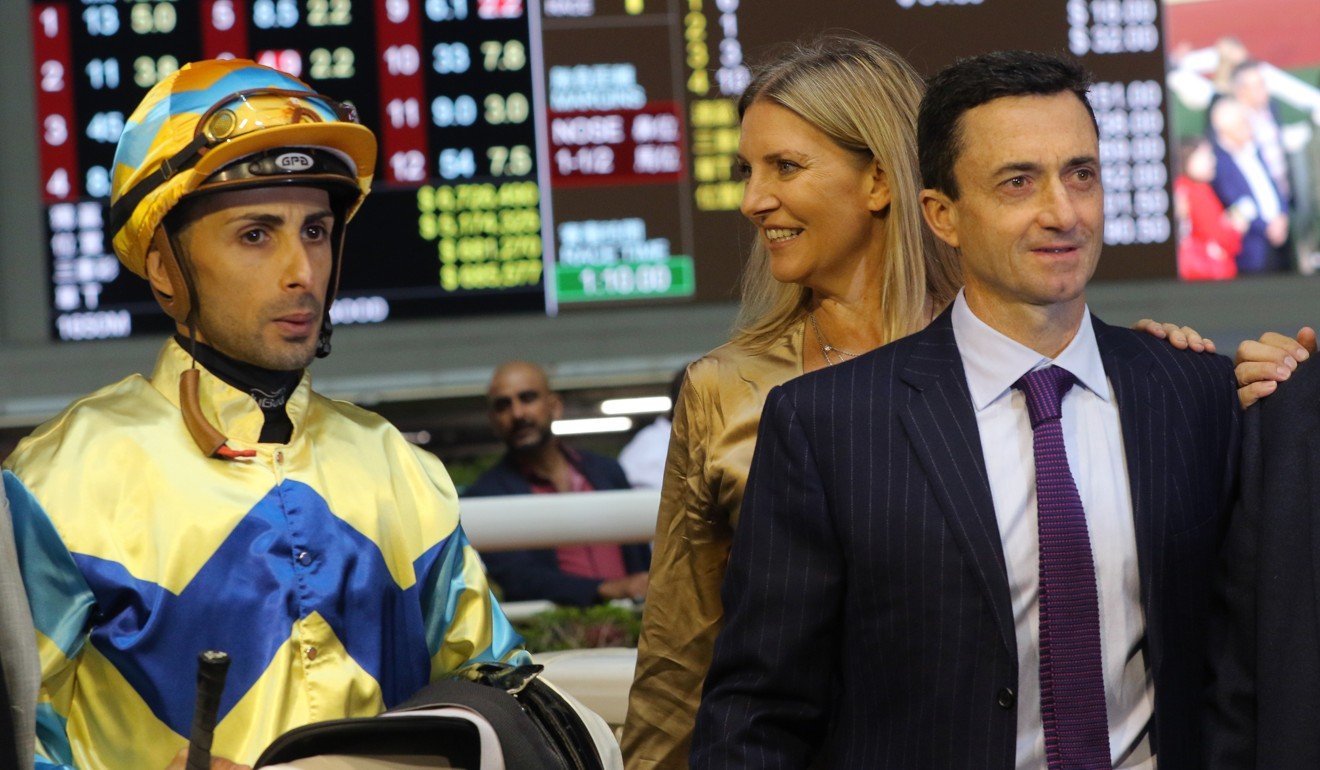 While he is only three months into his training career, Whyte said it hurts him to not have a runner in Sunday’s four Group One Hong Kong International Races.

The win marks five winners together for Whyte and Sanna, who have formed a formidable combination this season.

However with the jockey facing a 12-meeting suspension after Sunday, his Hong Kong riding career hangs in the balance with his short-term licence due to run out during his time on the sidelines.

“He rode another great race there, he is doing a lot of work for me and the results are showing themselves,” Whyte said.

“It is what it is, I am not here to comment on anything, he now has to sit it out and do what he has to do, he’s got to come back stronger from it.”

With seven jockeys flying in for the night, rival trainer David Ferraris took advantage of Englishman Ryan Moore’s presence, teaming up with him to win the Class Four France Handicap (1,200m) with Winning Feeling.

The South African handler said he had been sweating on an inside gate for the four-year-old, and finally got one on Wednesday night.

“He was a winner waiting to happen, all he needed was a gate. His last run was good, a cracking run. Blinkers on, I was very confident tonight,” he said.

Having combined for four winners together dating back to 2014, Ferraris said he often attempted to get Moore on his horses when he was in town.

“I just phoned him and said ‘I’ve got some good rides for you, they’re not in the international races’ and he said ‘no problem’,” he said.

“He does try to ride for me when he’s here and I try and give him my best. It worked out well. It was an excellent ride.” 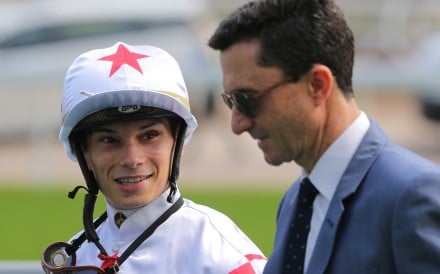