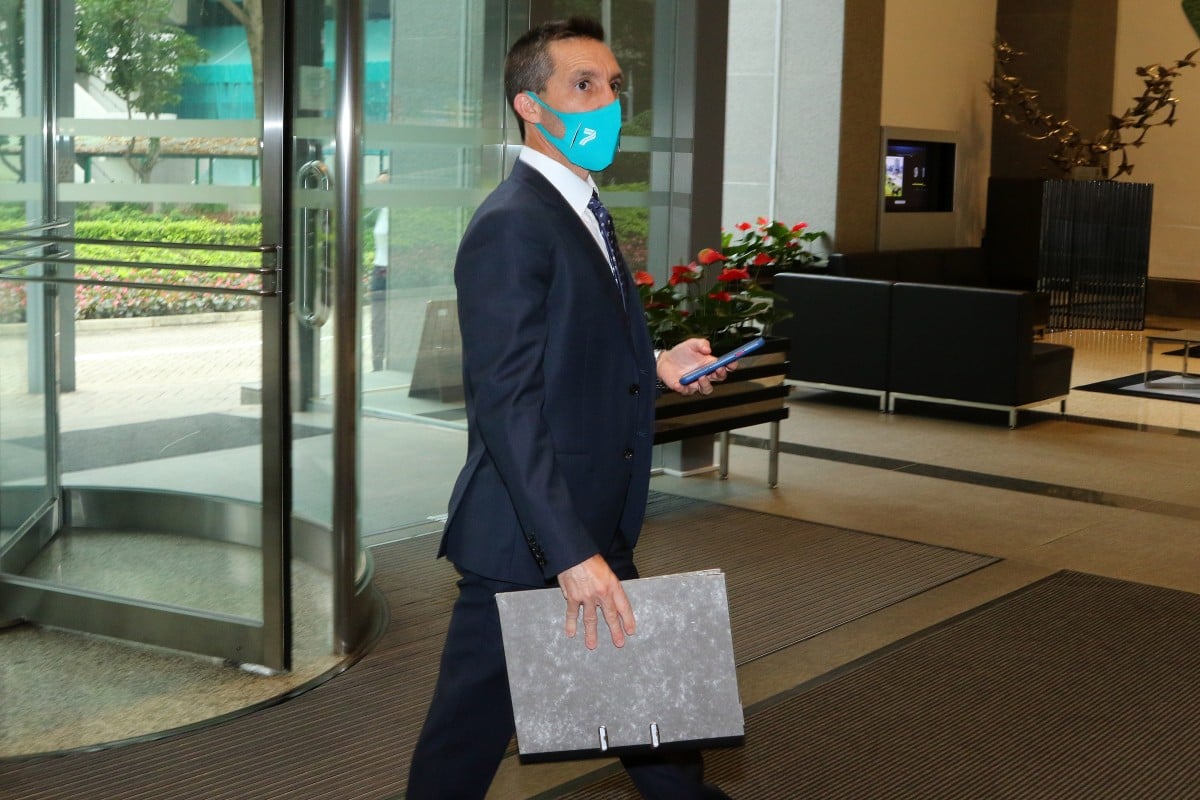 Neil Callan’s career as a jockey in Hong Kong is over.

The Irishman was called to front the Jockey Club’s licensing committee on Wednesday morning to “consider the status” of his licence after being disrespectful during a stewards’ inquiry at the Happy Valley meeting on February 3.

Callan made the trip into Jockey Club headquarters on Sports Road to state his case but failed to convince them to let him continue on for the remainder of the term, the committee instead opting to put him on the sidelines immediately.

“His licence has been suspended until the end of the season,” Jockey Club executive director of racing Andrew Harding said, confirming that Callan is unable to ride anywhere else until the conclusion of the Hong Kong term on July 14.

The 42-year-old had five rides at Happy Valley on Thursday night but won’t be able to take part with replacements named.

Owners’ Star will now be ridden by Zac Purton, Ruan Maia jumps on Super Commander, Antoine Hamelin gets call-up on Multipower and California Concord while Joao Moreira will partner Mudita.

Callan, who piloted Mighty Giant to victory in the Group Two Chairman’s Trophy at Sha Tin on Monday, has three days to lodge notice of an appeal but has confirmed he won’t be doing that and will discuss the issue publicly at a later date. 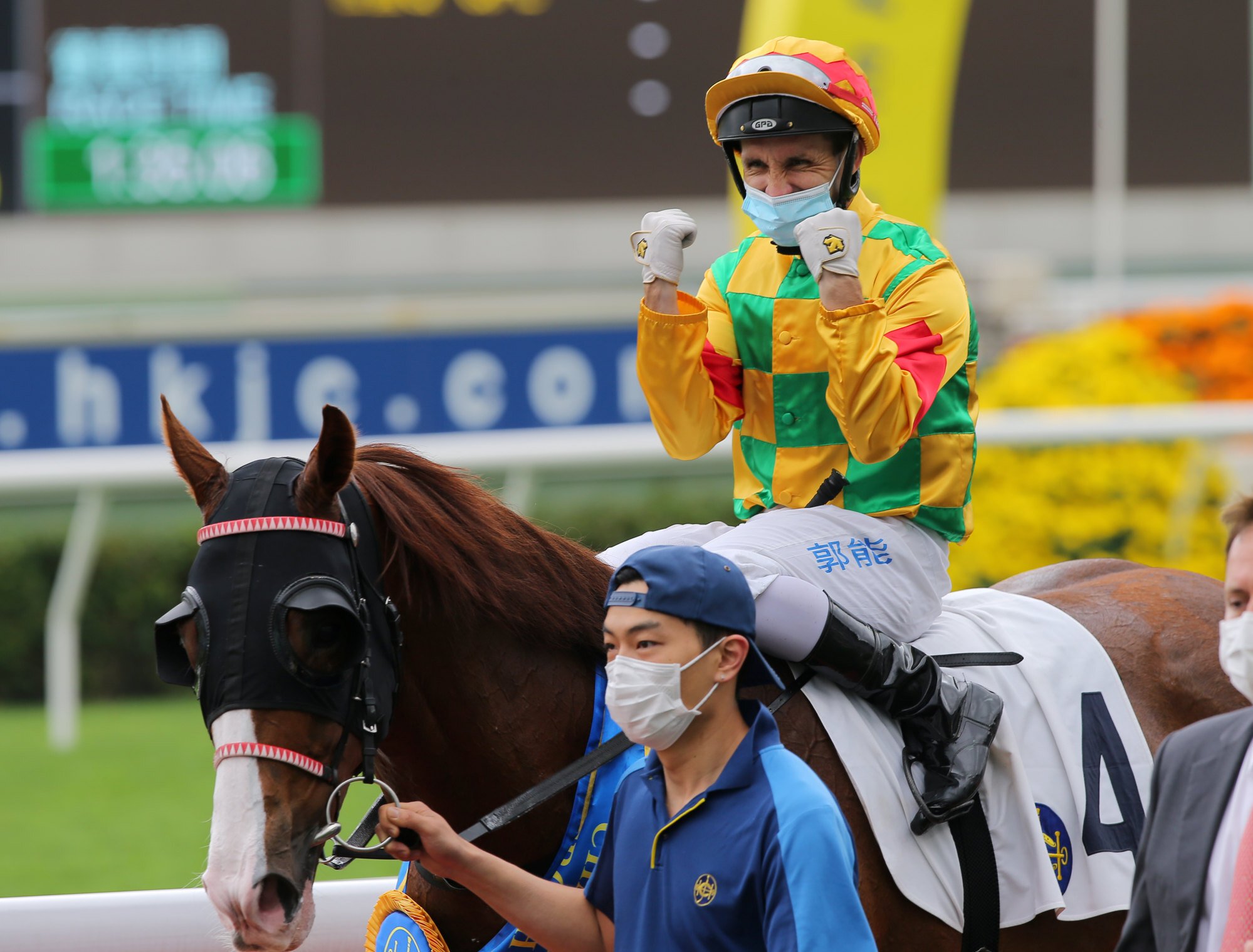 The key issue surrounds his conduct during a stewards’ inquiry when he was found guilty of careless riding, suspended for three meetings and fined HK$20,000 for his ride on Chater Pins.

Callan did not agree with that decision and made his displeasure clear while those in the room felt he didn’t respect the process or the officials involved.

It prompted officials to “show cause” as to why he should keep his licence for the rest of the season.

Callan wrote a letter of apology, acknowledging his poor behaviour in the moment, and fronted the hearing with references from trainers and owners in support of his application to see out the season.

That obviously did not sway the licensing committee and instead Callan will spend the next three months on the sidelines. He will not be relicensed for 2021-22 or beyond.

The licensing committee cited Hong Kong Jockey Club rule 14(2) which states: “a licence may be withdrawn or suspended by the stewards of the Jockey Club if they shall determine that the licence holder’s conduct, whether or not the conduct associated with racing, renders him unsuitable to continue to hold the licence issued to him”. 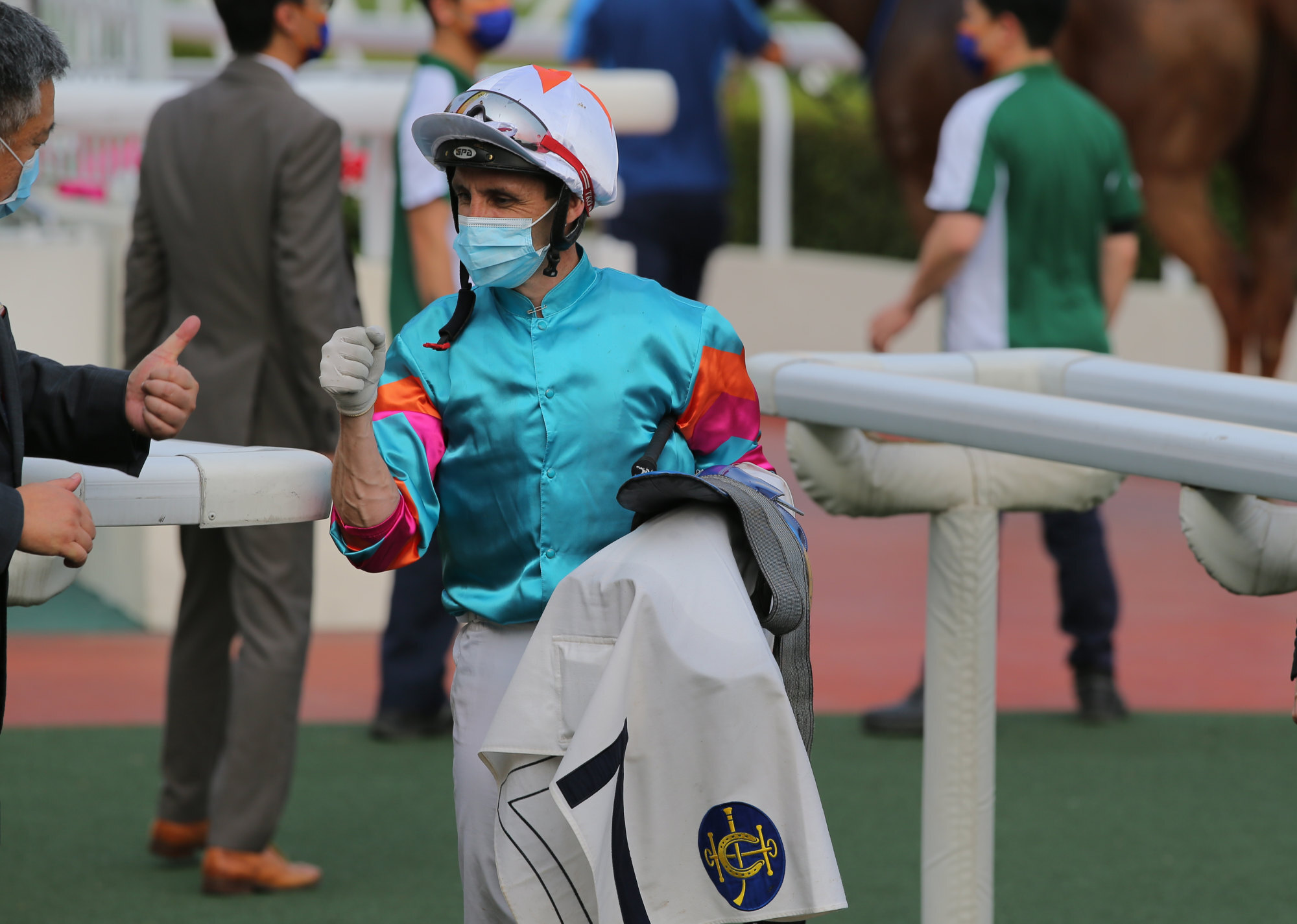 Callan has 21 winners and 56 placings from 339 rides this season, finishing his Hong Kong career – which has spanned a decade – with 276 victories.

He is best known for his association with Blazing Speed, winning the 2015 QE II Cup aboard Tony Cruz’s stayer, as well as two Champions & Chater Cups.

On the track, Callan goes out on a high with the surprise win of Ricky Yiu Poon-fai’s Mighty Giant in the Group Two Chairman’s Trophy on Monday his last winner in Hong Kong.