The 53-year-old all but secures a fourth championship, extending his lead to seven thanks to victories from the likes of Southern Legend, Sky Field and Killer Bee 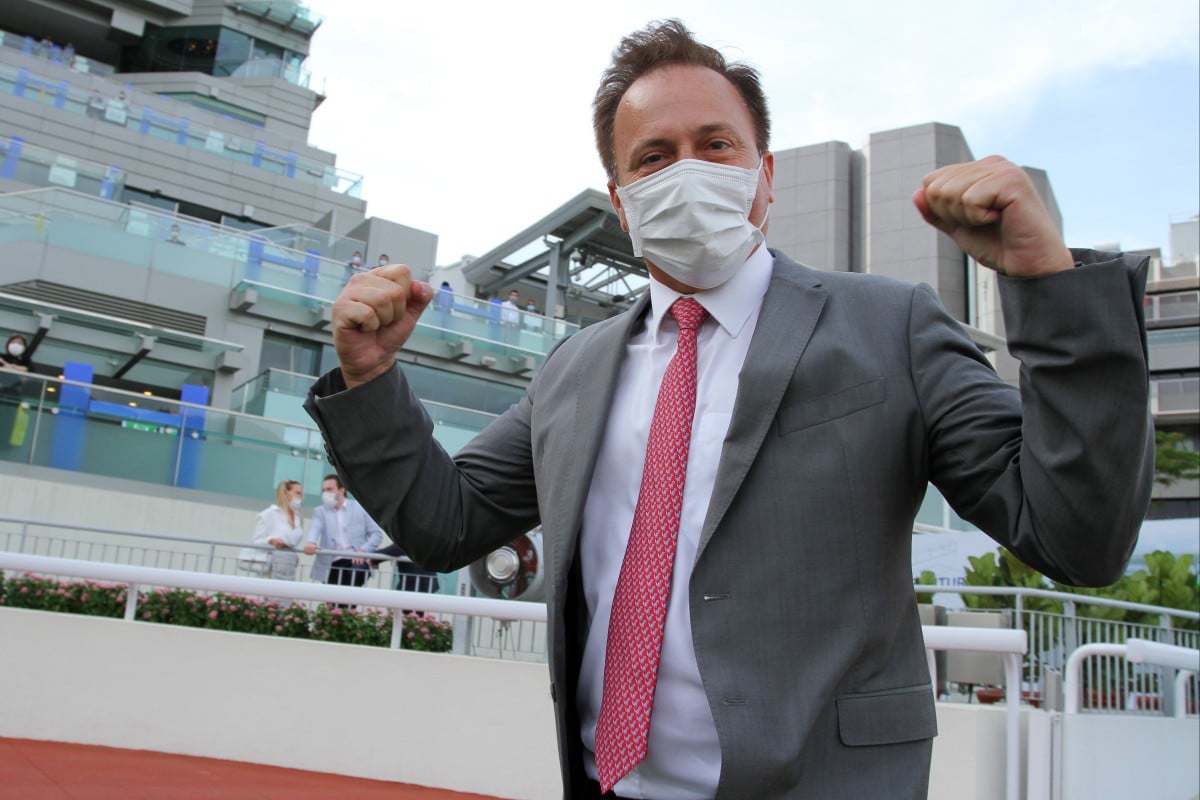 Caspar Fownes headed to the races at Sha Tin on Sunday determined to make a statement in the trainers’ championship and walked away with a glorious five-timer under his belt and a fourth title all but secure.

With John Size unable to hit the board, Fownes’ mighty blow sees him lead by seven with seven meetings remaining and leaves the 11-time champion trainer needing a miracle in the final weeks of 2020-21.

“We needed to do something good, something big that makes a statement and we’ve done that today,” Fownes said.

“We’re there and we’ve got the momentum going. I’ve got a lot more winners coming so I’m happy, feeling good. It’s been a great day.”

It was a Fownes blitz, with the 53-year-old taking both Group Three features, the Premier Plate with Southern Legend and the Premier Cup with Sky Field, to go with earlier successes from Joy Master and Lucky Quality and the icing on the cake thanks to the exciting Killer Bee.

Southern Legend was rewarded for his consistency with his first victory of a campaign that has seen him place four times at the elite level and on a further three occasions in Group Two company.

With Time Warp and Reliable Team setting a moderate tempo up front, Southern Legend bided his time a few lengths off the speed before Zac Purton got to work aboard the eight-year-old straightening for home.

The old warhorse did the rest, letting down nicely to finish half a length clear of Reliable Team, with another eight-year-old in Fast Most Furious third.

“You’d like a few more like him in your stable. He’s just a brute, he’s got so much heart and he deserved that victory. He’s been so consistent all his career and then in the last 10 runs he’s been in the money all the time, so he deserved that win,” Fownes said, confirming the Group One winner will front up again next season.

“You can see he’s still got his passion to race and he knuckled down giving those young horses a lot of weight and he attacked the line like a bloody tiger, which is what you want to see these old horses do.

“Obviously he’s going to be nine in about six weeks and we’ll give him a nice prep for next season and see what he can do. There’s a lot of money still on offer here in Hong Kong and we’ll just offset that with how the horse is. Obviously if he’s had enough, we’ll just retire him.”

One horse who is destined to have a big impact next season is Killer Bee, who continued his march towards the Classic Mile with a fourth win from five starts in the Class Three Amber Handicap (1,200m).

After proving a handful to load, Killer Bee travelled behind midfield under Joao Moreira before rounding up his rivals to salute with a minimum of fuss, a length and a half clear of Dublin Star in second.

“He’s got a lot of character, that’s what makes him a good horse, but we will try to get that sorted in the next few months where he starts to get the balance right,” Fownes said of the three-year-old.

“Right now he’s a little bit of a bully. He’s a good horse, you could see that there, I think we’re going to have a really exciting horse for the future. He looks to be very progressive.” 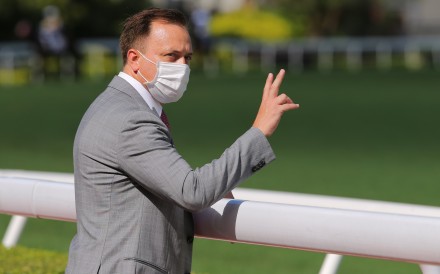