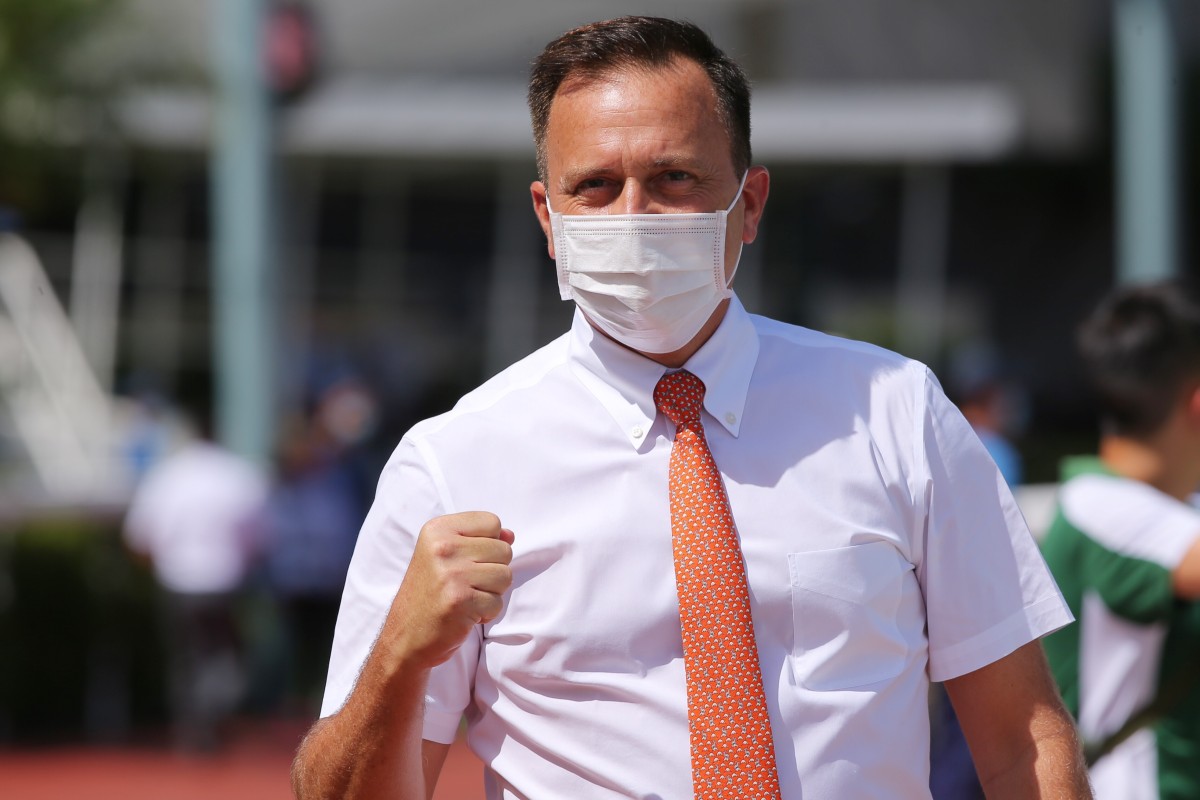 He’s flying high after a fourth trainers’ title and a career-best 79 winners last season and Caspar Fownes has set his sights on climbing another mountain in 2021-22 – beating Golden Sixty.

The superstar miler is three short of equalling Silent Witness’ Hong Kong record of 17 straight wins after two dominant seasons but Fownes thinks it’s time he was knocked off his perch.

“I want to beat Golden Sixty this year. That’s my target, to try and knock the champ off – I’m sure I’d be a crowd favourite if I could do that,” he said. 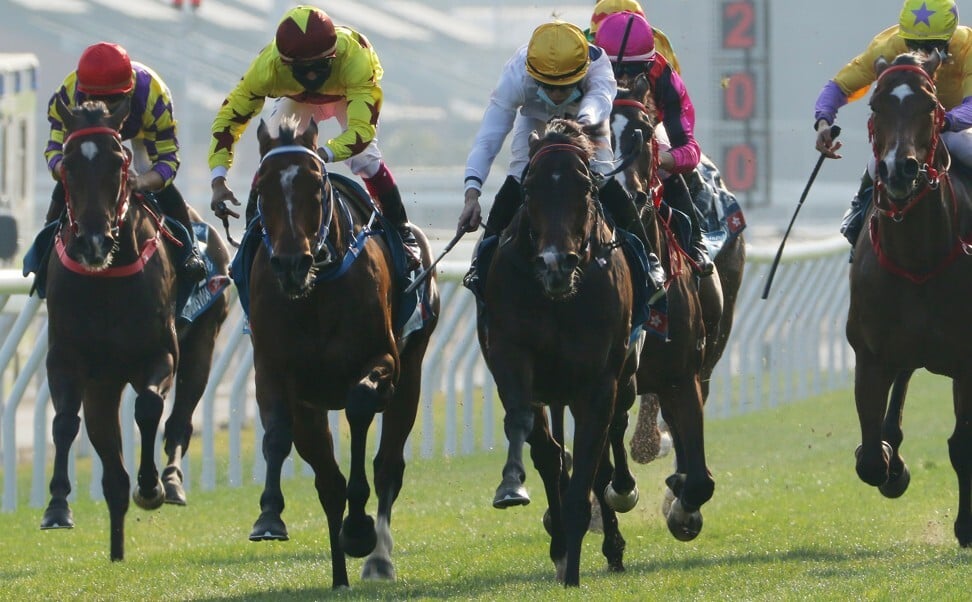 “I could be dreaming but you never know, three horses got close to him last season and champions get beaten so hopefully it’s one of mine that does it.”

Southern Legend was one of the three gallopers to push Golden Sixty within a head and Fownes says his nine-year-old warhorse is “flying, he’s working like a three-year-old”, while he also identified Hong Kong Derby winner Sky Darci as a horse who could trouble the four-time Group One winner.

“It’ll be tough to win again but I’m happy that we have rejuvenated the stock and the ones that needed time in their first season, you rely on them now to pick up the slack and pay their way for the owners,” he said. “I’m happy, I think we’ve got a nice team again.” 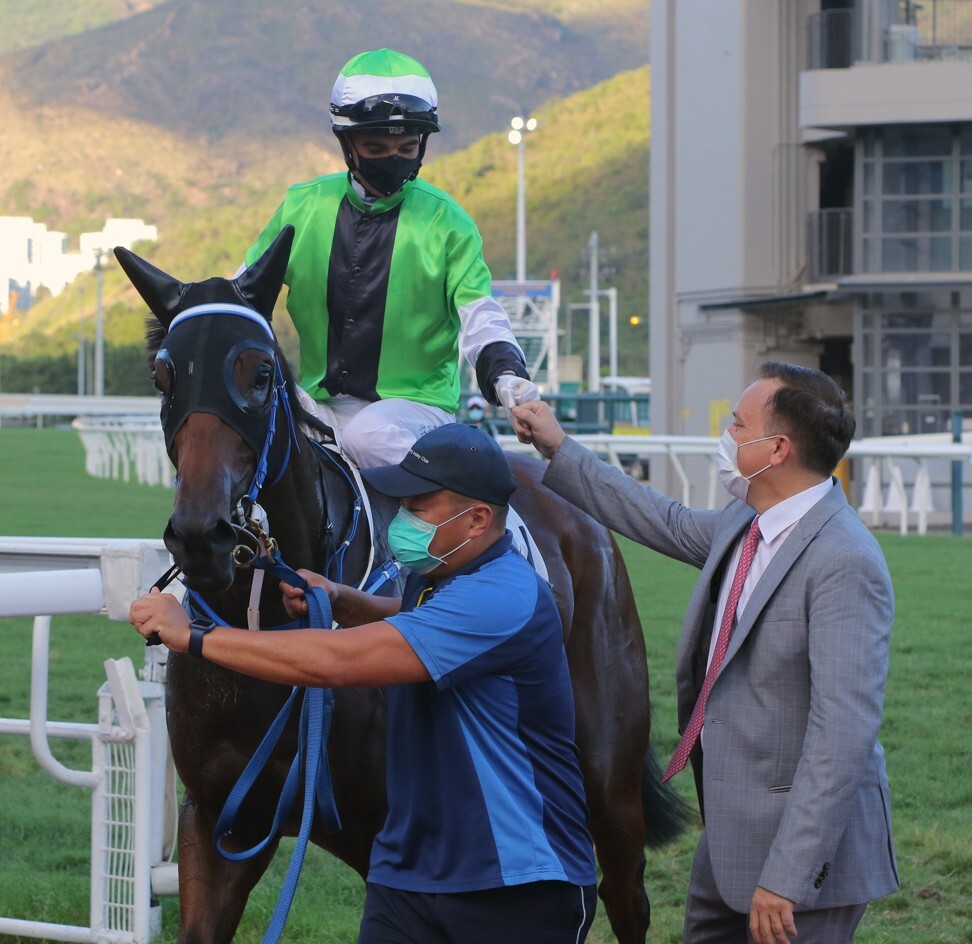 Fownes and last season’s premiership-winning jockey Joao Moreira snared the term’s opening race 12 months ago with Joy Master and they could repeat the dose with Formula Excel at Sha Tin on Sunday.

The Class Five galloper is one of eight runners Fownes saddles up on the first weekend of the 2021-22 campaign, with Zebrowski potentially the most intriguing as he makes his Hong Kong debut in the Class Two Tai Mo Shan Handicap (1,400m).

The five-year-old only arrived in Hong Kong in March after 12 starts in Australia, which included a runner-up finish behind Quick Thinker in last year’s Australian Derby (2,400m) and two other Group One appearances.

What a Derby! Tremendous finish to the 2020 G1 Bentley Australian Derby at @royalrandwick with Quick Thinker getting up in a head bobber. Originally offered as a weanling, @CoolmoreAus sold the So You Think colt for $100k at the 2018 @inglis_sales Easter. #ItPaysToBuyAustralian pic.twitter.com/xGetvMlxsz

After being handed a rating of 82, the son of Savabeel carries 118 pounds under Keith Yeung Ming-lun and enters the race off the back of a quiet 1,200m trial on the all-weather track where he went back to last before making some ground in the straight.

“His form going back a way was all right then it tapered off. It’s a good race to start off in, he’s had a great preparation for it so it’ll tell us were he is class wise,” Fownes said.

“Even though the distance is short, as long as he’s making some ground and producing a nice effort first-up you can build from there.”

Fownes sends Joy Master around on opening day again, while his other runners are Green Aeon, Who Loves The Ace, Fast Pace, Hall Of Champ and The Rock. 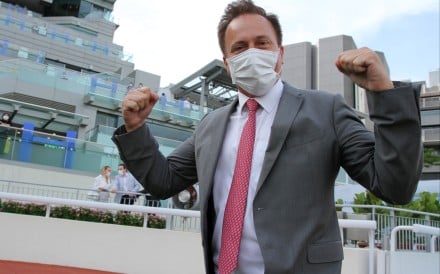