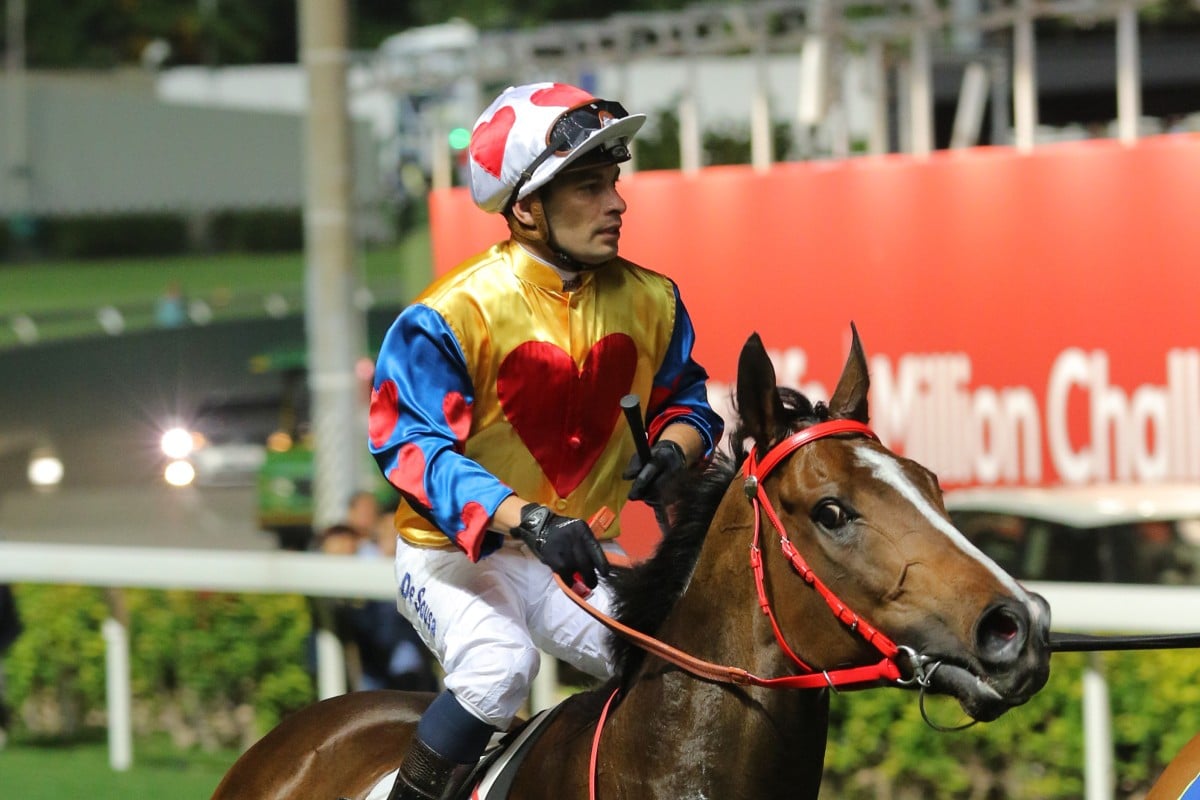 The Hong Kong Jockey Club has confirmed the return of star Brazilian rider Silvestre de Sousa, with the 40-year-old to begin his latest short-term stint at Sha Tin on February 1.

De Sousa, who last rode in Hong Kong in February 2020, recently finished his retainer with King Power Racing and ended up well off the pace in this year’s British jockeys’ championship with 51 winners, 102 behind the victorious Oisin Murphy.

De Sousa, who must complete three weeks quarantine upon arrival, is well-known to Hong Kong racing fans after a handful of successful short-term stints at Sha Tin dating back to 2016.

He has a total of 91 winners in the city, almost half of which came during a five-month tear during the 2018-19 season when he reeled off 44 winners and snared the International Jockeys’ Championship and the Group One Hong Kong Cup (2,000m) aboard Glorious Forever. That was by far De Sousa’s most successful Hong Kong sojourn and in his most recent stint he managed 14 winners from 149 rides between November and February of 2019-20.

His arrival will be the latest in a series of changes to the jockeys’ ranks this season, with Luke Ferraris and Lyle Hewitson coming in and Tony Piccone departing, while Chad Schofield signs off at Sha Tin on Sunday before returning to Australia.

De Sousa’s contract will run until the end of the season and he joins countrymen Joao Moreira, Vagner Borges and Ruan Maia on a riding roster that will return to 23 jockeys following his addition.

Jockey Club licensing committee secretary Terry Bailey also confirmed some contract extensions late on Friday, with Harry Bentley, Borges, Ferraris and Maia to continue through until the end of the season. Their licences were set to expire on February 13.