After a string of placed efforts since saddling his last winner, the Australian trainer hopes one of his stable stars can bounce back to top form this weekend 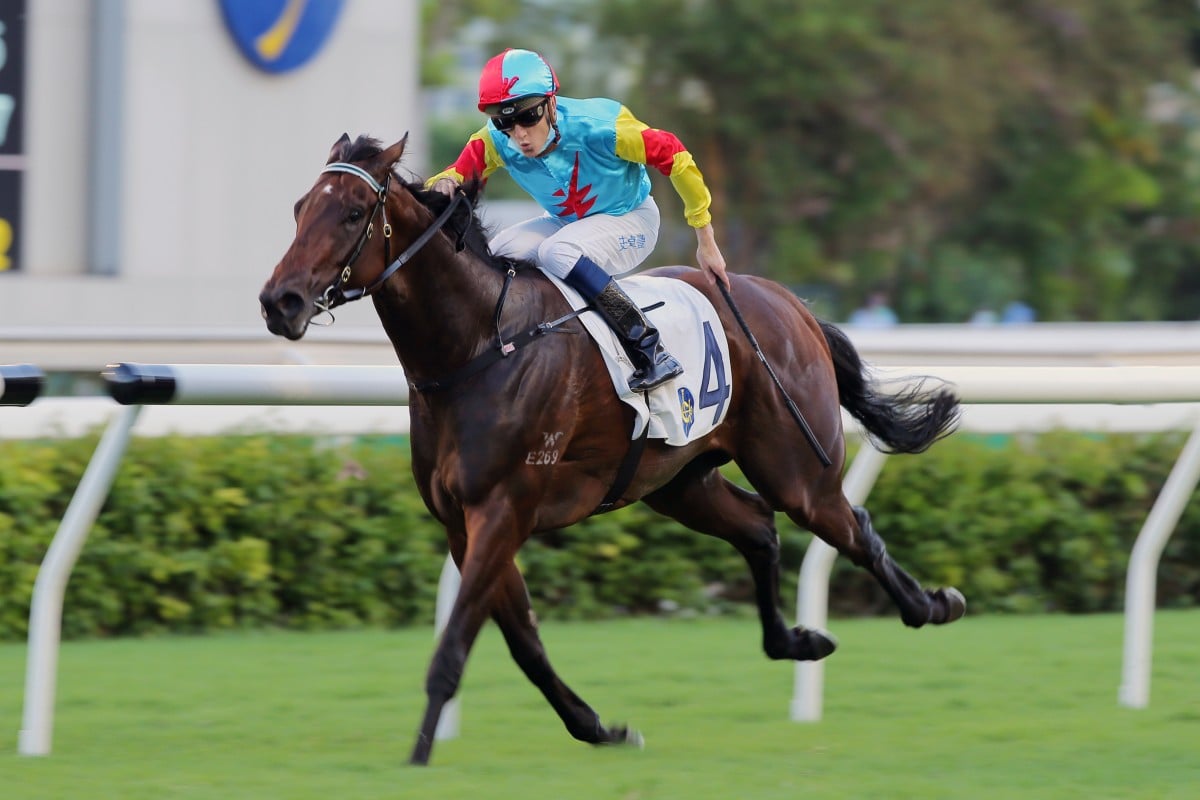 Fantastic Treaure shoots clear of the field to win at the end of last season. Photos: Kenneth Chan

David Hayes is hoping one of his stable stars can help him end a frustrating run of form at Sha Tin on Saturday.

After sending out four seconds and 10 thirds since Wide Blue Yonder saluted on May 22, Hayes will welcome a change of luck if it arrives this weekend.

“What’s been happening is my best chances have been drawn wide and ran well but not good enough to win and I’ve got a lot of horses running to get ready for next season,” Hayes said. “It is frustrating but I’m more about next season now.”

He is very, very special! 🔥

“It was a day that leaders were just dominating and he got back from a bad gate,” Hayes said.

“He has to lump a big weight but he will have improved a lot. His trial was excellent between runs. He’d been off for a long, long time so he needed the run.

“He’s a winner at 1,400m and he’ll probably be better at his third run back than his second, but it wouldn’t surprise me if he runs well with the class he has.”

Hayes predicts big things from the four-year-old next season given a clear run and he expects him to progress through the ranks.

Decrypt gets his win! 👏

The grey hits the mark in Hong Kong after arriving in 2019 following a third-placed effort in the 2019 G1 Irish 2000 Guineas behind Phoenix Of Spain! @AntoineHamelin | @lindsayparkrace | #HKracing pic.twitter.com/VuZSF3dAcD

“He’ll have a big season next year,” Hayes said. “He’s in good shape but as the season goes on next year, hopefully he’ll graduate to trophy races.”

Elsewhere on the Sha Tin card, Hayes will run Decrypt on the dirt for the first time in the Class Three Lung Mun Road Handicap (1,650m) – a race that will help to guide his mind on future targets

“The track might be a bit fast at the weekend but he’s trialled very well on the dirt so I thought I’d give him a go,” Hayes said.

“We’ll find out whether I keep him to 1,400m on turf after this because he’s been running pretty will with a win and a third in his last few runs. We’re just experimenting but he could run well.” 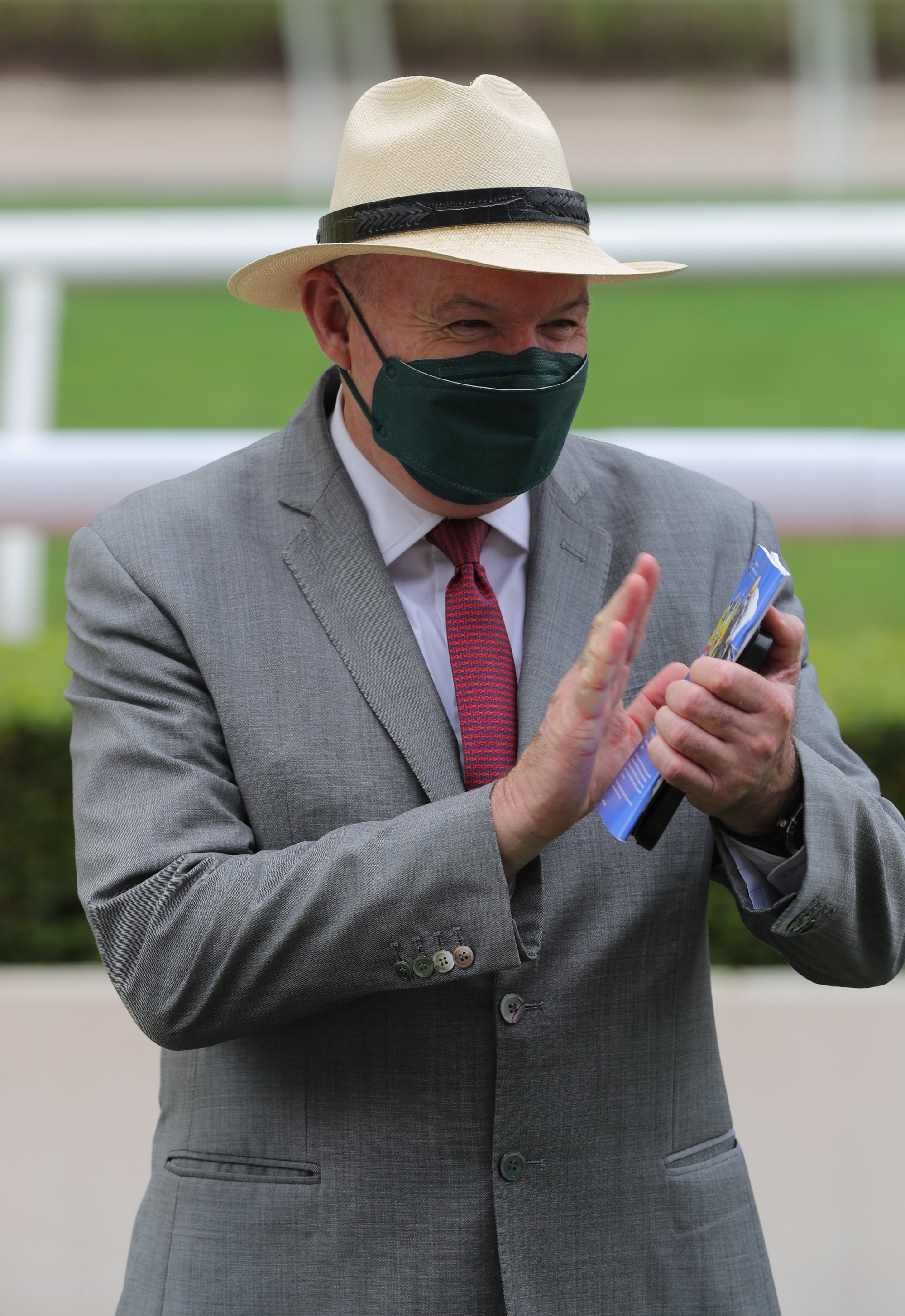 The Australian trainer is also trying out something new with King’s Capital, who stretches out to 2,000m for the first time in the Class Three Lei Yue Mun Park Handicap.

“He’s been racing really well and as it’s the end of the season, now is the time to see if he will stay as he has great residual fitness,” Hayes said. “It’s just trying something out to see what we will do with him next season.”

Star Contact showed plenty of promise in his first three runs but an attempt at front-running backfired when he faded to finish seventh last time and those tactics will not be repeated in the first section of the Class Four Hong Kong Riding For The Disabled Association Cup (1,400m).

“I think we’ll ride him off the pace this time,” Hayes said. “He’s been freshened up and hopefully he’ll run as well as he did in his first couple of races.” 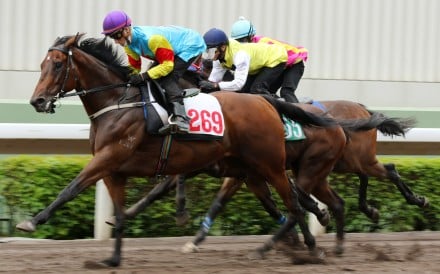 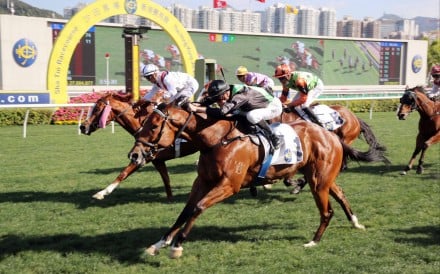