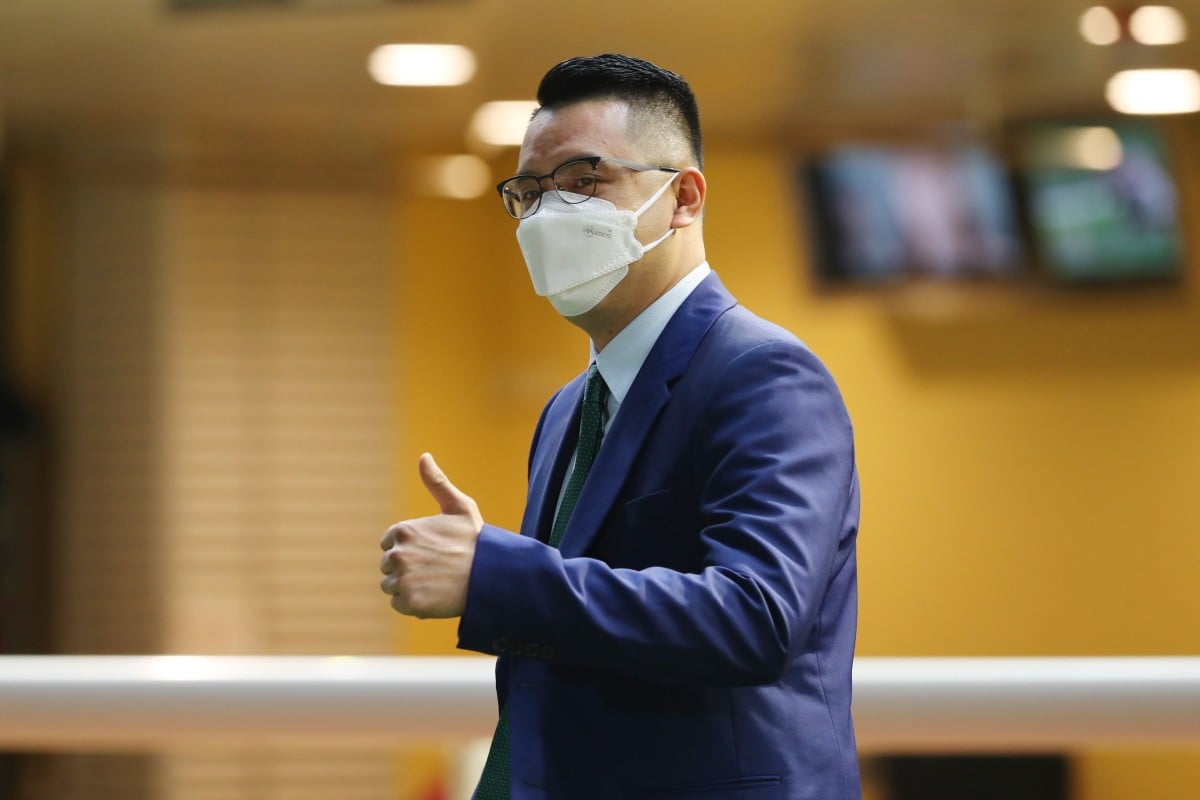 Pierre Ng Pang-chi was counting his lucky stars – and his winnings – after landing the first victory of his training career at Happy Valley on Wednesday night.

Involved in countless wins across stints as an assistant trainer for Paul O’Sullivan, John Size and Francis Lui Kin-wai, Ng got to experience the sweet taste of success in his own right with only his ninth runner thanks to the victory of Super Commander.

While Ng had to contend with a second and two thirds after a couple of near misses on opening day, he walked away from Sha Tin with a new-found confidence in his processes.

Super Commander makes all for a tough win at 30/1 under @LukeFerraris in the opening race at Happy Valley. #SeasonOpener #HKracing pic.twitter.com/4V7SM2UTrC

“On the first day it was about proving to myself we were doing the right thing and going the right way and it seemed OK,” he said.

Super Commander’s victory came in the opening event of the first Valley meeting of the season and came as a surprise to punters, as well as his trainer.

Sent off at $31 after winning only once from his first 25 starts, Super Commander jumped well and went straight to the front under Luke Ferraris, before holding off $2.2 favourite See U Again by a neck.

“The horse did surprise us a little bit. In the trials he was afraid of the horse coming across him so we put on the blinkers and he just jumped and got going by himself and he did the job,” Ng said. 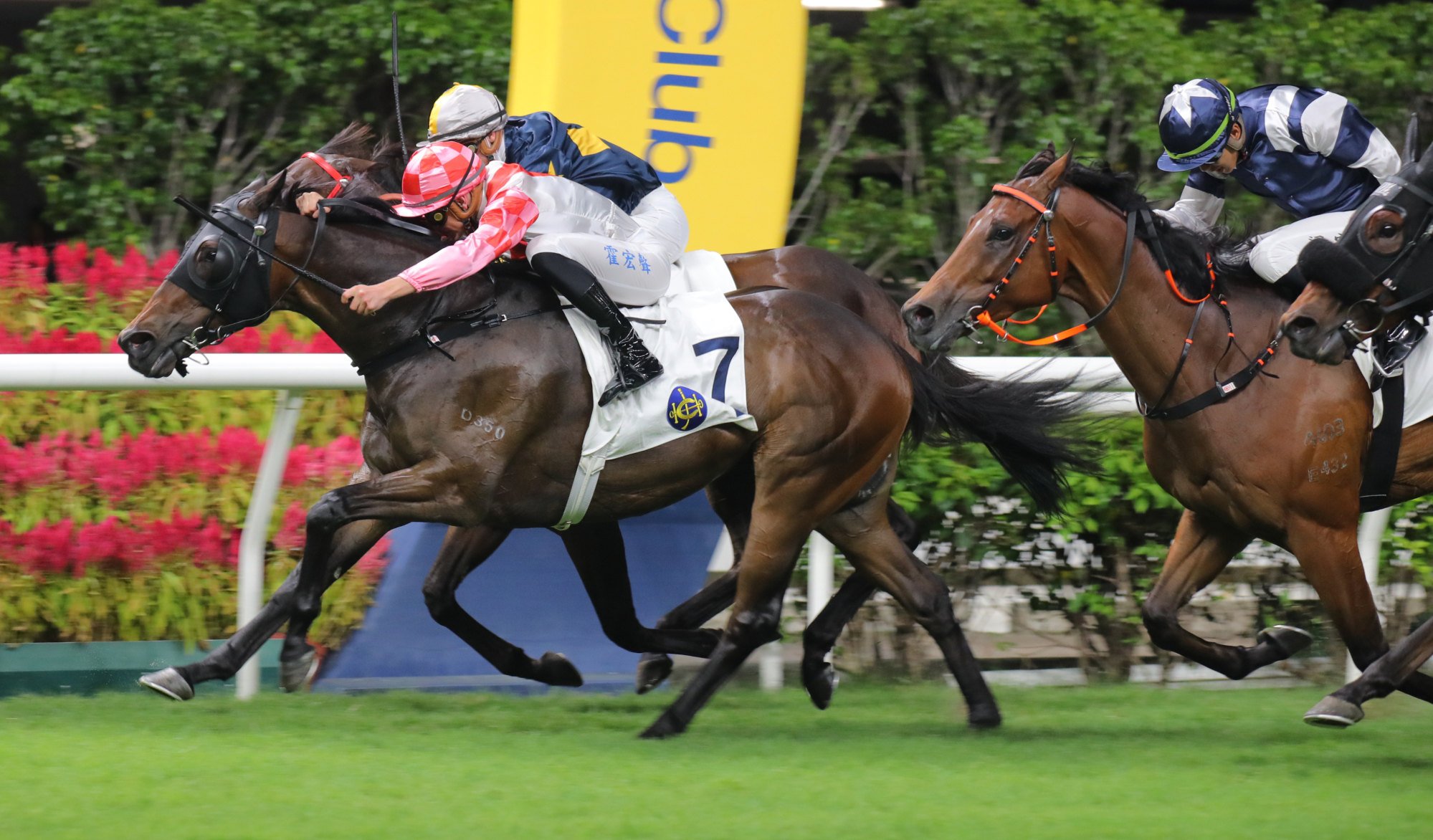 Ferraris was notching the first win of his second Hong Kong season and praised Ng’s work with Super Commander, who he’d ridden twice before when the six-year-old was trained by his father David.

“It’s fantastic, Pierre has done an amazing job with the horse. He can be a bit of a tricky customer but he showed what he’s capable of and all credit to Pierre and his team,” Ferraris said.

“It’s great to break the ice for the new season. It’s always a bit daunting, I find, but hopefully now that it’s started, it continues.”

Ferraris, who had 20 winners last season to finish 14th in the jockeys’ premiership, completed a running double in the second event of the night, saluting aboard the Caspar Fownes-trained Winning Icey in the second section of the Class Four Chung Hom Kok Handicap (1,200m).

Jockey Derek Leung Ka-chun also reached a significant milestone at the midweek meeting, ringing up his 400th Hong Kong success thanks to the win of Our Class Act in the first section of the Chung Hom Kok Handicap.

“It means a lot,” Leung said. “I’ve had a lot of opportunity from trainers and owners. I’ll keep trying hard and I hope I can get 500 winners now.”

Elsewhere on the night, Lyle Hewitson rung up his fifth win from seven attempts aboard the Douglas Whyte-trained Valiant Elegance in the Class Three Deep Water Bay Handicap (1,000m).

After slumping into Class Five and producing just two wins from his first 18 starts, Valiant Elegance has now saluted in four of his past six runs after Wednesday night’s two-and-a-quarter-length success.

“It’s hard to believe,” Whyte said. “He’s been a real treat to train and the more confidence he’s got through his wins, he’s just kept excelling and improving and to win the way he did tonight off a rating of 68 was unbelievable.

“It just proves that when horses are healthy and happy, they can give you what they’ve got. He’s done a fantastic job, I’m very proud of him.” 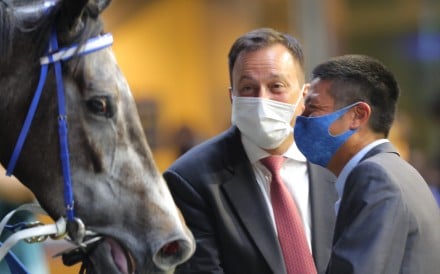