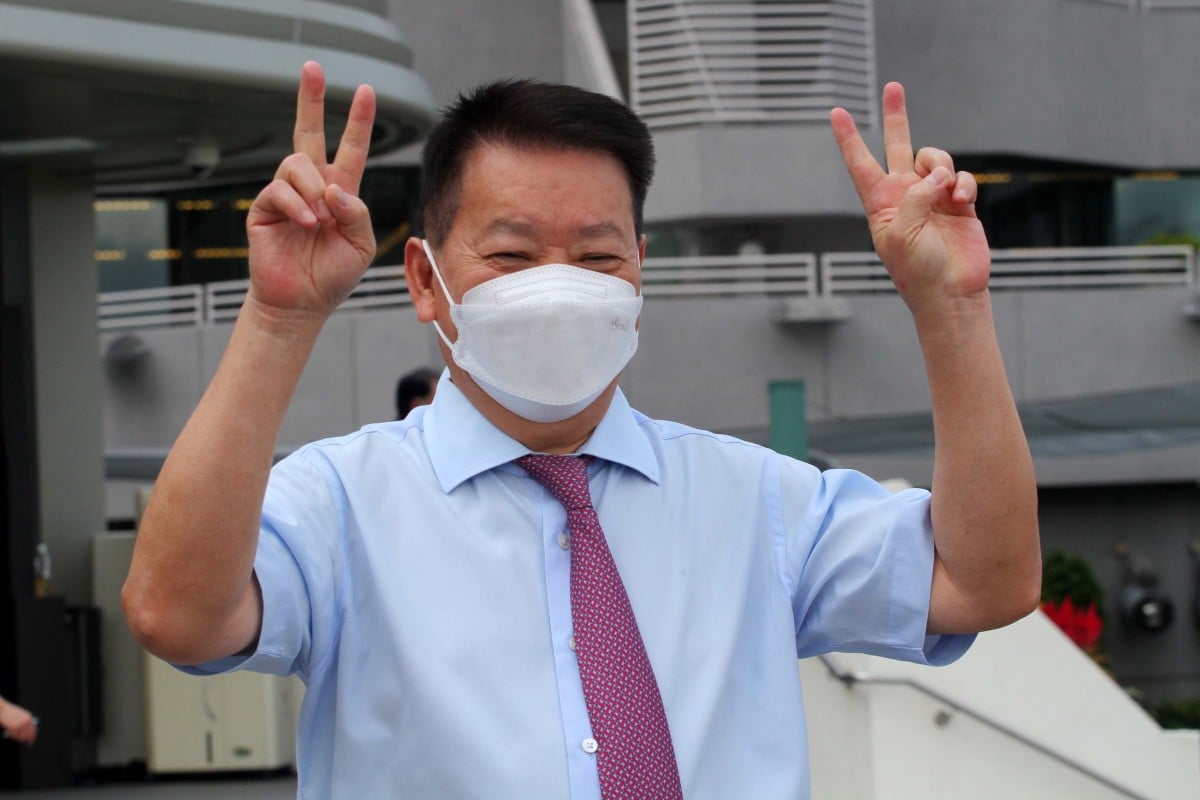 Manfred Man is all smiles after the victory of Lucky Sweynesse on the weekend. Photos: Kenneth Chan

Manfred Man Ka-leung is seeking clarity from the Jockey Club around what his future holds, with the 65-year-old desperate to train on beyond this season.

By the letter of the law the veteran handler will be forced into retirement at the end of the 2022-23 season, however Jockey Club officials refused to rule out the possibility of Man being afforded an extra season when approached for comment this week.

“I’m not sure [if this is definitely my last season], I need to find out. I hope they will give me a chance,” Man said. “I wish I can train one more season and my owners want to know, they would really like to support me.”

With 22 trainers on the roster for this season, the Jockey Club has enough wiggle room to keep Man even if another trainer is added to the ranks in the next 12 months, while the fact Peter Ho Leung and Michael Chang Chun-wai are one strike away from potentially losing their licences must also be taken into account. 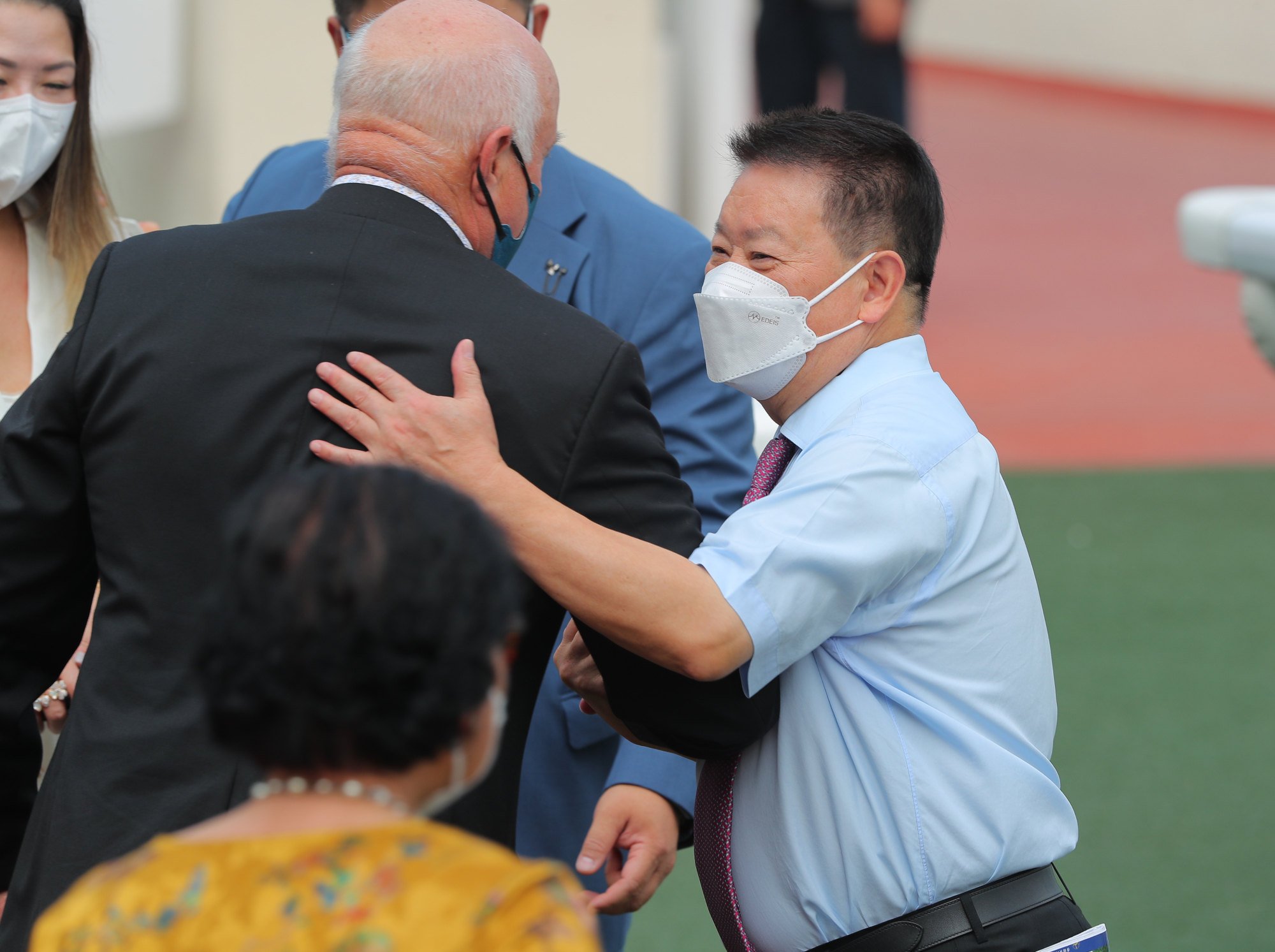 The Jockey Club tinkered with its licensing criteria in July to ensure Ricky Yiu Poon-fai and Francis Lui Kin-wai could continue past 65, but the conditions demand consistent top-five finishes in the premiership or prize-money standings.

While Man won’t be able to meet the current criteria, the Jockey Club has shown it is willing to move the goalposts in the right situation and the trainer hopes the fact he will still be 65 when next season’s licences are decided could work in his favour.

“The trainer’s licence comes from July 1 but my birthday is July 18, so before the licence comes out I’m still 65, not 66. This is the question and I hope I can find out,” he said.

The Jockey Club also takes into account consistent success in higher-grade races, albeit only if accompanied by a recent premiership or top-five finish, and while Man again falls short in this area, he hopes he can bolster his claims for extension by making his presence felt at Group level.

Lucky Sweynesse is one galloper in particular to whom Man will be pinning his hopes and he is daring to dream he might have a genuine top-liner in his stable.

The four-year-old took out the weekend’s feature – the Class One HKSAR Chief Executive’s Cup – and Man confirmed he will give the galloper every chance to make an impact in Group One company at December’s Hong Kong International Races.

Another factor Man hopes can work in his favour is the fact he’s far from slowing down in the twilight of his career, with his 35 winners last season his best return since he landed 37 victories in 2014-15.

After opening his account on the opening day of the season, Man returns to Sha Tin this weekend with six runners and he looks to build some early-season momentum.

Man launches a double-pronged attack on the Class Four Bedford Handicap (1,200m) on the all-weather track with E Brother and Lucky Ruby, while he also saddles up Miracles, Happy Gathering, Red Elysees and Indigenous Realm on Sunday afternoon.