Champion pilot reunites with ‘difficult’ galloper, on whom he has won five times, in the Group Three Sa Sa Ladies’ Purse (1,800m) at Sha Tin on Sunday Rider-turned-trainer Tony Cruz says Zac Purton is “the only jockey who can handle this horse” ahead of Beauty Joy’s recovery mission in Sunday’s Group Three Sa Sa Ladies’ Purse (1,800m) at Sha Tin.

Three weeks ago, Beauty Joy posted his worst result since joining Cruz’s yard when, after jumping from the outside gate under Luke Currie as the $10 Group Two Sha Tin Trophy (1,600m) second favourite, he finished 10th, four lengths behind his impressive stablemate, $1.3 market leader California Spangle.

Beauty Joy’s breeder and original trainer, Darren McAuliffe, said Currie’s Sha Tin Trophy engagement was “a recipe for disaster in my book” because his fellow Australian had not sat on the quirky galloper previously, not even in a piece of trackwork.

Like Matthew Chadwick on New Year’s Day, Currie did not win his first race aboard Beauty Joy. And also like Chadwick, he makes way for Purton, who is the only Hong Kong-based rider to salute the judge while in the saddle of the two-time Group Three winner.

“Zac is back on him. Zac knows this horse very well. Zac is the only jockey who can handle this horse,” said Cruz of Beauty Joy, who is set to carry his highest-ever weight, 135 pounds, from gate seven.

Cruz is delighted with Beauty Joy’s condition following his first-up calamity, but the six-time champion jockey and two-time champion trainer is not so cheerful with his galloper’s impost and a Ladies’ Purse speed map that is devoid of a leader.

WHAT HAVE WE JUST WITNESSED!? 🤯

Incredible! Beauty Joy soars to an almighty win after settling five lengths off the field with 1000m to go... @Beautystablehk | @zpurton | #HKracing pic.twitter.com/75VVJT3EOU

“I’m happy with their conditions. But their weights and the way the race is likely to be run are what makes it a difficult race for them.”

Trainers’ championship pacesetter Cruz declared 11 gallopers across Sunday’s 10-race card, the most intriguing of whom is Beautyverse, who is in line to make his Hong Kong bow under Purton in the finale.

“Gate 14 for his debut. That’s not a big help. Lucky I’ve got a good jockey on him. Zac will know what to do,” said Cruz, who was coy about the tactics they will use on Beautyverse even though Angus Chung Yik-lai and Purton have ridden him patiently in trials, similarly to Zahra in his Group One win.

“I think the horse is very ready for this race. His trials at 1,200m were much too short for him, but he’s definitely changed a lot in his condition. He’s got a good chance, but he’s got a bad draw.”

Cruz remains undecided about Beauty Joy’s primary target this term, though, saying “it all depends on the outcome of the 1,800m race on Sunday, whether we go shorter or longer [at the international races]”.

But asked if he believes Beauty Joy could beat Hong Kong Mile-bound California Spangle in a rematch over 1,600m, Cruz replied: “I don’t think so.”

Hong Kong racing
Like Zac Purton at Happy Valley, Jockey Club finds a gap no one else knew was there 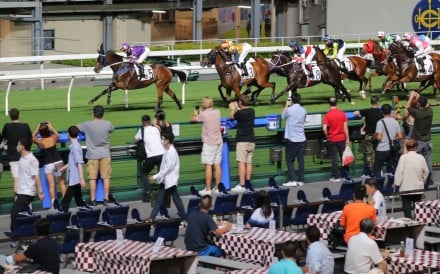 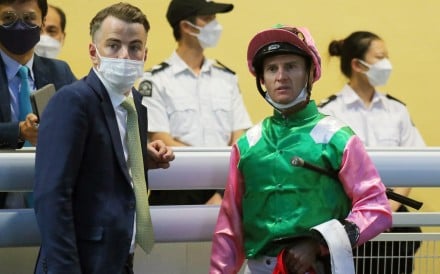 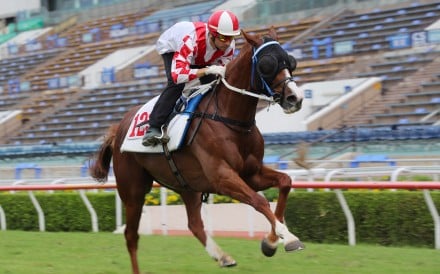