Local horses produced two of the top-10 individual performances internationally in 2022, but only one of Sha Tin’s 12 Group One events made the top 50 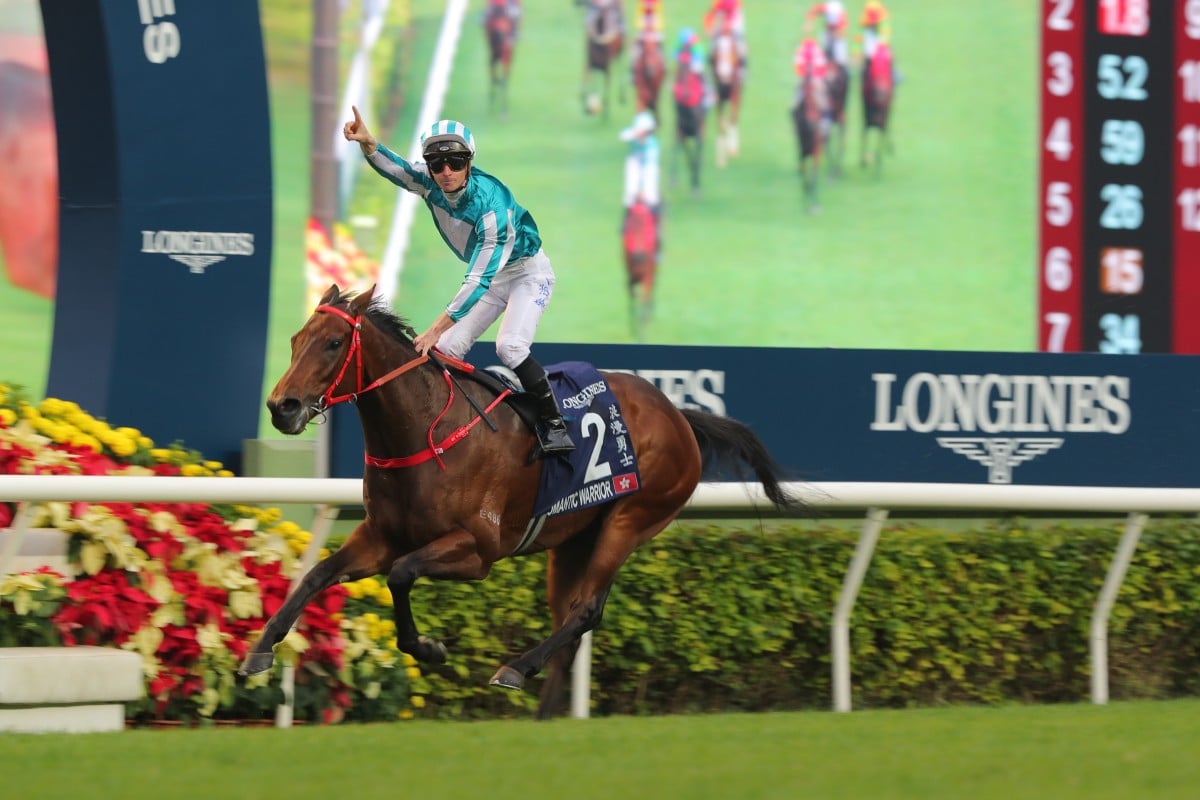 Romantic Warrior, whose Group One Hong Kong Cup-winning run rated better than all other efforts over intermediate (1,900m to 2,100m) trips on grass last year by gallopers still active this year, and Golden Sixty, who is the world’s joint highest-rated turf miler remaining in training in 2023, are two of the city’s 15 representatives among the 288 horses who achieved an international rating of 115 or higher.

But whereas the number of Hong Kong’s events in the International Federation of Horseracing Authorities’ list of the top 100 Group One races climbed from eight in 2021 to 10 in 2022, the city’s tally of top-50 contests fell from six in 2021 to one – the equal 23rd-ranked Hong Kong Mile – in 2022.

Both Romantic Warrior and California Spangle are newcomers to the World’s Best Racehorse Rankings, but Golden Sixty makes his third appearance after earning international ratings of 124 (joint 10th best) in 2020 and 125 (joint sixth best) in 2021.

Group One Hong Kong Sprint hero Wellington (121 for his brilliant weight-carrying performance in taking out the Group Two Premier Bowl (1,200m) first up this season), Golden Sixty streak killer Waikuku (118) and champion stayer Russian Emperor (117) rank below the three headline acts for the Group One Stewards’ Cup (1,600m) at Sha Tin on January 29.

It is the second year in a row in which the World’s Best Racehorse Rankings has featured 15 Hong Kong-based gallopers, with the general trend being downward since 2016 when 26 of the city’s horses – the best of whom was Werther (124) – made the list.

Each accredited Group One race for gallopers aged at least three years old receives a rating based on the average mark of the first four horses across the finishing line in that year’s event.

Each of Hong Kong’s 12 Group One races rated 115 or higher, with the Hong Kong Mile (120.25) coming out first locally and equal 23rd internationally, which ranks it alongside – among other contests – the Group One Cox Plate (2,040m), which Australian racing chiefs bill as Australasia’s weight-for-age championship.

Jockey Club chief executive Winfried Engelbrecht-Bresges said Hong Kong was punching above its weight given the small size of its equine population.

“Hong Kong has achieved yet another remarkable result, especially when you consider there are only 1,240 horses currently in training,” said Engelbrecht-Bresges, who is also chair of the International Federation of Horseracing Authorities.

“Golden Sixty is Hong Kong’s current champion and reigning two-time Horse of the Year, and he has shown his remarkable ability still warrants global acclaim, even as a seven-year-old now after winning a second Champions Mile last year.

“As for Romantic Warrior, his rapid advance has taken just 10 races, and he’s already a two-time Group One winner, as well as a winner of the Hong Kong Derby. We’re more than excited to see him, hopefully, ascend higher as his career unfolds. Also, it’s a testament to the Hong Kong International Sale as he has already earned prize money nearly 13 times that of his purchase price.

“With 10 of our 12 elite races in the world’s top 100 Group One races, Hong Kong has again shown it maintains a strong position as a world leader in the sport of horse racing.”