No doubts this time about John Size's scintillating debut winner as he rises to the top of Class Four and sticks to the 1,400m in the middle leg 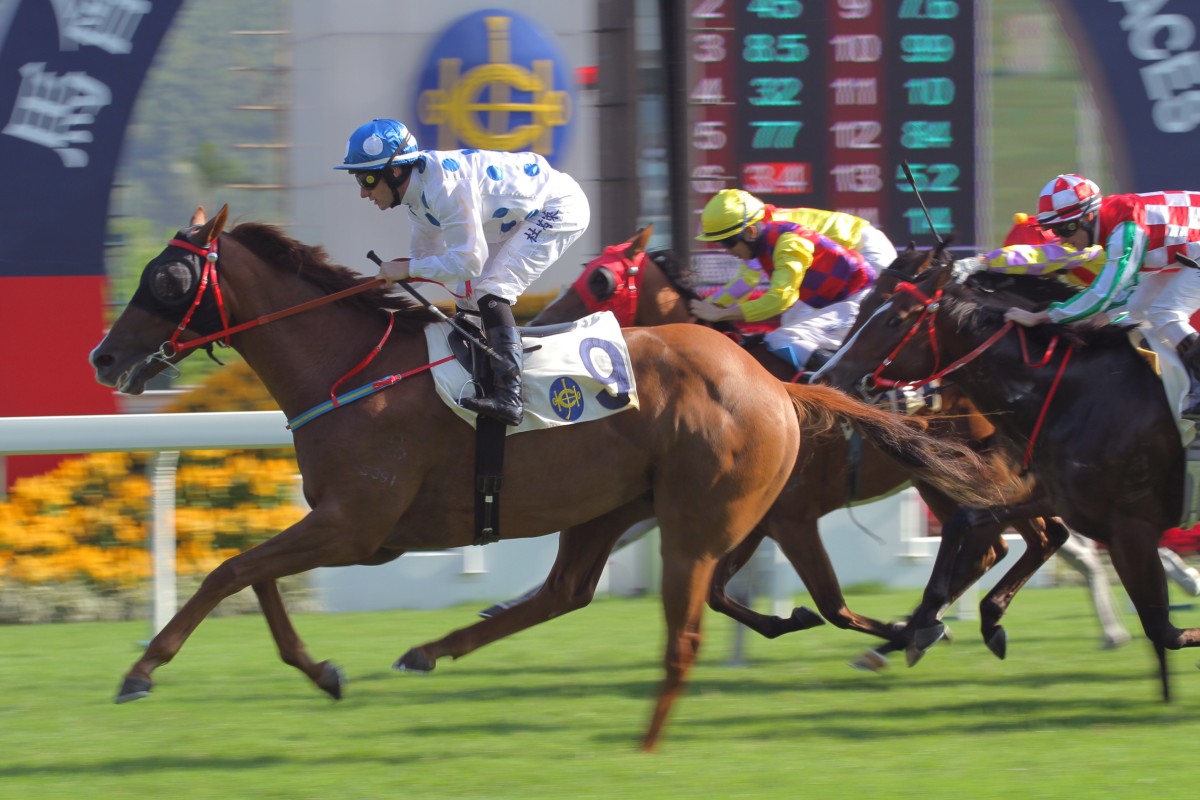 Punters weren't quite sure what to make of John Size-trained first-starter Contentment last late last month but when the four-year-old steps out for his second start at Sha Tin tomorrow he will be well found and stands out as banker in the middle leg of the Triple Trio.

Contentment went off at odds of 13/2 on debut after five trials for Size and five trials back in Australia failed to give much of a guide on the son of Hussonet's ability.

Come raceday though, the ability was there for all to see in a late finishing burst that left rivals looking like they were standing still.

After missing the start from a wide gate for Mirco Demuro, Contentment was taken back to last but rounded up the field at the end of 1,400m in the manner of a horse going places. He ran a final 400m split of 22.01s, faster than the final sectionals of any of the runners in the Group Two Jockey Club Mile on the same day, scoring with relative ease.

The handicapper left Contentment in Class Four, putting him up eight pounds to a mark of 60, and Size comes back to the same course and distance a month later.

This time Nash Rawiller rides, and even though he has drawn the same tricky gate, 12 of 14, Contentment might not find himself so far back. He will be held up for a run and the structure of the race, tempo-wise, looks like it could help him run on.

Double Dragon only has one game, that is to dictate in front, and Derek Cruz throwing seven-pound claimer Dicky Lui Cheuk-yin should ensure at least an average pace. But Dining Star, drawn 14 and with blinkers on for the first time, is key; Neil Callan has to go forward from there and it should create some urgency up front.

A clear second pick is Tony Millard's Ah Bo (Alex Lai Hoi-wing), who has improved with a change of scenery in the off-season. After catching the eye at big odds when resuming, finishing less than two lengths behind subsequent Class Three winner Star Track, Ah Bo ran on strongly to finish half a length behind Thor The Greatest despite the fact jockey Joao Moreira's saddle slipped during the run.

The form of Richard Gibson's Sugar City (Olivier Doleuze) is better than it looks on paper, and he comes up with a much-improved gate - dropping from 13 to one. Multi-Win General (Andrea Atzeni) has drawn badly, one inside the likely favourite, and will be forced to make ground but should be included.

In the opening leg, a Class Four over a mile, take Demokles (Brett Prebble) as banker, ahead of Winnam (Zac Purton), Unique Joyous (Callan) and give Glorious Ryder (Doleuze) another chance as he comes back to what looks a more suitable distance.

Keep a watch on Size-trained first-starter High Warrior (Rawiller), an unraced northern hemisphere three-year-old who is likely to race handy and should be reasonably fit after some searching trials.

In the Class Three 1,600m final leg, Dennis Yip Chor-hong has gone to blinkers in search of an extra few lengths with Good Good View (Purton), who flashed home for third behind Selkirk Star last start over the course and distance. Good Good View didn't see daylight until within in the furlong, and given even luck here he should win.