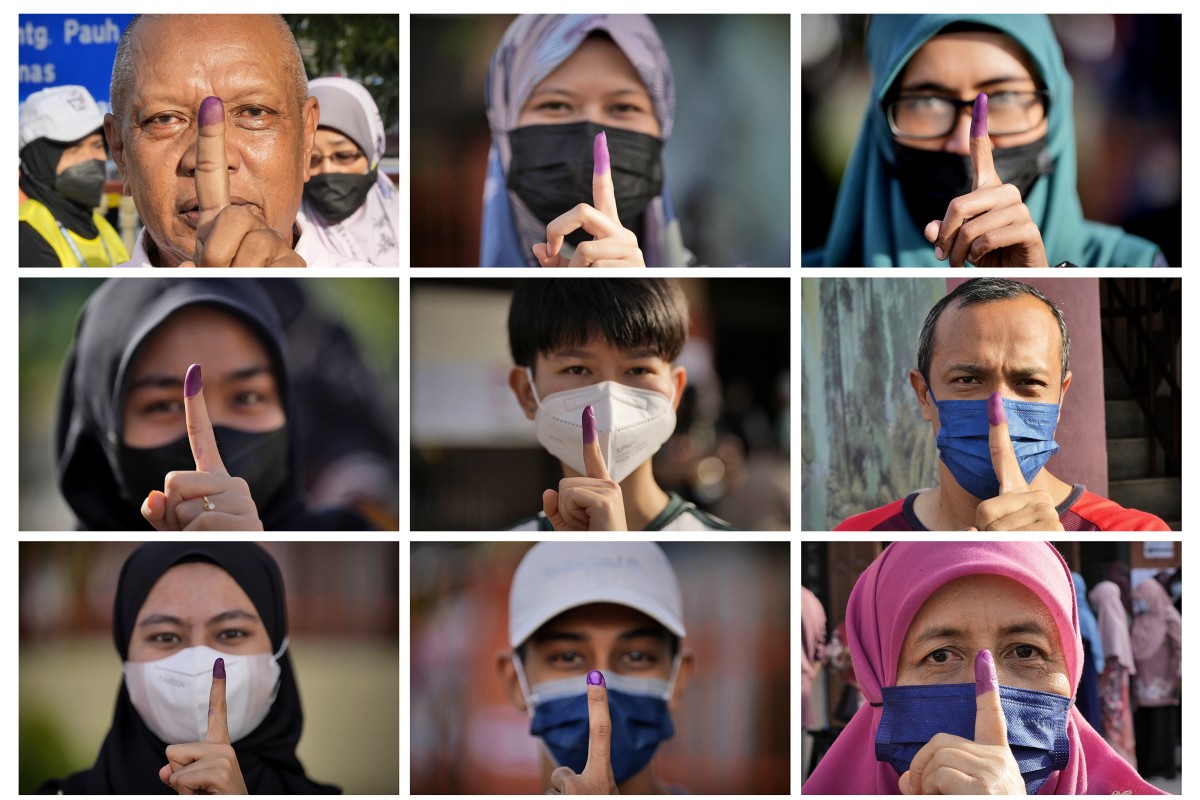 Malaysians pose with their inked fingers to mark that they have voted during the general election in Seberang Perai, Penang state. Photo: AP
Link Copied
Post
INTRODUCTION

4am, November 20: This live blog has now come to an end. Follow This Week in Asia’s coverage of what’s next in Malaysian politics after Saturday’s knife-edge election.

Polling has officially closed for Malaysia’s 15th general election, as voter turnout defied expectations in what is arguably the most hotly contested polls the country has seen.

The latest data from the Election Commission showed 14.7 million people – or 70 per cent of 21 million eligible voters – had cast their votes as of 4pm local time, exceeding the previous record of around 12.4 million votes cast in 2018.

Still, that figure is some distance from the 82 per cent turnout in the 2018 vote. There are some 6 million new voters this time around, following new legislation lowering the voting age to 18 from 21 and enabling automatic voter registration.

Observers previously suggested a low turnout was a possibility amid apathy surrounding the country’s spin-dryer politics, which has seen three prime ministers in power since 2018’s vote.

This election is also unprecedented in that three distinct coalitions are vying for the right to lead the nation for the next five years – the Umno-led Barisan Nasional, multiracial Pakatan Harapan and Malay nationalist Perikatan Nasional.