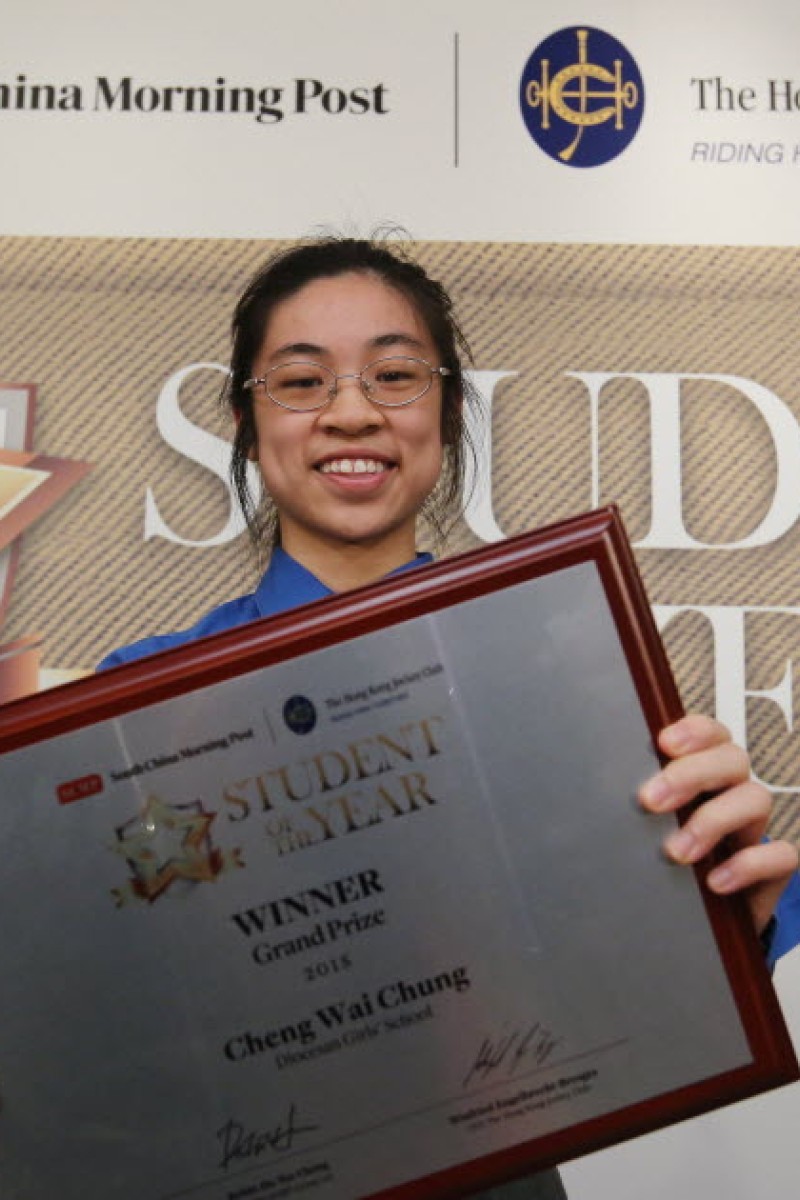 Student of the Year winners are all incredible, but the grand prize winner is exceptional in her ability to create something good out of something bad 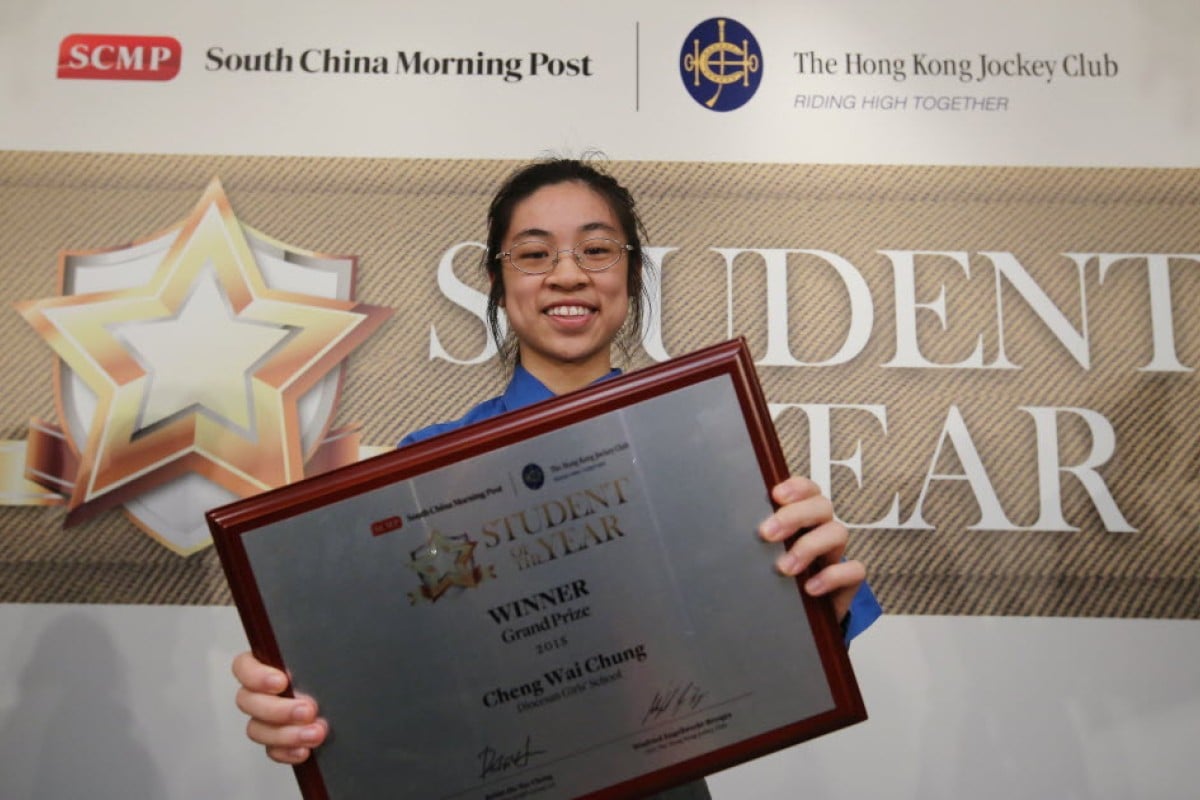 DGS's Dorothy Cheng is thrilled by her win, and is determined to stay humble and motivated.

It takes more than an outstanding academic record and mega-watt smile to be named the grand prize winner in the South China Morning Post Student of the Year competition. It also takes a winning personality that embodies curiosity, vision, ambition, and humility. The 2015 grand prize winner, 16-year-old Dorothy Cheng Wai-chung of Diocesan Girls’ School, has all these qualities, and more, in abundance. It wasn’t always that way though.

In her personal essay,Dorothy reveals that she grew up with mild autism, but that by putting herself out there again and again, she’s learned to overcome the condition.

“I am proud of how much I have achieved,” she says. “I am not ashamed to say I have autism; for while it defines a part of me, it did not define my life.”

Some things you need to know about Autism Spectrum Disorder

It is partly Dorothy’s ability to look within herself and find her inner strength that makes her so special. This is perhaps particularly important because being the Student of the Year grand prize winner isn’t just another accolade to add to one’s list of accomplishments.

After the award ceremony yesterday at Kowloon Shangri-La, Dorothy says she agrees and that the title is definitely a responsibility.

“As Student of the Year, there will be people who look up to you. At the very least, we have the responsibility of trying our very best and never giving up. We serve as role models. So if we never give up, maybe others will be inspired to do so also.”

Having learned to live with autism, Dorothy understands that “never give up” can’t just be a slogan and that it can be easier said than done - especially when the battle you’re facing is autism, like hers, or others such as depression, anxiety or feelings of isolation or inadequacy.

Dorothy says she's not ashamed of her autism, because it doesn't define her life.
Photo: Nora Tam/SCMP

“There are times when I cry and scream; it [still] happens now sometimes,” she reveals. “And I can’t claim to completely understand what others go through, but I do have that feeling too sometimes, that dealing with this world is so painful that I want to go back into my shell and not face the world anymore. But my mum and my interests help me carry on.”

Dorothy stresses how important it is to have interests and hobbies, things you’re passionate about that you can escape to when the world gets too much. “So you can put down the things that worry you, and when you pick it back up later, it’s less stressful. If you don’t have such an interest, sleep. When you’re emotionally stressed, your brain is tired and your thoughts can drive you crazy. But sleep can shut down all those thoughts, and when you wake up, you’ll have more energy to deal with all the things in your life.”

Autistic teens let their cameras do the talking

The hallmark of a true grand prize winner is having the drive to pursue a range of passions, and Dorothy is nothing if not ambitious. Not only has she participated in Model United Nations conferences multiple times, locally and abroad, she’s also competed in maths, science and computer competitions.

A keen scientist, Dorothy says her passion comes from realising how simultaneously benevolent and cruel science can be. When she was five years old, her mother had a stillborn son, an event which would lead to Dorothy’s fascination in the powers of science. She wants to one day harness that power to do good.

Her current passion project - one of many - is helping work out how to convert common greenhouse gas methane into methanol . “We’re talking so much about fuel and how many fuels are almost used up, and methanol is a very good fuel,” she explains. “And methane is so abundant in our atmosphere. If we can find a way to make this conversion work, it can be very good for the environment.”

Dorothy speaks with such confidence and conviction, it’s easy to forget she’s only 16, but she clearly is very aware of the fact. Endearingly humble, she laughs and says she’s a “small potato, a very small part” in this passion project.

Well, society is much like a machine, and in every machine, every part counts. And Dorothy is clearly on her way to becoming a very important part.