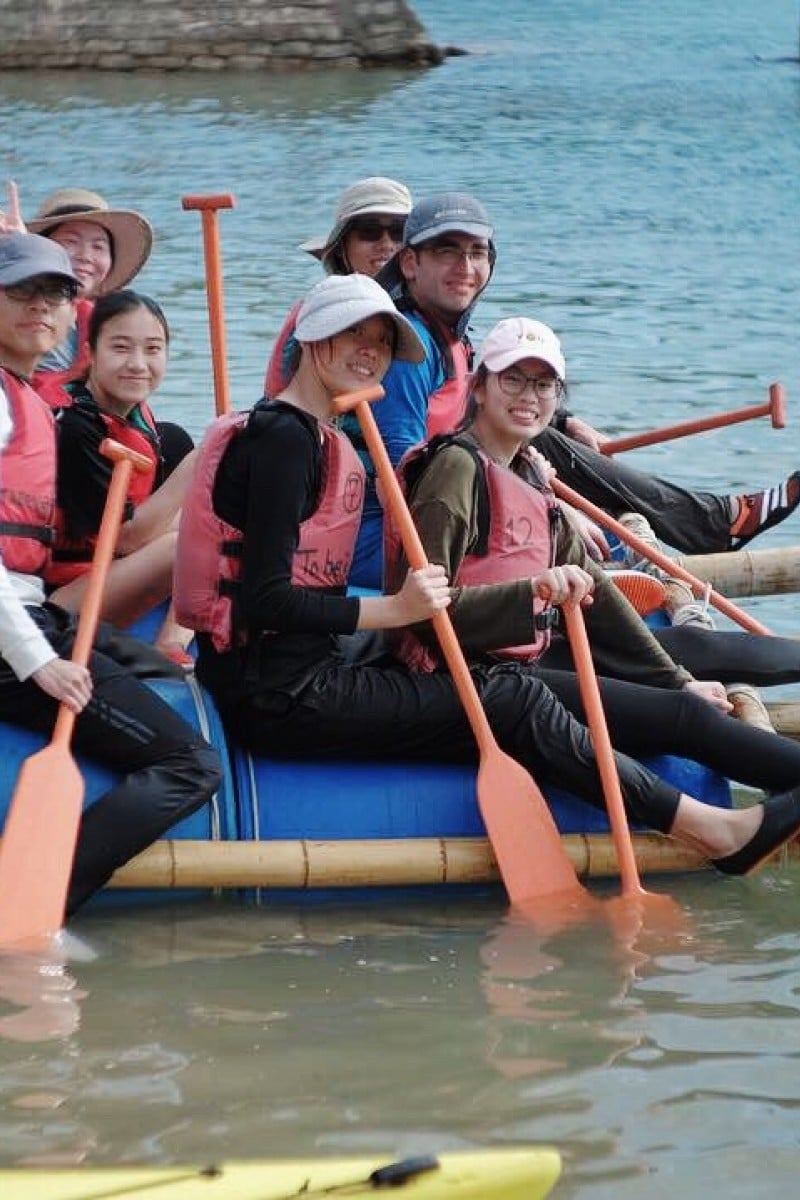 A day of thrills, challenges and triumphs helped this year’s Student of the Year candidates grow from competitors into companions 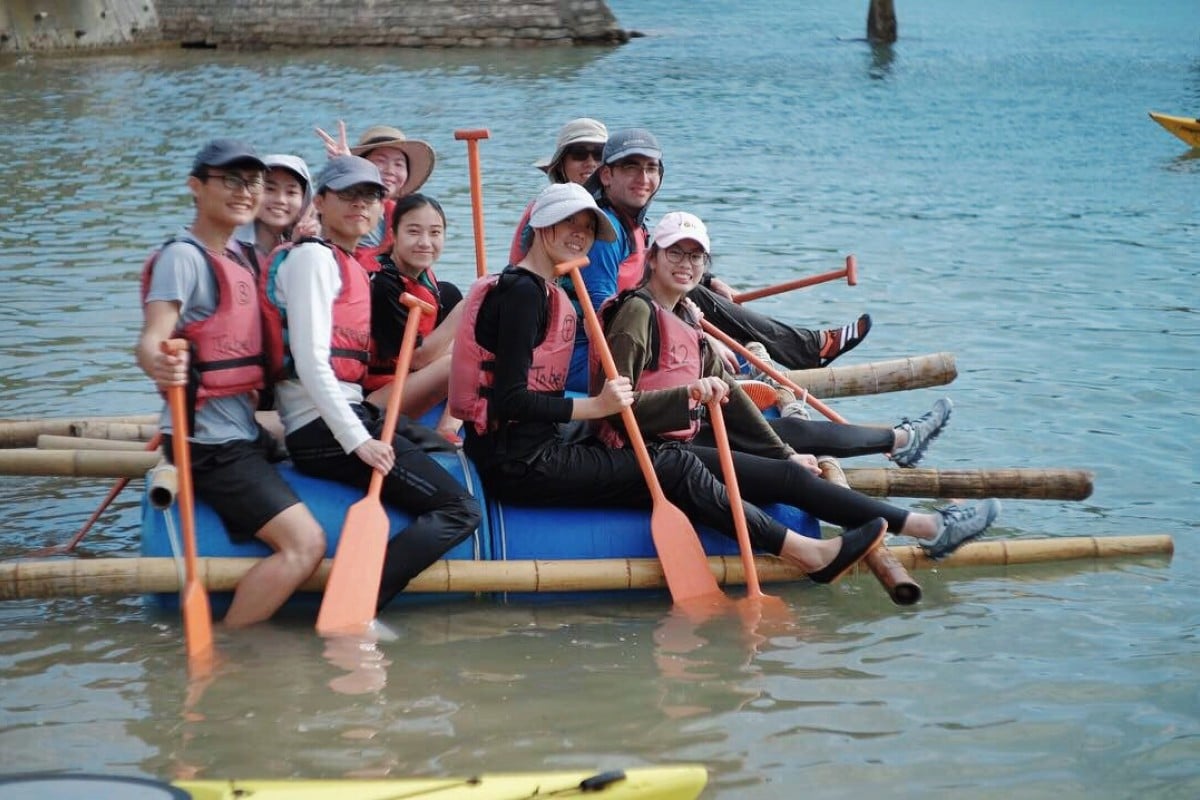 The Student of the Year hopefuls took on variety of challenges at the leadership camp, like building rafts.

As well as preparing to be put through their paces by the judges, this year’s Student of the Year candidates had the chance for some fun in the great outdoors. The students spent the past weekend climbing, swimming and, most importantly, bonding at Sai Kung’s Outward Bound adventure course, as part of the Student of the Year leadership camps.

They took part in a series of activities on land and in the water – all of which were designed to boost their confidence and teamwork skills. While their performances were being assessed throughout the day by the instructors, the main goal was to make friends and have fun.

The day began with a group discussion on the meaning of leadership, to get everyone in the right frame of mind for the tasks ahead. Then, it was time to put on helmets and harness up for the first challenge.

SOTY 2018: Performing Artist candidates on their hopes and fears, and the unexpected courage they found through the competition

Students took it in turns to walk along either a high rope or a narrow wooden beam several metres above the ground. They had a rope tied to their harness, and it was up to the rest of the team on the ground to adjust the tightness of the rope to keep their teammate safe.

Sixteen-year-old Lee Hiu-lam, a candidate in the Sportsperson category, admitted she was worried her nerves would get the better of her.

“I was very nervous because I’m a bit scared of heights,” the student from TWGHs Sun Hoi Directors’ College told Young Post. When she reached the top of the course, her legs began shaking uncontrollably. “Luckily, my teammates kept encouraging me and told me to stay calm. So I stopped looking down, took a few deep breaths, and finished the task.”

Students take it in turns to jump off the jetty for the day’s final challenge.
Photo: Joanne Ma/SCMP

Alex Mai Wen-feng, 18, is in the Best Improvement category. The key to the rope activity, he said, was trust.

“Even though we’d only just met, everybody was already encouraging one another to be brave,” said Alex, who attends St Margaret’s Co-educational English Secondary School. “When you’re up there, you have no choice but to trust your teammates on the ground.”

In the afternoon, the water activities began. Working in groups, the students had to build a raft that could float in the water and transport them to a nearby pier. They were only given six barrels, some wooden sticks, ropes, and an hour to complete the task. Sounds daunting, but the students took it in their stride.

“It was actually very fun. After getting to know each other during the morning activities, I felt more like a team in the afternoon,” Yang Muhua, 16, said. Muhua, from St Joseph’s College, is a candidate in the SOTY Scientist/Mathematician category.

He added that it was great to see everyone working towards a common goal, discussing strategies and learning from one another.

By the time all the teams had reached the pier – either by paddling on their raft, or by swimming after their raft had fallen apart – the camp was filled with high spirits and a huge sense of achievement.

But there was one more challenge in store: jetty jumping. The students had to jump from the end of the pier into the water, some four metres below. Joseph Yip Tin-nok, 18, a candidate in the SOTY Best Devotion to School category, was one of the last to jump. He told Young Post afterwards that if he’d been on his own, he wouldn’t have done it.

“My teammates were cheering and counting down multiple times for me,” the Diocesan Boys’ School student recalled. “I kept hesitating, but they kept trying to give me courage. That allowed me to break through.”

His biggest takeaway from the day, he said, was the uplifting power of being part of a team.

Uma Bery, 17, a candidate in the SOTY Grand Prize category from German Swiss International School, also reflected on the day.

“It’s nice to take a minute out of our very busy lives and to do something in nature.”

The Student of the Year Awards competition is organised by the South China Morning Post and Young Post, and sponsored by the Hong Kong Jockey Club.