SOTY 2018: Linguist finalists show how language is as relevant to STEM subjects as it is to communication and empowerment

Students in the English, Cantonese and Mandarin categories impressed judges with their take on the theme 'aspire to create' 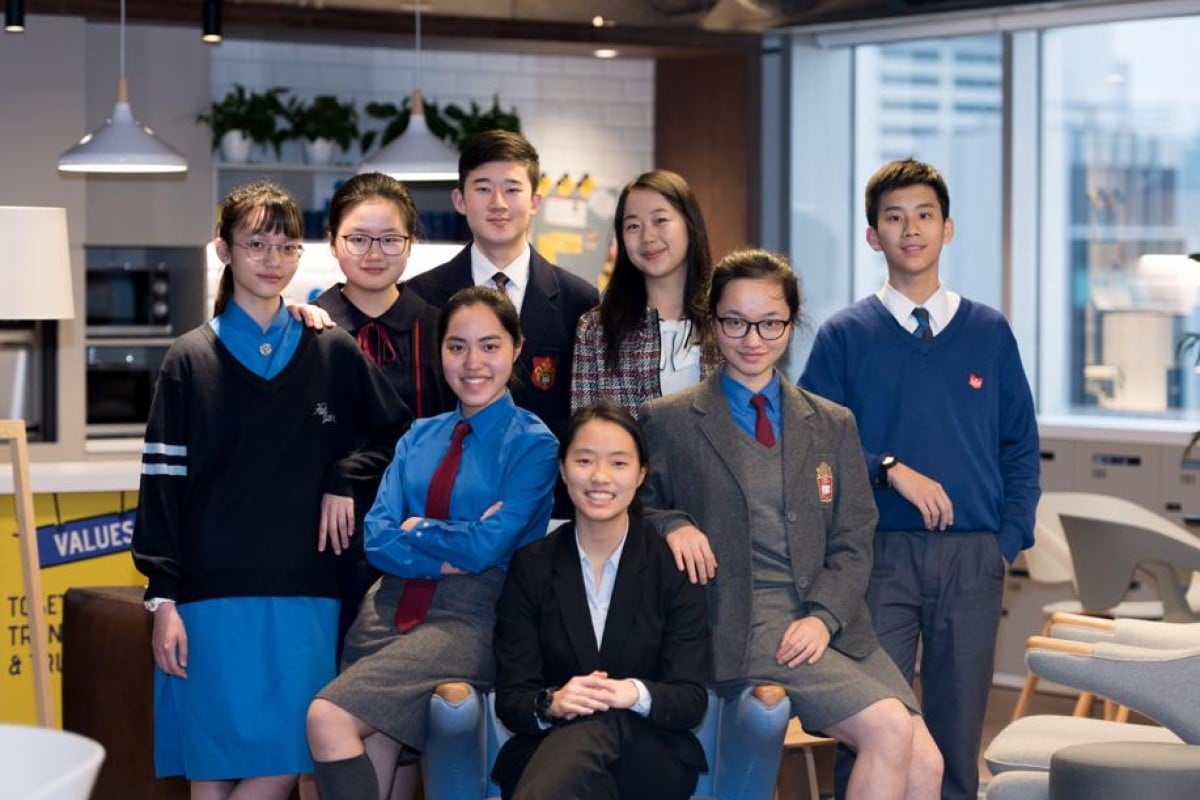 All the finalists including those in the Mandarin category came across as confident, sincere, and excellent communicators.

How would you tie your favourite language to the theme “aspire to create”? Difficult as this may seem, this was the challenge this year’s Student of the Year Linguist finalists were given. On the final judging days on February 25 and 28, the 23 finalists from the Cantonese, English, and Mandarin categories each delivered a speech on the topic to impress the judging panel at South China Morning Post’s office in Causeway Bay.

English finalist Tristan Gomez, 17, linked language to science, and made use of existing technology to help underprivileged primary students develop interests in English learning. The Lingnan Secondary School student and participant of Kid4Kid’s Buddy Reading Programme used  the app Nearpod to incorporate games, quizzes, and VR activities to make English reading more enjoyable for students. “I hope to use innovative teaching methods to instil creativity in my students, who will then hopefully enlighten future generations,” said the aspiring teacher.

Eunice Chong Yan-ying, 16, from Diocesan Girls’ School also believes in the power of reading. She wants to set up English reading programmes in the near future for poverty-stricken children who may not have access to books. “I want to be a public motivational speaker who helps other ethnic minority girls in Hong Kong,” another English linguist finalist Aiman Nadeem told Young Post. Despite feeling under-represented in the past, the Pakistani girl says exposing herself to English debating and public speaking has helped her unleash  her potential, and she wants to motivate her peers, especially those who have a cultural background similar to hers, to find theirs, too.

We don’t know about their checkers or chess skills, but these Cantonese finalists could probably talk you into losing.

A devoted debater, Cantonese linguist finalist Anthea Ma Hiu-ching, 16, chose to promote creativity  as a powerful tool to bring about social change. “As an artist and a former participant of a social entrepreneurship enrichment course, I hope to correct the misconception that creativity is merely something abstract. When put to good use, it can become a practical solution to existing social problems,” said the Good Hope School student.

Meanwhile, fellow Cantonese finalist Apple Ng Tsz-yau, 16, expressed the importance of experiencing failure as well as success. “Both success and failure contribute to your life’s jigsaw puzzle. But regardless of the result, the most crucial thing is that you  dare to dream and do your best to create your dream in the first  place,” said Apple. The Ho Yu College & Primary School student used her experiences of dealing with dyslexia to prove that any obstacles can be overcome by not talent, but hard work.

Fifteen-year-old Jacky Ng Wang-san, a finalist in Mandarin, explored the relationship between Chinese culture and innovation. The Chinese Foundation Secondary School student said, “Tang poetry wouldn’t have existed without the creativity of our ancestors.” He also illustrated how new technology should help revive Hongkongers’ interest in Chinese language and culture.

Another finalist in Mandarin, Heep Yunn School student Jolie Chan Lok-yin, wanted to change people’s negative perception of Mandarin,  and promote the language through education and increased use through mediums like TV advertisements.  “I believe Mandarin will be an important language in the future,” the 17-year-old said.

The judges were impressed with the powerful and emotional speeches the English finalists delivered.

Judges of all three categories agreed that the overall standard of the candidates is high this year, with the top performers – confident and sincere – giving powerful and emotional speeches. However,  they also pointed out that some candidates were tricked by the abstract theme, and went off topic.

Professor Steve Walsh, a judge of the English category and Newcastle University’s Head of Applied Linguistics and Communication, said all the students had proved that they deserve to be finalists in this category. “The students are, without a shadow of a doubt, all excellent communicators.”