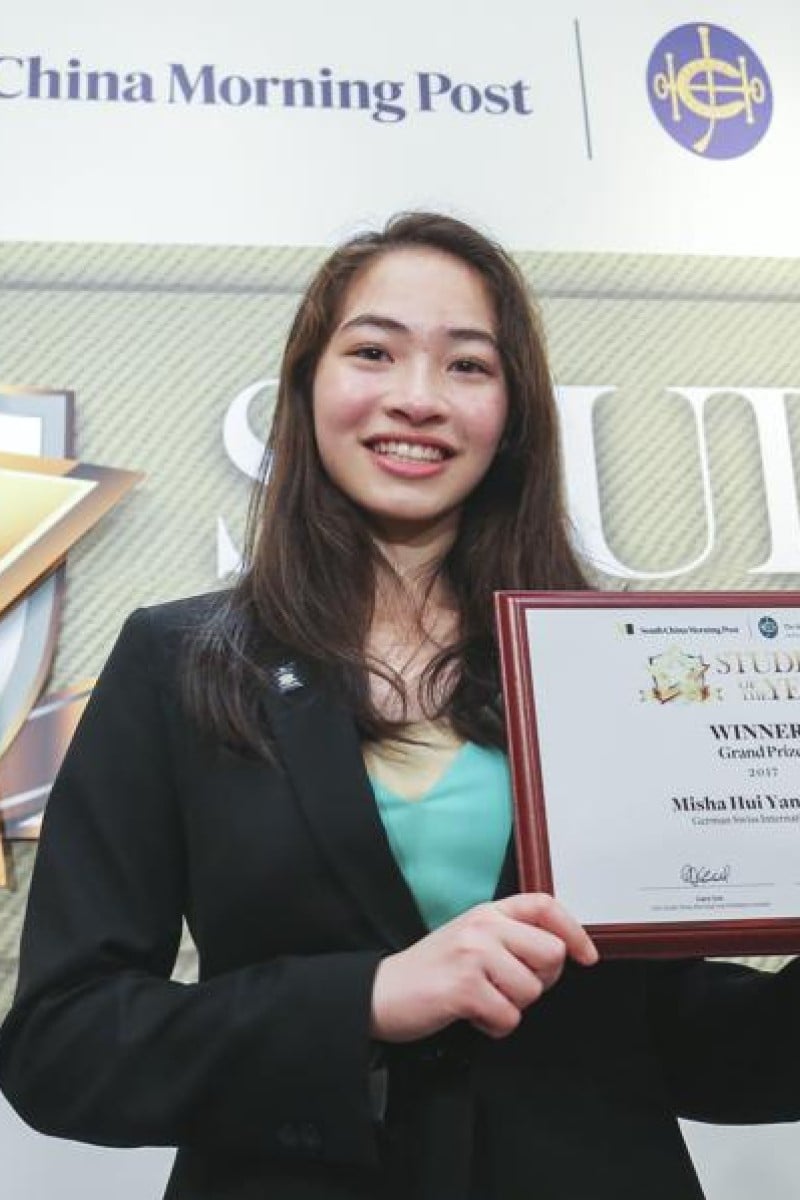 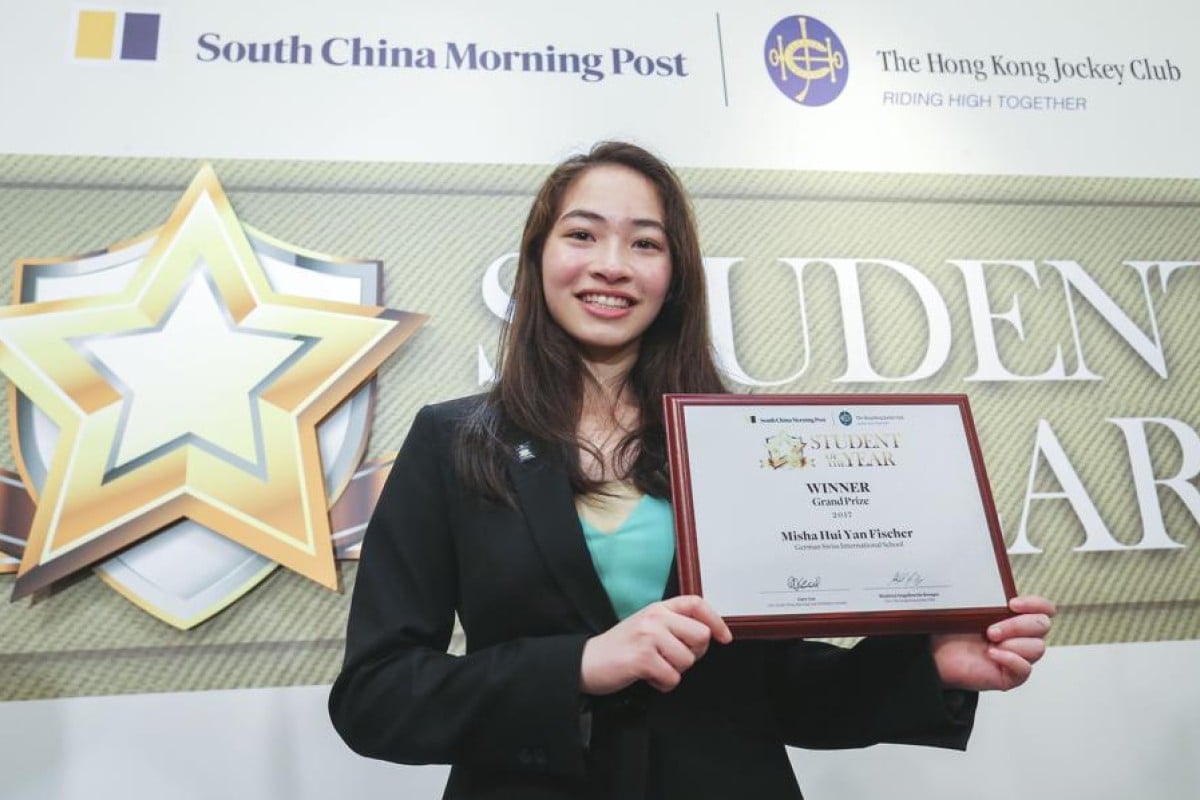 Misha doesn’t want girls to be afraid of pursuing a career in science.

When Misha Hui-yan Fischer heard her name announced as the Grand Prize Winner at the Student of the Year Awards, she walked on the stage, poised and confident, looking every inch like the winner she was.

The 17-year-old had every reason to feel proud, given the hard work she has put in over the years. Plenty of people aspire to be linguists, musicians, scientists, community contributors or athletes – but not many succeed in being all at once.

The Year 12 student from German Swiss International School is Hong Kong’s top scorer in the 2017 IGCE Biology and Computer Science – and, as an active feminist, is proudly flying the flag for female students competing in the male-dominated fields of science, technology, engineering, and maths (Stem).

Stem: not just for boys – GSIS's Misha Fischer on why girls should take on the sciences

She’s also the leader of the student-run organisation Cell (Community Engagement in Learning and Living), which empowers the underprivileged in Hong Kong.

As if that weren’t enough, Misha was a member of the Hong Kong national public speaking team, and ranked sixth in the debating category at the World Individual Debate and Public Speaking Championships held in Australia last year.

Misha is undoubtedly talented, but it takes a certain tenacity to take that talent as far as she has. As she told Young Post, she simply can’t help but want to share what she loves.

“I get such fulfilment from [what I do], I feel almost obliged to try and share that,” she said.

Even as she celebrated her win, she was thinking about how to use her platform to further the causes she cares so much about.

“It’s incredible to get this type of recognition; it puts me in a particularly special position to be able to advocate the things I care about,” she said. “I think even at today’s ceremony, I was able to reach a lot of people by talking about women and science, and why it’s so important to me.”

SOTY 2016: Young Post's own junior reporter, the Ng-credible Belinda, is Student of the Year

Misha is well aware of the disadvantages women face when entering Stem fields: “A lot of the time when girls are discouraged, maybe even subconsciously, from going into Stem fields ... what we end up doing is putting a damper on intellectual curiosity,” she said. That’s something she hopes to change.

As part of a Cell project, she initiated a fundraising campaign last year to support the Women’s Foundation – a non-profit organisation which empowers female in the world – in providing free coding classes to local students from Band Two and Three girls’ schools.

“I remember when I first started programming; it’s a whole new way of thinking, so I think it’s an incredibly important skill for [other females] to have.”

“It’s such an incredibly rewarding feeling to empower other people,” she enthused, adding that she wants “to not just advocate for change, but act for change”.

Being a SOTY winner, she hopes, will help move her forward in that journey. “I think that SOTY has allowed me to show ... people the extent to which you can achieve things when you really put your mind to it, and when you really hope to achieve it.”

More than just a hobby, Misha’s enthusiasm for public speaking has been a vital tool in helping her communicate her ideas to a wider audience.

Gallery: Behold the global citizens, role models, and future leaders of the world

“I think that scientific innovations, ideas and problems in the world only have [a strong] impact when you have the right messenger,” she said. “What debating and public speaking have really taught me is how to speak to people’s hearts and minds – not just speak at people, but with them.”

Moreover, public speaking is another skill she wants to be able to share; she coaches the junior debate team at her school, as well as volunteering at a local school. Her goal, she explained, is not to tell people how to think, but to open up a dialogue so that everyone’s voices can be heard.

With such an incredible amount of drive, it may seem as if Misha already has everything figured out. But, she admitted, that couldn't be further from the truth – and that’s something she’s okay with.

“The biggest favour you can do for yourself is have a really good mindset towards failure,” she said. “I used to see failure as proof that I’m not good enough, proof that I shouldn’t have tried because I failed. But I had a big wake-up call when I realised that failure isn’t the end of something, failure ... is a necessary part of success.

“Being able to go for things without being afraid that you’ll fail, or that other people will judge you for it – I think that’s ultimately what will allow a lot of people to be able to reach goals that they’ve never thought about.”