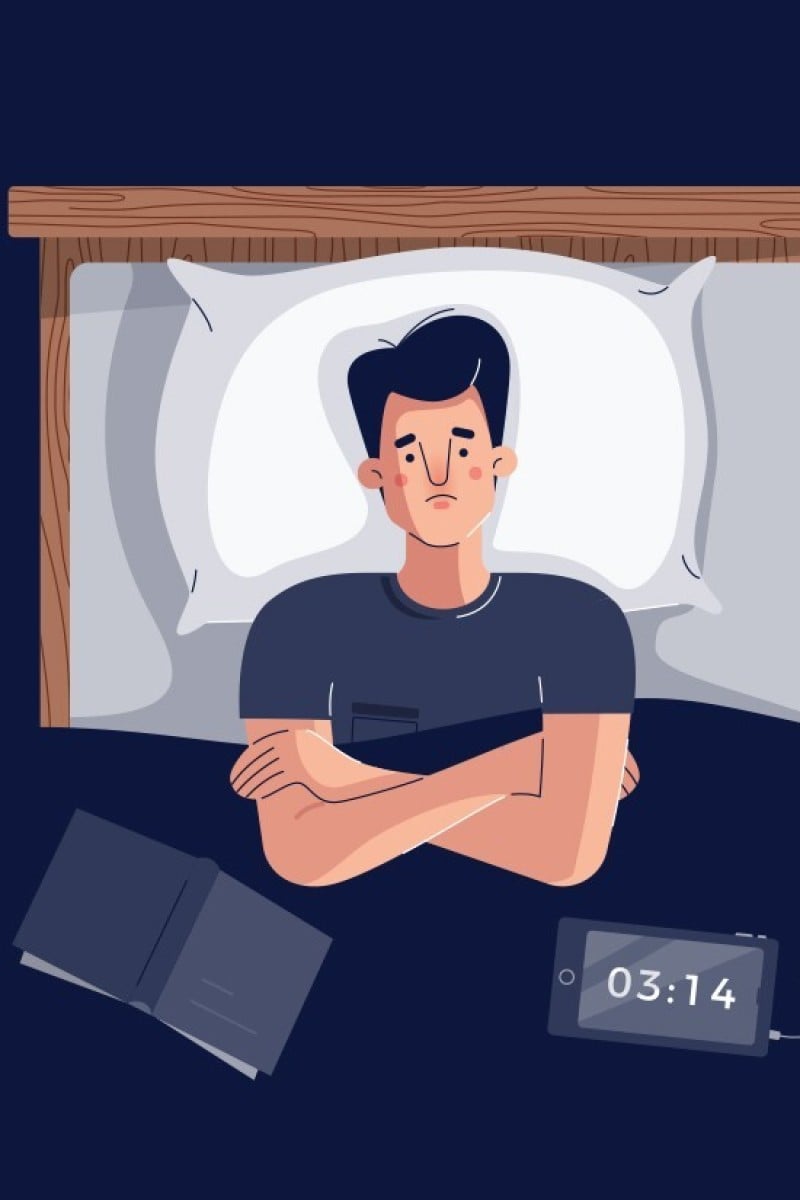 What is revenge bedtime procrastination? And why do we do it to ourselves?

Letters to the EditorsFrom YP readers 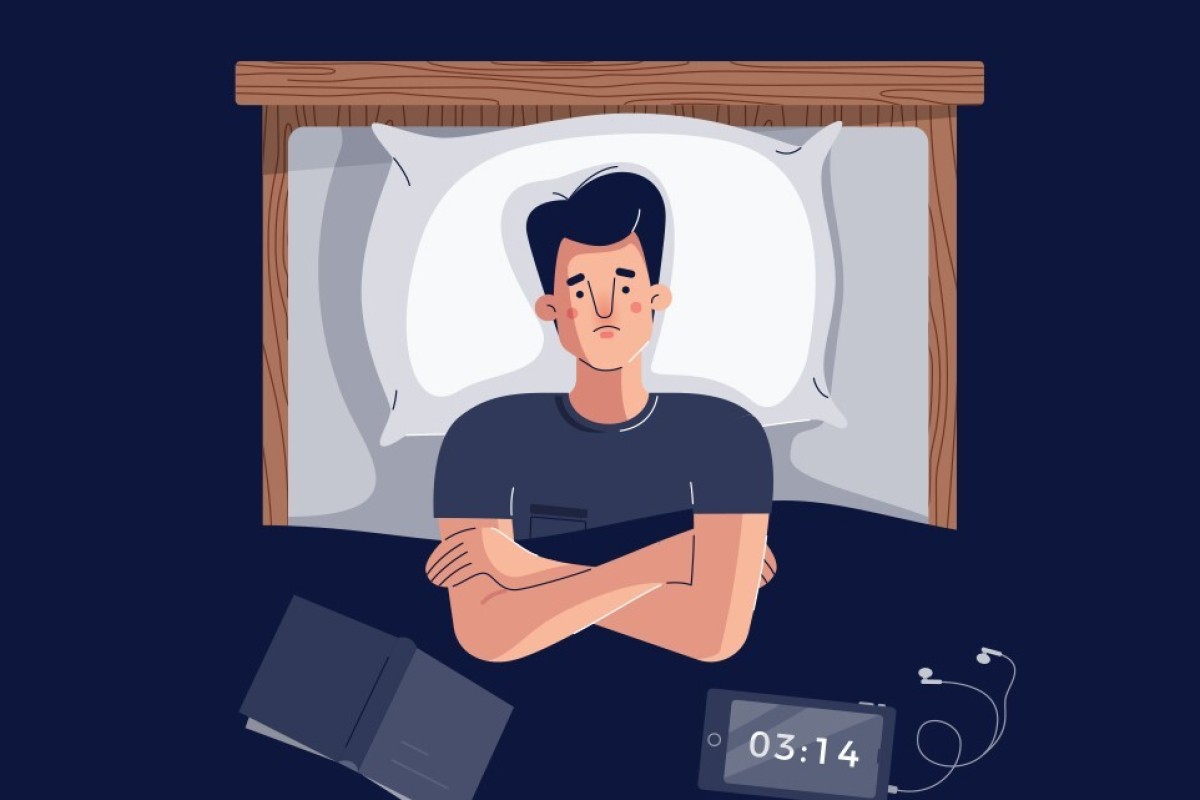 Does this sound familiar? Instead of closing your eyes and counting sheep, you scroll aimlessly on Instagram until you see the words: “You’re all caught up.” Or you sit on the sofa, unable to resist the temptation to press the button for the next episode on Netflix, even though your body screams for sleep.

If you find yourself nodding, chances are you suffer from bedtime procrastination.

While many people experience interrupted sleep or insomnia, bedtime procrastination is different.

What causes insomnia – and what can you do about it?

People who have it voluntarily deprive themselves of sleep at night, regardless of how tired they are.

In 2014, researchers in the Netherlands described it as failing to go to bed at the intended time, without external circumstances preventing one from doing so.

Most scientists say this comes from a low level of self-discipline.

The phenomenon was given more emotional depth across the Chinese internet when the word “revenge” was added to the term.

Self-care tips to help you look after your physical, emotional and mental healt

“Revenge bedtime procrastination” – the literal translation is “staying up late in a self-revenge way” – is not simply about procrastinating, though. It is about compensating yourself mentally after a day monopolised by duties and responsibilities. The night is the only time to have precious “me-time” and “regain control”.

The phrase went viral in English on Twitter after a post by New York-based journalist Daphne K. Lee.

She says the phenomenon refers to “people who don’t have much control over their daytime life refusing to sleep early in order to regain some sense of freedom during late-night hours”.

We asked some readers whether they had experienced it.

Zhiyi Rong, a Grade 11 student at Emma Willard School in the US, says she can relate. She does not have enough time to do all she wants during the day, so does it at night.

“After I get to bed, I feel like I can finally do whatever I want to do,” she says. Although it has not affected her mood or study schedule, it has impacted her sleep patterns.

“I go on my phone ... for hours. I’ve been like this since seventh grade and there’s really no going back from it,” she says.

“I hardly ever get a moment where I can completely control what I’m doing in life, with all my homework and university applications and obligations, so most days I spend maybe half an hour at night to watch YouTube and wind down.”

Productivity apps to help you balance studying, fun – and sleep!

Allyson Ye, a Year 11 student at Chinese International School in Hong Kong, says she has been experiencing bedtime procrastination for a couple of years, too, but had not previously known there was a name for it.

“Even when I’m dead exhausted, I put off sleep to the last possible minute by watching Netflix, reading, and so on,” she says.

Others said that they engaged in revenge bedtime procrastination, but more out of guilt than trying to enjoy some quiet time.

How to stay active when everything is on lockdown

Nester Chik Yiu-kai, a first-year student at the University of Science and Technology, says: “I often sleep until 2pm, wasting the morning, so I stay up late to ‘compensate’ for the wasted time earlier, forming a vicious cycle that means I wake up later the day after.”

Samrin Monami, a Year 10 student from Island School, feels the same, saying she stays up sometimes because she feels guilty she didn’t achieve enough during the day.

“It’s like, if I sleep a bit early one day, I feel guilty because I know I have a lot of school work and other things to do, and I am just wasting my time by sleeping,” she says.

Don’t be ashamed of getting help for your mental health

Dr Kimberly Carder, a clinical psychologist at Hong Kong clinic Mindnlife, who specialises in working with young people, says that while people may feel they’re taking back some power with “revenge” procrastination, and doing what they want, spending more time on their phone can actually lead to digital addiction, a situation out of their control.

“Screens do a really good job of making you feel like you need them,” she says

The quest for perfection can lead to depression, but you can overcome it

Carder says the pandemic has aggravated bedtime procrastination, with students struggling with being stuck at home, learning online. It’s all too easy to lose sight of what is “necessary screen time” and be obsessive about being online.

Before the pandemic, after all, there was a clear distinction between home time and working time, but not any more.

“Home used to be the place where we relax; now home is where we do everything,” she says, adding that working from home has changed the way we behave.

“Bed should just be your bed; you should not be working from your bed, nor should you be on your phone on your bed,” she says.

Carder says teenagers should not allow technology to get in the way of a good night’s sleep because it could have a serious impact on both their mental and physical well-being.

“Make going to bed an enjoyable process,” she says, “rather than something that you feel reluctant to do.”