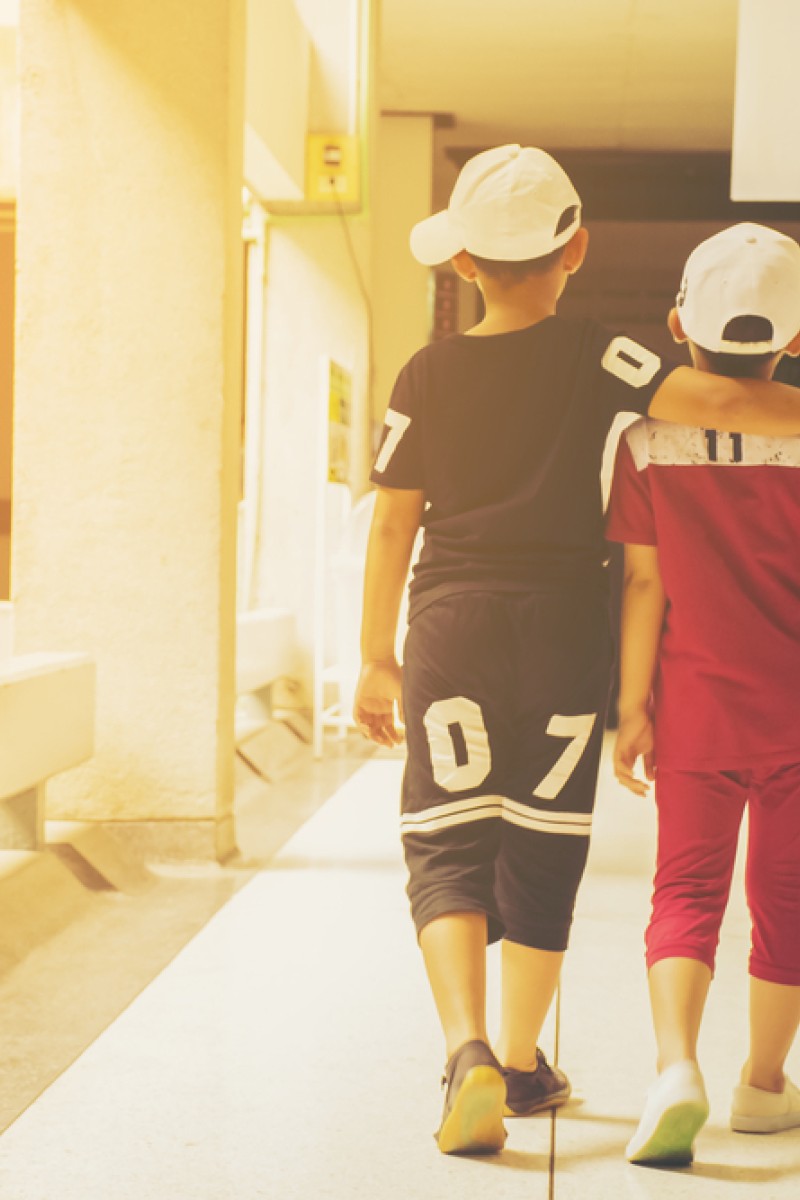 Bromance 101: why male friendships are healthy and important to your life and future

There are many stereotypes surrounding how a male should or should not act, but it’s time we break such set ideas. Here’s how to start 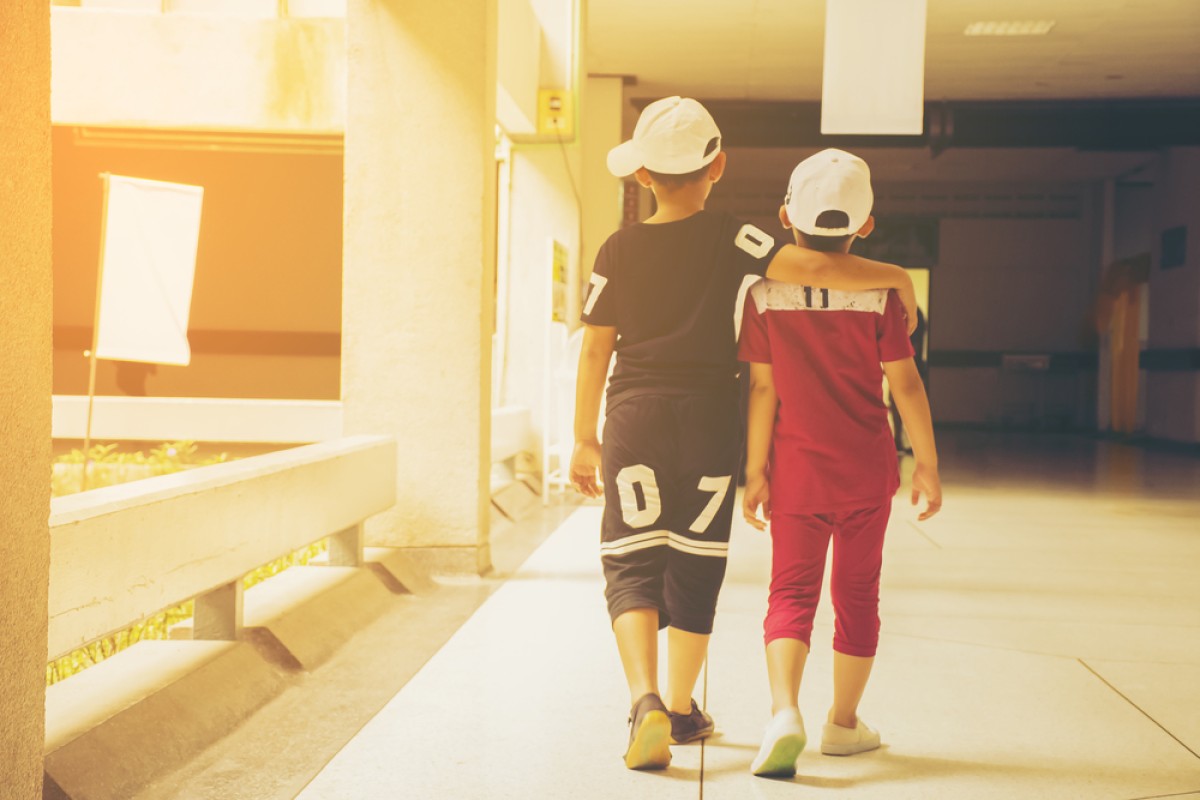 Don't let social expectations keep you from expressing affection for your guy friend.

The seventh-grade boys at George Jackson Academy in New York City, in the United States, snickered when developmental psychologist Niobe Way told them about a teen who loved his best friend. She asked them what was funny, and a student said, “The dude sounds gay”.

Way expected that reaction. Challenging male stereotypes is part of her work with the Listening Project at New York University, which aims to help boys build their capacity for relationships.

“At that age, boys are really starting to get hit in the face with masculine expectations, and there’s little wiggle room for what’s acceptable,” says Andrew Reiner, an educator who researches boys and vulnerability. As a school counsellor, I know this frustrates many kids.

What the guys on our team wish they'd known at 16

At my school, I recently asked several middle school boys to fill a “man box” with words that reflect cultural ideas about masculinity. “Competitive”, “aggressive”, “tough” and “sporty” all went into the box.

“You’re not supposed to care about grades or whether you can be yourself with friends,” one boy said. “I think we all feel those things are important, but no one wants to risk getting a bad reaction.”

These stereotypes limit who boys can be, says Joseph Derrick Nelson, an assistant professor at Swarthmore College who researches how gender stereotypes influence boys’ identity development.

“We think they want to be left alone, but they very much want to rely on and support their friends.”

People don’t think twice when they see girl friends hug or compliment each other; why can’t guys do they same without getting weird looks?

Here are ways to help break male stereotypes and form closer friendships with your bros.

On and off the court

Many moments of intimacy are accepted in the context of sports. “When someone tells his teammate, ‘That was a really great catch,’ it’s an expression of vulnerability, but I don’t think boys know it,” says Aziz Abdur-Ra’oof, a former American football player who works with adolescent boys.

Why not take the concept beyond sports and encourage your friends when they ace a test or compliment them on their new hairdo.

Be the sensitive type

“Boys love banter, friendly insults and trash talking, and this is really the root of a lot of boy issues, because there are different tolerance levels for sarcasm,” says Ricky Stakem, a counsellor at Thomas W. Pyle Middle School in the state of Maryland.

“If a boy sees someone with a black eye and says, ‘Your face is messed up,’ that kid’s feelings might get hurt even if the first kid isn’t trying to be mean.”

Train yourself to recognise your friends’ boundaries. If a friend looks upset or stops engaging, it’s time to back down.

Growing Pains: is our quest for perfection leading to depression and low self-esteem?

A boy who doesn’t like roughhousing might keep his discomfort to himself, says Jennifer Webster, director of school support and improvement for Maryland’s Montgomery County Public Schools.

“If a couple of kids tie a boy’s shoelaces together, he might feel pressure to laugh, but not have a great day,” she explains.

Remember to ask yourself whether you’d like it if your friends did something similar to you.

Don’t bottle up your feelings

Don’t be afraid to show your emotions. A lot of boys try to hide their feelings because they’re afraid showing them will make them seem weak. But It isn’t healthy to keep your emotions bottled inside.

Next time you feel like crying or are scared and want to shout during a movie, don’t hold it in. There’s a high chance your friends are feeling the same way and you can be the one to show them it’s OK to show how you really feel.

How well do you 'Know Your Bro'? Peking Duk takes on the challenge

“All the norms around masculinity for boys are about physical toughness. ‘You’re not going to disrespect me. I’m going to shove you to show you that you can’t do that again’,” says Nelson.

Boys are more likely than girls to walk away when there’s a hiccup in a friendship, Way says, and that can affect how they handle romantic relationships later down the road.

“Their girlfriend may do something, and the only solution they can think of is to leave,” she says.

Tips for guys on navigating Boy World and secondary school

Making up with a friends after a fight takes work and vulnerability.

Rather than resorting to physical violence, try talking it out with your friend and if you were the one in the wrong, be the bigger man and apologise.

Be curious about others

Learn how to be a good listener by following up surface conversations with deeper questions. A lot of experts say that empathy is important for friendships, but curiosity is often just as important in a friendship.

For example, if your friend tells you about a project they’re working on, ask them more about what it’s about, or the most difficult part about it so far.

Adulting 101: 7 real-life skills that will make growing up and going to university better for you

Purely physical interactions can be just as off-putting to boys, but it’s hard to avoid them.

“Middle school boys will never quietly shake your hand,” Stakem says. “They’ll slap your back or give you a piggyback ride down the hall. Boys need human touch as much as girls, but they don’t want to be perceived as touchy-feely.”

Don’t hesitate to pat your pal on the back or give them a hug if they’re feeling down. William Parker, the executive director of the Oklahoma Middle Level Education Association said, “I hug the guys I know ... you can have deep, affectionate friendships that don’t have to be about romance.”

Challenge the definition of a ‘real man’

The idea of what a “real man” is is about as accurate as the idea that all girls like the colour pink and playing with dolls.

Encouraging your friends and showing them you care will not make you any less of a man than you are.