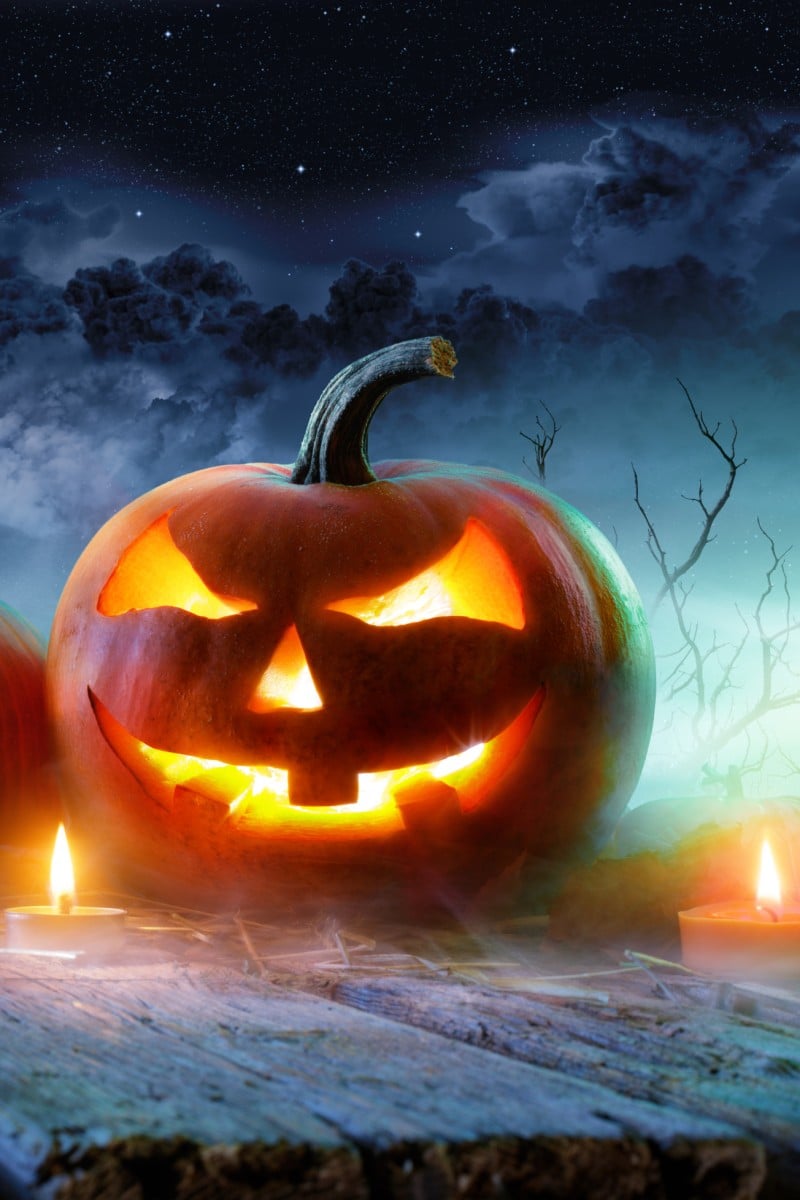 Explainer: Halloween’s origins and famous traditions, from trick-or-treating to jack-o’-lanterns

29 mins ago
GlobalRussian invasion of Ukraine 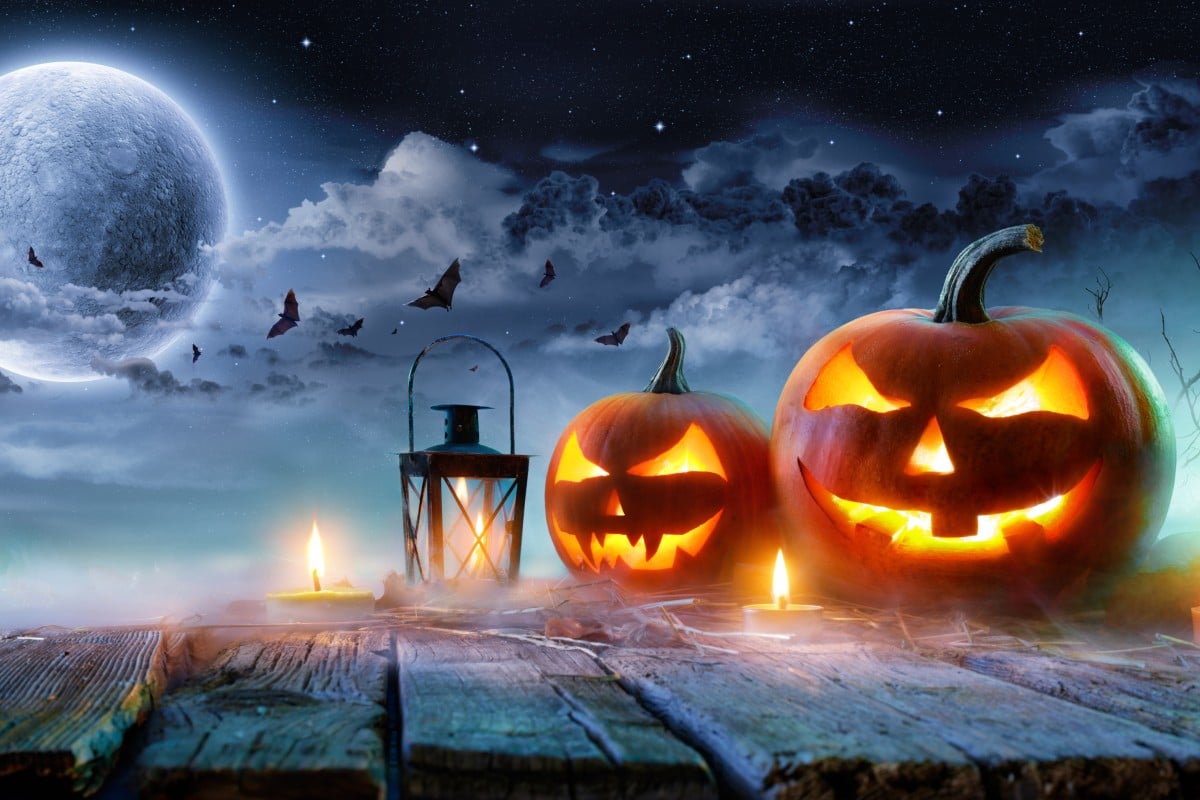 How much do you know about Halloween? Photo: Shutterstock

Halloween is just around the corner! Falling on October 31 every year, the festival is celebrated with spooky and fun activities such as trick-or-treating, costume parties, and visits to a haunted house or two.

Beyond all these beloved traditions, how much do you know about this day? Let’s dive into a few fun facts about Halloween and how it is celebrated worldwide.

Welcome to hell this Halloween at Singapore’s “Hell Museum”

What are the origins of Halloween?

Halloween is said to have originated more than 2,000 years ago from the ancient Celtic festival of Samhain, a harvest festival that the Celtic people in Europe celebrated as their new year, which fell on November 1.

The Celts believed that the boundary between the worlds of the living and the dead blurred on the night before the new year, allowing ghosts to return to Earth and haunt the living. Therefore, people would dress up as animals or monsters and light bonfires to scare off evil spirits.

Those traditions were later incorporated into Christianity. The word Halloween, which was first recorded in the 1550s, is a contraction of the phrase “Allhallows Even”, meaning “hallowed [holy] evening”. It refers to the night before All Saints’ Day, a Christian holy day that honours saints past and present. Those customs were later brought to the US by immigrants and evolved into today’s candy-and-costume-filled festival.

Beyond Halloween and Día de los Muertos: Celebrations of death from around the world

What are some interesting Halloween traditions and their origins?

Trick-or-treating is very common in the US and Europe, and children dress up in costumes and go door-to-door asking for candy on Halloween night. Although no one is really sure where the phrase came from or when the tradition started, it is said that the first trick-or-treaters were poor children in medieval Europe who called the practice “mumming”.

Children would go door-to-door during Samhain, offering to pray for peoples’ dead relatives in exchange for food and money. This evolved into the practice as we know it today.

Another fun tradition is apple bobbing, which began in Europe hundreds of years ago as a way for young lovers to court one another. Each apple in the container represented a special someone. The women would have to bob their heads in the water and try to bite the apple named after their crush.

Apple bobbing has become more of a competition in recent years. Photo: Shutterstock

It was believed that if the woman could get the apple on their first try, the couple would be together. But the relationship would fizzle out if they failed to bite the apple within three attempts.

Nowadays, the tradition has become more of a competition, with people fighting to be the first to bite an apple or get the most.

Speaking of Halloween, there is nothing more recognisable than a jack-o’-lantern; in fact, pumpkin carving is one of the most common autumn activities.

6 spooky idioms to use this Halloween

If you look behind the ghoulish face, you’ll find an 18th-century Irish folktale of a man nicknamed Stingy Jack, who tricked the devil twice. When he died, he was not welcomed into heaven or hell.

Jack was instead sent out into the eternal night, with only a burning coal inside a carved-out turnip to light his way, and he has been roaming the world of the living ever since.

This ghostly figure later became known as “Jack of the Lantern”, and people started carving demonic faces out of turnips to ward off Jack’s wandering soul. When the Irish began immigrating to the US, they started using pumpkins, which are native to the region.

Do you prefer to make a funny or scary jack-o’-lantern? Photo: Shutterstock

What other versions of Halloween exist around the world?

There are many different festivals that celebrate the afterlife, and all have different practices and meanings.

Similar to the Hungry Ghost Festival, the Japanese Oban festival, also called the Bon Festival, aims to remember deceased ancestors. Locals believe that during the festival, the spirits of their loved ones return to Earth to visit their families.

Paper lanterns light the stage for a celebration during the Bon Festival. Photo: Shutterstock

El Día de Los Muertos, or “Day of the Dead”, has become more well-known in recent years, thanks to films like Disney’s Coco and The Book of Life. The festival, which originated in Mexico, takes place on November 1 and 2.

During this time, people welcome back the souls of their deceased family members with feasts and celebrations, like parades and parties, and leave out offerings of their favourite foods.

Also falling on the first and second days of November, Fèt Ged, the Haitian Day of the Dead, pays respects to those who have passed away with altars, special food and drinks, sacred dances, and music.