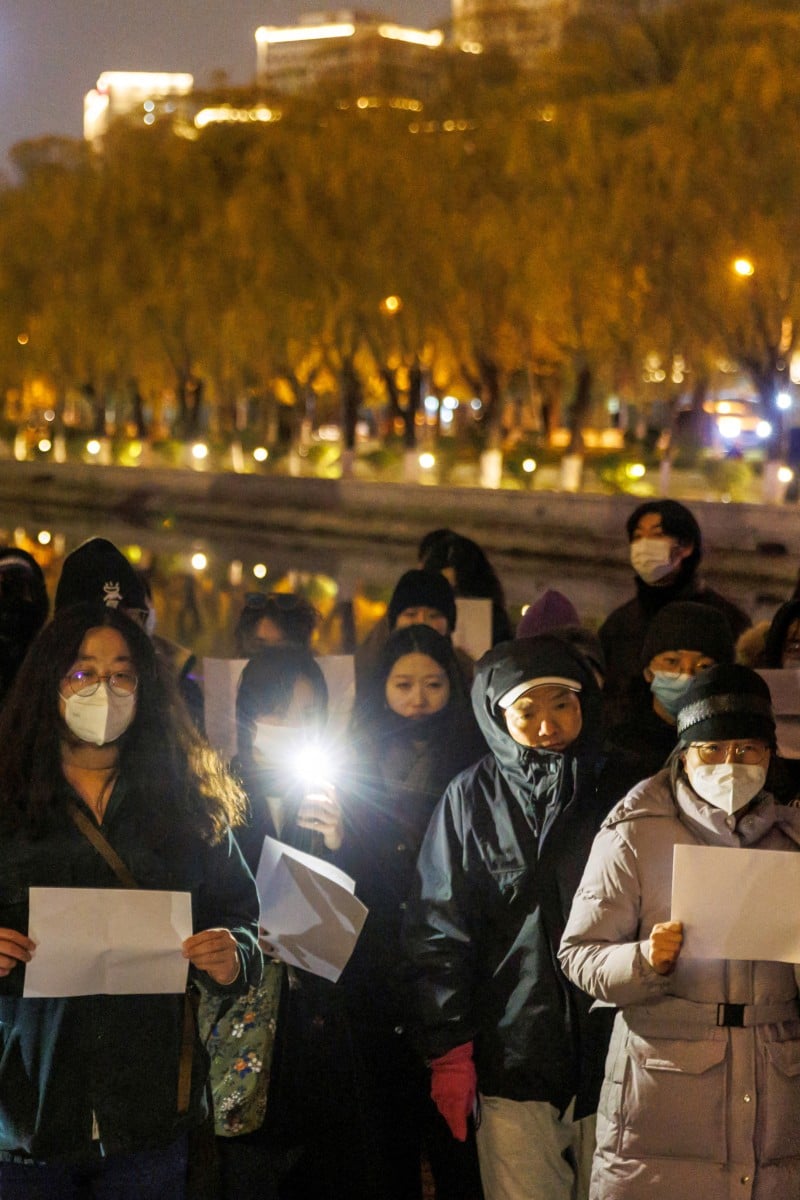 The Lens: Frustration with China’s strict Covid restrictions leads to rare protests in the mainland 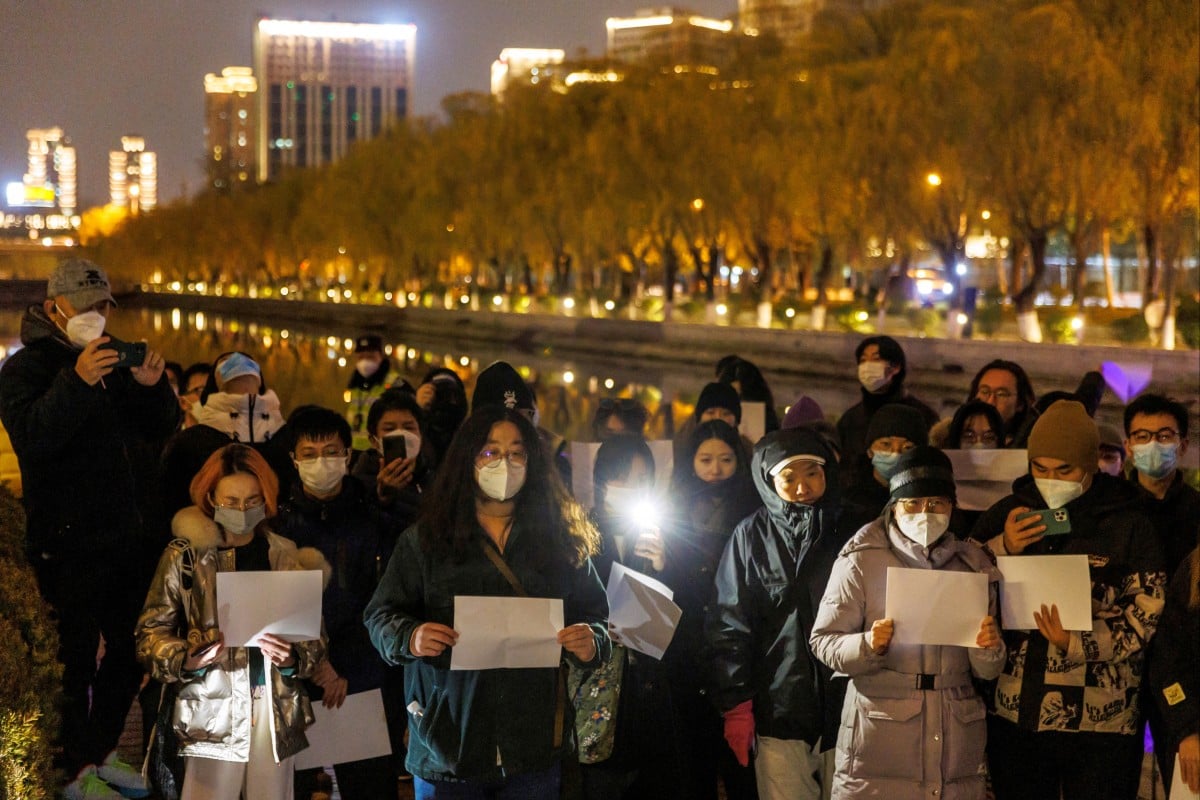 People in Beijing gather for a vigil and hold white sheets of paper during a commemoration of the victims of a fire in Urumqi. Photo: Reuters

Have some thoughts on this issue? Send us your response (no more than 300 words) by filling out this form or emailing [email protected] by December 7 at 11.59pm. We’ll publish the best response next week.

Demonstrators and police continue to clash as protests over China’s stringent Covid restrictions spread to several cities in the wake of a deadly fire in the country’s far west region.

What sparked the outpour of anger was a fire in a high-rise building in Urumqi, in the province of Xinjiang, that killed 10 people on November 26. The case went viral on social media, and many internet users surmised that residents could not escape in time because the building was partially locked down under the country’s strict coronavirus policy.

Authorities have denied the deaths were linked to lockdown measures that blocked the victims’ escape.

The wave of civil disobedience has been unprecedented in the mainland since President Xi Jinping assumed power a decade ago. Frustration has been mounting over his zero-Covid policy, which is still going strong nearly three years into the pandemic. The Covid measures also take a heavy toll on the world’s second-largest economy.

Images and videos circulating online show people in cities such as Nanjing and Beijing holding up blank sheets of paper in silent protest, a tactic used to evade censorship and arrest.

“The white paper represents everything we want to say but cannot,” said Johnny, 26, who took part in a gathering near the Liangma River in Beijing.

Many internet users showed solidarity by posting blank white squares or photos of themselves holding blank sheets of paper on their WeChat timelines or Weibo, China’s version of Twitter. As of last Sunday, the hashtag “white paper exercise” was blocked on Weibo, prompting users to lament the censorship.

In Hong Kong, Secretary for Security Chris Tang Ping-keung said the vigils being held in the city in solidarity with the mainland protests could be the early signs of a “colour revolution” and violate the national security law.

German football players cover their mouths as they pose for a team photo before the start of the FIFA World Cup Qatar 2022 soccer match between Germany and Japan at Khalifa International Stadium. Photo: DPA

Everyone has been talking about the World Cup in Qatar since kick off. Recently, a photo in which German football players placed their hands over their mouths as they posed for a team photo garnered the world’s attention and sparked heated debate online.

The players chose the pose to express their grievances over a decision made by Fifa, which banned the “OneLove” armband. The rainbow band condemns all forms of discrimination, including against LGBTQ people. Those who insisted on wearing the armband would receive a yellow card. This would increase the chance of players being sent off during a match, which could affect their ultimate standing in the tournament.

Players wanted to take a stand by wearing the armbands in Qatar, a relatively conservative country where homosexuality is illegal. LGBTQ activitists are often arrested and mistreated by the government.

However, Fifa rules state that team equipment should not have any political, religious or personal slogans, statements or images. It seems that Fifa tries its best to separate politics from sports.

For me, it is necessary and vital to split these two areas. Sports events were designed as an arena for athletes to compete and shine. If every athlete chooses to show their political stance during tournaments, it will eventually turn into a propaganda war. This would violate the original purpose of sports competitions.