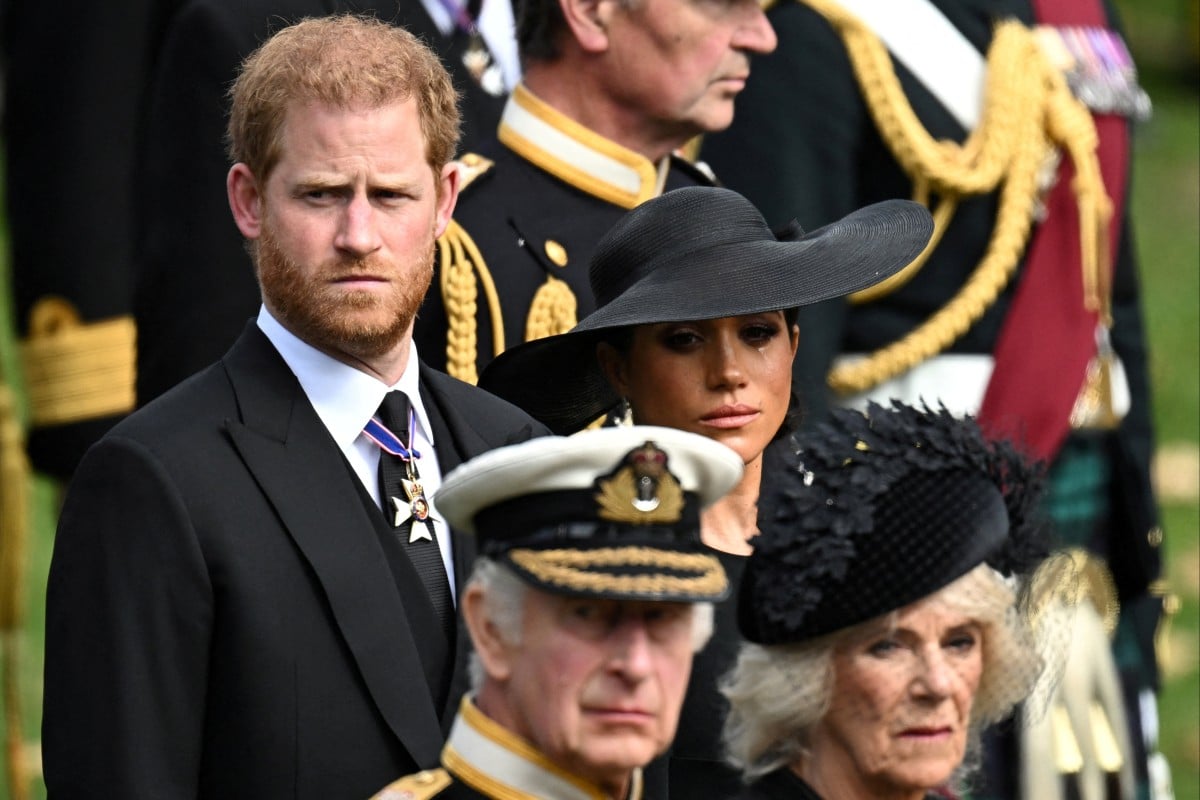 Prince Harry and his wife Meghan Markle stand with King Charles and Queen Consort Camilla at the state funeral and burial of Queen Elizabeth in London on September 19, 2022. Photo: Reuters

Have some thoughts on this issue? Send us your response (no more than 300 words) by filling out this form or emailing [email protected] by December 14 at 11.59pm. We’ll publish the best response next week.

Prince Harry is telling all in his new Netflix series, calling it his duty to expose the “exploitation and bribery” of the media and denouncing the treatment of his wife Meghan.

In the first episodes of the couple’s documentary series, Harry discusses their decision to step down from royal duties, saying he accepted that many people would disagree with the move.

The royal family has braced for renewed criticism from the Duke and Duchess of Sussex, who have delivered scathing attacks on Harry’s relatives, including his father King Charles and elder brother Prince William, since they moved to California.

However, there were no new major revelations in the first three episodes released on Thursday, which focused on the couple’s treatment at the hands of the press.

In the first few episodes, Harry compared the way the press treated Meghan with the treatment of his mother, Princess Diana. She was killed in 1997 in a car crash in Paris as her limousine sped away from the photographers chasing her.

Harry criticised his relatives over how they addressed Meghan’s treatment in the media, which he said had clear racist overtones.

“What people need to understand is ... as far as a lot of the family were concerned, everything she was being put through, they had been put through as well, so it was almost like a rite of passage,” he said.

“Some of the members of the family were like, ‘My wife had to go through that, so why should your girlfriend be treated any differently? Why should you get special treatment?’ I said the difference here is the race element.”

Neither Buckingham Palace nor William’s office Kensington Palace have commented on the show.

Protesters in Beijing gather for a vigil and hold white sheets of paper during a commemoration of the victims of a fire in Urumqi. Photo: Reuters

China’s protests have put its zero-Covid policy under scrutiny on a global scale. What sparked the outpour of anger was a fire in a high-rise building in Urumqi, in the province of Xinjiang, on November 26. Many suspect the country’s zero-Covid measures prevented the victims from fleeing, leading to the deaths of 10 people. Local officials have rejected the claims.

This is not the first time lives were lost due to a partially locked-down building.

For example, a three-year-old in Lanzhou took his last breath while his parents begged for medical attention in an inaccessible, locked-down area.

Almost three years into the pandemic, Covid is still rampant in mainland China. The frustration people feel comes from the way the government has handled the coronavirus. Most countries have adopted a “living with Covid” approach, opting for enhanced immunity among the population as vaccines become more accessible and opening up the economy.

China, on the other hand, has stuck with its zero-Covid policy. While it was effective at first, the public now feels suffocated. Civil disobedience is rare on the mainland, but the strict Covid measures were the final nail in the coffin for many people.

China’s Covid policies could hamper mainland manufacturers’ abilities to make and export goods to the rest of the world, and China’s GDP growth forecast is well below the official target of 5.5 per cent. Moreover, zero-Covid is shaking consumer confidence in the Chinese market.

The Lens: Frustration with China’s strict Covid restrictions leads to rare protests in the mainland