From Logan Paul and PewDiePie to 7-year-old Ryan ToysReview: The top 10 highest-paid YouTubers of 2018 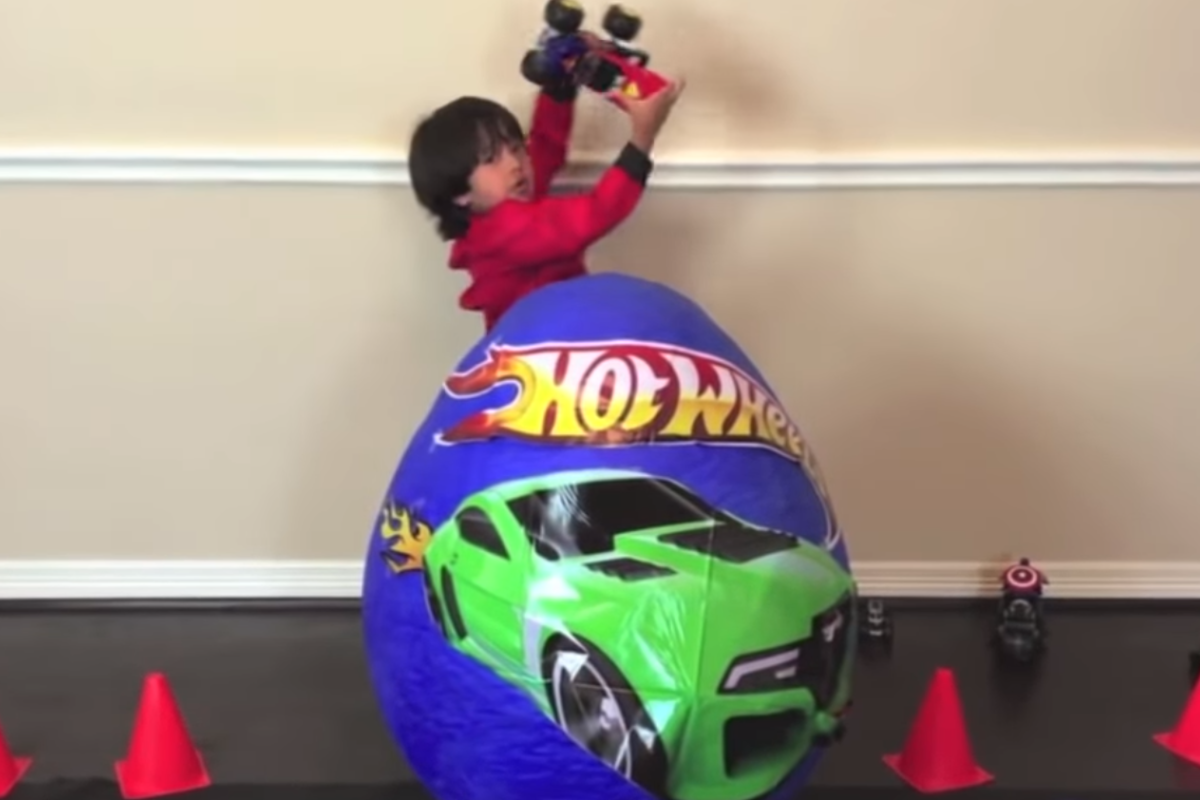 YouTube's impact on pop culture can't be ignored — the platform's top stars become the world's premier influencers, coveted by media outlets and advertisers for their ability to reach tens of millions of followers on a daily basis.

As influencers become more valuable, many popular YouTubers have been able to turn their personal brands into million-dollar businesses. While the formula for YouTube success varies between channels, the most successful YouTubers have been able to find new sources of income beyond the ad revenue on their videos. For some, that means personal clothing lines and TV appearances, while others have capitalized on their success with sold-out live tours and custom toy brands.

Forbes recently released its list of the highest-paid YouTubers, based on their earnings from June 1, 2017, to June 1, 2018.

Here's how they rank:

Vlogger Logan Paul was YouTube's fourth-highest earner last year. But his personal brand took a tumble after he uploaded a video of a dead body he found in Japan's Aokigahara forest, a location that is notorious for suicides. As a result, YouTube removed Paul from the Google Preferred program, impacting his ad revenue. However, his channel continued to rack up subscribers, and he continues to earn income from his personal merchandise and celebrity appearances.

Despite the scandal in Japan, Paul was able to increase his earnings by $2 million in the course of a year.

One of Paul's most-watched stunts this year was a pay-per-view boxing match against British YouTuber KSI held in London. The fight ended in a draw and the pair are planning a rematch for next year.

In past years, Felix "PewDiePie" Kjellberg was, without question, the world's most successful YouTuber.

But recent scandals accusing the video game commenter of racism and anti-Semitism have led to a slight decline in sponsorships. Still, like Logan Paul, PewDiePie managed to increase his overall earnings by about $3.5 million between June 2017 and June 2018.

PewDiePie still has the most subscribers of any single account on YouTube with more than 73 million, but will likely be overtaken by Bollywood YouTube channel T-Series in early 2019.

Irish video game streamer Sean "JackSepticEye" McLoughlin was one of the first YouTubers to be a part of PewDiePie's Disney-sponsored Revelmode network, earning him a giant following.

McLoughlin also serves as a host and stage personality for a number of live events and tours in Europe and North America.

VanossGaming is a channel run by Canadian gamer Evan Fong, though Fong rarely appears on camera himself.His channel stands out for its unique editing, original art, and comedic tone.

Fong has also branched out from video content with a personal clothing line and self-produced music under the name Rynx.

Mark Edward Fischbach, or "Markiplier," has been one of the most popular video-game YouTubers for more than five years, frequently collaborating with other influential content creators.

Fischbach was once studying to become a biomedical engineer, but suffered a string of life-changing events that led him to pursue a YouTube career. Fischbach told Forbes he had a tumor removed from his adrenal gland, broke up with his girlfriend, and was laid off from his job before he decided to start his channel.

Today, he has more than 22 million followers on YouTube.

Once known as the most followed person on MySpace, Jeffree Star has made a wildly successful transition to YouTube since 2014.

Star launched his channel alongside his makeup brand, Jeffree Star Cosmetics, uploading a mix of beauty tips, tutorials, and personal vlogs.
Star has earned more than 11 million subscribers with about 300 videos, a departure from the daily schedule of uploads that most top YouTubers follow.

Middleton's earnings skyrocketed thanks to a world tour that included four sold-out shows at the Sydney Opera House and a thriving personal apparel brand.

Middleton built his massive audience streaming "Minecraft" and recently had a role in Disney's "Ralph Breaks the Internet" as eBoy.

YouTube star Matt Steffanina on the power of dance, and how social media led to gigs with celebrities like Kevin Hart and Jason DeRulo

Dude Perfect is a sports-focused channel featuring hundreds of amazing trick shots and stunts. The channel is run by a five-man group: twins Cory and Coby Cotton, Garrett Hilbert, Cody Jones, and Tyler Toney, all of whom attended Texas A&M University.

The group's tricks garnered tons of viral attention, and they've made appearances on "Good Morning America" and multiple ESPN shows.

As their popularity has grown, Dude Perfect has also produced videos with a number of famous professional athletes, including Odell Beckham Jr., Drew Brees, Chris Paul, and Dale Earnhardt Jr.

While Logan Paul saw his earnings stumble in the aftershock of the Aokigahara incident, his younger brother, Jake, has continued to thrive in the YouTube ecosystem, releasing daily vlogs and rap videos to more than 17 million followers each week.

Like Logan, Jake Paul's earliest internet fame actually came from the defunct social-media network Vine, where he had more than 5 million followers and 2 billion views on his content.

Now 21 years old, Paul earned national attention in July 2017 for his ongoing feud with his neighbors over noise complaints and the unwanted attention his followers brought to his Los Angeles neighborhood.

Ryan ToysReview is the top-earning YouTube channel, and it features a 7-year-old host, Ryan.

The boy's parents began documenting his toy reviews in March 2015 and have now amassed more than 17 million subscribers. While Ryan's follower base isn't as large as some of the other top YouTube stars, his growing influence on the toy industry helped double the family's earnings from 2017.

Ryan ToysReview was one of several YouTube brands to partner with pocket.watch and Bonkers Toys to create a new line of licensed toys and books featuring YouTube stars. The Ryan's World toy line was the first to be released in an exclusive partnership with Walmart earlier this year.