Headphones on, eyes up: here are eight podcasts you need to be listening to on your daily commutes across the city 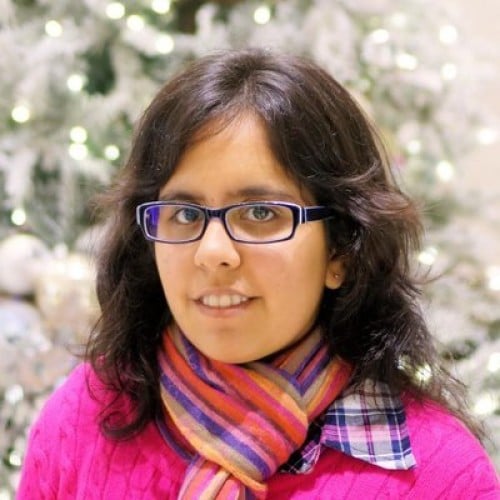 If you told people 10 years ago that podcasts and radio were going to become popular again, they wouldn’t have believed you – because who listens to radio any more, right? But what once seemed like an outdated form of media has become a trendy way of getting information. Just look at the success of podcasts like Serial or RadioLab.

If you want to start listening to podcasts but you don’t know where to begin, or if you’re simply after some new ones to add to your list, then read on. Here are a few that have got Young Post hooked.

No Such Thing as a Fish

The British TV panel show QI is known for digging out the world’s most obscure facts to challenge their guests, but there’s only so much that they can fit on air. So the researchers have created this podcast, No Such Thing as a Fish, for all the information they couldn’t use.

Where to start: Anywhere! You can choose an episode that contains a subject you’re interested, or start from the beginning – it’s up to you, because they are all equally funny, entertaining, and educational.

This is what happened when our junior reporters interviewed Alyson Hau, host of Teen Time on RTHK, live on the airwaves

This is one of the best-known podcasts out there. This American Life has been entertaining and telling people about social issues in the US since 1995. Each episode is made up of several stories that all fit under a common theme.

In recent years, host Ira Glass has driven the show into quirkier waters, with episodes on kid magicians and people who want to become animals, as well as topics such as bad political blunders.

Where to start: Every week, Glass and his team look at a different part of American life, and most of the episodes are self-contained – so anywhere, really.

A recent episode entitled I Thought It Would Be Easier looked back at the first year of US President Donald Trump’s leadership. ’Nuff said.

This is a weekly round-up of what’s been going on in the world of media, including topics like freedom of speech, government transparency, and the state of journalism. When you’ve had enough of the news, maybe it’s time for news about the news, right?

Where to start: The episode Outrage Machine contains interviews with Michael Wolff, the author of Fire and Fury – a book on the Trump presidency – as well as Masha Gessen, an LGBT campaigner and journalist in Russia.

This surreal show has gained a loyal following for its gently ironic fictional radio broadcasts that happen in the town of Night Vale, known for its weird occurrences. We’ll try not to give much more away – but, suffice to say, the town is subjected to aliens, ancient goddesses, and mayoral elections.

Where to start : Start from the beginning, because the later episodes feature characters from earlier ones, and bring back plot points in whimsical ways.

An hour-long history lecture? You’d be forgiven for saying “No thanks!”

But, in using people who were actually present at the events to tell the stories, the BBC has done the seemingly impossible and made history interesting.

Where to start: Each episode focuses on a different historical event or person, so you can go with your interests. One that caught our interest was the episode on December 23 last year that talked about Harper Lee’s classic novel, To Kill a Mockingbird.

And from our readers …

I have two suggestions. One is The Mindful Kind, where the host tells us, in detail, how to incorporate mindfulness into our lives. Students face a lot of stress, so these tips will help keep you calm. The other is #impact – where the host talks to social entrepreneurs in Hong Kong who are fighting for causes they believe in through business. I have learned so much from it.

I like listening to The College Info Geek Podcast. It’s from one of my favourite YouTubers, Thomas Frank, and it covers many self-improvement topics. It’s the perfect morning listen to motivate you to conquer your day.