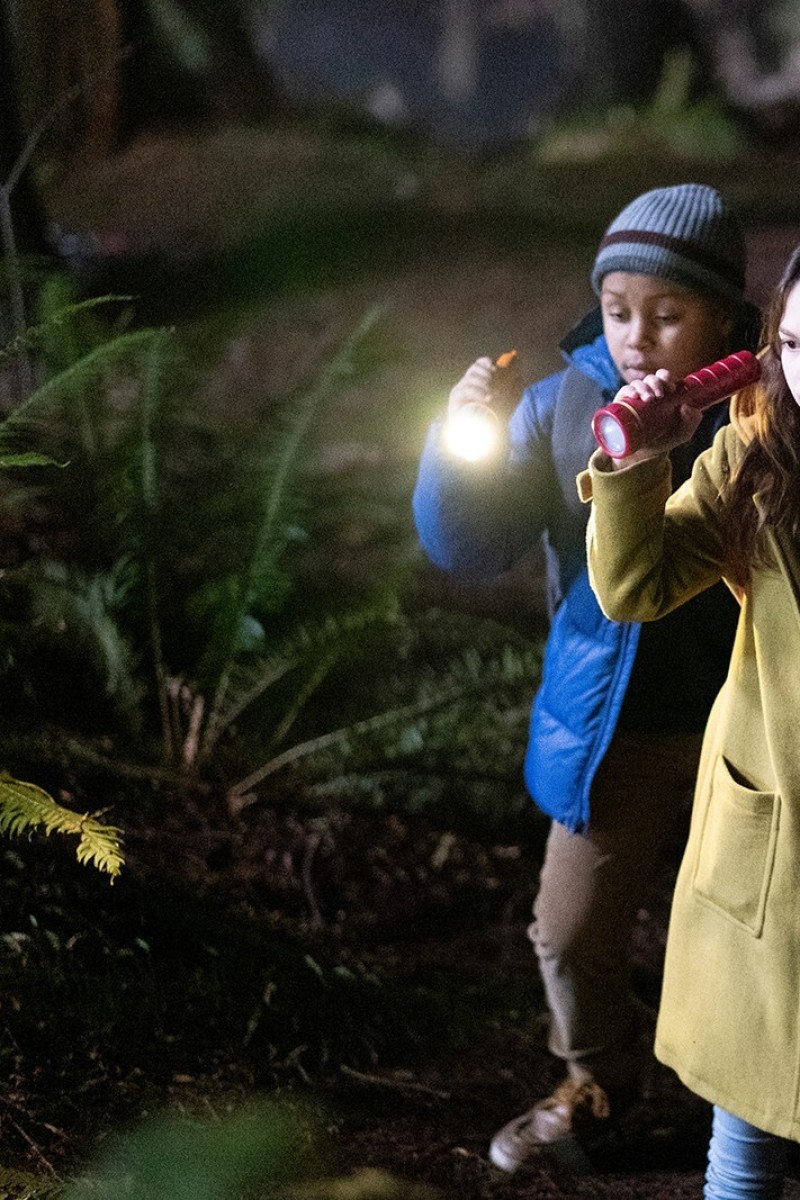 At the age of 9, Hilde Lysiak broke news of a murder. Now 13, she interviews the actress who plays her on TV 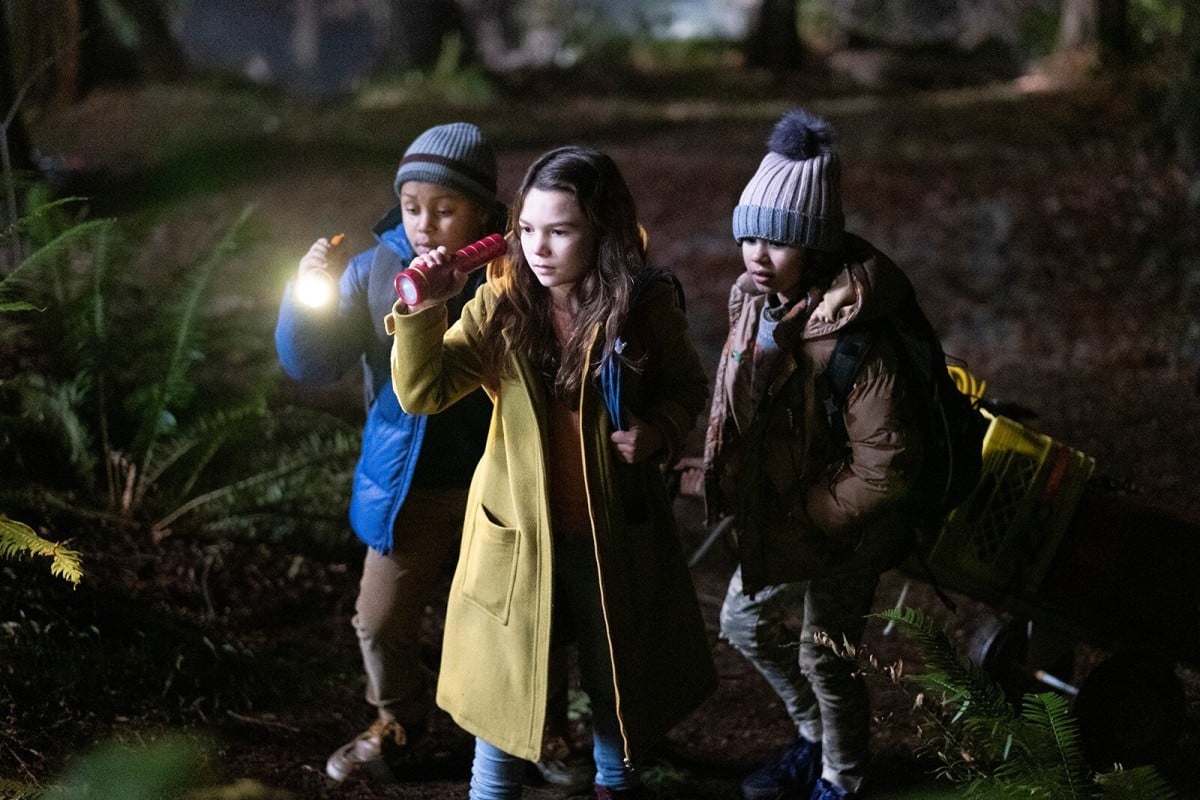 From left to right: Jibrail Nantambu, Brooklynn Prince and Deric McCabe in "Home Before Dark." (Apple/TNS)

In the Apple TV+ series Home Before Dark, Brooklynn Prince plays a fictionalised version of Hilde Lysiak, the young journalist who broke news of a local murder through her self-published newsletter, Orange Street News, at the tender age of 9.

Now available to stream, the 10-episode, family-friendly mystery drama begins with fictional Hilde Lisko and her family moving from New York to her father’s (Jim Sturgess) small hometown after he loses his job in journalism. It quickly becomes clear there’s a mystery that haunts the town, and Hilde’s father. And it’s not long before she’s putting her investigative skills to use in pursuit of the truth, roaming the neighbourhood on her bicycle and piecing clues together in her email newsletter.

4 questions for Patrick Stewart of ‘Picard’

Dismantling expectations and limitations placed on young girls – both in life and in fictional portrayals – was a driving force for showrunners Dana Fox and Dara Resnik.

“We both have girls, and we’ve been forced to watch a lot of stuff with them that was not particularly interesting to us,” added Resnik. “I grew up watching Stand by Me, E.T. and all of the things that had boys at their centre. … We wanted to show that girls can be at the centre of those kinds of stories and it can be appealing to everyone.”

“The show has such an ability to really inspire not just kids, and not just girls, but people,” Lysiak said.

“It tells a story of Hilde and her reporting, but really her fearlessness and her persistence. And I think that people can learn a lot from that.”

We caught up with the two girls over video conference. Lysiak has been hard at work updating her newsletter with local news related to the coronavirus and spending her free time reading books such as The Catcher in the Rye. Prince, too, is using her time at home to hit the books: she’s tackled the first book in the Harry Potter series and is now on The BFG from Roald Dahl. (“I’m a little bit scared of the second one because the cover has a huge snake on it,” she said. But Lysiak urged her to give it a try: “Oh, you should read that book. It’s really good.”)

The best sci-fi shows to watch

On a recent morning, Lysiak took a break from crime and local news reporting to dabble as an entertainment reporter. And Prince was ready for her questions. Here’s their interview.

Lysiak: Let’s just acknowledge how weird this is. You play me in the TV show, and now I’m interviewing you.

Prince: It’s complicated. This is going to be the hardest interview. I’m just kidding. (laughs)

Lysiak: I’m sure you had a lot of opportunities. You can pretty much do any acting roles you want. Why did you decide to do Home Before Dark?

8 books that changed our lives, from ‘Harry Potter’ to ‘Matilda’

Lysiak: Brooklynn, you’re a Wonder Woman to me. You’re so inspirational. OK, so the character is inspired by me. But after getting to know you a lot and watching the first few episodes, I realised that you’ve added a lot of Brooklynn Prince to it. Can you talk about what you added to the character?

Prince: Well, it’s really complicated. Because you’ve got to take your truth a little bit. I basically have to take you and add me onto it. I had to take stuff from you, like details from you, and add onto the Hilde I created in my mind. And I wanted to make it almost as real as possible but also not too close to you, because that can make it a little bit confusing.

Lysiak: The show focuses a lot on the relationship I have with my dad. And you and Jim Sturgess do such an amazing job portraying that and it’s realistic. And I’ve gotten to know you and your family and that you’re really close to your dad too. I was wondering if having a close relationship with your dad made the role easier for you.

Prince: It made it a lot easier because I took a lot of love I had with my dad and put that in. And I also had a lot of love with Jim too. He was almost like another dad to me. I associated that with a little bit of what Hilde and her dad have. But also, my dad and me, we have a unique friendship like Hilde and her dad. They like to talk about journalism; they don’t talk about silly stuff like going outside playing or doing an obstacle course. That’s how me and my dad talk. Not about journalism, but about other stuff.

If you like ‘Game of Thrones’ or ‘Hunger Games’, you’ll love these books

Lysiak: In Home Before Dark, the Hilde character – it’s weird to say that – is really underestimated. Do you think that you’ve been underestimated too, Brooklynn?

Prince: Yes. Because I want to direct my own feature film. Sometimes I can tell people, “I want to direct a feature film” and they’re like, “Oh yeah, cute”, when I really want to be taken seriously. And I feel like when people underestimate me I kind of say thank you to them: “Thank you for giving me more drive.” If no one underestimated you, it would be like, “Oh yeah, I can do this, easy.”

Lysiak: From spending time with you, I would think that you’d make a great reporter, Brooklynn. You’re curious, persistent and you have this way about yourself that really gets people to open up and talk. Do you think in the future you might consider reporting?

Prince: Actually, I might want to do one story here and there. I don’t want to become a full-time reporter, but I really want to do a movie about reporters. That means I would have to be well-versed in reporting, too.

Lysiak: Could you talk to me a little bit about who Brooklynn Prince is other than all of the amazing roles you’ve done?