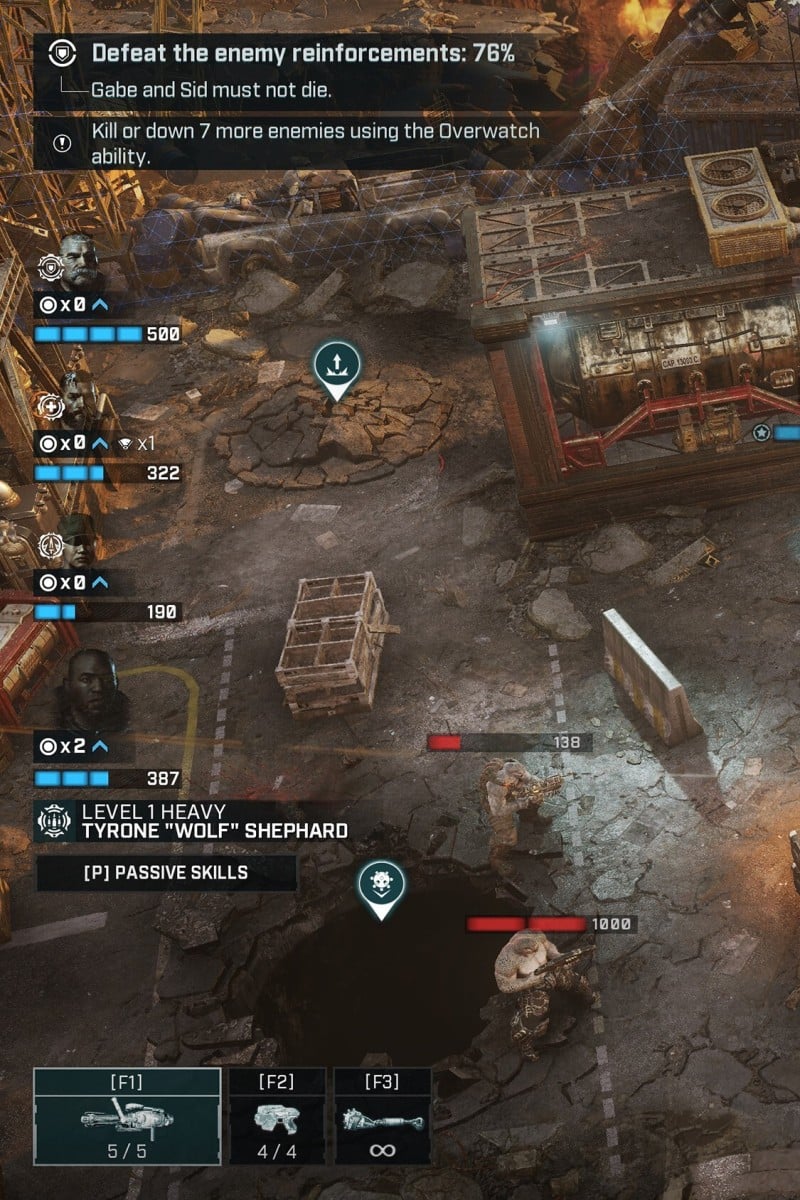 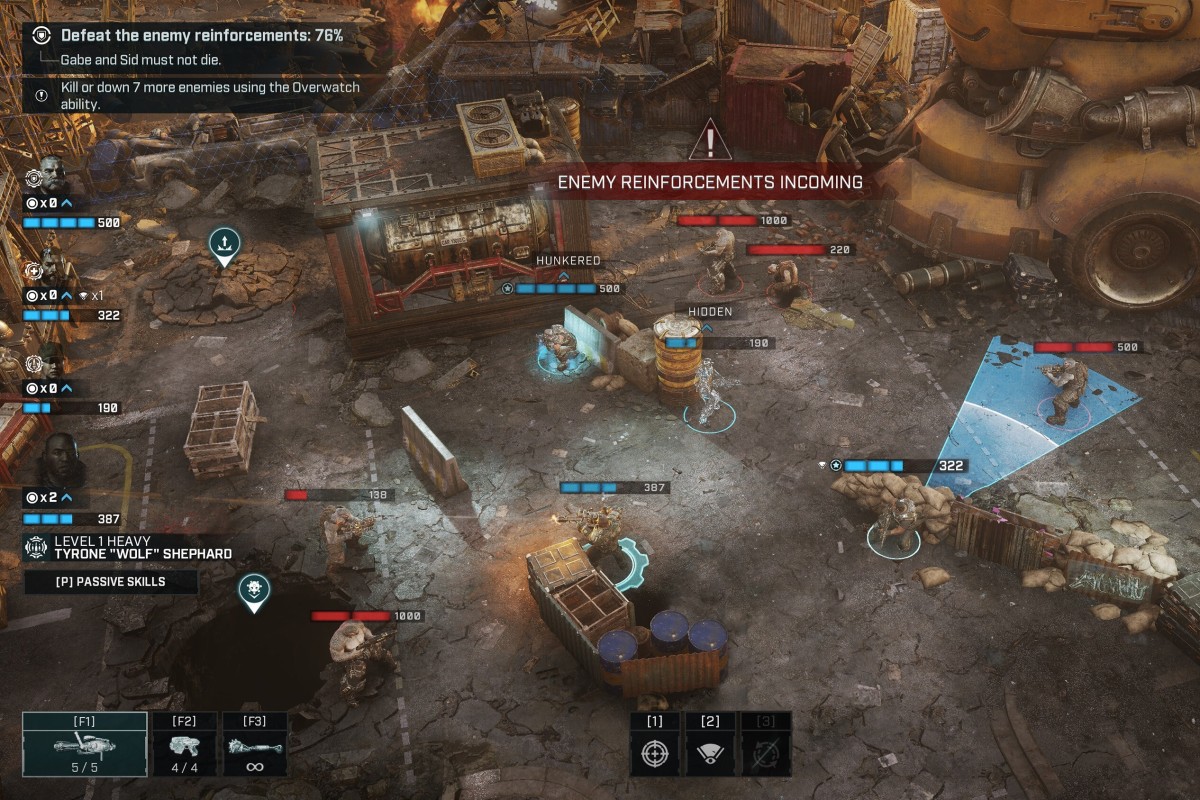 Locusts can pop up in unexpected places through emergence holes  in 'Gears Tactics'.

Tactical turn-based strategy games have become all the rage after the blockbuster success of XCOM: Enemy Unknown and Mario + Rabbids Kingdom Battle. Gears Tactics is Microsoft’s entry in the genre, but it struggles to find its own identity.

Taking place years before the original Gears of War, this entry follows Gabe Diaz, the father of current main series hero Kait Diaz, as he goes on a mission to eliminate a Locust scientist named Ukkon.

Gears Tactics doesn’t have any of the base building that games such as XCOM has. Instead, it’s laser-focused on combat. The heroes fall in different roles: Support, Vanguard, Heavy, Sniper and Scout. They each can be levelled up via a skill tree and that allows players to fine-tune builds for certain scenarios.

With Supports like Gabe, players can focus the character on healing the squad or boosting teammates with his empower ability. Vanguards excel at charging into battle or disrupting enemies using attacks and debuffs. Snipers like deal damage from afar while Scouts use their stealth ability to get behind enemy lines and flank adversaries. Lastly, Heavies are the best at covering allies as they move across the battlefield with the overwatch ability or they can hold important choke points on a map.

Because players can only use four people in a squad, they have to check each mission’s parameters and decide on the best mix of characters to bring. Some tasks will require the ease of movement of a Scout as players race toward collecting valuable cases before bombs explode around them. Others will require the firepower of a Heavy who can hold down an area while the squad gathers supplies.

As in the main entries, hiding behind cover is important in Gears Tactics. Players have to advance carefully and never leave themselves open. The goal in each skirmish is to outflank adversaries, but unlike XCOM, this tactical game is more flexible when it comes to letting players switch between characters and using actions.

That freedom lets players weaken tough foes by switching between several party members and letting the one who is closest finish off enemies with a melee attack. That in turn helps the rest of the squad because seeing that unchained violence apparently inspires the team to kill more. It’s a way to increase the number of actions per turn, giving the squad an overall advantage.

Mykala Dorn, from left, Gabe Diaz and Sid Redburn are the main heroes in 'Gears Tactics'.Another area that makes the game more accessible is reviving fallen comrades. In other games, players must have the right character or healing kit and they’ll have to run toward the fallen ally to help them. Gears Tactics handles this differently by giving the fallen soldier a chance to self-revive with only one action point. Or they can have a teammate help them to their feet and regain any action points they lost. It’s more forgiving and it lets players take a little more risk in combat, while keeping the action challenging enough for veterans.

That’s important because Gears Tactics doesn’t have traditional save slots. Players must play through a mission from beginning to end. Players can’t save the game, make a mistake and go back to the previous save. The best they can do is continue at a checkpoint.

Tony Hawk remastered: Pro Skater 1 and 2 being refreshed for PS4, Xbox and PC

Though Gears Tactics does a lot of things right, the game does suffer from being too reliant on its combat. Gabe, Sid and the rest of the crew don’t stand out much as characters and the plot is fairly bland. Worse yet, the game tends to pad the length with mandatory Side Missions.

These randomly generated tasks are a good way of getting extra gear to customise and strengthen troops, but there’s not much diversity in the scenarios – it gets boring after three or four of them.

The biggest problem of Gears Tactics though is that it doesn’t do enough to find an identity. It feels too similar to XCOM, and at the same time, it doesn’t borrow enough from the Gears world. Chainsawing a Locust to death is fun, but other than that, the gameplay doesn’t have the distinct quirks that make it feel like a cohesive part of the greater saga. Even the boss battles – though grand – lose some of the epic scope when played from a top-down perspective.

Despite that flaw, Gears Tactics still has some value and fun. It feels like good first attempt at adapting that world into a new genre but the developers will have to come up with more innovative gameplay mechanics to separate the game from its peers.