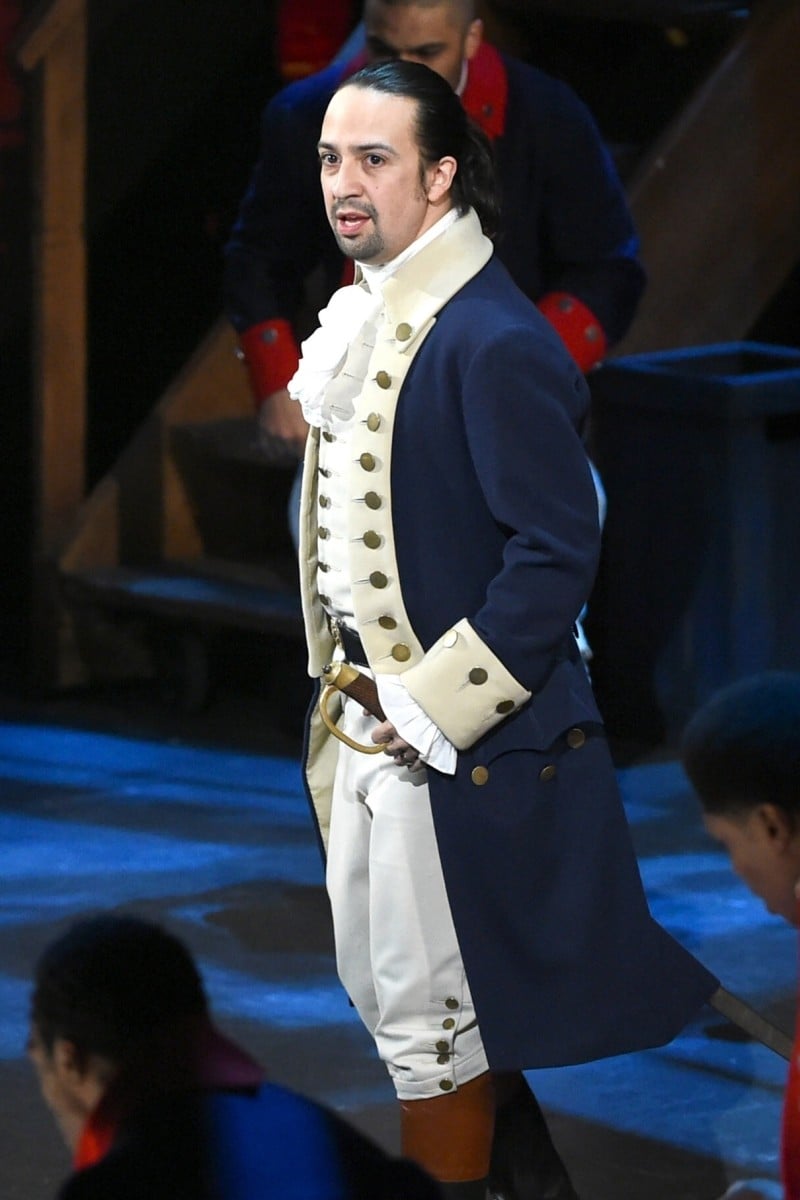 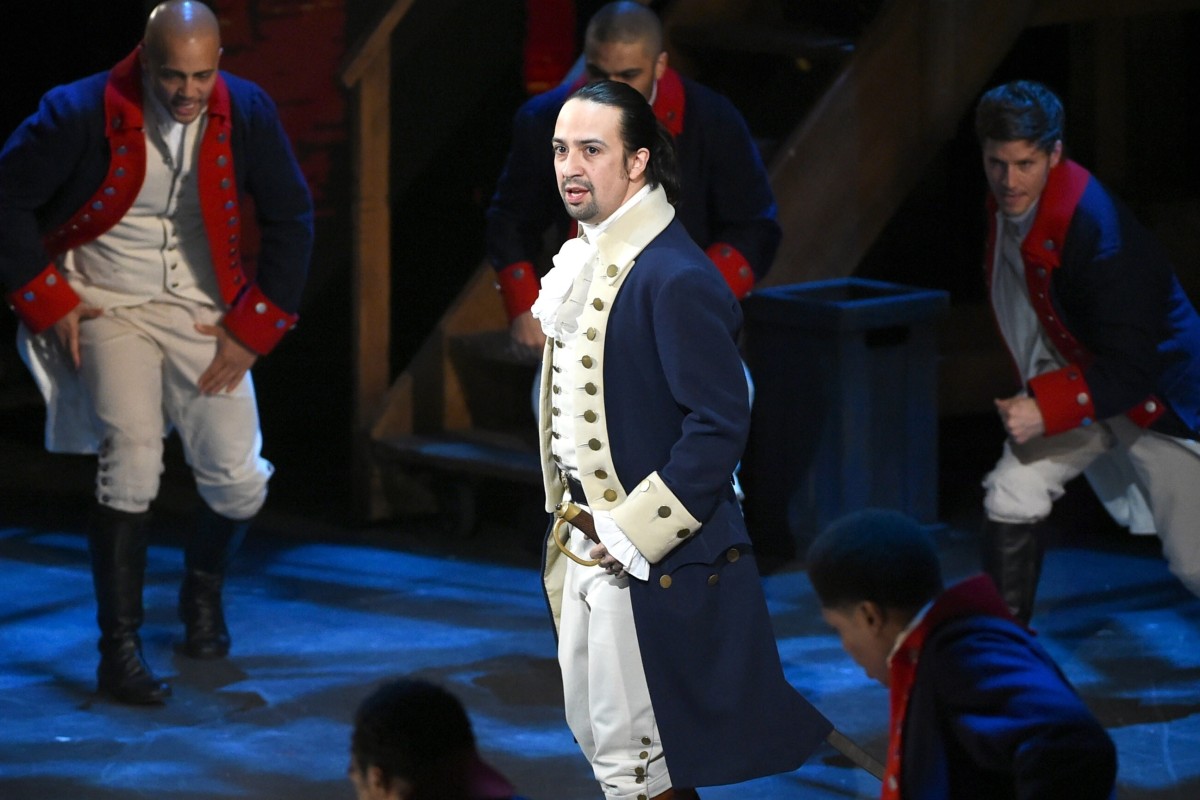 Lin-Manuel Miranda and the rest of the original Hamilton cast appear in the filmed version of the Broadway show. Photo: AP

It’s the moment theatre lovers have been waiting for for five years: the release of a Hamilton movie.

But the filmed version of Lin-Manuel Miranda’s blockbuster stage show appearing on streaming service Disney+ may leave some people wondering why they should care about the musical, which earned a record-setting 16 Tony nominations in 2016. Some may have no idea why it’s such a phenomenon. Many don’t really want to read more than one story to find out the answer to this question: is Hamilton really worth the hype?

The short answer is, yes.

With the original Broadway cast in tow, it’s already worth celebrating that this filmed version of Hamilton – which set a record for the highest average ticket on Broadway – will be forever accessible as part of a US$7 monthly streaming subscription, ready for screening, and rescreening, at any given moment.

The timing is particularly special as all productions of the show worldwide, along with countless other theatre venues, have gone dark to curb the spread of Covid-19.

But for those who need more convincing, here are eight things to know about Hamilton, which should explain why it earned all that hype since its Off-Broadway debut in January 2015.

The plot is essentially the origin story of the United States of America. The content itself is nothing new: it covers well-known historical events such as emerging victorious from the Revolutionary War, establishing the US Treasury, and writing documents like the Federalist Papers.

2 Finally, you’ll understand who this Hamilton dude is

The title character, Alexander Hamilton, one of the “Founding Fathers” of the United States and the nation’s first Secretary of the Treasury. (He also played a large role in promoting the constitution and establishing the country’s first banks.)

But his prominence is surprising: he was born out of wedlock in the Caribbean, then orphaned, and died at a relatively young age compared to his contemporaries (and future presidents) George Washington, James Madison, Thomas Jefferson, and and Jefferson’s vice-president Aaron Burr – all of whom are also characters in the show.

Writer-composer Miranda conceived of the show as a “story about America then, as told by America now”. The Founding Fathers are played by Black and brown actors, communities who don’t see themselves reflected often enough in either American history or on Broadway stages.

The show traces the history of America’s fight for independence from Britain, and King George III, played by Jonathan Groff. Photo: Disney Plus via AP)

The characters perform songs that sound like the 21st century pop, hip-hop and rap hits we love, songs that are also effective in scope and layered in subtext. These musical numbers are both timely and timeless, speaking to the events onstage and the events happening in the world today.

Hamilton has won 11 Tonys, a Grammy, the Pulitzer Prize for Drama and many other awards. One reason for that is that it not only tells the story of these key historical figures but also it humanises and universalises them in a way our textbooks never did.

6 Reality and fiction are two sides of the same coin

The show grapples with that all-too-familiar existential crisis: the attempt to build something that outlasts a lifetime, to make the most of your time on this Earth with the skills you have and the opportunities before you.

What have the original Hamilton cast been up to?

Your ambition can be both a blessing and a curse; your livelihood a pawn in a political game; your potential knee-capped at any moment, even by yourself. All of this is in flux and in focus, while the characters experience love and friendship and jealousy and loss, just like the rest of us.

7 Take a breath – and listen

Hamilton is a sung-through show, meaning all of the “lines” and dialogue are delivered in song – a tricky listen for those who aren’t very used to watching musicals. And this one is notably dense with its lyrics, with one particularly fast rap cramming 19 words into three seconds.

8 Keep your eye on the ball

There are a lot of characters to keep track of. It can be particularly overwhelming if you’re unfamiliar with American history, especially as some of the characters are played by actors who switch roles at intermission.

Maybe the most important thing for all Hamilton newcomers to know: let go of any pressure to process everything immediately – it’s an impossible task.

Watch Hamilton for the first time the way you would watch any other movie for the first time: to get a grip on the plot, to revel in the spectacle and to experience the emotion. Take advantage of the pause button, and hit it whenever you need an extra minute to digest what you’ve seen or get clarification on what’s even going on.

The movie’s intermission is a mere minute long, but feel free to stretch it to the live show’s usual 15 – or more – if needed.

Then you can be free to watch it again with storytelling specificity in mind: the ensemble’s precision in performing such dynamic choreography, the unspoken poetry of the lighting design, the lyrics’ commentary on women and people of colour, then and now.

Skip around to specific songs. Sing along to catchy choruses. Stop to gawk at striking shots. How lucky we are to be alive in a time that the Hamilton movie will always be there, waiting for us to play.