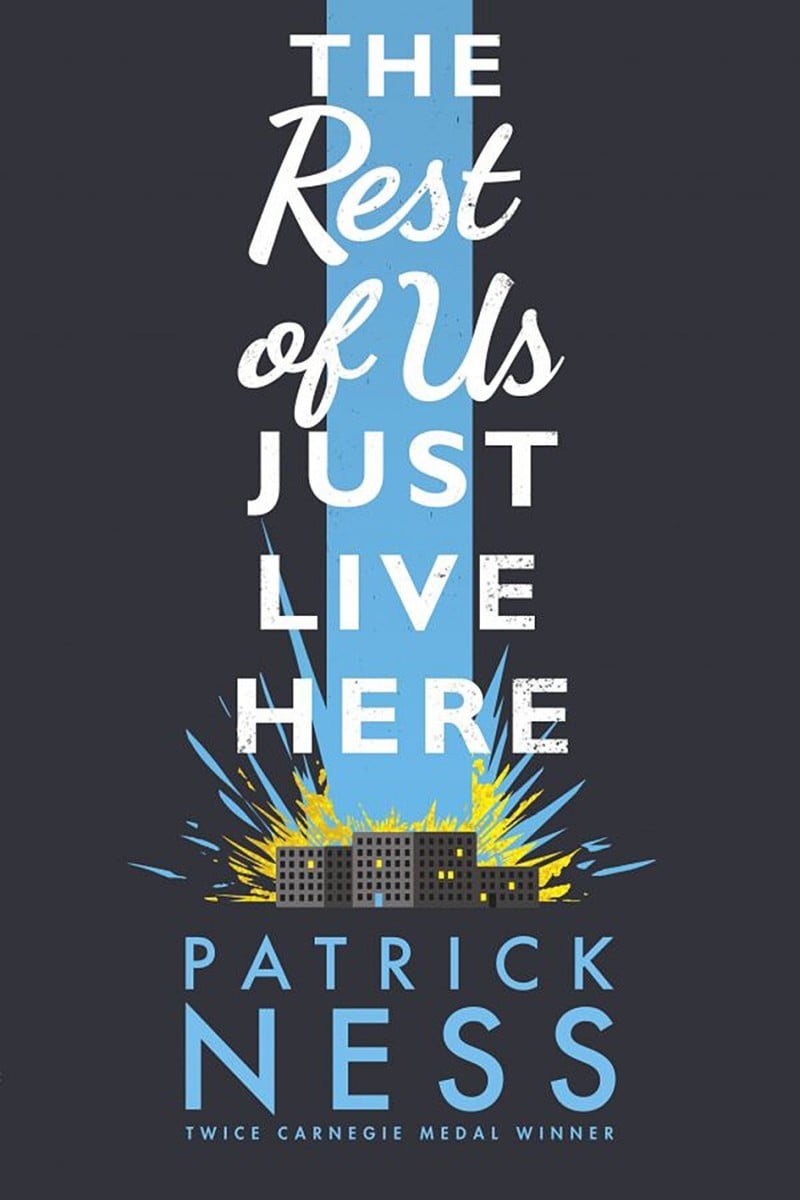 Not every main character has to be a hero, as The Rest Of Us Just Live Here, shows us [Review]

What happens when, in a town that wouldn’t be out of place in The Hunger Games or Twilight, all you want to do is be an ordinary teenager Something very weird is starting again in the small American town that teenager Mikey Mitchell calls home. It’s happened before when vampires and soul-sucking ghosts tried to overrun the place. But that’s not all.

A few generations ago, immortals visited the town and one god fell for one of the local girls. Jared, Mikey’s best friend, is one-quarter god and three-quarters normal teen.

Mikey’s hometown just attracts weirdness, and someone has to deal with it when it happens. But Mikey is determined that the Chosen One is not going to be him. He doesn’t want to be a Harry Potter or a Percy Jackson. He just wants to graduate from secondary school, and work up enough courage to ask the gorgeous Henna to go out with him. To Mikey, these are problems bigger than whatever the next end-of-the-world threat might be.

A coming of age tale amid the backdrop of a magical forest: Spellbook of the Lost and Found [Review]

Patrick Ness’ The Rest Of Us Just Live Here is a whip-smart, funny, and entertaining take on the teenager-saves-the-world genre.

Just growing up is every bit as hard as stopping a world apocalypse, but ordinary people aren’t often the central characters in novels. They are not the ones who save the world. But the rest of us have our own stories to tell.

Mikey has a lot on his plate: his dad is an alcoholic; his sister is just getting over an eating disorder; his mother is busy with becoming a state senator; and his grandma has Alzheimer’s. No wonder Mikey is struggling with an obsessive-compulsive disorder.

And as if that wasn’t enough, Mikey has a string of paranormal phenomena to deal with, and which he would prefer to walk away from if he could. But Ness’ novel is not a teenager-versus-weird forces story. It’s about what the rest of us do when the paranormal ventures into our ordinary lives.

The vampires, gods, and ghosts play out their action in the background. It’s regular people, in the shape of Mikey, who take centre-stage.

As Jared tells Mikey: “Not everyone has to be a god who saves the world. Most people just have to live their lives the best they can, trying to make their lives better, loving people properly.”

Behind its title, The Rest Of Us Just Live Here is very entertaining, very smartly written, and very Patrick Ness.

Don’t miss out on this celebration of the struggles of an ordinary teen battling against himself and the world he lives in. One of 2018’s definite must-reads.

John Millen can be contacted on [email protected]­il.com