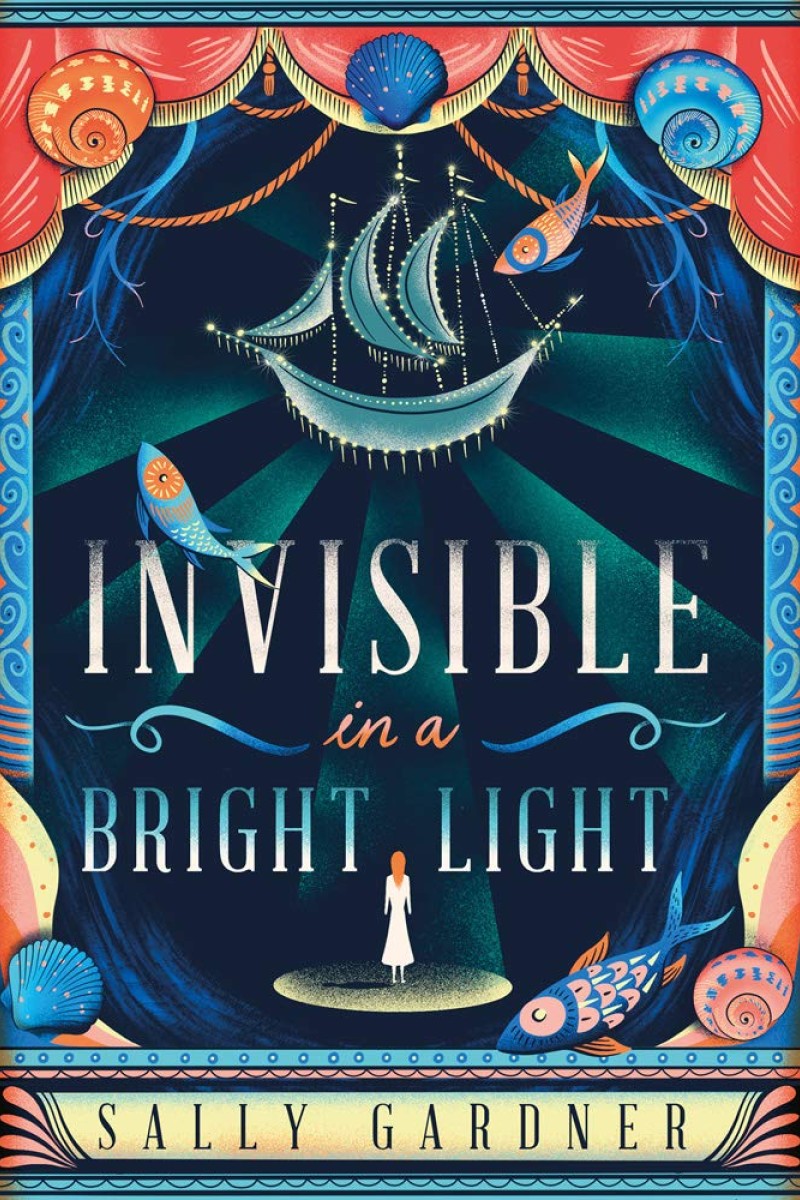 Book review: Things aren't what they seem in 'Invisible in a Bright Light' A new book from award-winning novelist Sally Gardner is always a treat. The author of I, Coriander and Maggot Moon is back with another tale for middle-grade readers that is just as intriguing as you'd hope.

Gardner draws on her artistic background to tell stories rich in setting and unique in plot. As a young costume designer working at the Royal Opera House in Copenhagen, Denmark, Gardner was captivated by the chandelier that hung majestically from the dome of the auditorium.

One freezing cold day, she climbed up to the dome that looked out over the rooftops of Copenhagen, and found an old lady living there whose job was to polish the chandelier until it gleamed.

8 books that will change your life

This meeting left a mark on Gardner's imagination, and a chandelier plays an important role in her new novel, Invisible in a Bright Light.

The year is 1870, and we are in Denmark. In the Royal Opera House in Copenhagen, a chandelier hangs over the audience, sparkling with the light from 750 candles in memory of the passengers who lost their lives when a ship vanished at sea.

Gardner starts her story in a cave deep below the ocean. A man in an emerald-green suit is talking to a young girl, giving her instructions about a game called the Reckoning. Sleeping human bodies hang from hooks in the cave ceiling.

Books about freedom to get you through isolation

After this mysterious opening, the scene shifts to the Royal Opera House and we meet a young girl called Celeste who has just woken up with a problem. She cannot remember where or who she is. People keep calling her Maria. But that's not her name!

The opening chapters of Invisible in a Bright Light will leave even the most astute reader a bit confused. What is going on? But stick with it, because this is all part of Gardner's plan.

Gardner uses her knowledge of life in an opera house to great effect in creating the backstage world of the Copenhagen Opera House, where a great deal of the action is set. It's a world of special effects, ruthless ambition and falsehoods.

Incredible YA books by female authors

Celeste works here behind the scenes, at the beck and call of everyone from the theatre manager to the monstrous opera star, Madame Sabina Petrova, and her appalling daughter, Hildegard.

The poor girl has a lot on her mind, dealing with backstage politics as well as worrying about the thoughts she keeps having about a man in a green suit, her own identity, a mystery at sea, and a life-and-death game she has been told to play without knowing the rules.

Once again, Gardner has given us a must-read story where things are not quite what they seem. It's well worth the wait.