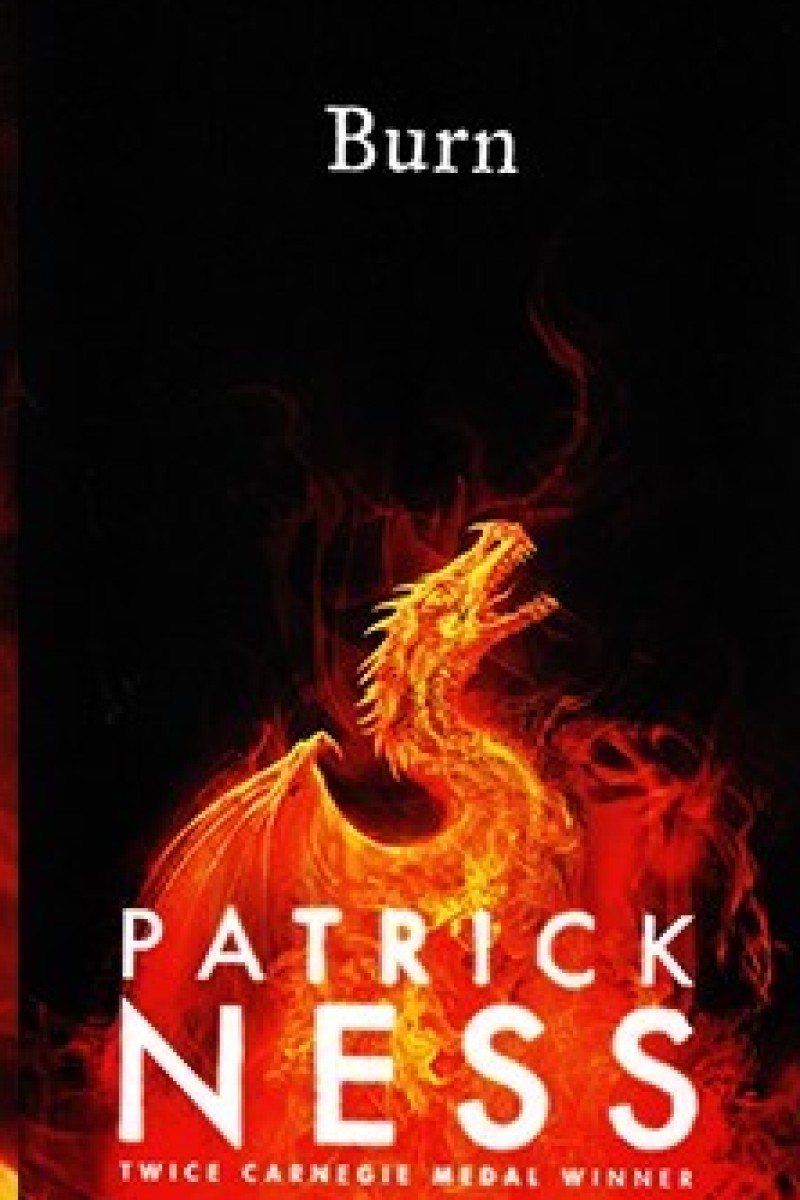 Just when you thought that dragons had been overused in young people’s stories, and there was nothing left to say about them, along comes Patrick Ness with Burn.

This magnificent and epic novel presents dragons as we have not seen them before. Ness is not a writer to tread over old ground as this new story demonstrates. It is an all-consuming saga of human revenge, redemption and dragons, that builds to one of the most exciting conclusions seen this year.

We are in an alternate 1957 America where many things are as they were, but where dragons also exist peacefully alongside humans.

Fifteen-year-old Sarah Dewhurst lives with her father on a farm near the town of Frome in the US state of Washington. The farm is struggling to survive, and Sarah’s father is forced to hire a Russian blue dragon to clear their fields for planting.

Sarah is a biracial teen who, along with her American-Japanese friend Jason, puts up with daily racial slurs and taunts. When the local racist deputy sheriff tries to attack Sarah, Jason accidentally kills him.

After establishing his protagonists and their suddenly desperate existence, Ness switches focus to Malcolm, a member of a dragon-worshipping cult – and an assassin, with two FBI agents on his trail.

Secrets and betrayals pile up in the first half of the plot with the plot lines dramatically colliding in the second half with a terrifying twist.

Ness, as always, is in total command of his material and handles the epic and human cast with masterly confidence. Switching between fantasy, science fiction and history, he is on top form.

The story, and the characters’ fates are also guided by a prophecy known to Kazimir, the dragon hired to work on the farm. This knowledge compels him to offer Sarah protection, as she could be the key to preventing a looming war between humans and dragons.

How could someone like her have such a terrible responsibility on her shoulders?

In the 1950s, Cold War tension and fear gripped America, and the way the alternate version of that world plays out the dealings of humans and dragons cleverly echoes actual history. But Ness is primarily interested in presenting a cinematic story, and history serves only as background to the novel’s rich plot.

In Release, Ness echoes Virginia Woolf in telling the story of a gay American teenager

Over 380 pages, Burn gives us a story arc that moves at breakneck speed from an ordinary beginning with its feet firmly on the ground to a cataclysmic climax of fire and smoke. Is this how the world ends? In a terrible battle of brimstone and flame? This is a dramatic and complex read from a master of fast-paced narratives, recommended to older teen readers. John Millen can be contacted at [email protected]