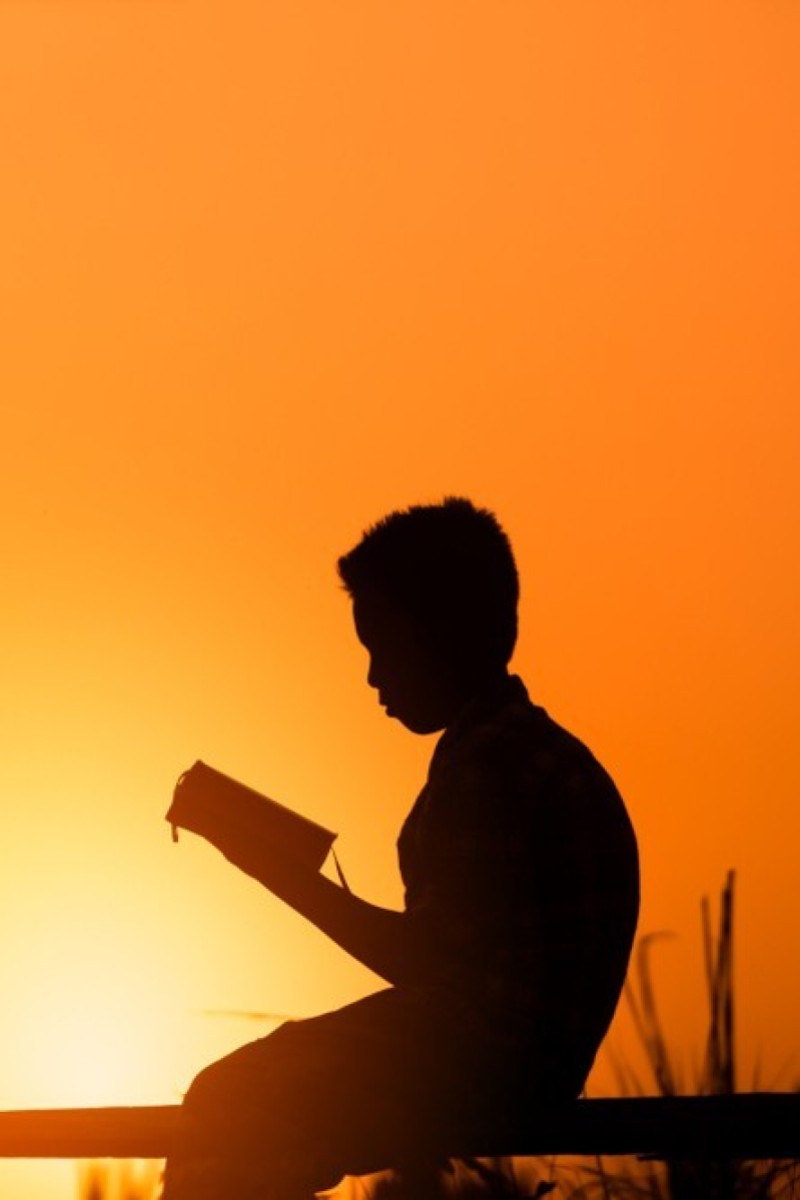 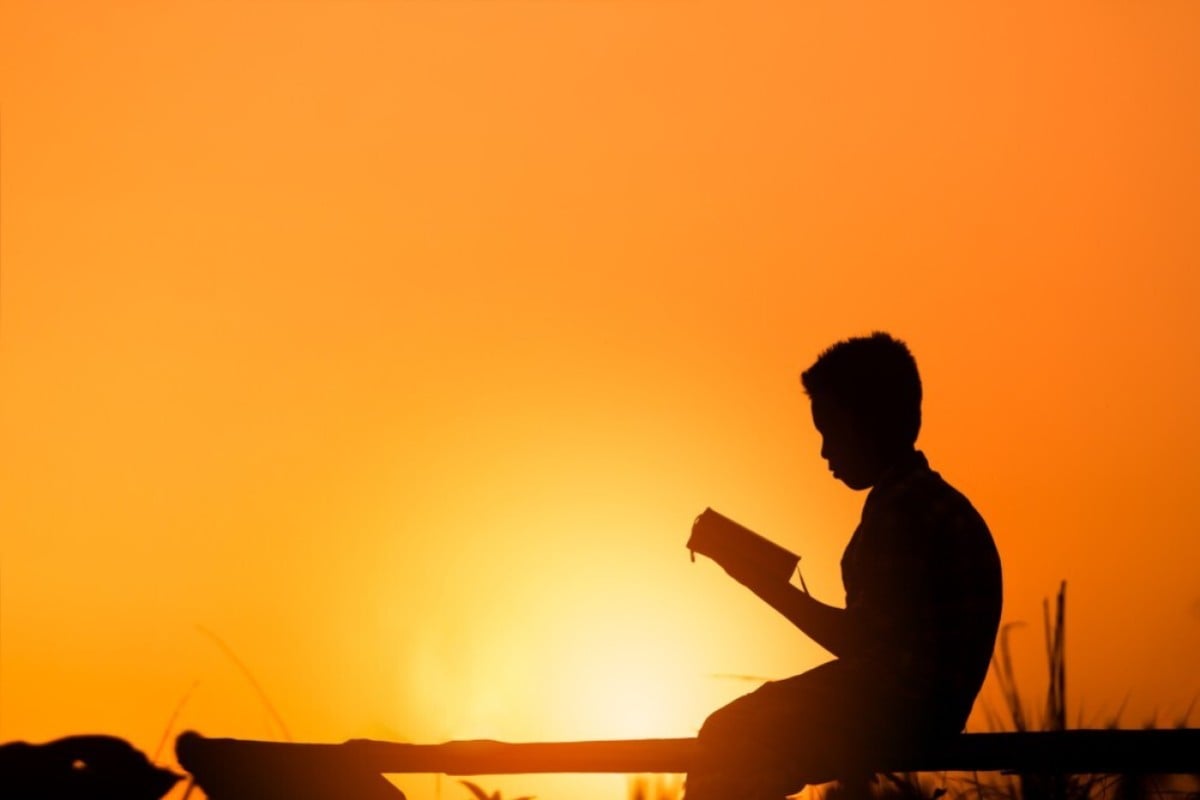 Check out our list of books every boy should read.

From poetry to a “manliness” guide and true stories from the front lines of the second world war, this collection of books is a must-read for any young man.

This Western is told from the point of view of David Hayden. The housekeeper, Marie, a young Native American woman, falls ill, but is terrified of seeing the doctor, who happens to be David’s uncle, Frank. David’s father, Wesley, is the town sheriff, and when it becomes known that Frank has been molesting his Native American patients, Wesley has to decide how to handle the allegations.

But David himself is harbouring a secret. He saw Frank at their home, just before Marie mysteriously died of “pneumonia”.

This novel is about family, loyalty, and the sometimes painful choice between doing the right thing and looking out for one’s own.

The Art of Manliness: Classic Skills and Manners for the Modern Man by Brett McKay

The Art of Manliness: Classic Skills and Manners for the Modern Man

It’s always good to take advice from men of the past. While unfortunately this book concentrates on Western men, its wisdom is timeless, and the advice is delivered in a fun way. Readers can learn, for example, the manly art of bartitsu – in other words, how to fight like Sherlock Holmes.

More practically, it has advice on giving speeches, how to shake hands, fire a gun, pick a lock or iron a shirt. Best of all, this is not a one-off book; not only is there a series, but also podcasts and a whole range of other material devoted to, well, the art of being a man.

The Absolutely True Diary of a Part-Time Indian

This controversial first-person story about Junior, a Native American teen who chooses to go to a white school instead of the one on his reservation, has caused a lot of controversy in the US and has been banned in several libraries and schools for its sexual content, foul language and anti-Christian values.

That being said, it was also a smash hit.

Junior has several physical issues; he stutters and lisps, and he comes from an extremely poor family. But the budding cartoonist’s maths teacher recognises he is quite intelligent, and convinces him to go to a better school.

Be warned though: this is not an easy book to read. It deals with the life of a 14-year-old boy, and all that that encompasses.

The Longest Day by Cornelius Ryan

An oldie, but a goody, The Longest Day is a compelling account of D-Day, one of the most significant single days of the 20th century. It was the day during the second world war when the allies invaded France from the beaches of Normandy in a top secret, mass military movement.

The facts are based on more than 3,000 interviews of combatants and civilians on both sides of the conflict. The title comes from a quote by German Field Marshal Erwin Rommel to his aide: “... the first 24 hours of the invasion will be decisive... the fate of Germany depends on the outcome... for the Allies, as well as Germany, it will be the longest day.”

See if you can get your hands on the movie, too.

If you like war stories, real life stories and you’re looking for something short, Pegasus Bridge is perfect.

This slim volume follows one British unit from its formation through its D-Day mission: parachute behind German lines, then capture and hold the Caen Canal Bridge long enough for Allied ground forces to penetrate the beaches and push inland.

This single mission was so important that, had it failed, the whole D-Day invasion would have been called off. Controlling the bridge allowed the allies to stop German reinforcements reaching the beaches of Normandy.

Ben reluctantly takes a job as a hunting guide to businessman Madec, because he knows his way around the Mojave desert, one of the hottest places on Earth.

Madec accidentally shoots a prospector, and argues with Ben about reporting the killing. Then, when he realises that Ben is not going to keep quiet, he forces the student to strip down to his shorts and leaves him on his own in one of the world’s most inhospitable places. But Madec has not left; instead he hangs around to ensure that Ben cannot get to water.

If you’re interested in the darker side of human nature, this is definitely one for you.

A highly recommended story, Hatchet follows the adventures of Brian, 13, on his way to see his father – his parents are divorced – who works in Northern Canada. The pilot of the little plane he’s travelling in dies of a heart attack, and despite Brian’s best efforts, the plane crashes into a lake in a forest, so help is not going to be coming any time soon.

Brian has to learn to survive the wilderness with just the hatchet his mother gave him before the trip. He also has to deal with the fact that he knows his mother has cheated on his father, and figure out what to do about it.

Hatchet is hailed as one of the greatest adventure books of all time, and if you like this one, there are four more books to sink your teeth into.

The Trouble With Poetry and Other Poems by Billy Collins

The Trouble With Poetry and Other PoemsSpeaking clearly and directly to the reader, Billy Collins shows that poetry does not have to be difficult, obscure or with hidden meaning. His poems are funny, ironic and engaging.

In this anthology, Collins explores jazz, love, boyhood and writing.

Whilst every effort has been made to ensure accuracy, no warranty, express or implied is given on merchantability, accuracy, reliability and correctness of the services or products as listed in the website. All products or services are provided by third party vendors independently and are subject to its own terms and conditions. We expressly exclude any and all liability, to the extent permissible under law, including but not limited to tort, negligence, all loss, damages, costs suffered or incurred by anyone in reliance on content as set out in the website in relation to the products or services. You are specifically drawn to the attention that the content in the website about the product or services is not meant to be relied on and should not be construed as advice of any kind or the basis for making any decision including but not limited to decision to purchase or acquire such products or services. The content in the website may consist of opinion, data and information obtained from a wide range of sources, both public and private, market research, interviews and third party resources. We cite specific sources where data, research or insights are obtained from any third party. Any trademarks or service marks used in this report are the marks of their respective owners and may not have contributed to the content of such article/video and should not be read or construed as having made any endorsement to the content of the same. All rights in such marks are reserved by their respective owners.