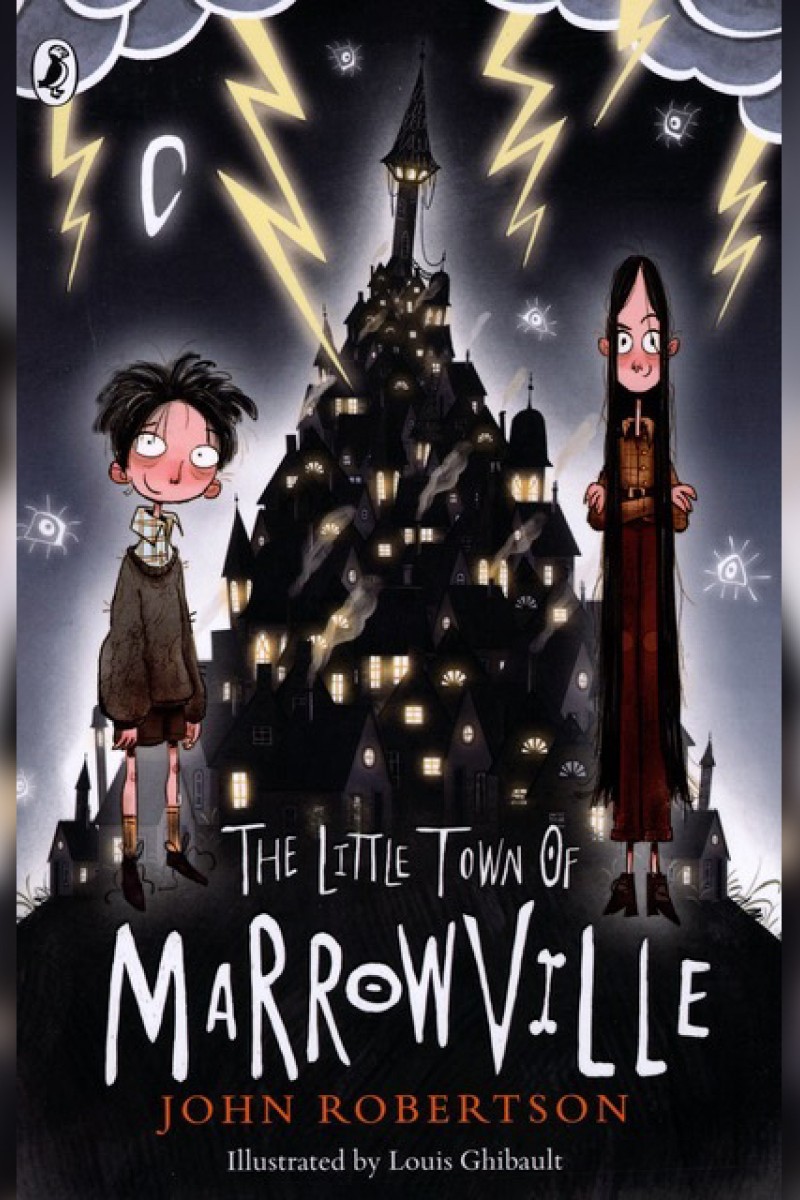 'The Little Town of Marrowville' review: Fun for little kids and older siblings who pretend they're too cool 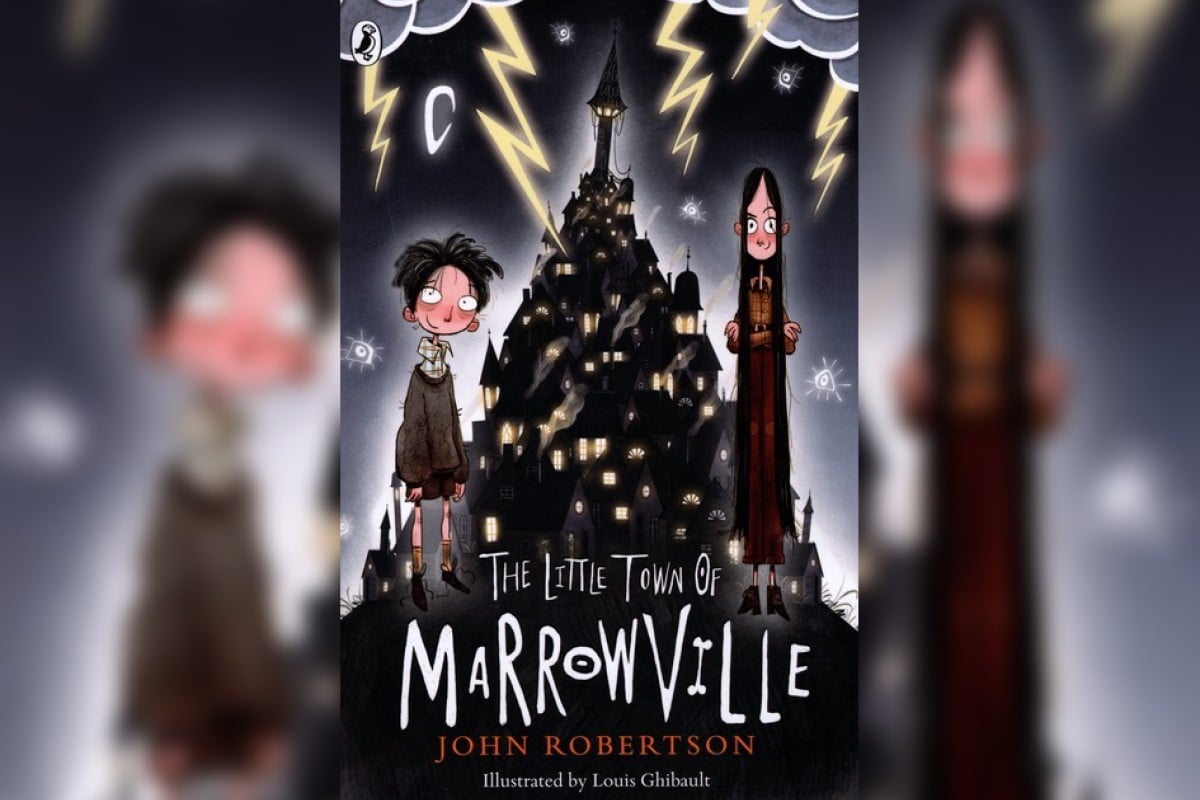 The little town of Marrowville is a dreadful place. Gloomy clouds of mist and rain hang over the town even at the height of summer. Sunshine rarely gets through the smog and darkness that smother the town day in, day out.

All the shops and houses are so old they have to lean on each other or they would fall over. The few gardens in the town are choked with weeds. And there is just one, lonely tree. At Mr Wuntree's shop nearby, you can buy a T-shirt with a scrappy print of One Tree on the front.

The streets are cluttered with rubbish, most of it the work of the Wreckers, government-appointed thugs whose job is to break into people's houses and smash them apart.

Most (but not all!) of the children in Marrowville deserve much better. The reader's sympathy goes out immediately to Aubrey and  Aubrey's Sister who live there with their ghastly father, Howard Howard, a 12-fingered Wrecker.

The best YA books for February

This monster of a father is very cruel to his kids and has never bothered to give his daughter a name. The poor girl is just called Aubrey's Sister.

Fortunately, just when readers have had enough of Howard Howard, he is disposed of in a very original way, and Aubrey and Aubrey's Sister are suddenly orphans. The novel's ridiculous, marvellous  plot now takes off at full speed.

The vivid imagination behind The Little Town of Marrowville belongs to John Robertson, an award-winning stand-up comedian who has been making people laugh with his stage shows since 2003.

Marrowville is Robertson's debut novel yet he hits a child's sense of the bizarre and grossly ridiculous right on the head.

The best Young Adult fiction of 2020

Novels that make young readers shriek with delight, but which might have adult readers turning up their noses, are very difficult to write. Roald Dahl understood a child's sense of the darkly ridiculous, and Robertson pushes this up a good few notches here.

When they are released from their father's clutches, Aubrey and Aubrey's Sister spend the rest of the novel trying to escape the results of what happened to him. They have to use all their ingenuity to stay one step ahead of the horrible adults who pursue them through the dark streets of the creepy place they call home.

The town's inhabitants have names such as Boneless Charlie, Rodney Paste, Boss Smasher and The Grinders. You get the idea. All of them are quite mad and monstrous.

Will the siblings be able to save themselves? And will the sun ever rise over the little town of Marrowville?

Fun for both little kids and their older siblings who will pretend they're too cool for such books, The Little Town of Marrowville is highly recommended. The sequel can't come soon enough.