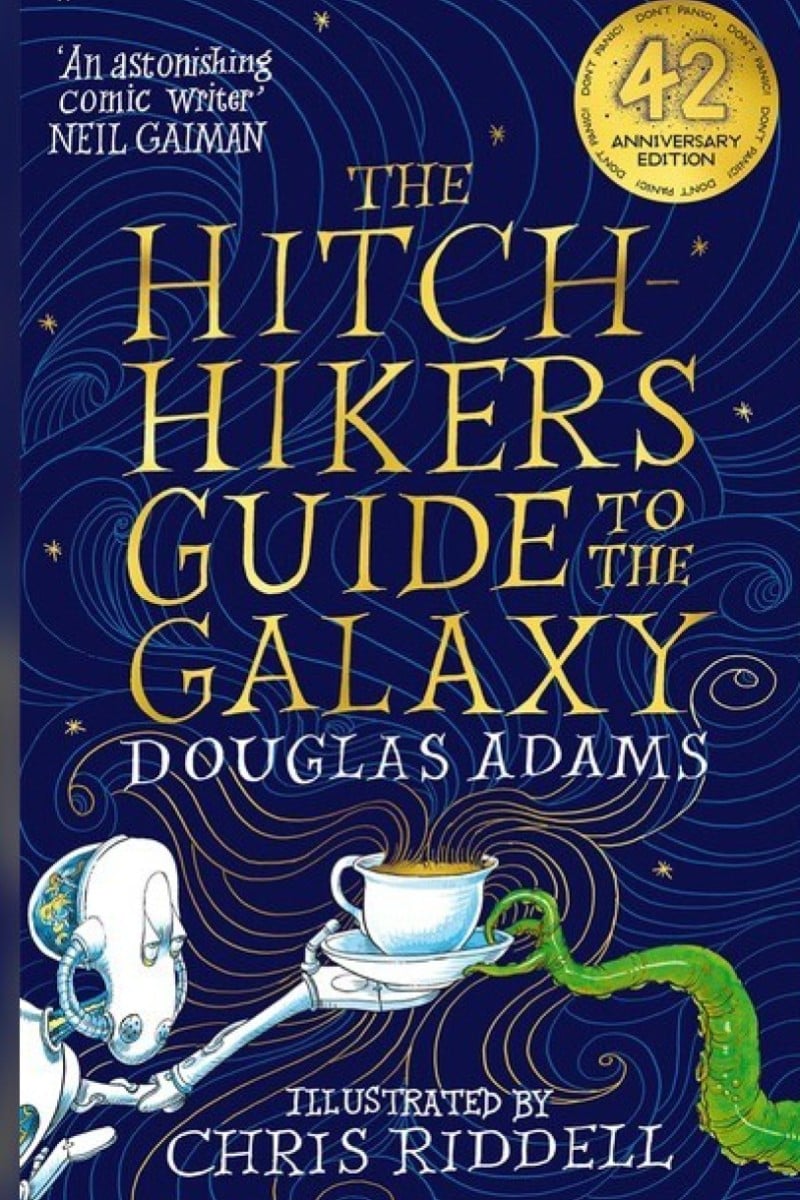 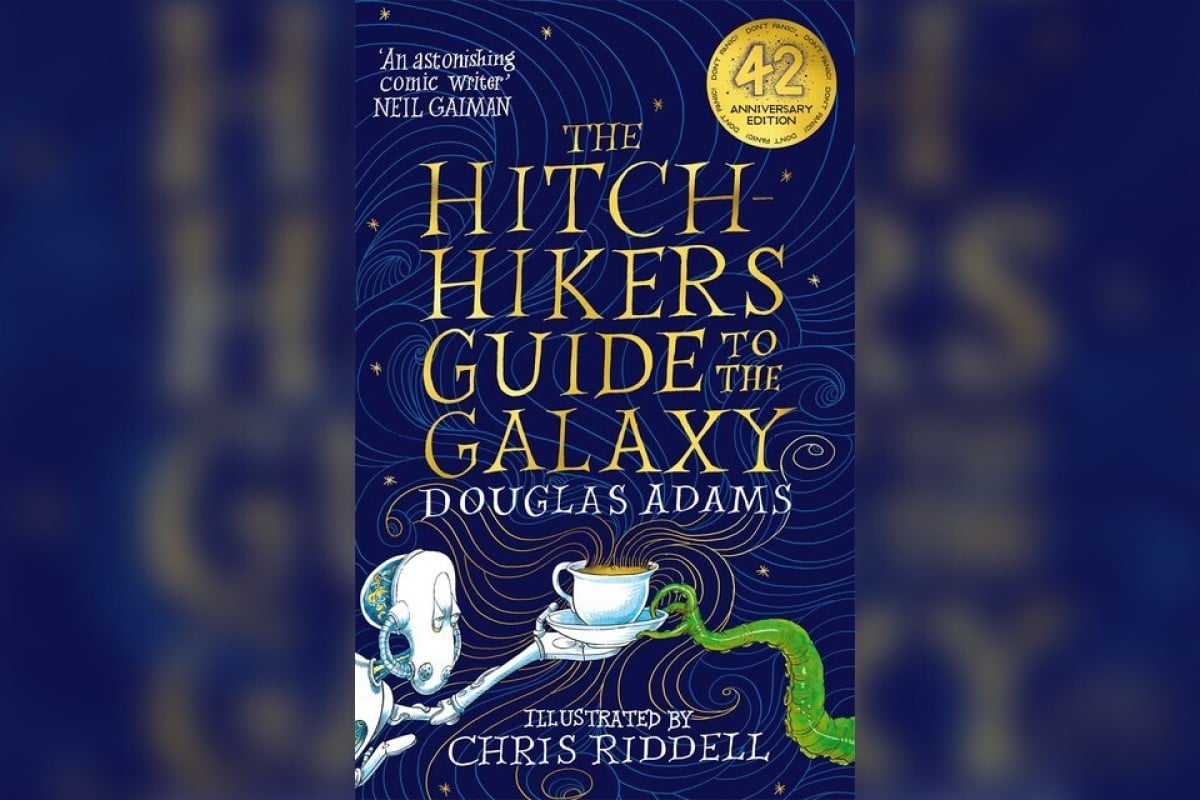 The Hitchhikers Guide to the Galaxy 42nd anniversary edition

We all know when, say, Halloween and Valentine’s Day are celebrated, but what about Towel Day? Have you even heard of it before? Towel Day is celebrated on May 25 each year in honour of English writer Douglas Adams and his masterpiece The Hitchhiker’s Guide to the Galaxy.

Since it was published in 1979, Adams’ weird and wonderful galactic novel has captured the imaginations of millions of fans around the world and across generations.

A new edition of The Hitchhiker’s Guide, with out-of-this-world illustrations by children’s artist and author Chris Riddell, has just been published. It is the perfect edition for anyone who hasn’t read the book, or those who want to revisit its genius.

New readers could well find their lives transformed and their brains sent into a spin by the adventures of ordinary human Arthur Dent as he is whisked off into outer space to hitchhike around our galaxy.

It is a boring Thursday lunchtime, until workmen turn up at Arthur’s home to demolish it to make way for a new highway.

And that’s just the start of the bad news: Planet Earth is next in line to be demolished to make way for an intergalactic freeway. But just before Earth is blasted into tiny cosmic fragments, Arthur’s best friend, Ford Prefect, announces that he is secretly an alien, grabs Arthur and hitches a ride on a passing spaceship.

Equipped with their trusty towels (you’ll see why soon enough), a guide book and a multilingual fish, the two adventurers are off on a journey like no other. They meet a gang of bizarre space residents, including the gloriously named Zaphod Beeblebrox, and the wonderful Marvin the Paranoid Android, all brought visually to life by Riddell’s divine artwork.

As the plot, such as there is, spins into illogical mayhem, Adams plays around with physics, time and common sense. Even the most serious readers can’t help but laugh out loud.

The Hitchhiker’s Guide is inventive, packed with crazy energy, and dares to be silly just for the sake of it.

No publisher bothers to stamp an age range on Adams’ comedy classic. It is a phenomenon that has sold more than 15 million copies worldwide, and counting, to tween, teens and adults.

The books every teen boy should read before he graduates

Before his sudden death in 2001, Adams expanded The Hitchhiker’s Guide into a TV series, a stage adaptation, many comic books, and a must-have bath towel, but it’s the novel that threatens to outlive every other manifestation of Dent’s manic adventure in space.

This latest edition of one of the world’s most entertaining travel guides acknowledges the importance of the number 42 (hence the 42nd anniversary edition), and the answer to the Ultimate Question of Life, the Universe and Everything.

Don’t try to work that one out before reading The Hitchhiker’s Guide. After travelling with Dent to the outer reaches of the galaxy, everything will become obvious. Maybe ...

Enjoy the trip! And don’t forget your towel.