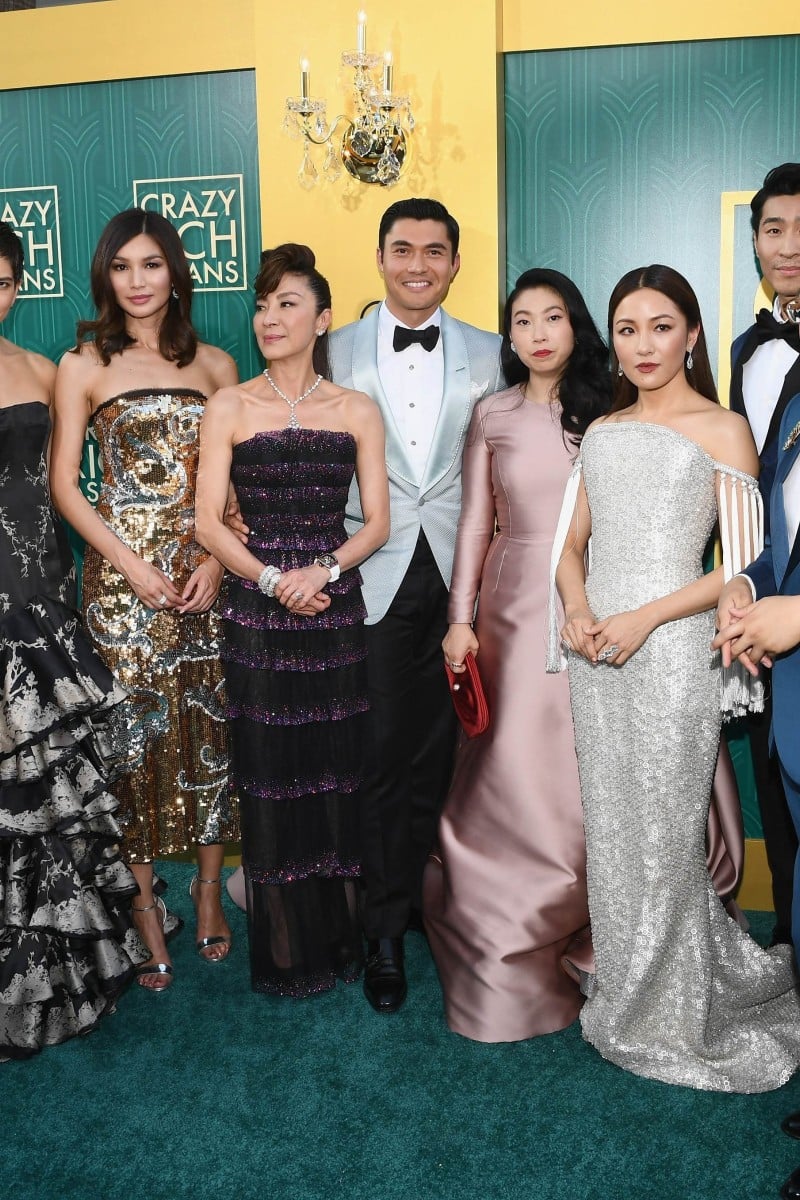 From whitewashing to Oscar darlings: The complex history of Asian Americans in Hollywood films

Crazy Rich Asians is putting Asian American actors firmly in the spotlight, but it wasn't always this way - it's been a struggle 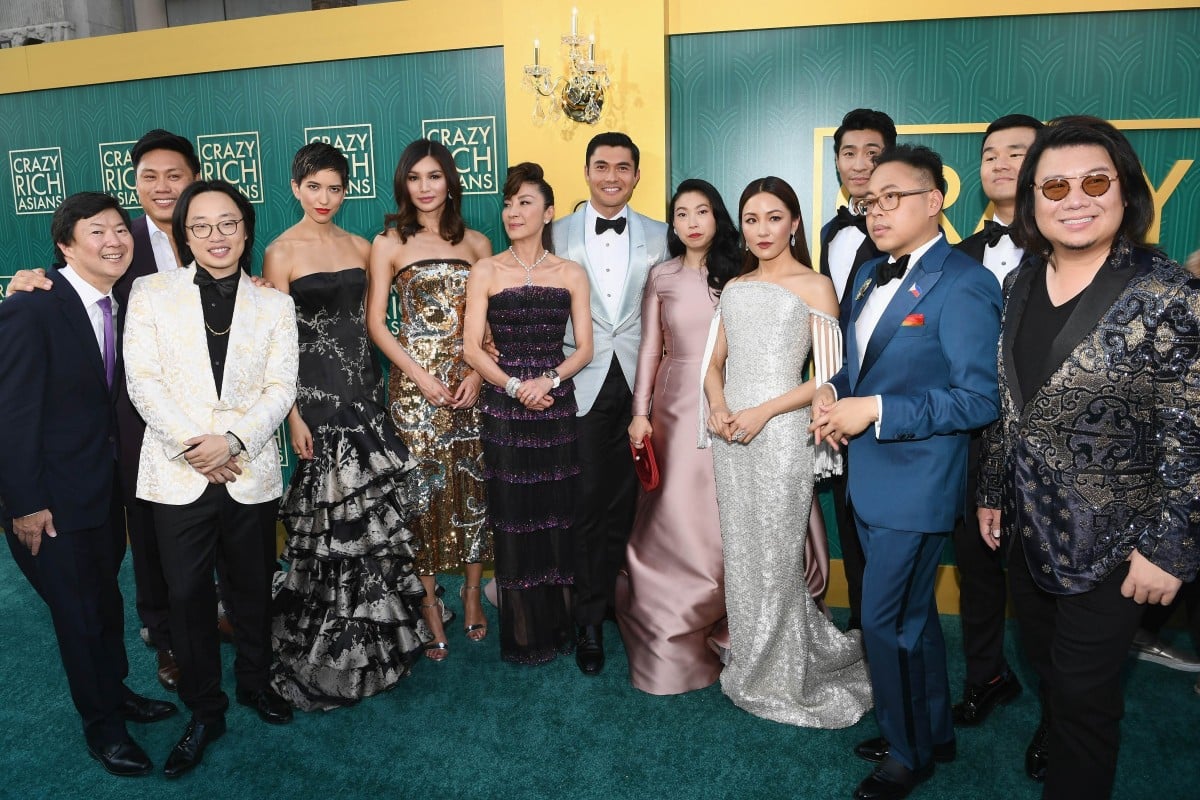 Months before Crazy Rich Asians premiered, the film was already being celebrated for being a rare Hollywood studio film in which all the main actors are of Asian descent. Adapted from Kevin Kwan’s bestselling book, the glitzy romantic comedy stars Constance Wu, Henry Golding, Awkwafina and Michelle Yeoh.

But director Jon M. Chu has said that his goal is for Crazy Rich Asians to be not just a landmark film, but to start a movement for greater Asian American representation in Hollywood.

It’s a daunting task, especially considering that Asian Americans (and Pacific Islanders, who are often included to create the broader category “Asian Pacific American”) embody a vast array of cultural, religious, linguistic and economic backgrounds. And Hollywood films have had a rocky history when it comes to its portrayals of Asian Americans, from the early yellow-face roles to the still-present examples of whitewashing. But there has also been much to admire. Here’s a timeline of some of the milestones and setbacks that have led up to Crazy Rich Asians.

Silent film actor Sessue Hayakawa is considered the first Asian American movie star, and, arguably, there hasn’t been a bigger one since. By 1918, he had enough clout to start his own film studio, Haworth Pictures Corp., prompted by his frustrations over Hollywood’s offensive and inaccurate depictions of Asians. While he was running Haworth, he produced 23 films and was one of the highest-paid actors of his time. He left Hollywood in 1922 because of rising anti-Asian sentiment, eventually returning after World War II. In 1957, he received an Oscar nomination for his role in The Bridge on the River Kwai.

Wong was a silent film star in the 1920s, but she often found herself limited to stereotypical Asian roles. When Pearl Buck’s novel The Good Earth was released in 1931, Wong made public her desire to be cast in the film adaptation, because it was a rare opportunity to play a Chinese character in Hollywood. She later learned she was never considered because the producers wanted a white male actor for the Chinese lead, and anti-miscegenation laws prevented a non-white woman to be cast opposite a white man. Wong was instead offered the role of the concubine, but refused. Luise Rainer would win an Oscar for her portrayal of the Chinese woman. This was also the decade that brought us the yellow-face characters Fu Manchu and Charlie Chan, which were stereotypical Asian roles played by white actors and were products of Western imagination.

At the time, it was a risky choice to make a movie about Asian Americans; this was the same year it seemed perfectly acceptable for Mickey Rooney to play a bucktoothed Japanese neighbour in Breakfast at Tiffany’s. For many years, Asian Americans had mixed feelings about the film version of the Rodgers and Hammerstein stage musical, because it was made by non-Asians and featured Asian stereotypes, including a docile picture bride and a gold-digging showgirl. But in recent years, the musical (which was nominated for five Oscars) has been more embraced, in part because, 57 years later, we’ve still never seen Asian Americans singing and dancing on this grand of a stage in Hollywood.

After starring as Kato in the TV series The Green Hornet, Lee struggled to find leading roles in Hollywood, even developing a TV project for himself that allegedly was lifted and retooled as Kung Fu, starring David Carradine. He left for Hong Kong, where he filmed three hit films, before getting the attention of Warner Bros., which offered him the lead in Enter the Dragon. Sadly, Lee died six days before the film was released, just as his career in the United States was about to take off. That said, not only has Lee become a global legend, but he set the stage for martial arts stars such as Jackie Chan and Jet Li.

The Mohandas Gandhi biopic won eight Oscars, including best picture, and best actor for Ben Kingsley (who’s half-British, half-Indian). Two years later, The Killing Fields, about two journalists’ escape from Cambodia’s Khmer Rouge regime, won best supporting actor for Haing S. Ngor. Kingsley, Ngor and Miyoshi Umeki (who won for 1957’s Sayonara) are still the only three Asian actors to ever win Oscars for acting. Later, Slumdog Millionaire (2008) would be another British film about India that was celebrated at the Oscars.

Letters from the dorm: Asians are still being stereotyped in Hollywood – and it’s 2018

1993: The Joy Luck Club finds success as a film

Director Wayne Wang had gained some recognition with 1982’s Chan Is Missing, which is considered the first independent film directed by an Asian American to resonate outside the Asian American community. But The Joy Luck Club, based on the book by Amy Tan, was his first mainstream Hollywood film and became a commercial and critical success.

Lee’s comedy The Wedding Banquet became the most profitable film of the year when measured by percentage of cost, earning $23.6 million from a budget of $1 million. He would later make history as the first nonwhite filmmaker to win an Oscar for best director, for 2005’s Brokeback Mountain, and he’d nab a second one for 2012’s Life of Pi. His 2000 martial arts film Crouching Tiger, Hidden Dragon is still the highest-grossing foreign-language film in America.

1998: Mulan is the first Disney animated film with the leads predominantly voiced by Asian Americans

The Chinese legend of Hua Mulan is about an ageing warrior’s daughter who disguises herself as a man to take her father’s place in battle. For its adaptation, Disney hired a Chinese American writer (Rita Hsiao) and hired mostly Asian Americans for the voices, including Ming-Na Wen, B.D. Wong, James Hong, Pat Morita and George Takei. Disney would later score more hits with Asian American and Pacific Islander stories, such as Lilo and Stitch, Big Hero 6 and Moana. A live-action adaptation of Mulan is in the works for 2020.

1999: The Sixth Sense is a cultural phenomenon

Haley Joel Osment saying “I see dead people” is etched into the memories of a generation, and the director M. Night Shyamalan - who is ethnically Indian - is now synonymous with a certain type of supernatural horror film that ends with a jaw-dropping twist. Although he’s had some setbacks - most notably the failure of The Last Airbender, for which he was widely blamed for whitewashing the Inuit and Asian characters in the original animated series - he’s been finishing up his successful Unbreakable trilogy, which will end with Glass in 2019.

When Harold & Kumar Go to White Castle, a comedy starring John Cho and Kal Penn, premiered in 2004, it was not a huge box office hit. But as the film came out on DVD, it gained a cult following and gave birth to two more sequels, 2008’s Harold & Kumar Escape From Guantanamo Bay and 2012’s A Very Harold & Kumar Christmas.

2009: Justin Lin helps turn the Fast and the Furious films into an international moneymaker

After Justin Lin scored an indie hit with Better Luck Tomorrow, he directed 2006’s Fast and Furious: Tokyo Drift. None of the original stars were even in it, other than a quick cameo by Vin Diesel, but by Lin’s next movie, 2009’s Fast & Furious, Diesel, Paul Walker, Michelle Rodriguez and Jordana Brewster were back, and now, the series has raked in more than $1.5 billion. Lin took a break from the franchise for a few years, but he’ll be back for No. 9 and 10, expected to be the final two instalments.

2016: Dwayne Johnson becomes the highest paid actor in the world

Many still know him as “The Rock,” from his years as a professional wrestling champion, and some underestimated him when he moved to acting in 2001’s The Mummy Returns. But 15 years later, he became the highest-paid actor in the world, in part through Moana, in which he wore his Polynesian heritage proudly as the voice of the demigod Maui.

2017: Ghost in the Shell whitewashing controversy

Asian American activists have been speaking out against Hollywood whitewashing for years - Short Circuit 2, 21, Aloha, Dragonball: Evolution, Dr. Strange; the list goes on - but the controversy around Scarlett Johansson’s casting as Major Motoko Kusanagi in the film adaptation of the Japanese manga Ghost in the Shell seemed like the first time Hollywood listened. Paramount executive Kyle Davies admitted that the whitewashing criticism was bad for business.

2017: The Big Sick makes a star out of Kumail Nanjiani

Kumail Nanjiani and Emily V. Gordon penned a script based on their real life romance that eventually earned an Oscar nomination for best original screenplay - a first for a story that delves into the Asian American experience. Despite its acclaim, the film received criticism for its stereotypical portrayal of South Asian women. (The Joy Luck Club was also criticised for its portrayal of Asian men.) This critique highlights the impossible task of having one story represent an entire community - and the array of stories that remain to be told.