'Dora and the Lost City of Gold' movie review: a drop of sunshine for these dark times 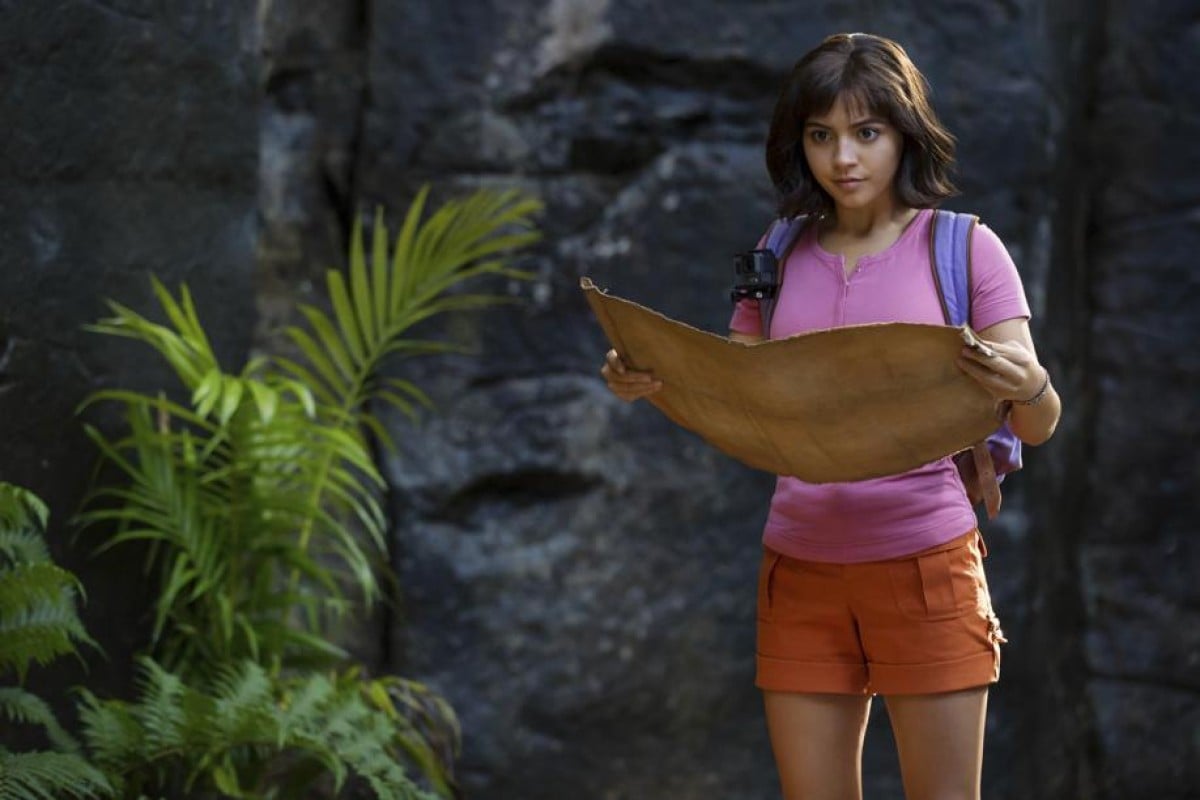 Dora may have moved to the city, but it's not long before she's back to her exploring ways.

Summer might almost be over, and things might be looking bleak in Hong Kong, but Dora and the Lost City of Gold is a glistening drop of sunshine, sure to bring a laugh. Based on the hit kids’ TV show, Dora the Explorer, the story follows an older Dora, who has grown up into a smart young woman.

Played by Isabela Moner (Transformers: the Last Knight), Dora has to leave her jungle home and head to the city, while her parents, who are explorers, go in search of a lost Incan city of gold, Parapata. Her carefree ways and indomitable spirit that has seen her survive the deadly rainforest seem to be no match for the jungle of teenagerdom at the average American high school.

Luckily for her, but not so luckily for him, she has her cousin Diego (Jeff Wahlberg) to her help her out. The story fizzes happily from awkward moment to awkward moment in a way that will be instantly recognisable to any secondary student. There’s the queen bee, Sammy (Madeleine Madden), who is clearly threatened by Dora’s intelligence, and there’s Randy (Nicholas Coombe), who can hold his breath for seven minutes - it becomes important, trust us.

The big question is, does the movie mock Dora for her naked enthusiasm, or does it mock everyone else for being overwhelmed by the “rules” of being a teenager, particularly an American one?

All of The Rock’s movies, ranked from best to really, really bad

But you know from the beginning that this is going to be a jungle adventure and it isn’t long before Dora and friends are kidnapped by baddies in search of Parapata. Cue the best bits of almost every jungle adventure movie ever in a widespread homage to the genre, jungle puzzles, massive poisonous plants, deadly temple traps from ancient people, you know how it goes.

There are moments when, just like on the TV show, Dora talks to the audience - can you say “hilarious”?

Yesterday is a sweet, amusing ode to the Beatles

This kind of film is comfort food, like mac ’n’ cheese, and it’s impossible to overdo the cheese.

If you’re in the mood for edgy, brink-of adulthood stuff, you might want to look elsewhere. But if you’re looking for a genuine laugh, a slap of upbeat enthusiasm, and something to put you in a good mood, you can’t go wrong here.