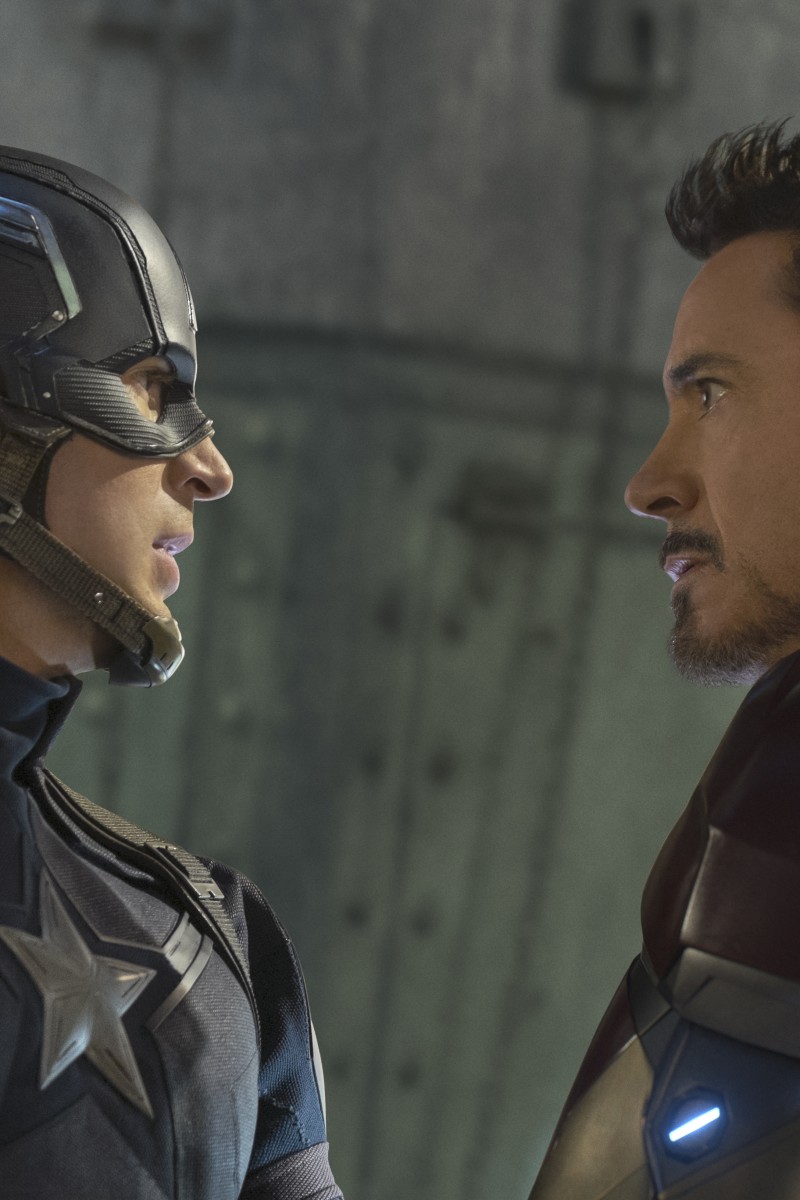 From Starlord's style and substance when fighting an entire planet, to besties Thor and the Hulk duking it out, these moments were awesome 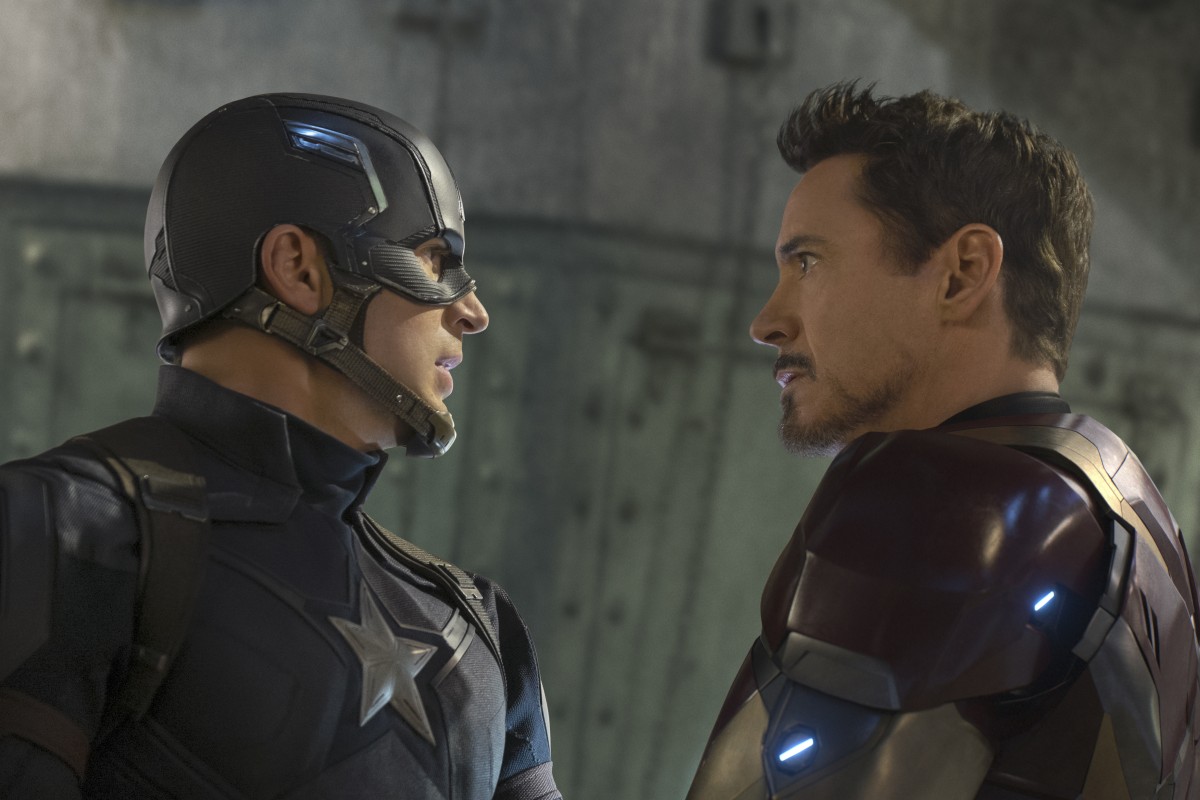 After 10 years and 18 movies, with many more on the way, Marvel Studios has given audiences plenty of memorable moments for casual moviegoers and super-fans alike.

From Tony Stark's first armoured suit that started it all, to most recently Black Panther's emphasis on a strong supporting cast of fearless women, the Marvel Cinematic Universe has managed to both portray the best parts of the comic books, and please audiences of all kinds.

With Avengers: Infinity War dropping worldwide on April 28, here are the best moments from the MCU that have kept audiences returning for more.

Below are 16 of the best moments, ranked. (MAJOR SPOILER WARNING if you haven't seen these films):

Guardians of the Galaxy Vol. 2 attempts to be more emotional than its predecessor. Some of it doesn't work, but when it does, it works really well. For instance, when Star-Lord's father, the evil cosmic being named Ego, reveals that he gave his mother the tumour that killed her, Star-Lord realises his long-lost dad isn't who he thought he was. The ensuing battle is a blast of action and even some Pac-Man, and that earlier revelation gives it an extra emotional weight.

The first Thor is not that great, but it somehow managed to lure Anthony Hopkins to play Thor's father, Odin. Thank the gods, because this scene is lifted by his presence. When Thor royally messes up a truce between the people of Thor's homeworld Asgard and the Frost Giants, Odin banishes Thor to Earth until he is worthy enough to wield the hammer Mjolner once again. It's such an effective scene because of Hopkins' performance.

Iron Man 2 is one of the worst films in the Marvel Cinematic Universe, but one scene in particular stands out for being an impressive, effects-driven action sequence. Mickey Rourke is unfortunately underutilised as the villain Whiplash in the movie, but he makes a worthy grand entrance during a fight scene on the Monaco Raceway.

Running a marathon with Marvel's Captain America, Spider-Man and Thor

Iron Man 3 might be the most divisive film in the Marvel Cinematic Universe. Fans praise it for its originality compared to other Marvel films before it, while its critics pan it for straying too far from what made the other Iron Man movies fun. But what most people can agree on is how awesome that plane sequence is, when Iron Man must save a group of passengers falling through the sky. No matter one's opinion of the movie, that sequence is riveting.

Captain America: The Winter Soldier, the sequel to Captain America: The First Avenger, upped the ante from the first film by positioning itself as a black ops thriller. One of the scenes that best embodies this is when Captain America is surrounded by a group of SHIELD agents ready to turn on him in a crowded elevator. Cap naturally, and thrillingly, takes them all down with precision.

This scene was heavily teased in the marketing campaign for Thor: Ragnarok, but that doesn't change just how exciting it was on the big screen. The Hulk hadn't been seen since Avengers: Age of Ultron when he piloted a jet toward space, so Thor's reaction to seeing his "old friend" was similar to what audiences probably felt. The joy of the reunion was short-lived, obviously.

Black Panther has broken box office records and it's also delivered plenty of memorable moments. Part of the movie's strength is that it features strong female characters. No scene better exemplifies this than when W'Kabi, played by Oscar nominee and Get Out star Daniel Kaluuya, surrenders to Wakanda's general Okoye, played by The Walking Dead's Danai Gurira.

"Would you kill me, my love?" W'Kabi asks Okoye. "For my country? Without question," she retorts.

Iron Man is the film that started it all. Tony Stark's escape from captivity from a terrorist group using weapons of his own company's making kickstarted his path toward superheroism. This led the way for the rest of the MCU. Tony's escape, and the suit of armour he builds to help him, is directly inspired by the 1960s comic books, but against the backdrop of a post-9/11 Afghanistan. It's an exciting scene that was our first taste of what the MCU could deliver in terms of thrill, action, and fulfilling fan expectations.

Spider-Man: Homecoming is the MCU's successful reboot of Spider-Man, and features one of the best twists in the franchise. Michael Keaton's Vulture is one of the best villains in the MCU, and his character is given an extra layer of development when it's revealed that he is actually the father of Peter Parker/Spider-Man's love interest, Liz. I certainly didn't see that coming at all.

Everyone remembers the airport showdown in Captain America: Civil War when Cap's and Iron Man's respective teams face-off against one another over the government's superhuman registration act. But the far more compelling conflict in the movie comes after, when Iron Man/Tony Stark discovers that Cap's best friend Bucky killed Stark's parents while brainwashed. The ensuing fight results in an iconic image, taken directly from the comic book the film is loosely based on.

Avengers: Age of Ultron is kind of a mess. It tried to pack in too much set-up for the movies that would come after it. But that's why one scene stands out above the rest, and it doesn't feature any explosions or punching. Joss Whedon's strength is humour, and that's never more apparent in the movie than when the Avengers attempt to lift Thor's hammer (with no luck, of course). The scene is funny and focuses on the relationships between the characters, a welcome change of pace.

Guardians of the Galaxy was Marvel's first official foray into the cosmic aspects of the MCU, and the fact that it worked - with its talking raccoon and walking tree - is a testament to Marvel's power. Part of what made the first Guardians such a great movie is that it's not only hilariously entertaining, but also has heartwarming touches sprinkled throughout. One of those is when Groot sacrifices himself to save his friends near the film's climax because, "We are Groot." Fortunately, he re-grows into an adorable baby for the sequel.

It's hard to choose the best moments in The Avengers. But one that stands out and got the biggest reaction is when Loki confronts the Hulk toward the end of the movie. "I am a god!" Loki shouts at the Hulk, who he obviously sees as nothing but a brutish monster. Hulk gets the last word, though, literally, by taking Loki by the legs and smashing him repeatedly into the floor. "Puny god," Hulk says as he walks away. Cheers and applause followed.

Top 13 films of 2017: from three old men robbing a bank to the third Spider-Man in 15 years, here are the movies we liked best

During Black Panther, Chadwick Boseman's T'Challa (the Black Panther and king of Wakanda) is seemingly killed by Michael B. Jordan's Killmonger, who has returned to his father's country to challenge T'Challa for the throne. But during the film's climax, T'Challa returns, obviously very much alive. The moment, even though it's expected, is cheer-worthy, and sets up an emotional confrontation between Black Panther and Killmonger.

Iron Man is known as the movie that began the Marvel Cinematic Universe, but it wasn't until the after-credits scene, a technique that is now famous for Marvel movies, that audiences really knew that. Prior to this, Tony Stark reveals to the world that he is Iron Man, which was a surprising and refreshing twist for superhero films. Then, after the credits, Nick Fury, the director of SHIELD, approaches Stark with a proposition: "You think you're the only superhero in the world?" he asks Tony. "I'm here to talk to you about the Avenger initiative."

Okay, so nobody ever actually says "Avengers Assemble" in these movies yet (unfortunately), but it definitely could have been screamed during this scene. This was what the past four years of build-up prior to the 2012 release of The Avengers was all about. The team, with Loki's alien army swarming on New York City, assembles for the first time to take on a threat to the world. Captain America, Iron Man, Thor, Hulk, Black Widow, and Hawkeye together on screen, and every nerd, and millions of others, cheered in unison.