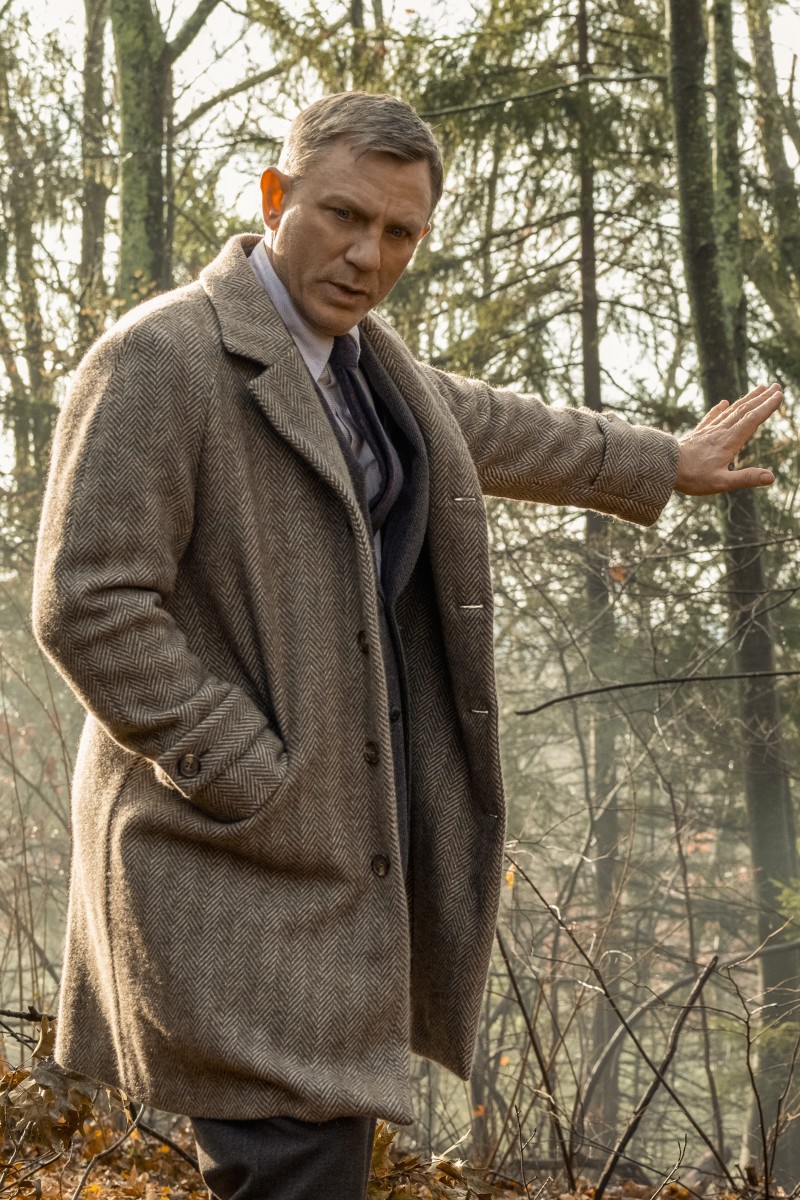 7 of the best detective movies for beginners: the ultimate introduction to mystery films 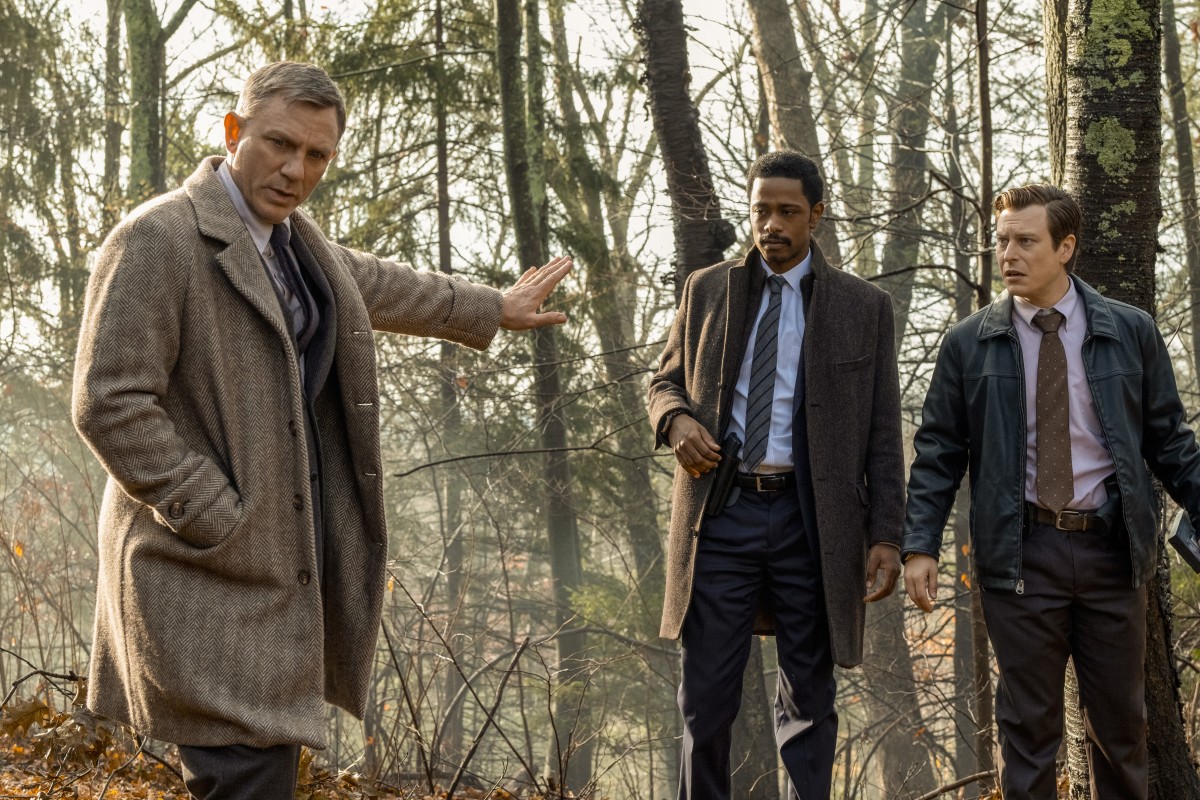 Detective movies, like ‘Knives Out’, can confuse the sleuths as well as the audience.

Detective movies have long been a Hollywood staple. A subgenre of crime and mystery films, they see a detective – professional or amateur – trying to solve a crime. Usually, the smart sleuth has an odd quirk, and goes about their investigation accompanied by a colleague. This companion serves as the audience’s eyes and perspective, receiving the detective’s explanations and being wowed by their revelations at the same time as us.

Ahead of the release of Death on the Nile and Enola Holmes, we’ve put together a beginner’s guide to detective movies, ranging from the most traditional to the more experimental.

The most recent adaptation of Agatha Christie’s novel of the same name, the story follows world-class detective Hercule Poirot as he journeys across Europe on the famous train. When one of his fellow passengers is murdered, and the train is ground to a halt in a snowdrift, Poirot (Kenneth Branagh, who also directs) must try to solve the crime before the perpetrator strikes again.

The movie is a classic example of a locked-room mystery, where it seems impossible that someone could have entered and left the scene – and so the crime must have been committed by someone inside.

The story also constantly questions the sufficiency of law, morality, and the true meaning of justice.

2 Sherlock Holmes: A Game of Shadows

Sherlock Holmes is a household name. He was one of the first fictional detectives, and without him, many of the genre’s tropes might not exist: the quirky detective, the loyal sidekick, the unlikely deductions led by logic, the unforeseeable twist.

Guy Ritchie’s film isn’t based on any of the original stories by the books’ author Arthur Conan Doyle, but the spirit of his stories is very much here. Holmes (Robert Downey Jr) and his assistant Dr Watson (Martin Freeman) have to thwart an evil professor’s plans to commit random murders all over Europe. Holmes pieces together all the details as the film goes on, spotting clues that nobody else does, and makes a mind-blowing revelation at the end.

High school detective Shinichi Kudo was exposed to the poison APTX 4869, which transformed him into a young child – but he retained his memories and crime-solving abilities. He now goes by the alias Conan Edogawa, and still takes on cases.

He may be little, but Detective Conan deals with grown-up cases.Someone is trying to prevent a new hotel from opening by murdering the people behind it. In each case, a broken cup is left next to the body. Conan begins to suspect that the cracked pottery is a message left by the killer, and must work out who’s responsible before anyone else is killed.

There are many Detective Conan films, but this one stands out because it is one of the few that also delves into the motives of the organisation that created APTX 4869 and changed Conan’s life.

Jeff (James Stewart) is a photographer who can’t leave his flat thanks to a broken leg, and who is going mad with boredom. He uses the zoom lens on his camera to watch what’s going on in his neighbourhood, and try to keep the boredom at bay.

At first, it’s mostly boring family drama and the odd eyebrow-raising moment, but then he sees something far more dastardly. He needs to find a way to gather evidence and expose the crime.

The film was directed by Alfred Hitchcock, considered one of the greatest creators of suspense movies. It is unique, as the “detective” is unable to investigate anything physically, and must rely on his wits to ensure justice is done.

In a world where Pokemon and humans live side by side, battling and catching the monsters has been outlawed. When Tim’s mother dies, he gives up his dream of becoming a trainer. But when his cop father Harry is killed in a car accident, Tim (Justice Smith) must team up with Harry’s partner, Pikachu (Ryan Reynolds), to find out what happened.

The problem is, Pikachu has amnesia.

As they investigate, the unlikely duo also uncover a secret plot by an evil mastermind to turn everyone into a Pokémon, and must work to protect both people and monsters.

A detective with a physical impairment is a rare twist; and a story set in a fantasy world is definitely unusual in the genre.

On the surface, this looks like a classic whodunnit: a death occurs – possibly a murder – and all the would-be suspects are shut up together in a mansion.

The audience is given clues as Detective Benoit Blanc (James Bond star Daniel Craig) uncovers them, pointing gradually to the likely suspect – until, suddenly, the killer is revealed to the audience. Now, the film’s focus is on the battle between a seemingly incompetent detective and a justifiably confident criminal.

As well as being a fantastic example of a modernised classic mystery, Rian Johnson’s movie excellently juggles themes of class privilege, immigration, and ethnocentricity.

In 2054, the murder rate has been reduced to zero, thanks to a system that predicts when they might happen, so the police can prevent them. This is done with the help of mutant humans called “PreCogs”, who “previsualise” the crime.

But when police captain John Anderton (Tom Cruise) is accused of a murder that is about to take place, he kidnaps a precog to work out if there is a glitch in the system. Needless to say, it’s a less perfect technology than people have been led to believe. John must look back at past cases to find out what’s really going on.

As well as being a unique take on the detective genre, this Steven Spielberg film examines the philosophical question of whether free will could exist if the future were known in advance.