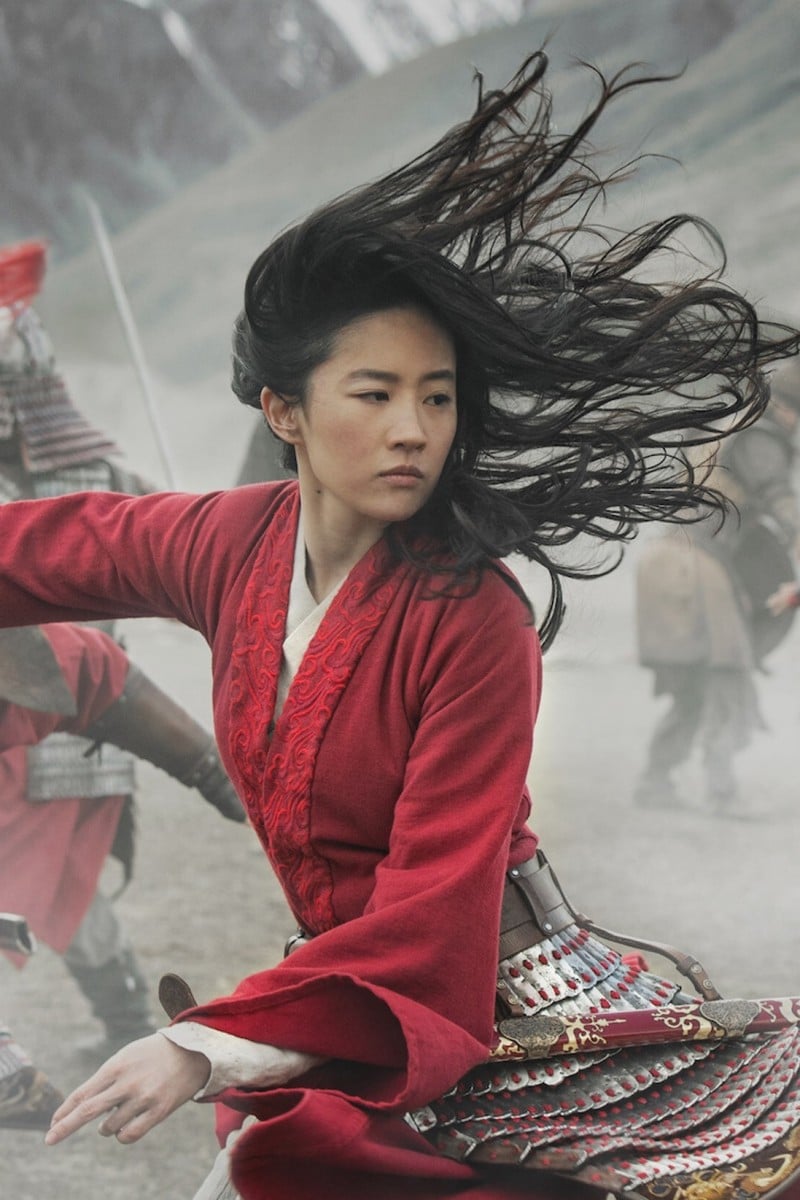 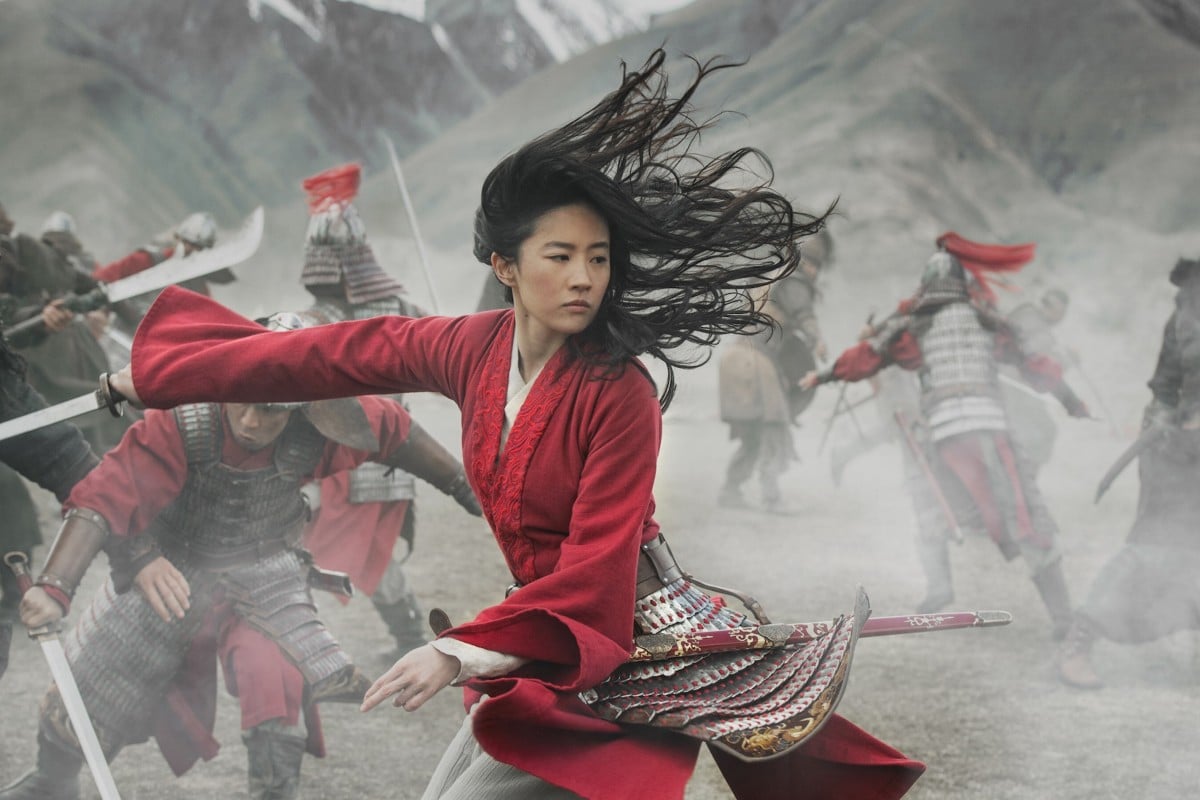 The live-action ‘Mulan’ opened on Disney+ on September 4. Photo: TNS

On Friday, Disney’s highly anticipated and heavily delayed Mulan live-action was finally made available on Disney+.

Directed by Niki Caro, the film stars Yifei Liu as the titular heroine, Yoson An as fellow soldier Honghui, Donnie Yen as Commander Tung and Jason Scott Lee as the villain Bori Khan, formerly Shan Yu in the animated movie.

Here is a quick introduction to the new and familiar faces, and what made each of them right for the role, in Caro’s own words.

Role: Mulan, a young woman who evolves from doting daughter into a fierce warrior after disguising herself as a man and enlisting in the army.

Photo: TNS Previous credits: Liu, nicknamed “fairy sister” in the Chinese entertainment industry because of her looks, got her start as a teen on the Chinese television series The Story of a Noble Family and Demi-Gods and Semi-Devils.

She made the jump to the big screen in 2007 when she was cast in the Jackie Chan-Jet Li movie The Forbidden Kingdom. In 2014 she appeared in the American-Chinese action film Outcast alongside Nicolas Cage and Hayden Christensen.

The search for an actress to play Mulan spanned 1,000 auditions and multiple continents, “just searching the world for that actress with an unusual skill set,” said Caro.

“Because she had to be Chinese, in order to carry a film of this scale and budget she had to be beautiful, and yet she has to be able to pass as a man for half the movie. She had to be able to withstand the very real physical requirements of the action but also be a great dramatic actress. And we found all of that and more in Yifei.”

She knew Liu was the right person for the job after the actress nailed an arduous screen test on virtually no sleep.

“She took a 14-hour plane ride from Beijing to Los Angeles,” Caro recalled. “She thought she could sleep in the morning because the audition wasn’t until 2 pm, but then the studio called her into meetings so she’d had no sleep before she got to me. And I put her through a really demanding dramatic audition.

“There were five scenes. One of those scenes was five pages of dialogue and English is not her first language, but she killed it. And if that wasn’t enough, we sent her to the other part of the audition, which was a really hardcore physical assessment with cardio and weights for 90 minutes.

“It was designed to see where her breaking point was, but safely, just so I knew what she could withstand physically and mentally. And she never flamed out. She never asked for a break. And I just knew then that this girl is a warrior.”

“I really want to thank Disney [for the opportunity],” said Liu. “Among all of her heroic [traits, Mulan] is a human just like everybody else. And that’s what makes her [resonate] with everybody. It’s not just superheroes that make a story great. It’s also how when she feels fear or hesitation, she still chooses to go forward. That is strength.”

Role: Chen Honghui, Mulan’s confidante and a fellow soldier who evolves into a potential love interest by the end of the film. Chen is based on the character Li Shang from the animated film. The character has been split into two new characters for the remake.

“I landed in Hollywood about two months ago,” said An in March. “I [grew up] in New Zealand watching amazing Asian cinema, not just from Asian [countries] but internationally.

But having inclusiveness in Hollywood films brings a whole new level of richness and storytelling. I think it’s very exciting to be in film right now.”

“I was very impressed by his energy,” said Caro of the casting choice. “He’s very masculine, but he’s sensitive and soft as well. Very beautiful, very good actor with a gorgeous voice.

“He was one of the first people I saw for the role and I thought, ‘That’s him.’ But he’ll tell you that it took us over a year to tell him that he had the part because we couldn’t cast him before we cast Mulan and it took us so long to find Yifei.”

The role required An to undergo rigorous physical training that stretched from five to seven hours a day, five times a week, for months.

5 things we know about Yosan An

“Because they were so authentic to the [Chang] dynasty, the costumes were quite heavy and we had to do hours and hours of sword and step training,” he said. “I learned a lot about myself in many different aspects. When you go through an experience like this, it’s self-reflective. You learn a lot about yourself.

“I feel like there was a lot of growth in this journey, especially working on a project of this scale. You learn to really have faith in life and that things do work out.”

Role: Bori Khan, a Rouran warrior determined to avenge his father’s death. Khan is based on the character Shan Yu from the animated film.

Photo: TNS Lee’s earliest roles include small parts in Born in East L.A. (1987) and Back to the Future Part II (1989). His breakout year was 1993 with the release of Map of the Human Heart and the biopic Dragon: The Bruce Lee Story, in which he portrayed the titular martial arts legend.

He also starred alongside Lena Headey and John Cleese as the title character in Mowgli, the 1994 live-action adaptation of The Jungle Book, did voice-over work for Disney’s Lilo & Stitch in 2002 and had a role in the 2007 sports comedy Balls of Fury.

“When I first heard they were doing [a live-action Mulan], I didn’t really see myself in it,” said Lee. “And then as it drew closer and they started talking to me about the part, I thought ‘Wow, this could be really interesting.’ It was a really strong, epic period piece. That was appealing, more so than maybe doing a musical.”

“I almost didn’t cast Jason for Bori Khan because he’s such a beautiful, gentle soul and I needed a killer,” said Caro. “I needed a shredded, evil villain.

“But he has such a great deal of integrity as a performer, I knew that when he signed on, he would do everything that was required.”

Including a complete physical transformation.

Jason Scott Lee (left) plays the villainous Bori Khan in “Niki said, ‘Hey, I want you to strip down and get ripped for this role,” the actor recalled. “’I don’t want this big, shaggy, hulking character, I want you lean and mean.’ Then they brought in a trainer who said, ‘Can you do 4 per cent body fat?’ I said ‘Man, are you kidding me? [Maybe] in my 20s!’ But they put me through my paces, and I got really physically fit.”

Lee’s training spanned two and a half months of daily multi-hour workouts as well as time spent working with a Kapa Haka master, an expert in Maori performing arts.

“And serious dieting and a lot of injuries along the way,” he added. “But it was wonderful, it was a real transformation.”

“What was significant about being a part of [the film], for me, was [the fact that] I’ve got two daughters and they love the animation,” said Lee.

“When we started seeing all the [trailers and] ads coming up for it, I could see that it was a good thing, that I made the right choice trying to go after this role and leaving something behind for them that they can always look back on and share with their children.”

SPOILER ALERT: His daughters even love seeing their dad play a villainous role. “The only thing they said was, ‘Why did you have to die?’” said Lee with a laugh. “I said, ‘Yeah, I know. Maybe you can talk to the executives and tell them to turn it around.’”

Role: Commander Tung, Mulan’s commanding officer in the army who serves as something of a mentor. He is the other character based on the original’s Li Shang.

Photo: APYen has been acting since the mid-80s, landing his first leading role in 1984’s Drunken Tai Chi. He had a breakout role in 1992’s Once Upon a Time in China II alongside Mulan co-star Jet Li, and collaborated with Li again in the 2002 film Hero, which earned a foreign language film nod at the Academy Awards the following year.

Donnie Yen on how he changed Rogue One: A Star Wars Story

“I feel like Donnie chose us,” said Caro of the casting decision. “It was such a privilege to have him on this movie. While I was working my cast really hard – they were training for three months, seven hours a day – Donnie Yen literally [just] walks on set and is explosive. It’s like the atoms in his body fly apart and fly back together.

“In the movie, he does this sword display, and it was just so fast that I couldn’t even see it with my eyes. So we shot it at high speed, which is to say we shot it in slow motion, just so I could see what the hell the man was doing. He’s a phenomenon.”

Yen (far right) with director Niki Caro, and fellow actor Ron Yuan on set. Photo: Walt Disney PicturesIn fact, Yen was the only actor on set who didn’t have to undergo training.

“I’ve done these types of action films [countless times] and you make it what it is,” he said. “Like a musician, I like to improvise. You give me choreography, a score, notes but I sing the way I want to sing. It really depends on the artistic moment.

So all of the scenes you see were improvisations from the choreography they’d given me. I did two takes and that was it. Niki asked me, ‘Hey, Donnie, do you need to rehearse this?’ I said ‘I don’t need it.’ So without telling her, that wasn’t even the choreography, I just started going into my zone and she loved it. She said, ‘Can I set up another camera and do it again?’ And the second time was a different take.”