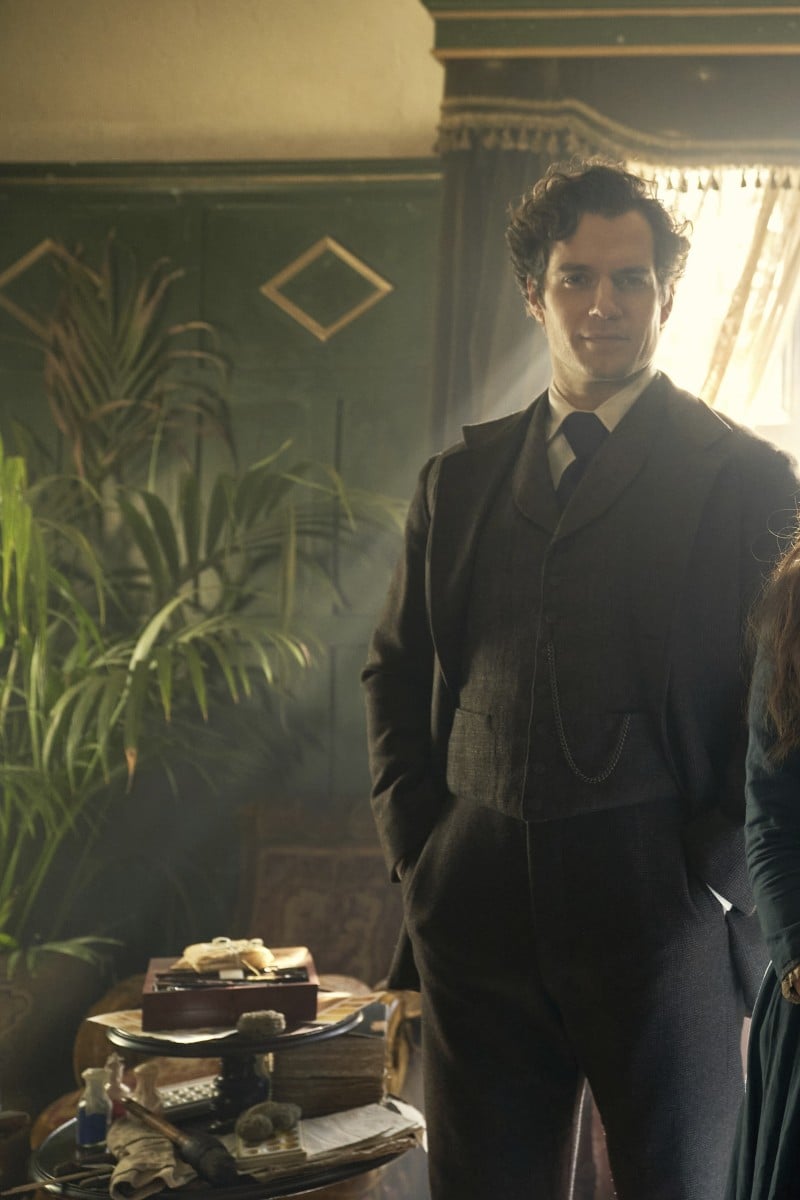 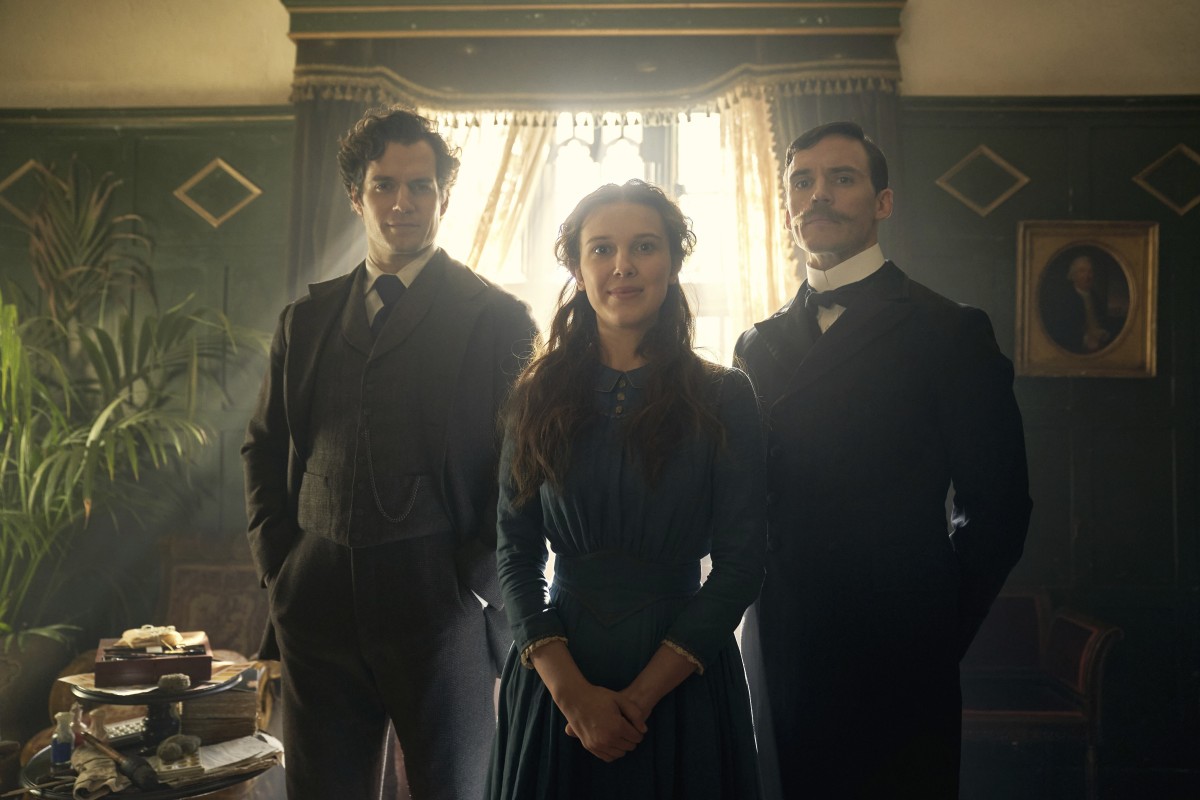 There has always been a dubious but sometimes successful practice of spinning off iconic film and literary characters through non-canon family members, from James Bond Jr. to Frankenstein’s bride. So it’s not entirely surprising that someone would come along and invent a little sister for Sherlock Holmes and then make a movie out of it.

Enola Holmes is the creation of American author Nancy Springer who wrote a series of six young adult novels about Sherlock and Mycroft’s teenage sister who becomes a detective in her own right. The lighthearted and enjoyable film adaptation stars Stranger Things’ Millie Bobby Brown as the titular character in an origin story that is clearly an attempt to start a franchise. Thankfully it isn’t merely a “set-up” film.

We’re introduced to Enola by Enola herself, who breaks the fourth wall and directly addresses the camera and audience to tell us about how her mother raised her after her much older brothers left early.

Enola, who tries not to think too much about the significance of the fact that her name backwards spells “Alone,” is clever and spirited and wholly isolated from the world and the social mores of Victorian-era England. She and her mother (a lovely Helena Bonham-Carter) who are fiercely independent except from each other, use their stately mansion as a playground. They practise archery and tennis indoors, blow things up in the name of science, read books and generally don’t seem all that concerned with the upkeep of anything but their minds.

Never Have I Ever review: Teen cast shines in stereotype-breaking Netflix comedy series

So it comes as a shock when Enola wakes up one morning to find her mother gone. Even more disconcerting is when her brothers Sherlock (a probably too buff Henry Cavill) and Mycroft (Sam Claflin) return to take care of her and the estate, they don’t recognise her. The grown men are also horrified that their little sister is so rough around the edges – no hat, no gloves, no worries about manners or decorum – and decide that she must be sent to finishing school.

Naturally, Enola is not excited about the prospect of finding a husband or fitting into society and instead sneaks off to try to track down her mother instead. On her journey she becomes entangled in the life of a fellow runaway, The Viscount Tewskbury, Marquess of Basilwether (Louis Partridge), who becomes her first client.

Tenet review: Hard to explain but beautiful to behold

Brown is a natural star and seems to be having a lot of fun with Enola and getting to do something a little more carefree than portraying the trauma stricken Eleven. And besides a gnarly head injury late in the film, Enola Holmes is an all-ages endeavour.

The biggest knock against Enola Holmes is it feels like it should or could have been a series. It’s very long and even this first story feels naturally episodic as she goes back and forth between searching for her mother and helping Tewskbury. The second is that the screenplay is only credited to Jack Thorne and this script could have benefitted from a woman’s involvement. Its feminist touchstones veer on cliché.

Brown did have a hand in producing the film, however, which is itself a neat message. Whether or not it becomes a franchise will remain to be seen. Enola Holmes was supposed to be a theatrical release and Netflix jumped in to take it early in the pandemic. But regardless of whether or not there are more, Enola Homes is the kind of movie that the preteen set will surely delight in and watch over and over.