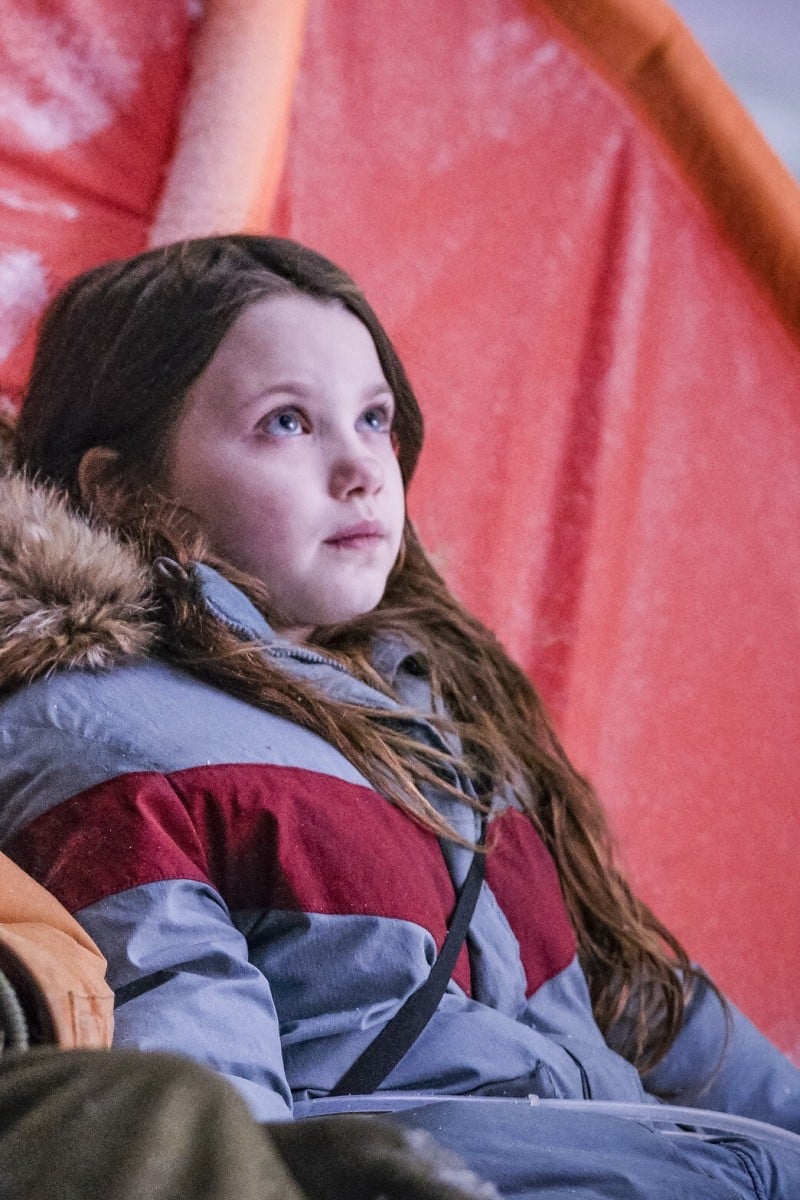 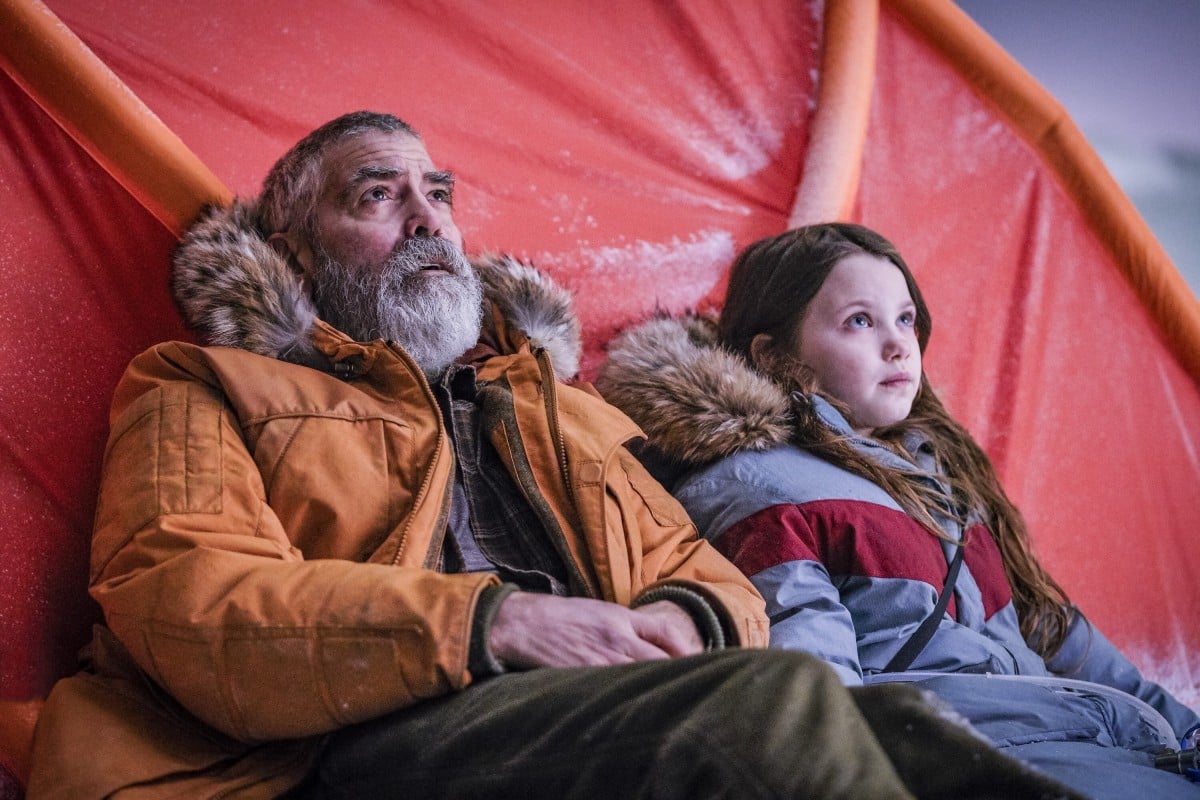 There have been a whole bunch of Netflix films garnering Oscars buzz this year. The Midnight Sky might just be another one.

George Clooney directs and stars in this feature film adaptation of Lily Brooks-Dalton’s novel Good Morning, Midnight and what he has done on both sides of the camera is astounding.

He has managed to craft two intimate, connected stories set against the vastness of the cosmos and the white sprawl of the Arctic. He has turned in a tragic but yet hopeful tale grounded in, of all things, Earth’s destruction.

The film opens with a grizzled Clooney eating a microwaved meal in an empty cafeteria. He stares out into nothingness. It is 2049, and three weeks after an unclear disaster has befallen Earth.

Clooney plays a cancer-ridden astrophysicist who is waiting out his days alone in an Arctic lab, trying to warn a returning spaceship about what has happened back home. Then he discovers he’s not alone – a girl is also in the outpost and needs looking after.

To contact the astronauts, the scientist and the girl must travel across icy wastes to reach another station with a more powerful signal. The film alternates between the pair on Earth and the five-person crew in the heavens, the story switching from the white of Arctic snow to the blackness of space.

Clooney’s filmmaking is unrushed, poetic and elegant, admiring beauty in its extremes – the ballet of man-made machines spinning slowly in space and the austerity of a blizzard in empty wilderness.

This is Clooney’s seventh outing as a director and there are artistic touches everywhere, like a tiny bright spacecraft against the darkness dissolving into a dark tent on an endlessly snowy plain. His camera lingers on the space station like a proud dad showing off his son’s toy model.

Music by Alexandre Desplat is rich and evocative, while Mark L. Smith’s script is spare, letting every word count.

The Midnight Sky touches on themes of regret, parenting, fragility, familial responsibility, and the conflict between love and career. It’s also a film about an environmental disaster whose final editing had to be done during a global pandemic.

Felicity Jones and David Oyelowo play husband-and-wife astronauts with a cool and sexy playfulness, while Demián Bichir is deeply moving in his scenes as a wistful and grieving mission specialist.

Kyle Chandler plays the ship’s pilot with a tangible ache for his family. “I was the one who was supposed to be at risk. And they were supposed to be safe – home and safe,” he says. And seven-year-old newcomer Caoilinn Springall almost steals the movie outright with her silent expressiveness.

If you love old-school musicals, you can’t miss don’t miss The Prom

But it’s hard to beat Clooney when he’s this good. You can see the life draining from his character, shambling about with his thick beard and limp. Clooney is not afraid to be ugly – drooling, vomiting, frightened, old. Seeing him drop his gruffness for a food fight is a delight.

The filmmakers battled 80-kilometre-per-hour winds at the top of an Icelandic glacier at minus 40 degrees Celsius. They also had to write around Jones being visibly pregnant, a pivot that proved perfect in the end, when all the floating parts of this story beautifully snap into place.

It’s a film that will satisfy every kind of movie fan – sci-fi, intimate drama, romantic and fantasy. It is gentle and deliberate, deeply felt and yet lighter and less cerebral than its distant cousin, Interstellar.

Clooney has said making The Midnight Sky” was like shooting The Revenant and then shooting Gravity. What a coincidence: both those films also won a bunch of Oscars.