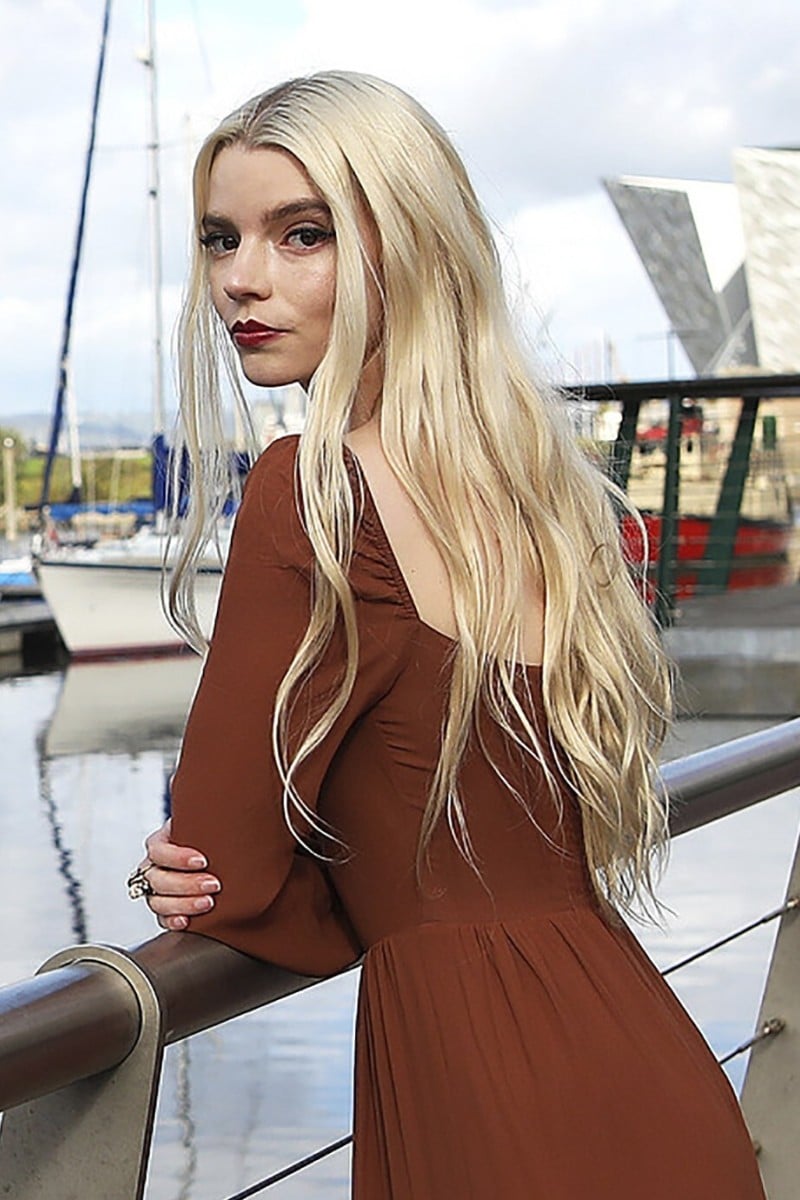 Anya Taylor-Joy starred in one of Netflix’s most watched TV series. Photo: AP

In a year when most people seemed to slow down due to pandemic-news exhaustion, Anya Taylor-Joy played a meddling British brat in Emma, a Russian mutant with teleportation powers in the latest X-Men film, and an American orphan who turns out to be a chess phenom who can checkmate grown men by the time she’s eight in The Queen’s Gambit.

Oh, and she’ll have another movie coming out in April: Edgar Wright’s psychological thriller, Last Night in Soho.

“When I was a kid, all I wanted to do was go to Narnia and, you know, fly to Neverland and go to all of these incredible places,“ Taylor-Joy said recently.

Taylor-Joy is “the busiest person I’ve ever met,” said Marielle Heller, who plays Taylor Joy’s foster mother in The Queen’s Gambit and directed the Oscar-nominated movie A Beautiful Day in the Neighbourhood and Can You Ever Forgive Me?

“I don’t know how she’s doing so many projects at the same time. It’s really kind of mind-blowing,” Heller said.

Netflix says The Queen’s Gambit was its biggest scripted limited series ever and Emma received critical and box office acclaim, as did her big screen debut as a lead in Robert Eggers’ 2015 horror hit The Witch, which won Taylor-Joy a Gotham Independent Film Award for breakthrough actor.

All that success could easily have gone to Taylor-Joy’s head, but Heller said she has managed to stay humble.

“The danger of young people having a career take off when they’re really young – you can turn into a jerk. But she hasn’t,” Heller said.

What is imposter syndrome, and how can you overcome it?

“She’s a real joy to work with. You don’t get that many roles back-to-back if you aren’t somebody who’s good to work with.”

Taylor-Joy is so well-liked among those who’ve directed her, they’ve formed what’s almost a club of adoration, calling each other and talking about how she’s doing, said Autumn de Wilde, who directed Taylor-Joy in Emma.

“We share a common bond in that we just 100 per cent believe in her and we’re so excited to see how our ideas will flower with her,” de Wilde said. “She’s not an empty vessel. She’s a never-ending box of drawers and secret passageways.”

Why Jane Austen is the queen of English literature

Part of what makes Taylor-Joy so magnetic is her complete lack of narcissism, she said.

Taylor-Joy was born in the US city of Miami and largely grew up in Argentina. She only spoke Spanish when her parents moved her and her five siblings to England, where Taylor-Joy struggled to fit in and learn English.

Although she has escaped the bullying she struggled with at the time, she’s still learning how to be kind to herself.

“A friend of mine once told me, ‘You would never speak to your friends the way that you speak about yourself,’ which was huge,“ she said.

“It’s such a difficult journey for every individual to become friends with themselves. Some people are born and they just have it and I applaud those people. I was not one of them.”

Though she says her skyrocketing fame “can be a bit intense,” the journey has been “a beautiful process”.

Self-care tips to help you look after your physical, mental and emotional health

“I have a tonne of energy, and I think this career and the hours of this career requires, they make me tired enough to be sane, which I appreciate,” she said.

“Making films is hard. Any film that is made, it’s a miracle that that film was able to be witnessed by other people.

“The fact that it even made it there is a baby miracle, and working with so many talented people and so many different people to make that come true and come to life, it’s weirdly life-affirming. It just makes me really happy.”