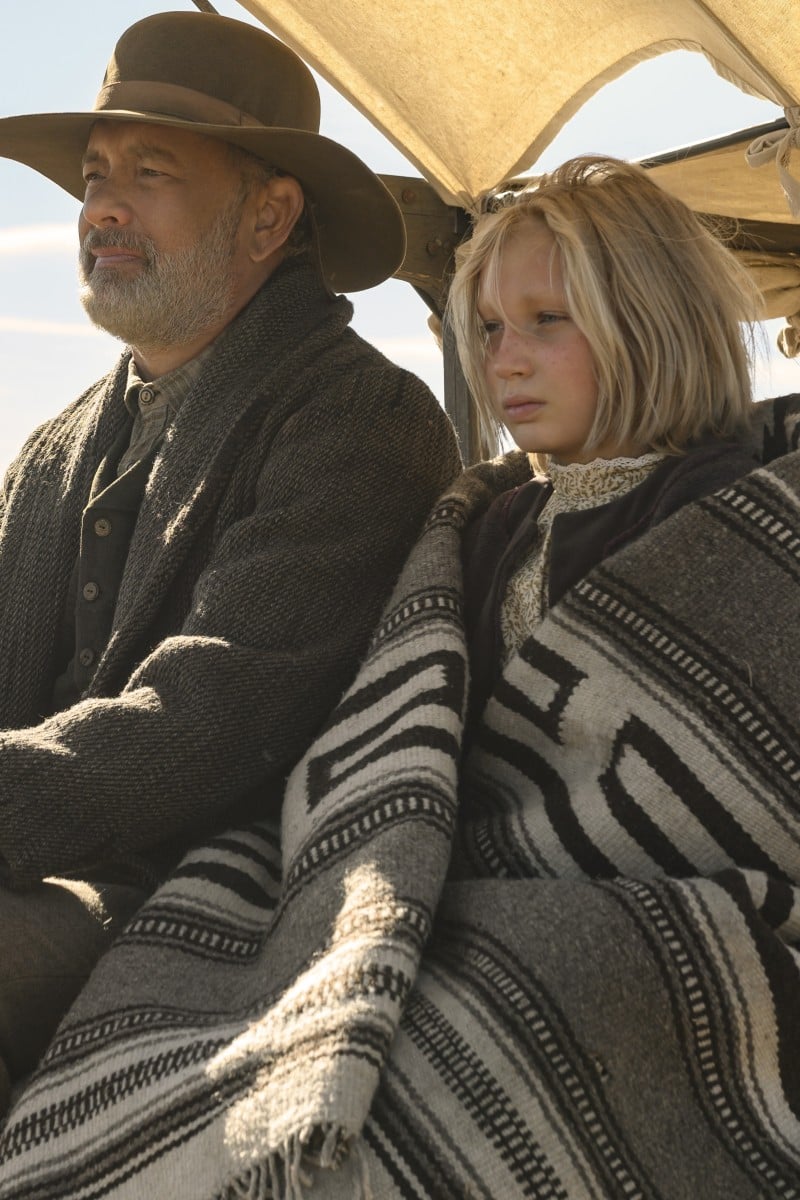 ‘News of the World’ movie review: Tom Hanks is heroic but unlikely in this Civil War outing 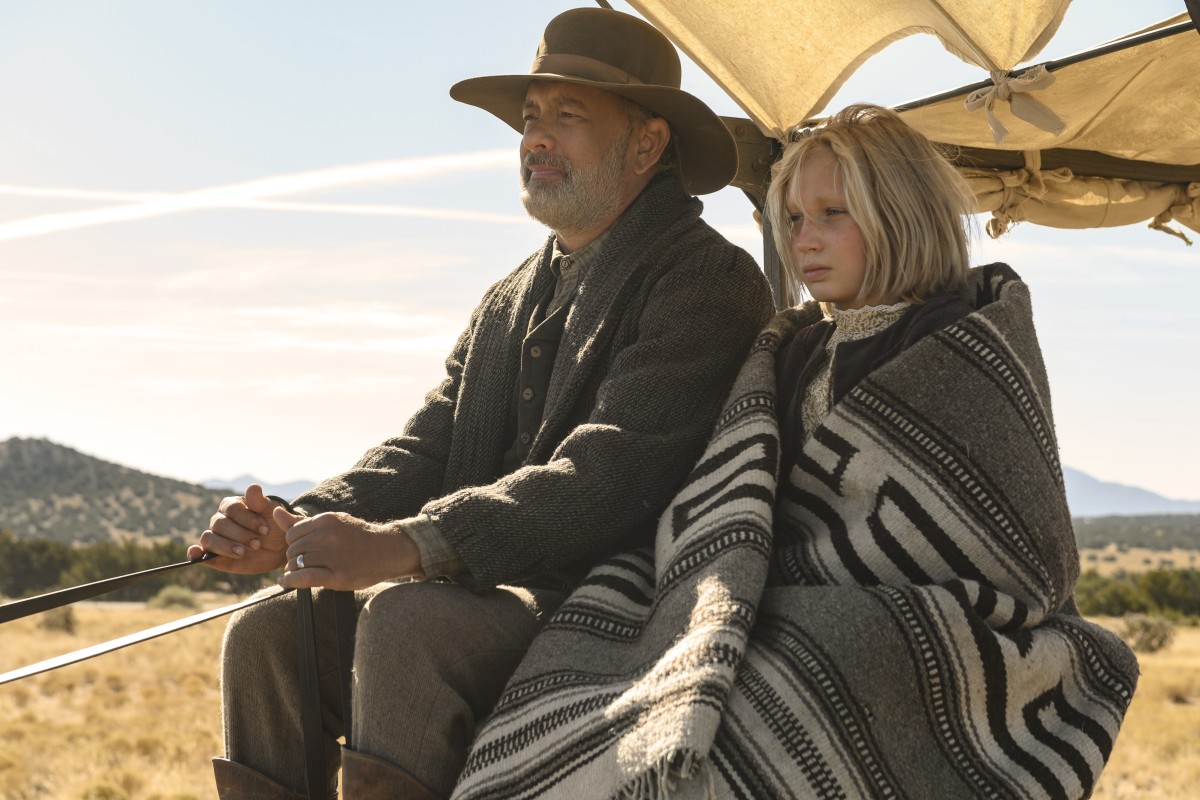 In his new film, News of the World, Tom Hanks rides a horse and blasts a six-shooter. Some of you might be thinking this must be his first cowboy role. To those, we respond: have you forgotten about Woody so soon?

All of Hanks – not just his voice – is employed in this second cowboy role, playing Captain Jefferson Kyle Kidd in 1870, a gentle Texan whose quiet and itinerant life is interrupted by the arrival of a girl.

Director and co-screenwriter Paul Greengrass reunites for the first time with Hanks since their 2013 outing, Captain Phillips.

This time, they’ve ditched the open water for an ambitious adventure firmly on land, based on the novel by Paulette Jiles. It’s a visually stunning film with a soulful message about forgiveness and moving past trauma.

Kidd is scarred – literally – by the Civil War and has found a life as a newsreader, a man who goes from town to town reading aloud the nation’s headlines to small-town residents or “for anyone with 10 cents and the time to hear it”.

He comes across a feral 10-year-old girl who is an orphan twice over – her settler parents are dead and the Native Americans who raised her are also gone. She speaks no English and frightens everyone. “She’s got kind of a wild look about her, doesn’t she?” someone comments. Says another: “Sure as I live, that child’s trouble.”

The girl has distant relatives hundreds of kilometres away and, naturally, it falls on Kidd to be the hero.

Wonder Woman 1984 is the superhero blockbuster we need in 2020

“This little girl is lost. She needs to be home,” he says. So these two broken souls embark on an epic odyssey through hostile terrain and bandits, while he teaches her English along the way, like a cowboy Henry Higgins. “I guess we both have demons to face going down this road,” he notes.

This is an ugly-beautiful film. You can almost feel the grime, hear the squelch through muddy streets, and choke on the smoke. It practically reeks of leather and wet cattle. It’s a setting where dogs bark incessantly, dust is everywhere, and socks have holes. In this naturalistic world, Hanks sticks out – but not for the right reasons.

His character is a former Confederate soldier who is dismayed by the lynching of Black men and even kindly buries a victim of it. He notes ruefully that settlers kill Native Americans for their land and that Native Americans kill settlers for doing that, a deadly cycle that he stands outside. He feels the frustration between Southern civilians and Union troops but hopes all sides can get along.

The 9 best buddy movies to watch with your guy friends

“We’re all hurting. All of us,” he says “These are difficult times.” All around him there is filth and violence and yet Hanks’ captain is not of it.

And this is the film’s big weakness. The script tries to suggest that our patient captain is riddled with guilt for what he did as a soldier, but the Hanks we see is just too pure and noble. When someone asks him about the motives for his quest – “They paying you or are you doing it out of the goodness of your heart?” – there’s just one answer. “I want to get you away from all this pain and killing, get you clear of it,” he tells the girl.

Hank’s Kidd never shoots first, despite being pursued by murderous thugs. He tries to connect North and South by showing cattlemen in Texas what they have in common with coalminers in Pennsylvania. Even facing off a racist mob, Kidd doesn’t back down – a champion of the poor and democracy. Here is the film’s heavy-handed message to us in (almost) 2021: “The war’s over,” he says. “We have to stop fighting.”

George Clooney’s Midnight Sky is an artistic, artful commentary on the environment and family

Greengrass’ approach is more slack here – certainly compared to his work on the Jason Bourne films – but he manages to add tension to virtually every scene, often with just an actor scanning the horizon.

Cinematographer Dariusz Wolski frames things like a high-art photographer with careful use of light and dark. Many of the best scenes are silent, enhanced by a wonderfully wistful score by James Newton Howard.

Anyone playing the girl faces a challenge but German actress Helena Zengel is a marvel. She can be wild in one scene, defiant later, curious the next and emotionally shut-down in another. She speaks volumes even without dialogue.

The film arrives in the same month we can see a grizzled George Clooney team up with a mute girl for a similarly dangerous quest in The Midnight Sky. It must be a boom time for ageing Hollywood heroes showing off their fatherly sides.