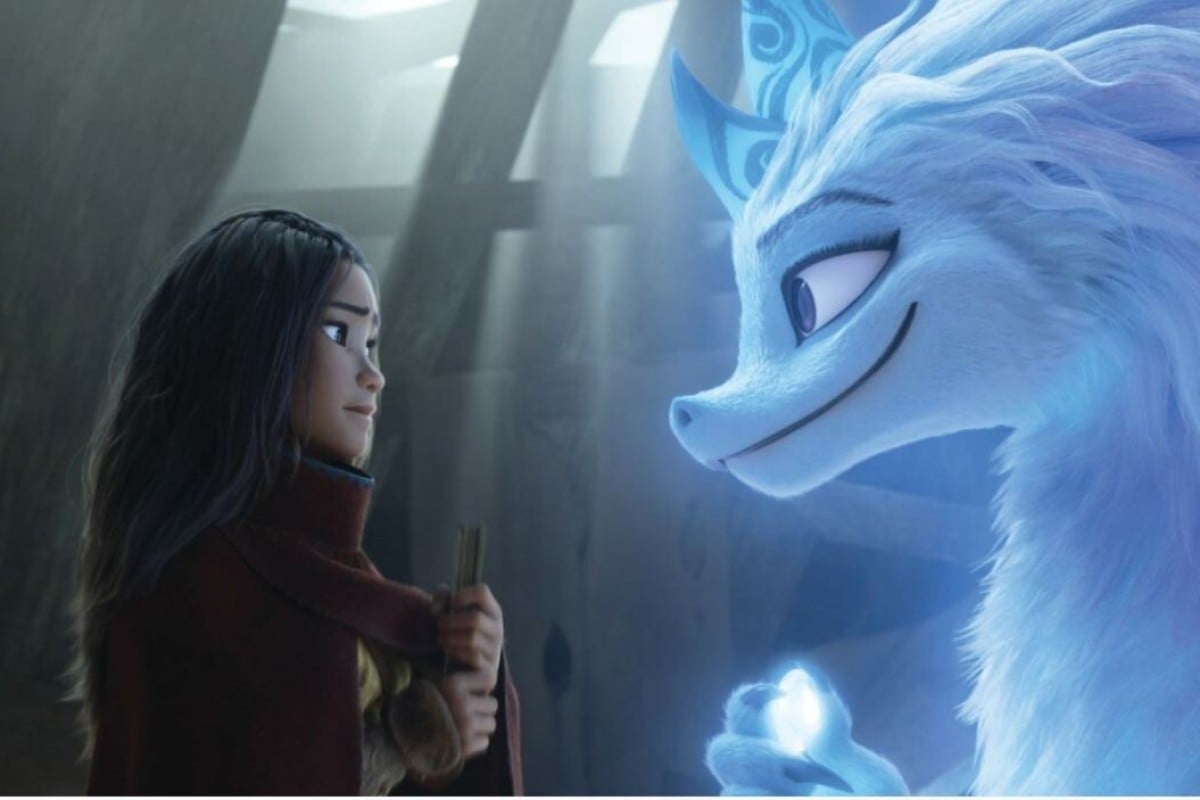 Raya sets off on an epic journey to seek the help of the legendary dragon, Sisu in Disney's upcoming Raya and the Last Dragon. Photo: Disney

Now representation is finally getting some (literal) airtime, expectations are high for movies rooted in indigenous cultures. But when the trailer for Disney’s upcoming film Raya and the Last Dragon dropped this week, reactions were mixed.

Set in the fantasy world of Kumandra, where humans and dragons used to live in harmony, the Disney animated adventure centres on lone warrior Raya (voiced by Kelly Marie Tran), faced with the return of the dangerous, monstrous Druun.

To save the world, Raya has to find the mythical last dragon: the magical and self-deprecating Sisu (Awkwafina).

Viewers were quick to share their thoughts of the trailer to social media, where reactions ranged from positive to pointing out some problems.

Some Twitter users pointed out an issue regarding representation in the casting.

The film focuses on Southeast Asian cultures, but the cast of Asian-American celebrities is made up of majority East Asian actors.

“i like raya so far but dang it still has so much east asian influence.... and just look at the cast lol” user @studiogabli tweeted.

“It sucks, it feels like Disney didn’t care to respect us,” user @avamarga_ posted.

Some also took issue with the US$29.99 streaming price.

But many fans were generally excited about the film, commenting on the welcome return to original stories rather than remakes, and the aesthetics.

Virana, the of the Fang Lands and mother to Raya’s nemesis Namaari (Gemma Chan) is voiced by Sandra Oh. Photo: Disney“I AM CRYING LOOK AT HER SHE’S GORGEOUS,” user @captlavenders tweeted.

How do you feel about the trailer?

Raya and the Last Dragon is set to hit cinemas and start streaming on Disney+ on March 5.