6 Netflix Christmas movies and TV specials you need to watch, from romcoms to fantasy 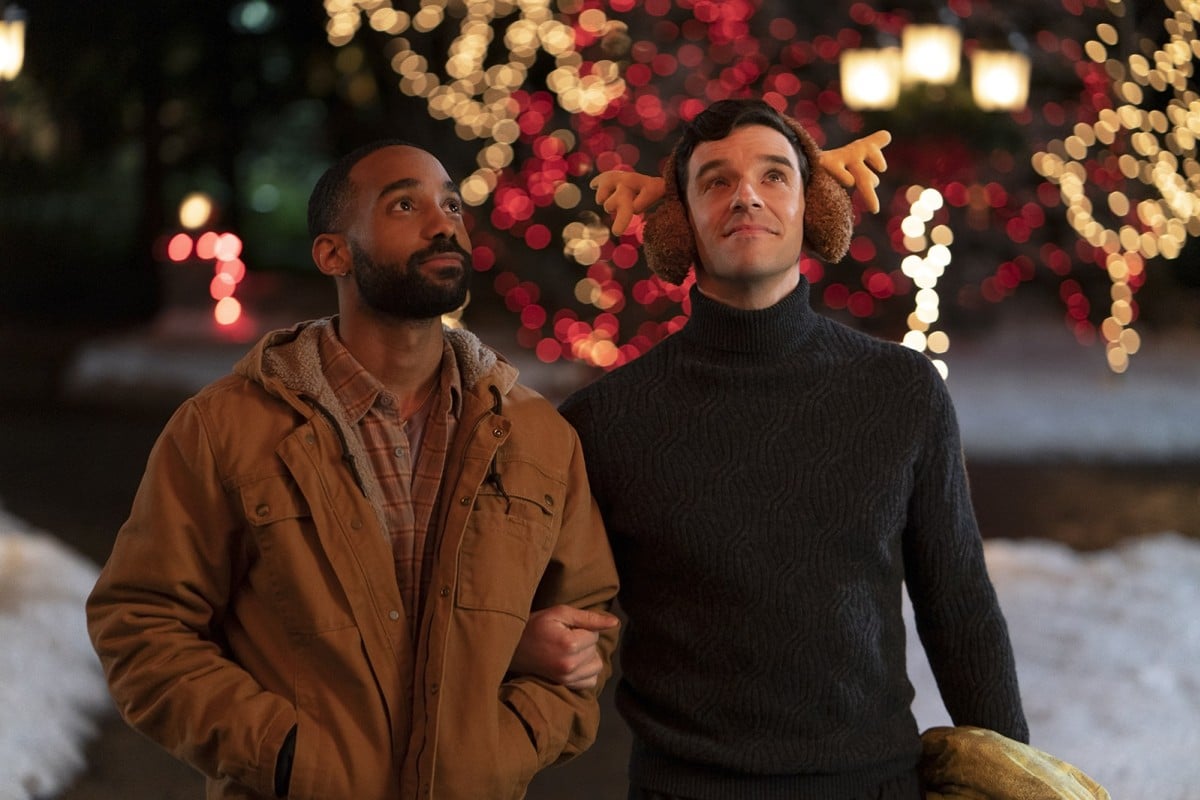 Congratulations, you made it to winter break! Kick back, relax, make some hot cocoa and curl up on the couch with these new Netflix Christmas movies, short films and television specials.

1. Single All the Way

Single All the Way is Netflix’s first gay Christmas romcom. It follows the story of Peter (Michael Urie), a social media strategist living in Los Angeles who is unlucky in love. After his latest break-up, he convinces his best friend and flatmate Nick (Philemon Chambers) to accompany him home for Christmas and pretend to be his boyfriend.

Their ruse quickly fails, and Peter’s mother (played by Kathy Najimy) sets him up on a blind date with a guy who is pretty much perfect. However, as Nick and Peter spend more time together and with Peter’s family, they start to realise there might be something more between them.

This film is incredibly cheesy, but that’s one thing that makes it so great: it’s cute, it’s predictable, and it’s queer.

It’s refreshing to see a film set around an LGBTQ romance that actually has nothing to do with coming out or dealing with one’s sexuality – something last year’s much-anticipated Happiest Season failed to deliver. Peter’s family is loving and supportive, and all they want is to see him happy with someone who loves him as much as they do.

From Home Alone to The Grinch, here are our must-watch Christmas flicks

Natalie Bauer (Nina Dobrev) is a writer in Los Angeles who documents her disastrous dating life. Natalie matches with a man named Josh Lin on a dating app, and after connecting through several long phone calls, she decides to fly out to his small town in New York to surprise him for Christmas.

When she arrives, she realises she’s been catfished by Josh (Jimmy O. Yang), who used the pictures of his former friend named Tag. However, Tag lives in the same small town, so Josh promises to set Natalie up with the real man in the pictures if she pretends to be his girlfriend for Christmas.

Love Hard checks a few of the typical Christmas film boxes, including a fake relationship and a writer in Los Angeles, and it has a predictable ending. But it’s still a fun, lighthearted watch. Just keep in mind that good relationships usually don’t start with lies.

Most Christmas films seem to take place in the US or Britain, so it’s really fun to see a holiday flick set somewhere else in the world. A Naija Christmas tells the story of a family in Nigeria.

After Mama (played by Rachel Oniga) is embarrassed by her friends, who remind her that all three of her sons are still single and that she’s the only one in their group who isn’t a grandmother, she sets up an interesting competition: the first son to secure a future wife by Christmas will inherit the family home.

It’s no small feat, however: her oldest son, a music producer, has a reputation as a ladies’ man, while her nerdy middle son recently went viral when his over-the-top public proposal was rejected. It’s a fun film that will give you a peek into Nigerian culture.

Christmas movies you can watch on Disney+

If you need a break from holiday romcoms, check out the fanciful story of A Boy Called Christmas. It tells the tale of a 13-year-old boy named Nikolas, who lives in the forest with his woodcutter father. His mother died a few years prior, and though he still mourns his loss, he takes comfort in the story of a magical place called Elfhelm.

One day, the King calls on his subjects and promises a big reward to anyone who is able to find something hopeful for the kingdom, and so his father leaves on a quest to find the mystical land.

Soon after his father leaves, Nikolas finds a mysterious map that confirms the existence of Elfhelm, so he sets out to give the map to his father and help him in his task. Since this is a Christmas movie, he is, of course, joined by a couple of loyal animal sidekicks: a talking pet mouse and a reindeer named Blitzen.

We could all use a break from reality, and A Boy Called Christmas is a great escape. Plus, the talking mouse is adorable: we’re talking Baby Yoda levels of cute.

This warm, cosy short film, which clocks in at only 32 minutes, was made by the team behind Wallace and Gromit. It follows the story of a Robin named, well, Robin. Before she hatches, her egg falls out of its nest and into a rubbish dump, where she is discovered by a family of mice that lovingly raises her as their own. Still, Robin feels like she stands out.

Aiming to find out who she really is, she makes a wish on a Christmas star and sets out to prove to her family that she is an excellent mouse.

You’ll definitely love the stop-motion animation of the film – it’s a welcome break from the overly-produced CGI flicks that dominate screens these days – and the whole vibe of the short will make you feel like you’re wrapped in a hug.

Whatever you do, avoid these terrible Christmas films

In this Christmas (errr, Freezie Day) special, Mochi (a tiny, talking mochi) and Waffles (whose dad is a frozen waffle and mother is a yeti) learn that holiday traditions aren’t just about food – they’re about making memories with people you love. It’s a great show to watch with a little brother or sister, and you’ll find yourself going “Awww!” more than once.