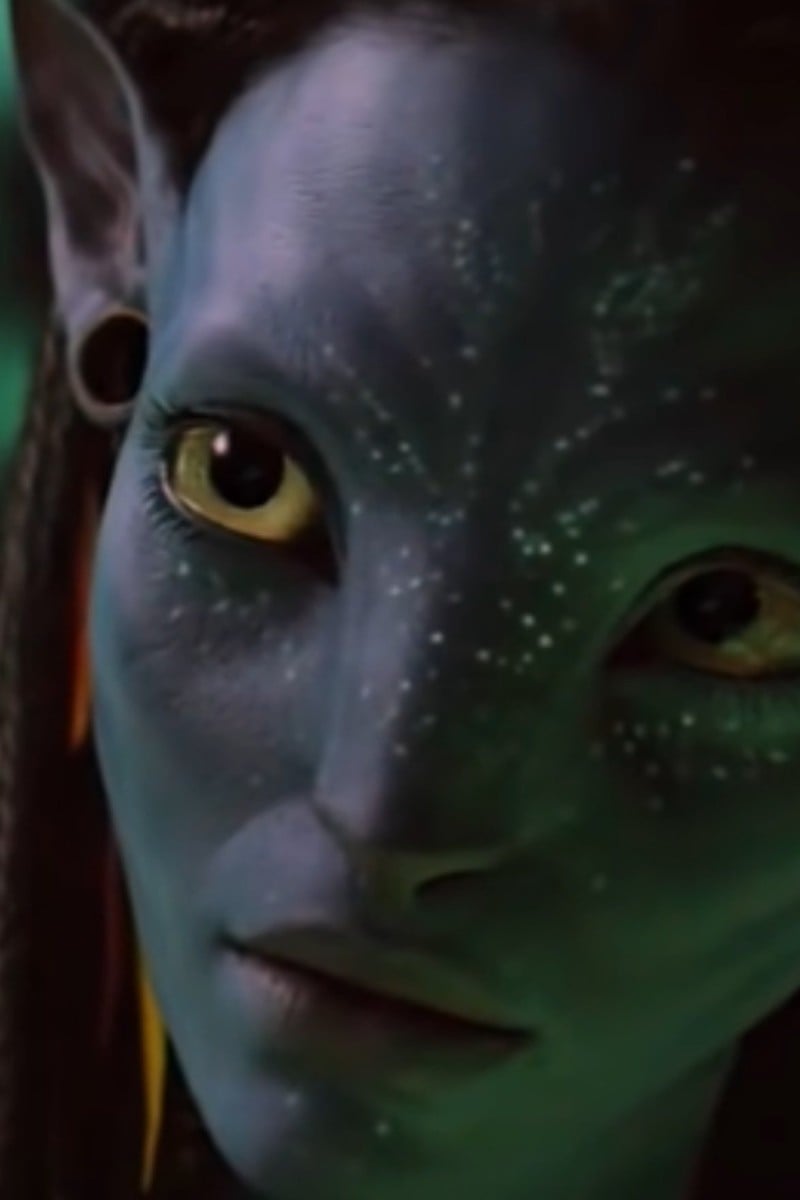 22 movies you need to watch in 2022, from ‘Fantastic Beasts: The Secrets of Dumbledore’ to ‘Avatar 2’ 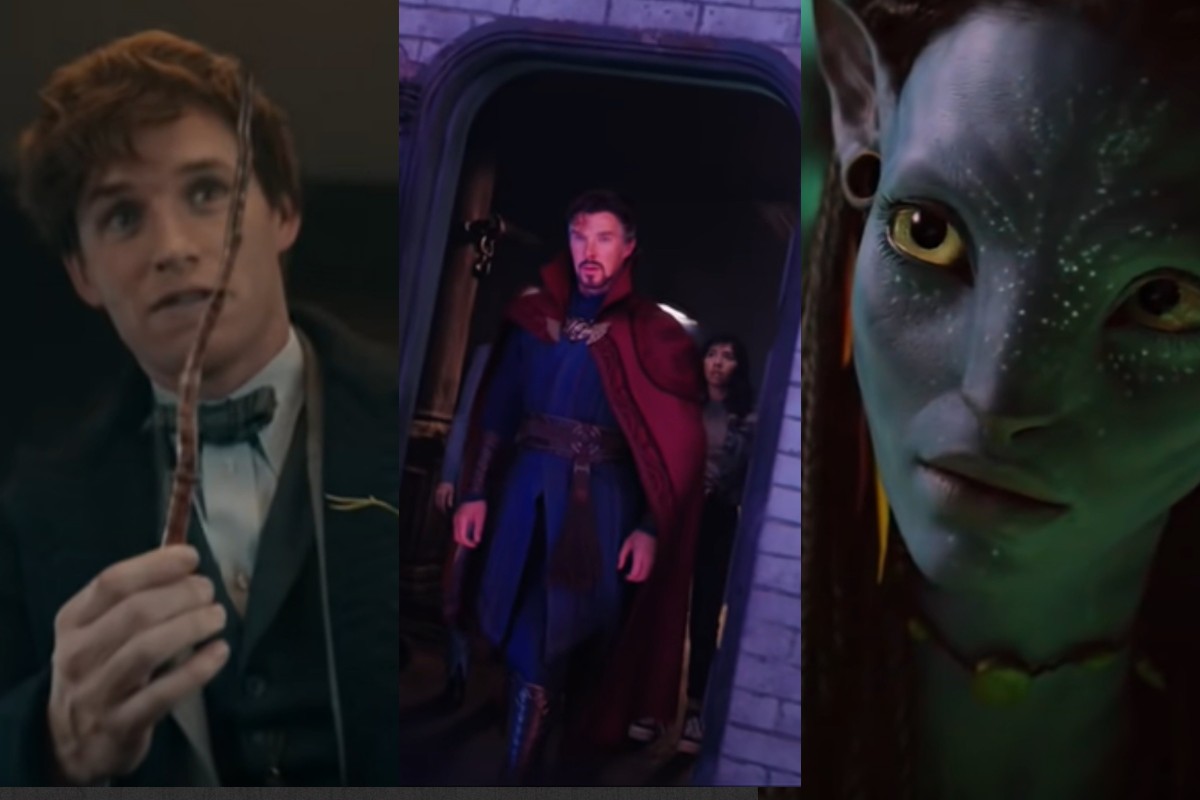 Get ready for these films to hit the big screen. Photo: YouTube

Buckle up for a blockbuster year at the box office.

Although cinemas continue to contend with Covid-19 challenges, the 2022 film schedule features some of the biggest new releases in recent memory.

Theatres are fully open, and as last year’s record-setting Spider-Man: No Way Home proved, film-goers will show up in droves for the right film.

From comic superheroes to music biopics and a double-dose of Tom Cruise, here are the top titles that we’re looking forward to in 2022.

Fresh off the historic success of Spider-Man: No Way Home – by far the highest-grossing film of the pandemic – Tom Holland gets plugged into another big franchise with his adaptation of a wildly popular video-game series.

Holland, 25, has emerged as one of Hollywood’s top leading men, and it will be intriguing to see him explore another type of character with the fortune-hunting Nathan Drake. It opens on February 18.

A loaded line-up of DC Comics movies begins March 4, when a new Dark Knight rises with Robert Pattinson starring in The Batman. The former “Twilight” star will be the latest actor to don the cape, after Michael Keaton, Ben Affleck and Christian Bale.

We’ll also see the debut of Dwayne Johnson’s Black Adam on July 29, Ezra Miller’s first superhero stand-alone with The Flash on November 4, and Jason Momoa taking the plunge again with Aquaman and the Lost Kingdom on December 16.

Another title expected to get tails wagging on May 20 is the animated DC League of Super-Pets, led by a star-powered voice cast including Johnson, Kevin Hart, Vanessa Bayer and John Krasinski.

Slated for an exclusive release on Disney+, the new Pixar film hopes to be a streamer’s dream with a fantastical story about a teenager who turns into a giant red panda whenever she gets overly excited.

The Australian film is a psychological drama based on the life of mass murderer Martin Bryant, who killed 35 people in the 1996 Port Arthur massacre.

Nitram, which is Martin spelt backward, debuted last year at the Cannes Film Festival, where star Caleb Landry Jones won best actor and the film contended for the Palme d’Or award. It opens on March 30.

Fantastic Beasts: The Secrets of Dumbledore

The magic of these Harry Potter spin-off films is their ability to give a much wider view of the wizarding world, including highlighting New York’s role in the lore.

The series’ third instalment promises to leave viewers spellbound as they learn more about the mysterious life of Jude Law’s enchanting Dumbledore, while Eddie Redmayne is back in the lead role of Newt Scamander. Get your wands ready: It opens April 15.

Even by Marvel’s super-powered standards, 2022 is poised to be a heroic year for the studio, with three major sequels on the way.

Fan-favourite sorcerers Doctor Strange and Wanda Maximoff conjure an epic adventure with Doctor Strange in the Multiverse of Madness on May 6, and lightning strikes again as star Natalie Portman returns to the franchise for Thor: Love and Thunder on July 8.

Marvel wraps up its big year with Black Panther: Wakanda Forever, out November 11, in the franchise’s first film since the 2020 death of beloved star Chadwick Boseman. Fans have recently petitioned for his King T’Challa role to be recast.

The Unbearable Weight of Massive Talent

Nicolas Cage plays a fictionalised version of himself. Need we say more?

The premise of this action-comedy involves Cage having to embody roles from his career under unusual circumstances after he attends the birthday party of a rich fan, played by The Mandalorian stand-out Pedro Pascal. This hits theatres on April 22.

The much-anticipated follow-up to 1986′s classic finally appears ready for a May 27 take-off after two years of Covid-related delays.

Emotions are sure to enter the danger zone as audiences watch Tom Cruise jump back into the cockpit, again portraying Maverick during a high-stakes mission. Do you feel the need? The need for speed?

Life, again, finds a way in the third chapter in the Jurassic World trilogy with a story about humanity grappling with genetically enhanced reptiles on the loose.

This film stars plenty of dinosaurs, as well as Chris Pratt and Bryce Dallas Howard, while adding original Jurassic Park cast members Sam Neill and Laura Dern in what should be an enticing mix of nostalgia and a new thrills. Jeff Goldblum, who made a cameo in the previous Jurassic World film, also returns. The film opens June 10.

There’s already plenty of buzz around Lightyear, which is due June 17.

Pixar’s animated Toy Story spin-off stars Chris Evans as the human version of Buzz Lightyear, a space ranger whose feats were so out-of-this world, they made an action figure out of him. To infinity and beyond!

Austin Butler is ready to rock the role – sideburns, gyrating hips and all – of Elvis Presley in a biopic about the rock icon.

And if that isn’t enough to get you all shook up with excitement, Tom Hanks also stars as Colonel Tom Parker, the manager who discovered Presley and changed the music scene forever. It opens June 24.

Although the premise remains a mystery, audiences will surely say “yes” to Nope based on who’s making it.

It’s the third horror film directed by the ever-clever Jordan Peele, whose previous two – Get Out and Us – were huge hits. The film, out July 22, stars Oscar winner Daniel Kaluuya, who worked with Peele on Get Out. He is joined by Keke Palmer and Steven Yeun.

The psychological thriller seems to have all the components of an award-season darling, with an intriguing premise about a secret-filled marriage and a cast featuring Florence Pugh, Harry Styles, Gemma Chan and Olivia Wilde.

Don’t Worry Darling is the second film directed by Wilde, whose first – the raunchy coming-of-age comedy Booksmart – was critically adored. It opens September 23.

Cruise’s huge year continues with his latest Mission: Impossible jaunt, which has also experienced multiple postponements due to the pandemic and is now due September 30.

Should you choose to accept it, the seventh instalment of the franchise will see the return of staples Rebecca Ferguson, Simon Pegg and Ving Rhames. Hayley Atwell also joins this time around.

Spider-Man: Across the Spider-Verse (Part One)

The original 2018 Spider-Verse film moved audiences with its stunning animation, heartfelt story and introduction to the relatable hero Miles Morales.

Another adventure will soon be in full swing with a film exploring alternate dimensions while depicting another version of Spider-Man, voiced by Oscar Isaac. It opens October 7.

Not only is Michael B. Jordan back to pack a punch as the boxing son of Apollo Creed – he is also directing the latest instalment.

The previous two Creed movies expanded the legacy of the Rocky franchise in a captivating way by sharing a different character’s perspective. Viewers can now look forward to seeing how Jordan’s vision extends behind the camera. This opens on November 23.

Fans will be over the moon to finally return to Pandora more than a decade after the original Avatar film became the highest-grossing film of all time.

It’s one of four sequels that writer-director James Cameron plans to release by 2028. Familiar faces such as Sam Worthington, Zoe Saldana and CCH Pounder return for the sure-fire sci-fi blockbuster due December 16.